With series done and dusted, India aim to avoid ‘Banglawash’ 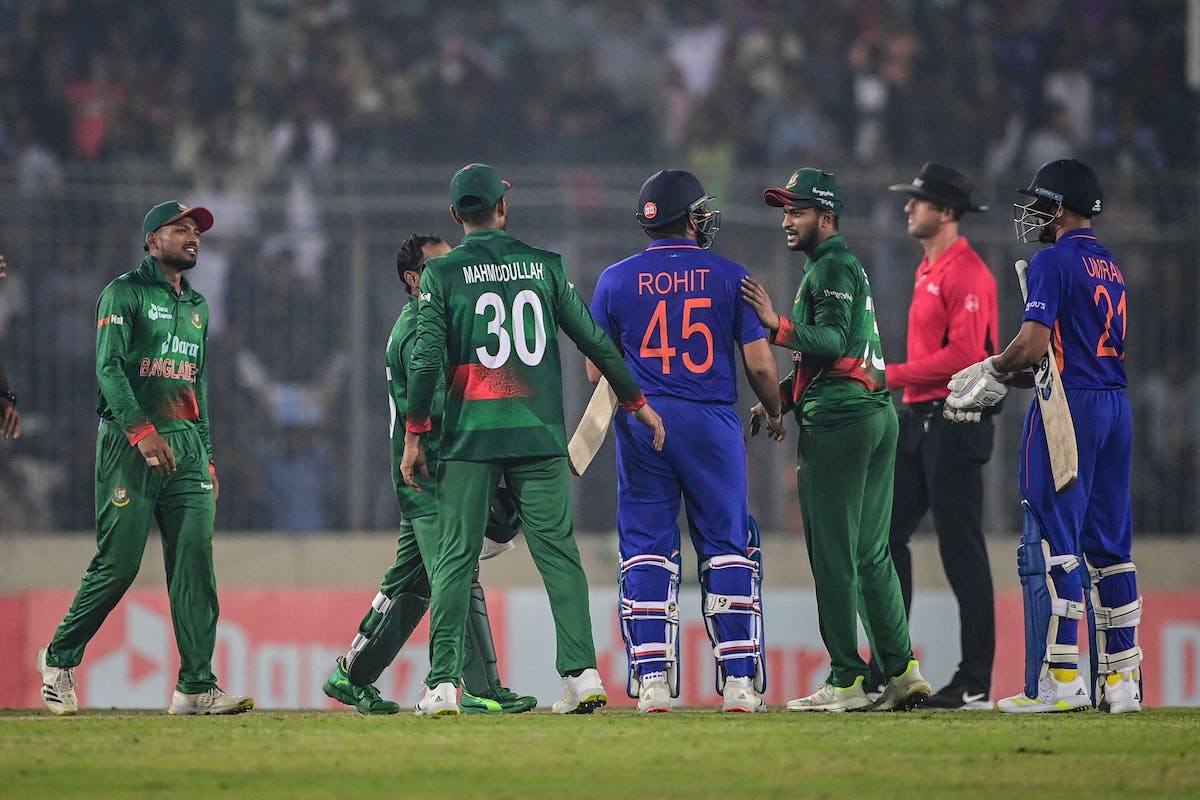 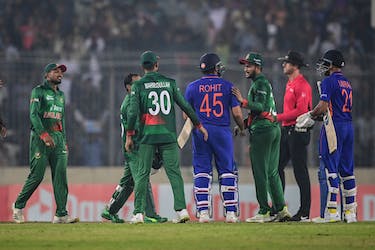 With series done and dusted, India aim to avoid ‘Banglawash’

ODI Super League points don’t matter to India given they are the hosts, but there is plenty of pride at stake

After being whitewashed away in South Africa, getting knocked out in the Super 4 stages of the Asia Cup, suffering humiliation in the semi-finals of the T20 World Cup and falling short in the ODIs in New Zealand, team India, in the Dravid era, have added yet another unwanted achievement next to their name by suffering a series defeat at the hands of Bangladesh.

While it’s true that the Men in Blue have been anything but full strength against the Tigers, the stinging series defeat comes as a major disappointment nevertheless, particularly given the fact that they’ve squandered both the matches from winning positions. Quite concerningly, both batting and bowling has been at fault.

The back-to-back gut-wrenching defeats mean that India will be heading into the third ODI on Saturday aiming to avoid a whitewash. Or, just to add a bit of spice, a Banglawash.

ODI Super League points don’t matter to India given they are the hosts, but make no mistake, there is plenty of pride at stake. A whitewash at the hands of Bangladesh, a team that India have historically had the better of, will not go well with the masses.

But not just pride. Bangladesh, as things stand, have all the momentum and it’d be key for the visitors to get some back on their side ahead of the all-important two-Test series starting next week. Different formats, different individuals etc, true, but you’d still much rather head into the red-ball contests with a win under your belt.

India will be contesting the dead rubber on Saturday without their incumbent skipper Rohit Sharma, who has been pulled out of the final ODI as precaution after he suffered a thumb injury in the second. The Men in Blue, therefore, will be led by KL Rahul.

After two games at the Shere Bangla National Stadium in Dhaka, the caravan moves to Chattogram. Rahul and his men will be hoping that the change of venue brings about a change of fortune.

Last chance for Shikhar Dhawan to make an impression? 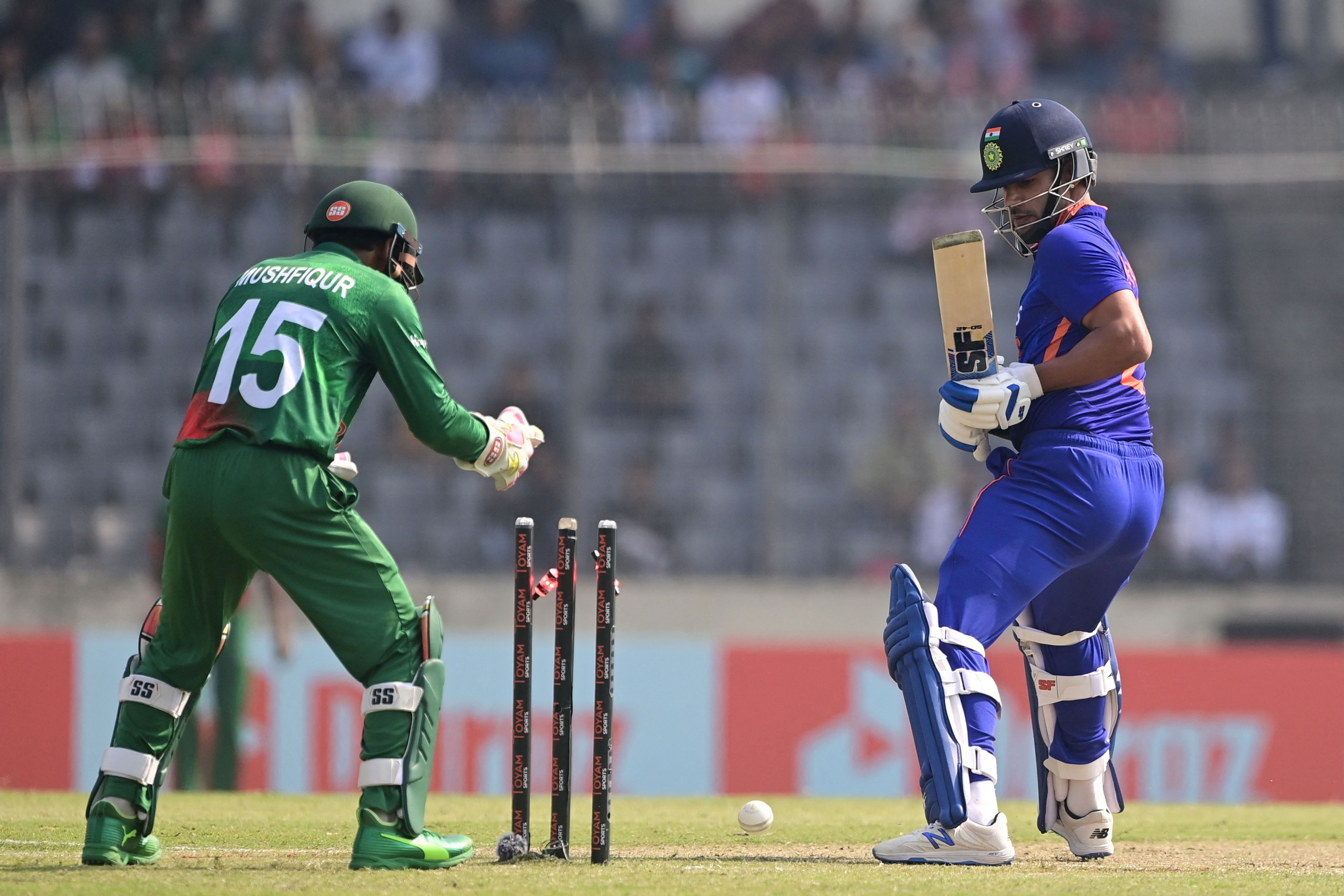 We do not know how much faith the management exactly have in Shikhar Dhawan, and how long a rope they’ve planned to give him. But it certainly feels like time is running out for the 37-year-old who, of late, has struggled big time to leave a mark.

Dhawan entered this series under significant pressure, having averaged 24.00 in the preceding 7 ODIs, with this 168 runs in the said period coming at a dismal strike rate of 67.20. Though he’d been backed over Shubman Gill, the general consensus was that he was still running on borrowed time.

Fair to say, things have gone from bad to worse for the veteran, who in the first two matches of the series looked like a deer in the headlights.

Dhawan backed up his 17-ball seven in the first ODI — where he was bowled by Mehidy Hasan — with another single digit score in the second, and in the 10 balls he was at the crease, he nearly got dismissed thrice. The southpaw inspired no confidence and did not look like a batter that had over 160 ODIs of experience.

Every batter goes through a lean patch, of course, but in Dhawan’s case, the concern is that he’s looked like a shadow of his own self for an extended period of time: in 21 ODIs this year, he’s averaged 36.05 having struck at under 75.00. Those are alarming numbers by 2022 standards.

There’s still quite a long way to go for the 2023 World Cup, but one just gets the feeling that the third ODI could very well be Dhawan’s last opportunity to prove that he deserves to be the incumbent. One more failure and he could very well go behind Gill in the pecking order.

Where is Rahul going to bat? 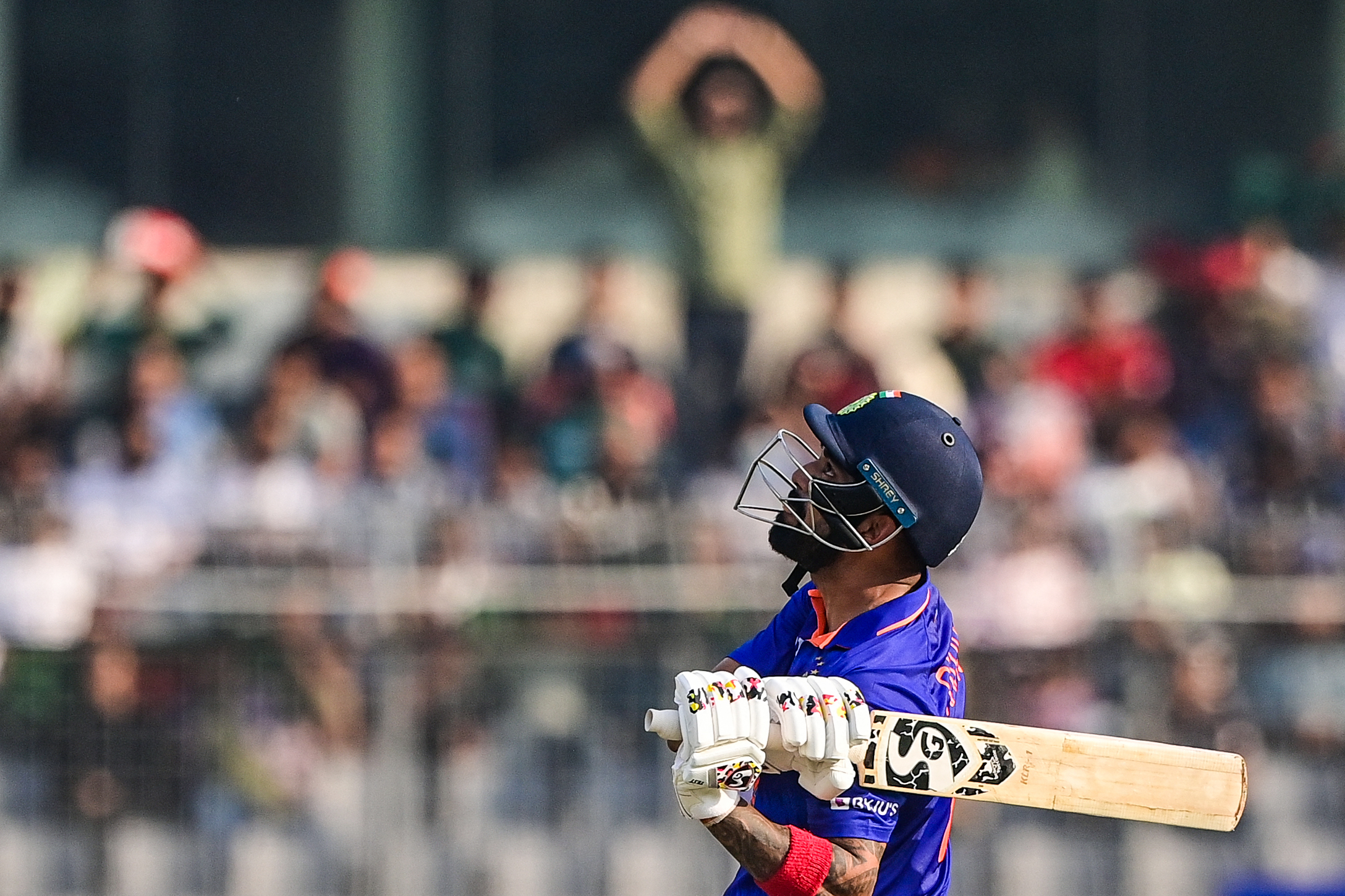 As team India walked out for the chase in the second ODI, several Indian fans breathed a sigh of relief when they found out KL Rahul was not going to open. Rahul, in recent times, has been moved up and down the order so much in ODI cricket that it came as a relief to see him being continued in the No.5 slot, a position where he’s excelled.

But now that Rohit Sharma is confirmed to miss the third ODI, where will Rahul bat in Chattogram? Ideally No.5, yes, but it’s hard to predict. Because in 5 of the last 6 ODIs in which Rohit did not feature, Rahul opened.

From the team’s perspective, it’d be preferable if Rahul continues to bat at No.5. Not just because that points to role clarity, but simply because in ODI cricket, the 30-year-old is better in the middle-order than he is up top: as an opener in ODI cricket, Rahul averages 43.57 but strikes at a mere 79.70. These numbers shoot up to 54.00 and 108.87 respectively while batting at No.5.

Where Rahul bats, one suspects, will say a lot about the management’s thought process. Should Rahul go back to opening, it could be the indicator that he — and not Gill — is being seen as Dhawan’s potential successor. Such a move will also, in the long term, free up a slot for Rishabh Pant in the middle-order.

But if Rahul stays at No.5, it’ll probably clear all doubts. We can certainly rest assured that he’s viewed as a middle-order option for the forthcoming World Cup.

No Chahar, Kuldeep Sen for the third ODI

Not just Rohit, India will also be without the services of Deepak Chahar and Kuldeep Sen for the third ODI. Given the lack of seam-bowling options in the squad, Shahbaz Ahmed will, in all likelihood, take Chahar’s spot in the XI. Kuldeep Yadav, too, has been added to the squad as cover but it's still unlikely that he'll get a game.

Who replaces Rohit is still up for debate. Pecking order wise, Ishan Kishan gets in ahead of the rest. But this dead rubber is a golden opportunity for the management to deservedly hand an international cap to someone like a Rahul Tripathi. He’ll be a fine like-for-like replacement, given he’s also a right-hander.