With series on the line, Windies look to iron out flaws 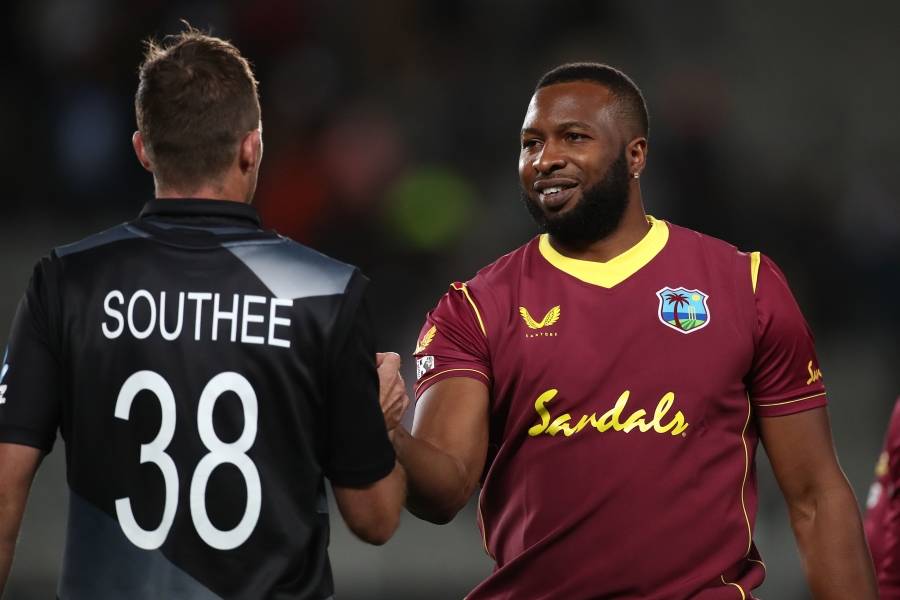 With series on the line, Windies look to iron out flaws

The action shifts to Mount Maunganui, south of Auckland, as New Zealand and West Indies lock horns in the second T20 International (T20I) on Sunday (November 29). The first game at Eden Park witnessed a see-saw battle, but it was New Zealand who held their nerve and went on to register a five-wicket victory – much to their relief as it came on the back of the 5-0 whitewash they suffered at the hands of India earlier this year.

Rain interruptions had reduced the game to a 16-over affair on Friday (November 27) and it could be a similar scenario at Mount Maunganui too as showers are expected during the match but may not be strong enough for the game to be called off. The wet outfield saw bowlers struggle to grip the ball in the first game and, as a result, there were many wayward above-waist no-balls, so much so that Hamish Bennett had to be taken out of the attack as he had bowled two such vicious deliveries.

West Indies were in the game for most parts – most notably recovering after sliding from 58 for no loss to 59 for 5, to post a total of 180 in 16 overs. But their bowlers coupled with a couple of blinding knocks from the Kiwi batsmen took the game away from them.

West Indies had scored 55 from just three overs at the start, largely due to New Zealand’s abysmal lengths. Most of their deliveries (7) in that period were back of a length which went for 25 runs. When they bowled a tad fuller, they managed to knock the batsmen over sumptuously, picking up five wickets for five runs between overs four and six. Lockie Ferguson was the wrecker-in-chief for his side in that period and eventually finished with 5 for 21.

It was Kieron Pollard, who once again led from the front with the bat, scoring an unbeaten 37-ball 75 to give West Indies an excellent chance. In fact, in T20s in 2020, he has the highest strike-rate among batsmen who have scored at least 250 runs. 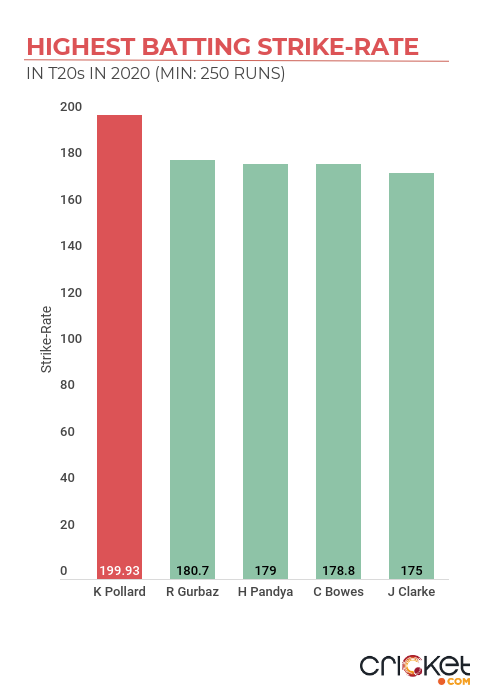 He put on 84 runs with Fabian Allen (30) for the sixth wicket, which brought West Indies back into the game in the first T20I, but once his partner was dismissed, he launched a massive assault on the opposition striking four sixes and a four off the final 15 balls of the innings.

The brand of fearless cricket West Indies have played since Pollard took over as captain was evident, but they’ll also need someone from the top three or four to take more responsibility, which will give Pollard more freedom to go berserk later on. 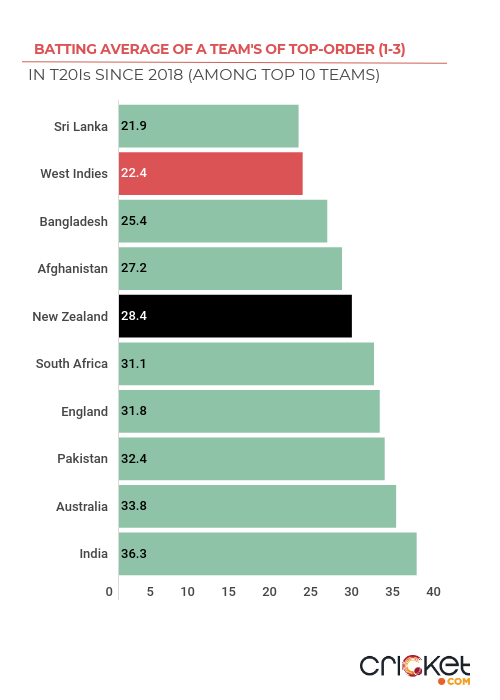 Coming to the bowling, New Zealand’s failure to contain teams especially at the death is nothing new as their economy rate of 9.8 in T20Is since 2018 depicts. The same can be said about West Indies as well, who have leaked runs at an average of 9.4 runs per over during the same period.

In his brief international career so far, Bennett has somewhat proved to be a liability to the team, having already given away 50 or more runs twice in six innings. He could perhaps be replaced with someone like Daryl Mitchell, who not just gives New Zealand a more stable bowling option but could be a handy bat as well.

Ferguson may not have played as many games as he would have liked for the Blackcaps of late, but in T20Is since 2018, he has picked up 15 wickets at 12.3, with an economy rate of well under seven, picking up a wicket every 10.8 deliveries. Moreover, he has played just seven matches! Negotiating him will once again be key and this is where the West Indies top-order will have to play a huge role.

In fact, given that leg-spinners (12) have picked up the most wickets after pacers (55) at Bay Oval in T20s since 2018 and it might not be a bad idea for both teams to bring in their leg-spinners.

REPORT
Third T20I between New Zealand and West Indies called off due to rain
Only 2.2 overs were bowled before rain halted proceedings in the final match of the series