World Cup 2019: When England hammered Australia in a semi-final 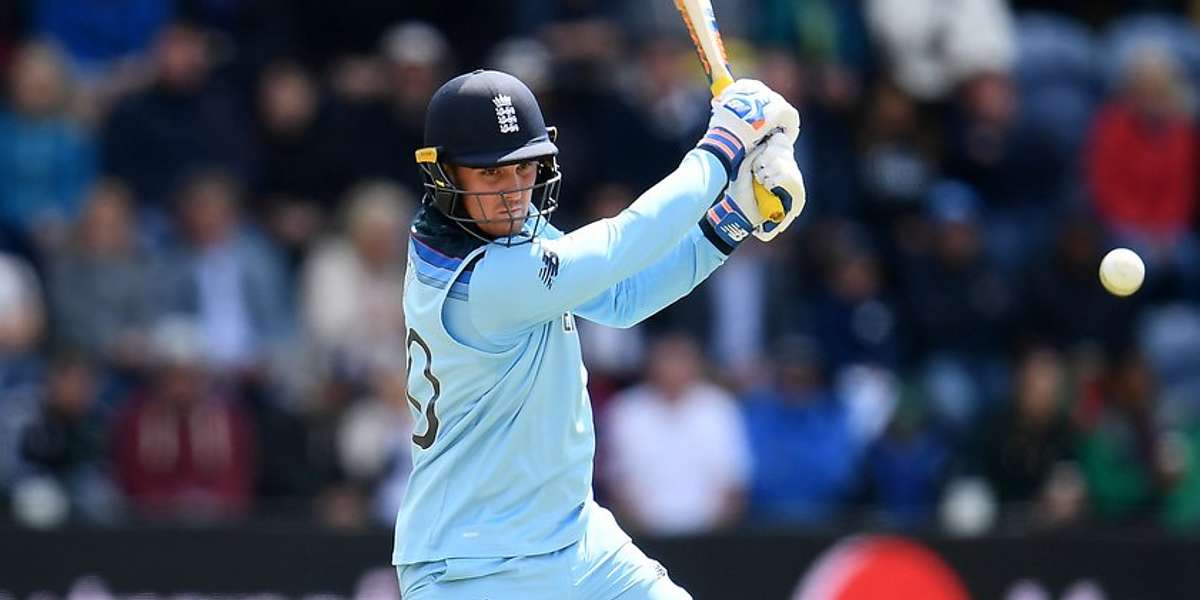 World Cup 2019: When England hammered Australia in a semi-final

On this day, England thumped their arch-rivals Australia by eight wickets in the semi-final of the 2019 World Cup and got one step closer to their maiden 50-over ICC title. The likes of Chris Woakes, Adil Rashid and Jofra Archer shone in the bowling department before opener Jason Roy smashed a 65-ball 85 to help the hosts chase down the total with 107 deliveries to spare. The Eoin Morgan-led side then went on to defeat New Zealand in the final by "the barest of margins" and won their first World Cup.

England failed to make it to the knockouts of the 2015 World Cup in Australia and were forced to revamp their white-ball structure. It took them a couple of years but England soon became a formidable force in limited-overs cricket under the solid leadership of Morgan. They came into this World Cup as red-hot favourites but suffered three disappointing defeats in the group stage and were almost knocked out of the tournament. England desperately needed to win this title but their journey wasn't as smooth as they would have expected.

They smashed South Africa by 104 runs in the tournament opener but suffered a shocking defeat at the hands of Pakistan in only their second encounter. They then managed to topple Bangladesh, West Indies and Afghanistan but after suffering back-to-back defeats at the hands of Sri Lanka and Australia, it looked like England's World Cup-campaign would once again end up in disappointment. They had to beat India and New Zealand in their last two group encounters to make it to the semi-finals which they successfully managed to do so.

Meanwhile, the defending champions Australia won seven out of their nine group-stage games and were the first team to qualify for the semi-finals. There only two defeats came against India and South Africa. They even got the better of England by 64 runs at Lord's, with skipper Aaron Finch scoring a century and Jason Behrendorff and Mitchell Starc sharing nine wickets between them.

Woakes and Archer dismantled Australia's top order after Finch won the toss and opted to bat first at Edgbaston, Birmingham. After Archer pinned Finch right in front of the stumps for a golden duck, Woakes got rid of David Warner and Peter Handscomb in quick succession and reduced Australia to 14 for 3.

Australia were in desperate need of a partnership and they finally got some stability when Steven Smith and Alex Carey added 103 runs for the fourth wicket. The wicketkeeper-batsman showed tremendous courage despite suffering a severe blow to the chin from Archer that left him bleeding and requiring stitches. Both Smith and Carey batted smartly and kept the scoreboard moving. Smith completed his fourth half-century of the tournament and just when the partnership was starting to look dangerous, legspinner Rashid got rid of Carey (46) and Marcus Stoinis (0) in the same over to once again push Australia on the back foot.

Coming in at No. 7, Glenn Maxwell played a couple of exciting shots in his 23-ball 22 but couldn't keep going. Smith however refused to give up and added 51 runs with Starc for the eighth wicket. He crafted six fours before getting run out for a 119-ball 85 in the 48th over. Starc too was dismissed for 29 and Australia were bundled out for 223 in 49 overs. For England, Woakes and Rashid claimed three wickets each, while Archer took two important wickets of Smith and Maxwell.

Australia were bowled out for a below-par total but in the group stage, they had knocked over England for 221, but the home side didn't have Roy back then. The explosive opener took the attack to Australian bowlers, especially Starc who finished with figures of 1 for 70 in nine overs. Nathan Lyon too was smoked for 49 runs in his five overs. Meanwhile, his partner Jonny Bairstow took the backseat and allowed Roy to dictate terms.

The two openers added 124 runs in 104 deliveries before Starc got rid of Bairstow for 34, but by then the game was already done. Roy, who blasted nine fours and five maximums, couldn't complete his century and was dismissed by Pat Cummins in the 20th over. Australia needed quick wickets to get back into the game but Joe Root (49*) and Morgan (45*) shared an unbeaten stand of 79 to propel England over the line with more than 100 deliveries to spare.

Woakes was named player of the match for picking up 3 for 20. This was the first time ever Australia were beaten in the World Cup semi-finals. Prior to this, they had won seven semi-finals.

The final between England and New Zealand ended in a tie and the match went down to the Super Over. Stokes, who played an unbeaten knock of 84 and helped England finish on the exact score that the Black Caps had managed, along with Buttler posted 15 runs in the Super Over. James Neesham and Martin Guptill then tried their best but Archer restricted them to the exact same score - 15 - and even the Super Over ended in a tie. But, it was England who won the World Cup on a boundary count (26-17) - after a tied match, and a tied Super Over. 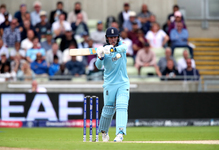