Would be emotional thinking about de Villiers if RCB win IPL title: Kohli 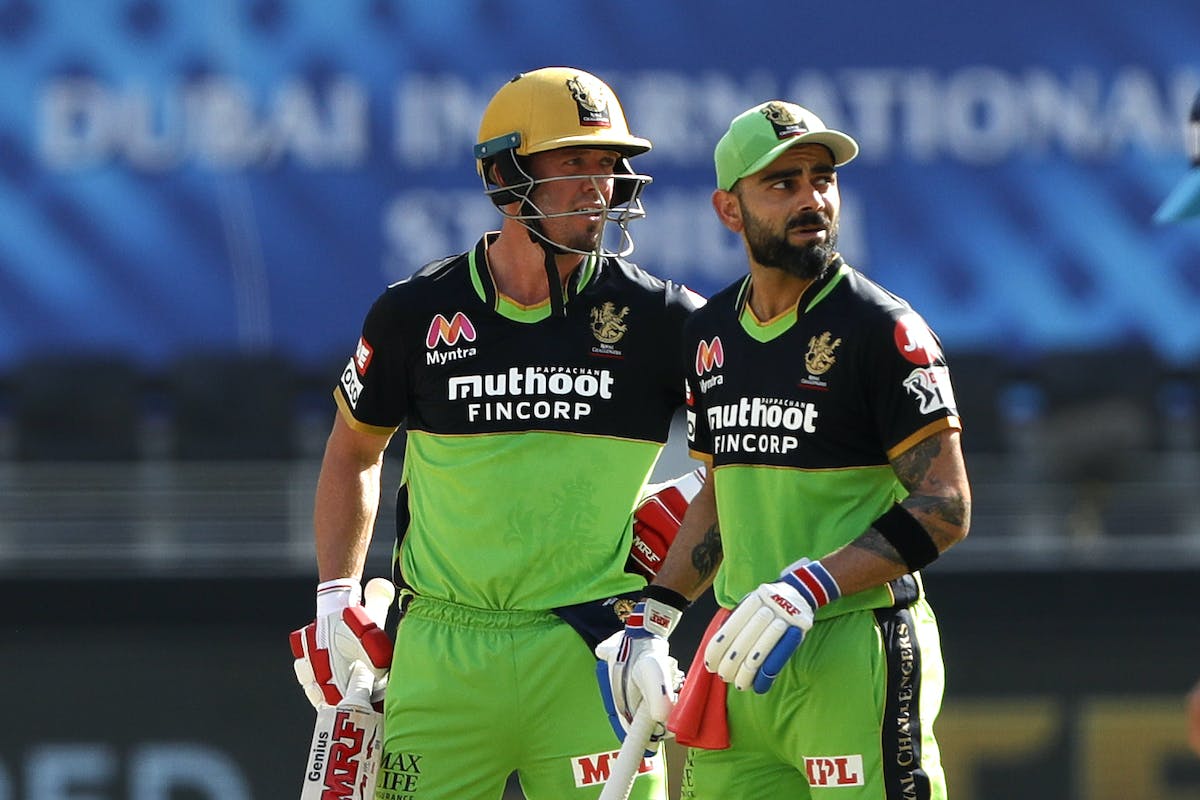 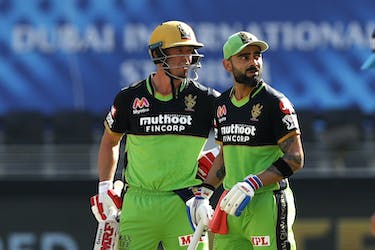 Would be emotional thinking about de Villiers if RCB win IPL title: Kohli

Royal Challengers Bangalore (RCB) batter Virat Kohli says he will be emotional thinking about AB de Villiers of the franchise would go on to win its maiden Indian Premier League (IPL) title this year.

After 11 seasons with RCB, de Villiers announced his retirement from all forms of cricket after the IPL last year.

"The other day, it got me thinking, if we manage to win the title in the coming seasons, I would be very emotional thinking about him first," Kohli, who had stepped down as captain after the 2021 season, said on RCB Bold Diaries.

"Rather than what I would experience after such hard work of so many years, I would actually think of him.

"It would still mean a lot to him even if he is watching the game from home. He is a special human being as he has touched everyone, and we all can vouch for that," he added.

Kohli also revealed that he had a suspicion that the South African batting great would call it a day.

"It's very strange I mean, I clearly remember when he decided to finally call it a day. He sent me a voice note, we were coming back from Dubai after the World Cup. I got a voice note from AB de Villiers while we were driving back home.

"I kind of had the impression and was guessing it in the last IPL. Our rooms were next to each other, and we would walk the same way and disperse, every time we walked to our room and he would see me outside, he would be like 'I want to see you for coffee, one of these days'.

"I kept getting nervous and was like 'I am not sitting with you because I think there is something coming' to which he always said 'No man there is nothing, I just want to have a chat with you, it's been a while and he never speaks like that because we interact all the time."

Kohli and de Villers -- the two talismans had raised the batting standards in the IPL year after year and shattered numerous records along the way. "So, I knew something is brewing up. It is a very strange feeling I got very emotional. The voice note was very emotional as well for me when he said, Look I don't have it in me anymore.'

"I have shared so many moments with him, highs and lows, everything we have been through he was right next to me."