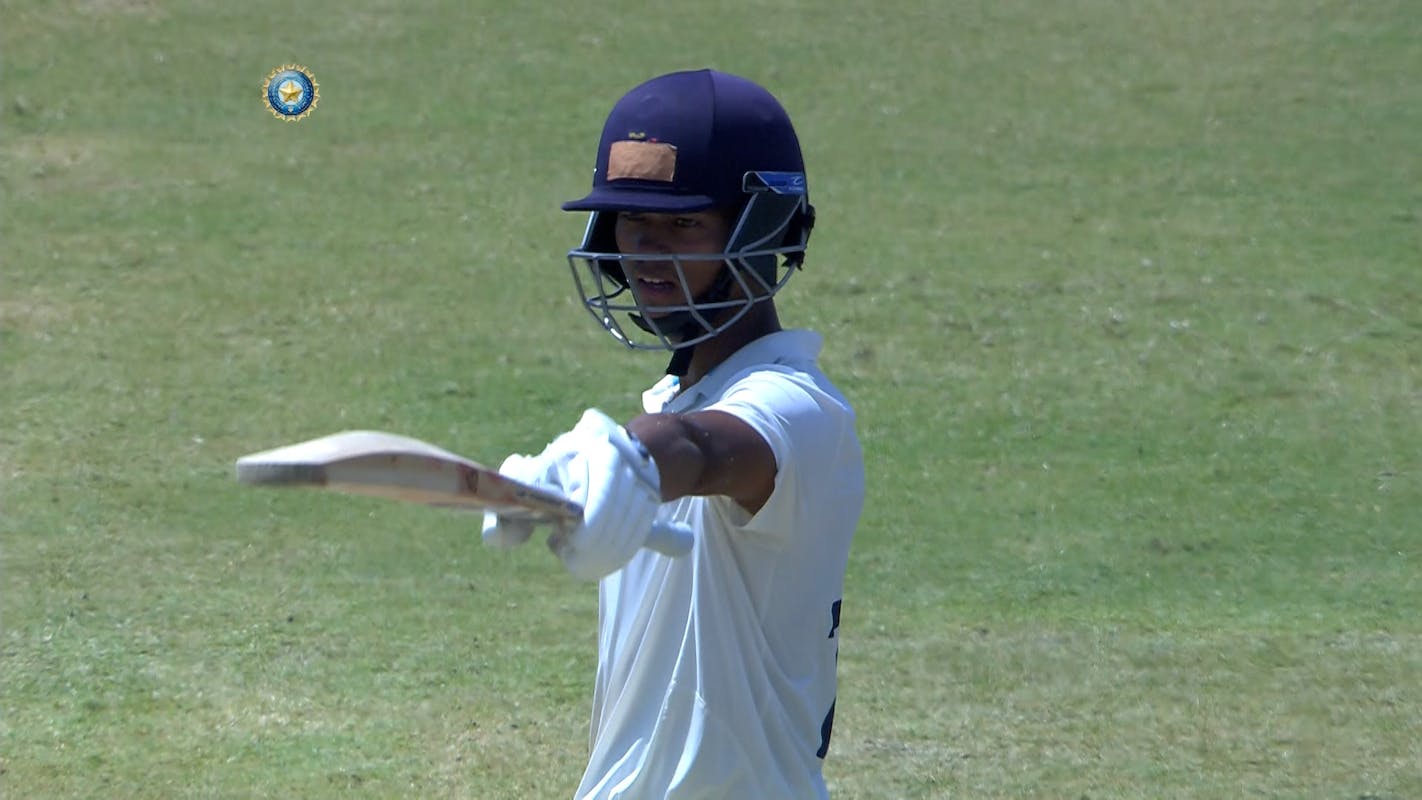 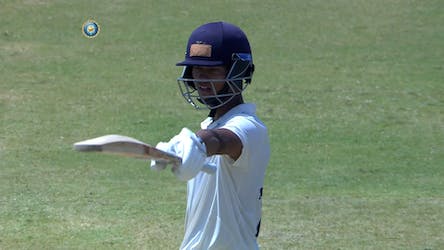 West Zone thrashed South Zone by 294 runs to win the 2022 Duleep Trophy here on Sunday, completing the formalities before lunch on the fifth and last day's play.

Set an improbable target of 529 runs for an outright win, South Zone were bowled out for 234 in 71.2 overs, with left-arm Shams Mulani (4 for 51) picking up three of the four wickets to fall on the final day.

Resuming at 154 for six, South batters Ravi Teja and R Sai Kishore defied the West attack for nearly two hours. Most of the South Zone's experienced batters failed and fell to the pace duo of Atit Sheth and Jaydev Unadkat on the fourth evening, leaving the team in a hopeless situation.

Teja (53) batted with resolve and was well supported by lanky Sai Kishore, who kept the bowlers at bay for 82 deliveries for his seven.

The duo added 57 runs in 157 deliveries, handling the West bowlers with circumspection. While Teja got three boundaries and hit a six, Kishore was content in defending and spending time in the middle.

Medium-pacer Chintan Gaja broke through with the score at 203 when he had Kishore caught by Priyank Panchal.

Karnataka off-spinner K Gowtham who joined Teja made sure the West bowlers were made to work hard for more success. They added 23 runs and threatened to extend the game past the lunch break.

Mulani trapped Ravi Teja leg before wicket after he had scored a half-century. Basil Thampi (0) was the next to go, caught by Sarfaraz Khan off Mulani before Tanush Kotian had Gowtham (17) to end South's resistance.

West Zone had amassed 585 for four before declaring in their second innings after conceding a 57-run first-innings lead to their opponents.

Prolific run-scorer Sarfaraz Khan recorded a fine, unbeaten century (127 off 178 balls) while Yashasvi Jaiswal made a monumental 265 in the second innings to help set the game up for the Ajinkya Rahane-led West Zone.

Meanwhile, West captain Rahane decided to ask Jaiswal to leave the field after opposition batsman Teja complained of sledging, which had led to a couple of warnings.

"I believe in always respecting your opponents, umpires and match officials. So you have to handle certain incidents in a certain manner."

"The way everyone contributed was magnificent. Just looking to play one game at a time, not thinking too much about the future. Excited about the season ahead, first full season after Covid, looking forward to playing for Mumbai," winning captain Rahane said in the post-match presentation.

The Duleep Trophy returned to the zonal format this season after an experiment with three teams for a few years.