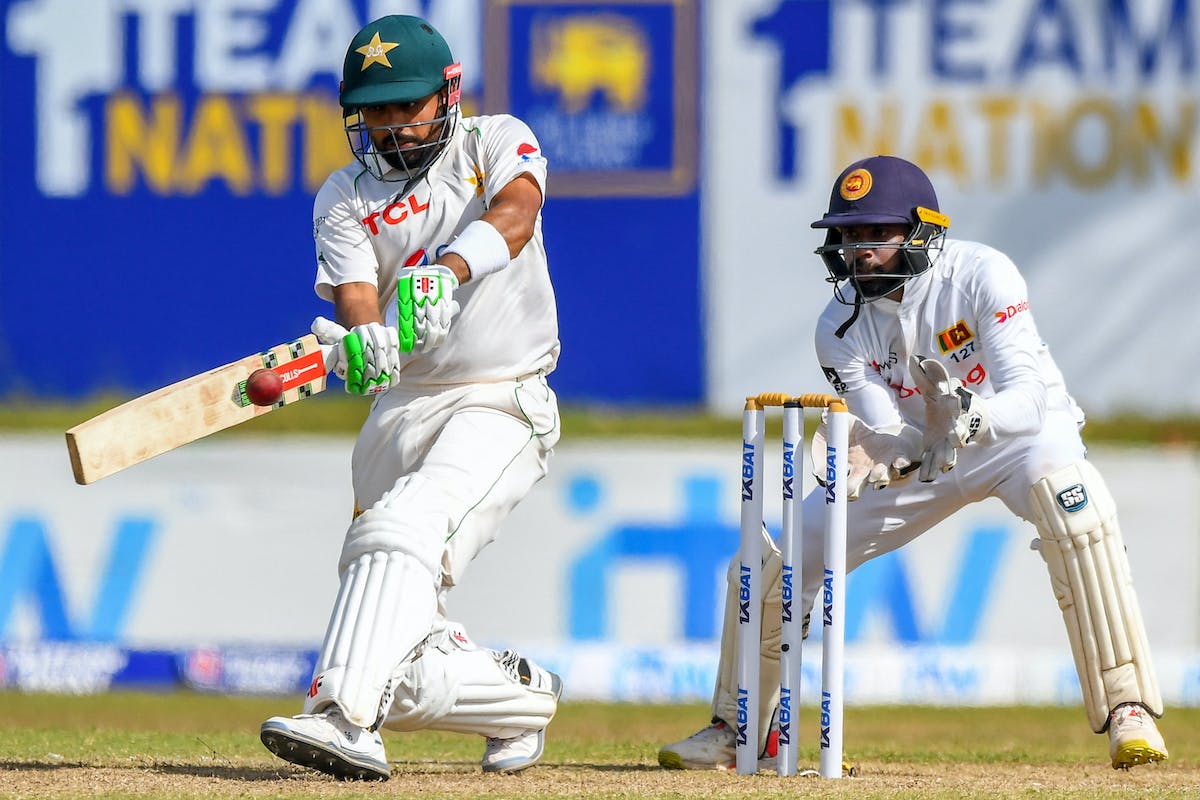 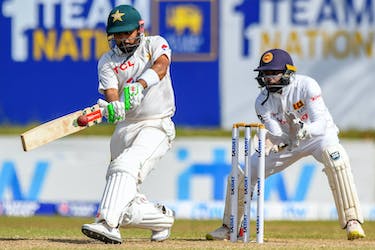 Pakistan's batting coach is confident his team can come out unscathed on the final day of the second Test against Sri Lanka after being set a mammoth target of 508. Dhananjaya de Silva scored 109 in the second innings on Wednesday as the hosts declared at 360/8 to set a massive target.

Pakistan already hold the record for the highest chase at Galle after they went past the target of 342 to win the first Test last week and take a 1-0 lead in the series. Captain Babar Azam (26 not out) and opener Imam-ul-Haq (46 not out) were at the crease as Pakistan ended day four at 89/1.

Yousuf took the example of the team's fight in the second Test against Australia in Karachi where they were set a target of 506. Babar scored his career-best 196 and added 228 with Abdullah Shafique as Pakistan finished 443/7 on the final day to draw the Test.

"We have done it in the past against Australia in Karachi. I think the same target we needed to get in the same amount of time maybe, and Babar played an excellent innings of 196. Shafique got 96 and Rizwan got a hundred and it was a very good game. The way Babar and Imam-ul-Haq are playing, it will be an interesting day tomorrow," Yousuf said after the day's play.

Yousuf said that the plan will be to play throughout the final day in order improve their chances of a win.

"We will see in the first session how we go, and if we do well, we will try to chase the total. Imam and Babar have played very good cricket in the last session, and I hope they bat the whole day tomorrow as well," he said.

"Babar and Imam are playing to their strengths, and I feel if they play in the same manner, we will try to go for the target, though it's a bit too early to say anything. We played in a similar fashion against Australia, and a point came in that chase that the head coach called a meeting to discuss that we will go for a win. But unfortunately, Babar got out on 196, and we had to settle for a draw," he added.

Yousuf said that the coaching staff have always encouraged the players to play their natural game.

"Never tell anyone to go against their strengths and their natural game. You play your own game. I did that in my days. Even now, head coach Saqlain Mushtaq, me, and the support staff try our best to keep the players mentally free and motivate them to do well," the former Pakistan batter said.

Despite being all out for 231 in the first innings, Yousuf was confident that the surface will be good for batting on the final day.

"I think once you get in, you get used to it. Early on it's a bit of a challenge, but once you are set, it's a better batting wicket," he said.