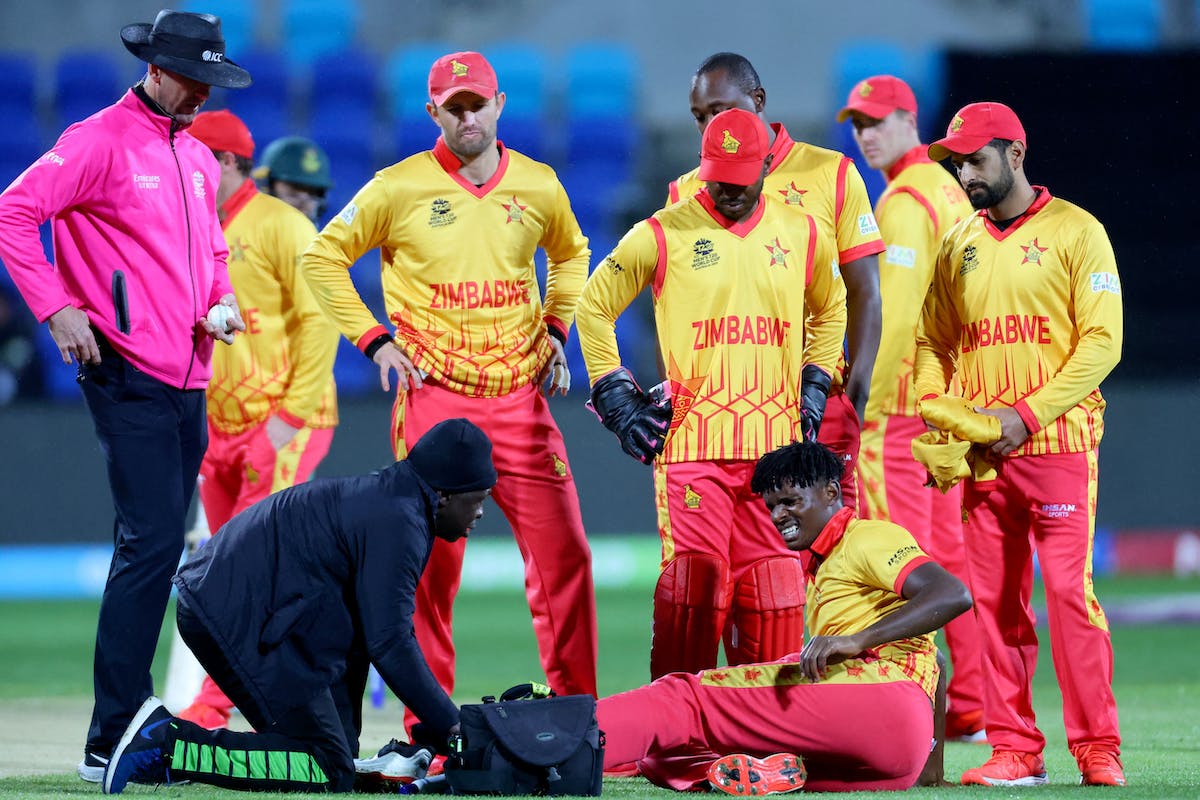 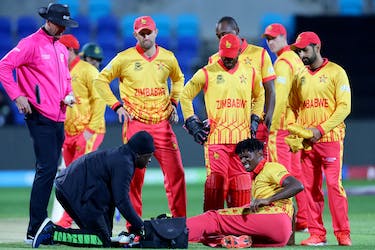 Zimbabwe head coach Dave Houghton felt that their Monday's rain-hit Super 12s match against South Africa in Hobart should have been called off without a single ball being bowled after pacer Richard Ngarava suffered an injury due to wet conditions.

The match was delayed by nearly two and a half hours after the toss before being curtailed to a nine-over per side contest. Zimbabwe posted 79/5 batting first before the play was called off after one over into South Africa's innings. The match was further crunched by the DLS Method as South Africa were set a target of 64 in 7 overs.

South Africa batted for three overs and made 51/0 with Quinton de Kock smashing 47 off 17 balls before play was completely called off.

Houghton slammed the match officials' decision to playing under wet conditions where it became dangerous for both sides. Ngarava slipped on his landing foot in the second over and had to be taken off.

"I don't think we should have even bowled a ball, to be fair. But the umpires are the guys making those decisions out in the middle, and they seemed to think it was fit to play. I disagree with them but there's not much I can do off the field," Houghton said in the post-match press conference.

"But I think we overstepped that mark in this game. I thought there were four or five overs where we should have come off," he added.

When asked if Ngarava has suffered an injury, Houghton said: "He's laying in the change room with a bunch of ice strapped to his ankle. It's too early to assess the damage but we're not happy about the fact that he's not in a great space."

South Africa's left-arm spinner Keshav Maharaj bowled one over while Zimbabwe's were able to give Sikandar Raza an over, after which the game was called off.

"I know that Craig (Ervine) and Raza had had a word with the umpires, and basically asked them what they constitute as rain because we're getting quite wet. Eventually Sean Williams said, just as he was about to start bowling, that he didn't think he could bowl, that it was too wet. And then they called us off," Houghton revealed about the communication with the officials.