A David V Goliath contest in the Sharjah cauldron 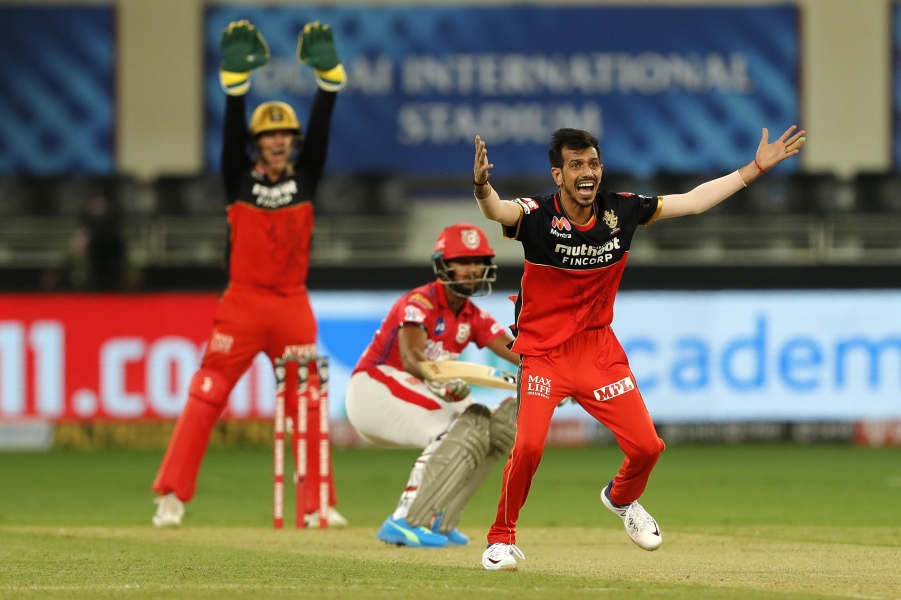 A David V Goliath contest in the Sharjah cauldron

On one end is RCB, who are sitting pretty in third place with 5 wins out of 7, while on the other are KXIP, who are languishing bottom of the table

NO. 3 v NO. 8 - Match no. 31 of IPL 2020, in Sharjah is one between two sides who have had vastly contrasting fortunes in the tournament so far. On one end are Royal Challengers Bangalore who finally after all these years seemed to have found the right combination and are sitting pretty with five wins out of seven games. At the other are Punjab, who quite frankly look jaded, confused and already out of options.

Having said that, all is not lost for Punjab. They have recorded only one win so far in seven outings in the tournament, that came against RCB themselves by a colossal 97-run margin. The win, however, was in the early stages of the competition when teams were still finding the right balance. But it is something Punjab can take confidence from.

One thing which will define this match will be the venue - Sharjah Cricket Stadium. The average first innings score here so far has been 209 and both teams being batting powerhouses, this could yet again be a high-scoring affair.

That Punjab are basically a two-man army as far as their batting order is concerned. KL Rahul and Mayank Agarwal – the tournament top two scorers – have collectively scored 724 runs in the competition. The rest of the Punjab team have managed only 477 runs. In fact, such is the gulf between the top-order batsmen and the rest of the Punjab side that after Rahul (387), Agarwal (337) and Nicholas Pooran (212), their fourth-highest run-getter is Glenn Maxwell who has scored 58 runs in 7 outings.

In their last outing against Kolkata Knight Riders, Punjab were in a situation where they needed 22 runs off 21 balls with 9 wickets in hand and yet, they fell short by two runs. The likes of Maxwell and Mandeep Singh will need to play a much bigger role if Punjab have any hopes to upstage the might of RCB.

Leg-spin to win for Punjab?

AB de Villiers averages just 26.2 against leg-spinners in the IPL, his least when compared to all other bowling types.  Aaron Finch averages 26.1. Devdutt Padikkal has hardly faced quality leg-spin in his short career. In the past, Virat Kohli has had his troubles against the wrong’un. If there is a chink in Bangalore’s otherwise power-packed line-up, it is their struggle against leg-spinners. This is an area which Punjab can possibly look to exploit. In Ravi Bishnoi and Murugan Ashwin, they have two quality leggies in their ranks and Punjab could take a chance and unleash both of them against Bangalore. Bishnoi has already proven his worth and is Punjab’s second-highest wicket-taker so far in the competition with 8 scalps to his name while Ashwin too looked more than a handful in the two games he played.

It is tough to explain how or why Washington Sundar has been so effective so far this IPL. The lanky off-spinner does not have any variations as such. He does not flight the ball as much nor does he extract turn. Yet for a minimum of three matches in IPL 2020, Sundar has the best economy rate, a mind boggling 4.9. This despite him bowling almost 50% of his overs in the Powerplay. Sundar has so far picked five wickets in seven matches but that is not what his job is. His job is to contain the batsmen and he has done that with perfection so far. It won’t be easy against the likes of Rahul and Agarwal who have an excellent record against off-spinners but, if Sundar is able to contain the duo, half of Kohli’s headaches will be solved. 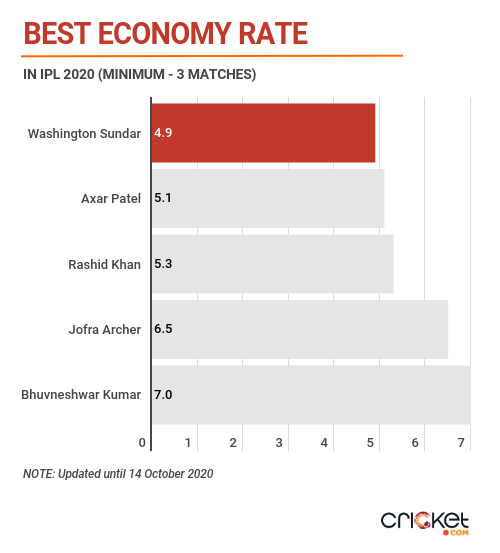 That Punjab have had a nightmare of a time in the death overs is no secret. But what is really surprising is just how bad they have been. So far in IPL 2020, Punjab have conceded runs at an economy rate of 13.3 between overs 16 to 20, which is by far the worst in the competition across all teams. The second worst here are Rajasthan Royals, who have an economy rate of 11.9.

What’s even more shocking about Punjab’s numbers are the sheer number of boundaries they have conceded in the death. Between overs 16 to 20, they have a conceded 75.29% of their runs in boundaries! Punjab’s task will truly be cut out against a Bangalore unit who have maintained a run-rate of 11.8 in the death overs so far this season. That the match will be held in Sharjah, where Punjab bowlers have already suffered at the hands of Rahul Tewatia earlier in the season is a separate headache altogether. 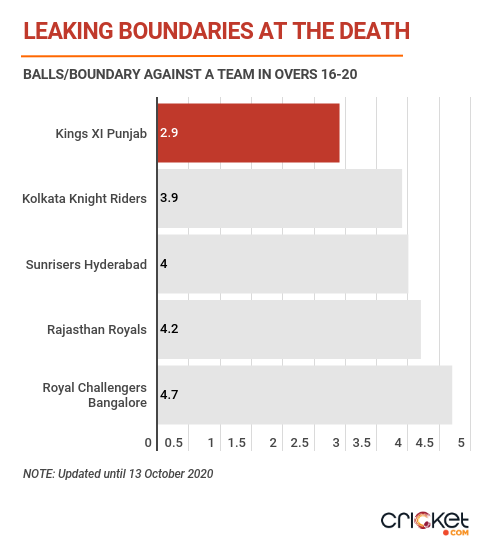 Time to unleash the Universe Boss?

The poster boy of Bangalore at one point, Chris Gayle, has often brought out his best against his former franchise. In 5 outings against Bangalore, the West Indian has smoked 214 runs averaging 53.5. He has not been part of the tournament so far and no one knows how he is going, but one thing is for certain, if he gets going, there are very few bowlers who are capable of stopping the Gayle Force. In addition, Gayle’s inclusion will mean Mayank Agarwal, in all likelihood will need to move to No.3 with Pooran slotting at No.4 and that will also strengthen the middle order.