Arshdeep keeps it simple and that’s the key to his success: Swann 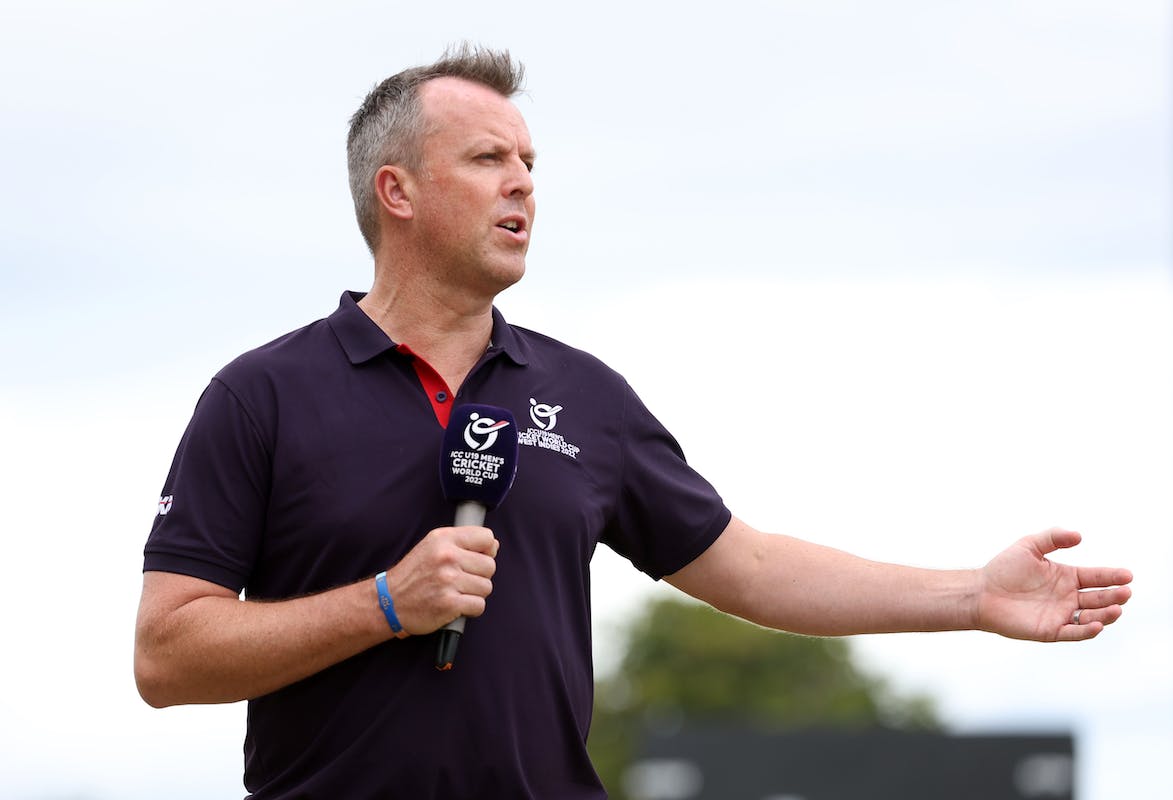 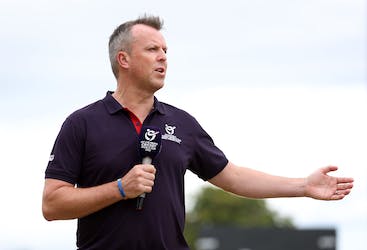 Arshdeep keeps it simple and that’s the key to his success: Swann

Arshdeep Singh has been phenomenal in the death overs. The left-arm seamer from Punjab Kings has an economy of just 5.7 in the 17-20 phase and has rightly become the talk of the town. Six overs across five innings is a pretty good sample size, as his economy is the best amongst bowlers who have bowled at least three overs in this phase. In those six overs, not once he has leaked more than eight runs. And, former England offspinner Graeme Swann thinks the reason why Arshdeep has been so successful is because he keeps it simple and doesn’t try too many variations.

“His numbers at the death are as good as they can get. Death bowlers are so hard to find and we saw what Rahul Tewatia and Rashid Khan did against Sunrisers Hyderabad. Arshdeep is really really good. He doesn’t bowl too many variations but he has got a very good yorker and keeps bowling them outside off. He has got a slower ball and a bumper but he keeps it simple. And, that’s the key to his success. He is also a little bit quicker than you think,” Swann told Cricket.com.

Arshdeep has been brilliant but the same can’t be said about his team. Having won four and lost four of their eight encounters, PBKS have been very inconsistent. In fact, they are yet to win two games in a row. Their batters haven’t quite clicked as a unit, with Jonny Bairstow yet to make an impact. The right-hander from England has only managed 47 runs in five innings and Swann feels Punjab could ask him to open the innings and bat Mayank Agarwal at No. 3.

“Jonny Bairstow is so good that you can’t replace him but he is an opening batsman and he is brilliant at that. Punjab can’t move Mayank or Shikhar Dhawan but I think Mayank can do a good job at No. 3 and I would put Jonny right at the top. You get the best out of Jonny opening and you could get the best of all those three batsmen.”

Punjab did manage to get the better of Chennai Super Kings in their previous game and did that with a slightly different approach. Punjab didn’t go all guns blazing from the word do and instead saved wickets for the second half of the innings and then went big. Prior to the game against Chennai, PBKS had the best scoring rate in the first six overs but also lost too many wickets before the death overs. Against Chennai, they operated at a scoring rate of 6.2 in the powerplay and then went at 12.8 in the last five overs. However, Swann doesn’t want them to change their approach.

“I think the wicket was a bit trickier and the fact they were bowled out for just over 100 in the game before, but I don’t want to see that. I like Punjab being the aggressive team. I want them to go all guns blazing and potentially go for 240-250. I don’t think they want to get left behind by Rajasthan in that respect. I would prefer 60/3 in the powerplay instead of 40/1. I mean, they could also be 60 for none and I would much rather take that.”

Punjab will now be up against Lucknow Super Giants who have been a lot more consistent and have won five of their eight matches. “I don’t think you can look past Lucknow. Gujarat and Lucknow, the two new franchises, have been the best thing about this IPL. We had no idea about their coaching staff and combination and yet they have gelled and have played some great cricket. PBKS can be incredible on their day but could also be dreadful on some days. Red-hot or freezing-cold, and Lucknow are a bit more steady. But, if Liam Livingstone gets going, there’s no team in this world that can hold him back.”

LSG skipper KL Rahul is currently the second highest run-getter in the competition but most of his runs have come in the first innings. While batting first, Rahul has slammed 274 runs in four innings at an average of 137 and a strike rate of 158.4, but those numbers drop down heavily in the second innings - 94 runs in four innings at a strike rate of 123.7.

“KL Rahul has been brilliant. He is such a good player. He is majestic. In the hotel where all commentators are staying, we have many debates over who the best players are? Who is the most graceful to watch? And, KL Rahul’s name always comes up. But, batting second, he has got in a bit of a pickle. He just needs to go out there and read that script Rashid Khan wrote and do it against his previous team,” said Swann.

Meanwhile, young legspinner Ravi Bishnoi too hasn’t been at his best in the last three games. The 21-year-old has picked up two wickets in the last three innings and has conceded runs at an economy of 9.9. “I don’t think he is bowling in great rhythm at the moment. In the last game, I think he was overextending his run-up. He is taking a lot more bigger strides and that’s why he is bowling a flat trajectory. Always bowling too short. I would be working with him behind the scenes and shorten his delivery stride a little bit and make him bowl at a slightly slower pace.

“The pace is a very individual thing. We have seen Kuldeep Yadav bowling a bit quicker and it’s working for him. You still need to put a lot more revolution on the ball. He needs to allow the ball to grip rather than just making it skid through the surface. I have got no issues with him bowling more googlies. You do what you are confident with and it has brought him success.”