Babar 'proud' of Pakistan, but hurt with final results 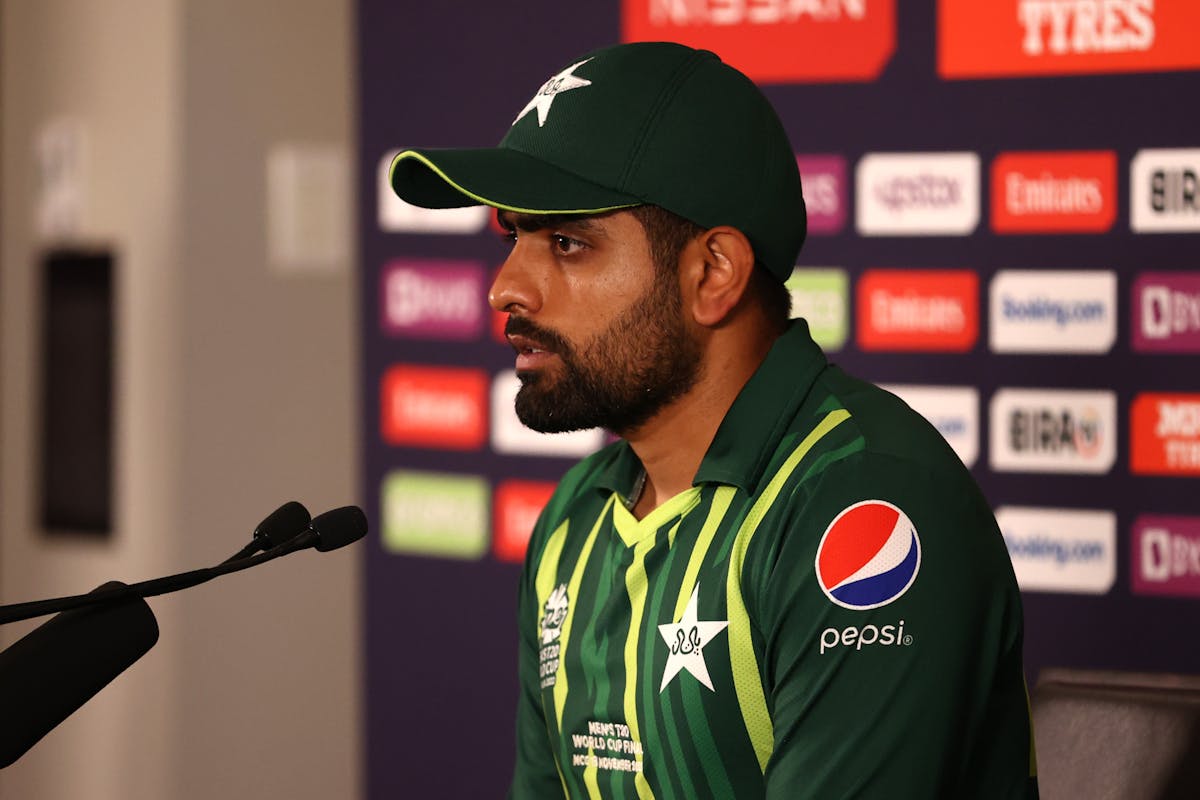 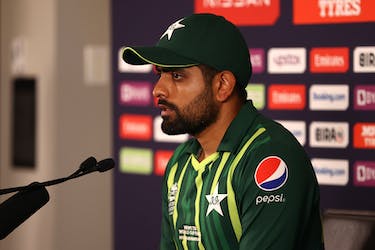 Babar 'proud' of Pakistan, but hurt with final results

Pakistan have come very close to lifting a big trophy in the past few months. They managed to fight back against England just before the World Cup to lose a seven-match T20I series 4-3 before which they fell short of clinching the 2022 Asia Cup in the final against Sri Lanka. On Sunday, they were upstaged by Jos Buttler's all-powerful England at the MCG in the T20 World Cup final as Babar Azam's side were left to rue the small margins.

Batting first, they lost Mohammad Rizwan in the fifth over with the score at 29 which was followed by the wicket of youngster Mohammad Haris in the eighth over. Babar soon followed when he swatted the ball straight back to Adil Rashid in the 12th over, which put Pakistan in a dire position.

"The ball was seaming early on. We wanted to get 45-50 runs in the powerplay but we lost a few wickets. In 11 overs, we were around 85 [84], but the back-to-back wickets that fell in the middle order meant we lost momentum. Especially after Shadab and Shan's partnership ending with both getting out soon after each other like they did," Babar said in the post-match press conference.

At one point, Pakistan went without a boundary for 24 balls and Shaheen Afridi's four off the penultimate ball of the innings was their only boundary in the last five overs. Babar admitted that the team's dot-ball percentage was a huge problem.

"Our middle-order dot-ball ratio was a bit too high because we were in a different situation, trying to build a partnership. We couldn't do that, and whenever a wicket falls, it takes the new batter 2-3 balls to settle down. That put us on the back foot as a batting unit because we couldn't finish as we wanted," he said.

However, coming close and losing finals is the thing that hurts the most, according to Babar.

From a seemingly impossible equation, Pakistan battled their way to the semifinals after losing their first two Super 12 matches against India and Zimbabwe.  Thanks to Netherlands' win over South Africa, they went through and outclassed last year's finalists New Zealand to reach the final.

"This was a stressful week because we didn't know we were in or out. But the way we grabbed our opportunity and played our best cricket in four matches in a row, our team deserves credit," Babar said.

"We didn't expect to go through after our start. But the way the team came back and the way we grabbed our opportunity makes me proud. The way the middle order stepped up after Rizwan and I were struggling made me very happy. They won us matches, and put in individual performances like Iftikhar's, Shadab's and Nawaz. The bowling dominated all tournament, too," he pointed to the positives from the tournament.

Defending a lowly total 137 looked possible for Pakistan, who stifled England after the drinks break as Naseem Shah, Haris Rauf and Shadab Khan bowling to the field. However, they suffered a blow at the toe end when Shaheen Afridi limped off the field in the 16th over after bowling one ball.

Ben Stokes, who was waiting for an opportunity to free his arms, smacked a boundary and a six off Iftikhar Ahmed to bring down the equation to 28 off 24 balls. Moeen Ali then clubbed three fours off Mohammad Wasim's 17th over to take England on the cusp of a second T20 World Cup title. Though Ali fell in the 19th over, Stokes (52 not out off 49 balls) completed the run chase with a boundary and a single.

"The way we fought back and took the game to the final over, you're left to wonder. Maybe if Shaheen had bowled, things might have been different. But credit to England's bowling. We were trying to build a partnership, but losing back to back wickets puts pressure on you. That pressure remains on you till the 20th over. We were 20 runs or so short with the bat, even though we came back with the ball. After Shaheen's injury, the game shifted to England's side," Babar said.