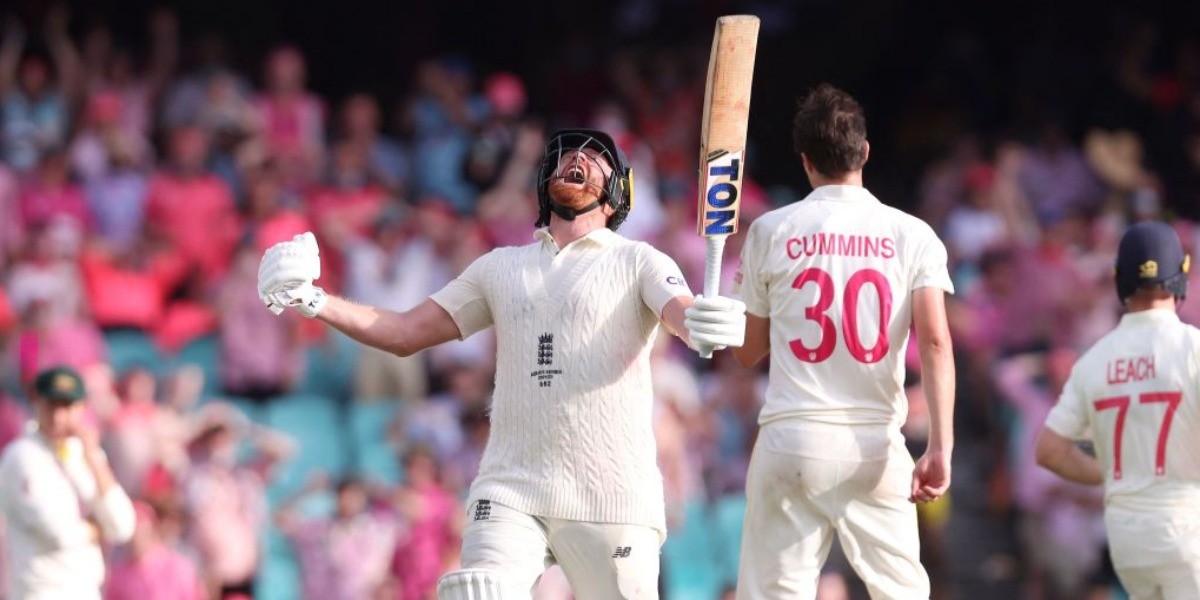 Jonny Bairstow's defiant hundred and a half-century for Ben Stokes helped England claw back to save the follow-on after a terrible start to the third day of the fourth Ashes Test Friday at the Sydney Cricket Ground.

Bairstow scored England their first century of the series to headline a day where they had slumped to 36/4 by lunch. In dire straits, Bairstow and Stokes paired in a counterattacking stand to help England get back in the match on another rain-affected day at the SCG. However, getting started was tough for them too. England endured a period of 70 balls (54 minutes) without a run where they had collapsed from 36/1 to 36/4.

In clear pain after being struck on the thumb by a Pat Cummins delivery and with partners running out, Bairstow began attacking and brought up a deserved century from 138 balls with 12 boundaries and three sixes moments before stumps by slashing a Cummins for four. He celebrated his seventh Test hundred by running halfway towards the England team dressing room with arms aloft, where his teammates had gathered to acknowledge a vital innings in the context of the match. At stumps, Bairstow was 103 not out and Jack Leach was on four, with England trailing Australia by 158 runs.

Earlier, Stokes made a typically swashbuckling 66 of 91 balls, including nine fours and a towering six over cover, as part of a 128-run partnership with Bairstow which steadied England's innings after its early collapse. Troubled by side strain, Stokes was more attacking in this innings than he has been throughout the series.

Nathan Lyon eventually broke the stand, trapping Stokes lbw with a ball that kept lower than the allrounder expected.

He was perhaps fortunate to get that far having before tea survived a sharp missed caught-and-bowled chance off Pat Cummins and then successfully reviewing an on-field lbw out' decision where the ball had in fact missed the pad and flicked the off stump, but without dislodging it.

Shortly after raising his half-century off 80 balls, Bairstow was struck by a ball from Cummins that reared up off the pitch and struck the batsman on the thumb. He received treatment on the ground for several minutes before resuming his innings, but was visibly in discomfort holding the bat.

Jos Buttler scored the second duck of the innings chipping to Khawaja at cover off Cummins (2-68) to reduce England to 173-6 and in danger of not avoiding the follow-on target of 217.

But Bairstow and Mark Wood combined to add 72 runs for the seventh wicket. It eased the visitors' nerves before Cummins eventually had Wood caught by Lyon for 39 off 41 balls going for one shot too many. 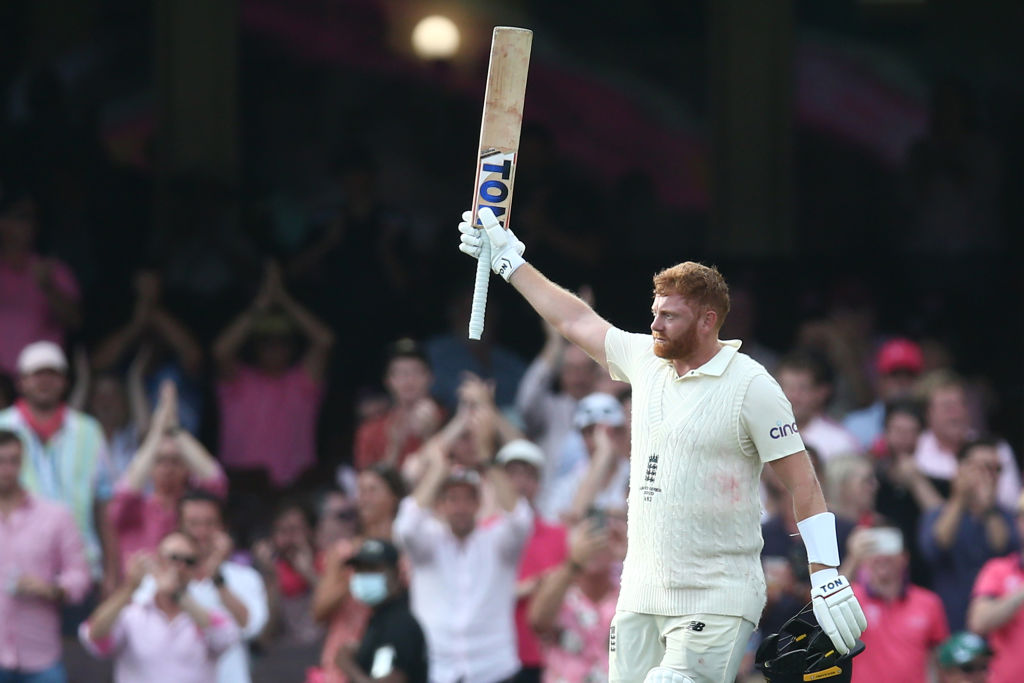 Before lunch, England's batting frailties again were exposed by Australia's pace attack after it resumed at 13 without loss in a rain delayed session.

Haseeb Hameed was dropped on 2 by wicketkeeper Alex Carey in Mitchell Starc's second over, but the reprieve only cost four runs as Starc (1-49) bowled the opener for 6 in his next over.

Zak Crawley, who survived being caught off a no-ball from Starc late on day two, took a blow on the hand by the left-arm quick before Boland found a way through his defences and hit the top of off-stump when on 18.

Scott Boland (2-25) then had Root caught at slip for a duck in his next over with the England skipper again playing away from his body, edging behind to Steve Smith at second slip.

Dawid Malan (3) was dismissed in the over before lunch, caught by Usman Khawaja in slips off Green's bowling, leaving England in tatters at the break.

Boland was taken for a precautionary scan after taking a tumble in his follow-through, delivering the final ball before tea. Australia team management later said the 32-year-old had been cleared of any damage and later returned to the match.

The inclement weather early Friday didn't dampen the 'Pink Test' fundraising efforts of the McGrath Foundation, chaired by former Test paceman Glenn McGrath, which for the past 14 years has been a feature on day three of the Sydney Test.

Most of the 28,415 crowd wore pink clothing and one of the stands at the Sydney Cricket Ground was covered in pink bunting to celebrate the charity's work.