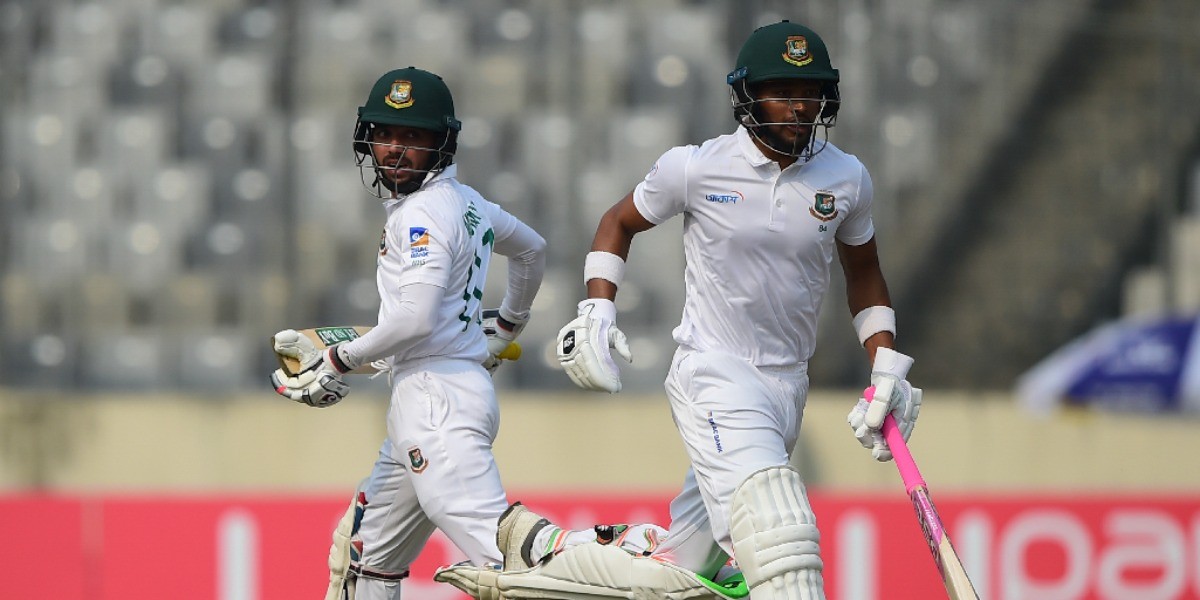 Here are a few tips that might help you create your fantasy team for the second Test between Bangladesh and Pakistan in Mirpur, starting December 4 (Saturday)

After a disappointing loss in the first Test, Bangladesh look to bounce back as they take on Pakistan in the second Test at the Shere Bangla Stadium, Mirpur, starting Saturday (December 4). Bangladesh registered a first-inning lead in the first Test at Chattogram, but Pakistan fought back admirably well to win the match by eight wickets.

When it comes to the head-to-head, Pakistan have won 11 of the 12 matches against Bangladesh in the longest format, with one ending in a draw. They will be keen on extending their run with another comprehensive victory in this Test.

In Tests since 2020, over 70% of the wickets have been picked up by the spinners and have done so at an average of 27.5 and strike-rate of 57.3. The corresponding numbers for the pacers are 38.5 and 73.2 respectively, giving a strong indication that spin is the way to go on this surface.

While the pacers will have a say on days one and two, from the third day onwards, the spinners would dominate completely and will eventually have a huge say in the match. 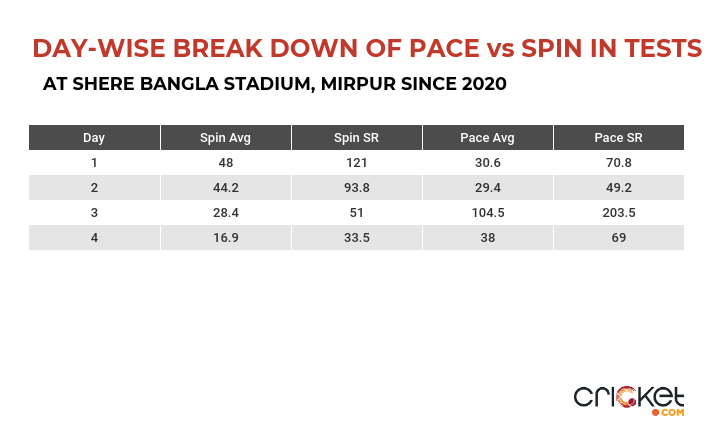 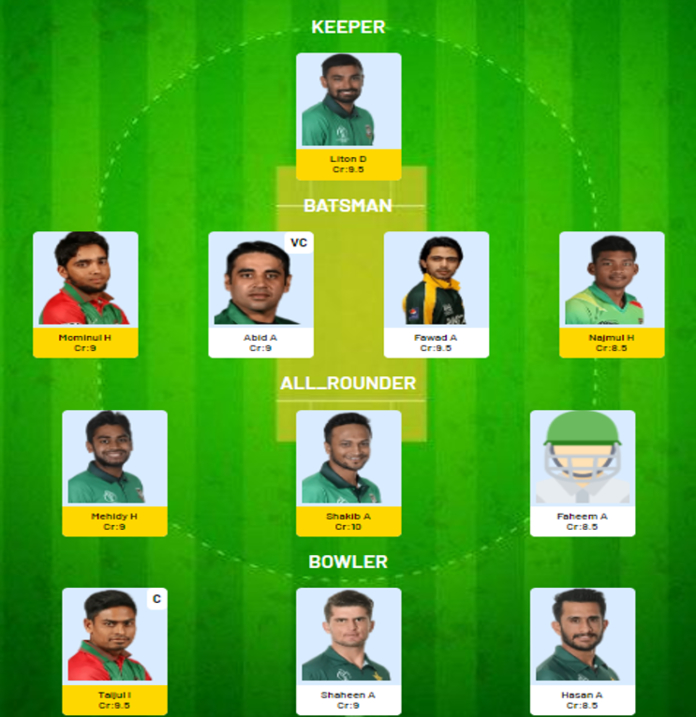 Taijul Islam was in top form in the first Test having picked up seven wickets in the first innings to help Bangladesh take a first-inning lead. He will be more than handy in this match as well, given his excellent record in Mirpur. In his five Tests at this venue since 2018, Taijul has picked up 32 wickets, which includes six occasions wherein he has picked up four wickets or more in an innings. Bangladesh will bank on him to deliver once again in this match.

Our Criclytics Player Projector predicts Taijul will pick up 9-11 wickets in this match.

Bangladesh all-rounder Mehidy Hasan, who will bowl in tandem with Taijul for most of the match, will also be a vital cog in the Bangladesh bowling attack. His record at the Shere Bangla Stadium is phenomenal. In the four Tests he has played here since 2018, Mehidy has picked up 24 wickets at 16.5 to go with a balls per wicket ratio of 36.5. He has also picked up three five-wicket hauls from eight innings in this period in Mirpur. He is also a handy batter down the order. Before his knocks of 38* and 11 in the first Test, Mehidy went into the series at the back of three continuous fifties for Khulna in the National Cricket League.

Our Criclytics Player Projector predicts Mehidy will score 60-90 runs and pick up 5-7 wickets in this match.

At the back of an impressive performance in Chattogram, Shaheen Afridi broke into the top five in the Test rankings for the first time. He was particularly devastating in the second innings of the Test, which saw him finish with figures of 5 for 32. Shaheen is Pakistan’s leading wicket-taker in Tests this year, having picked up 44 wickets at 17.5 and strike-rate of 37.3. His bowling partnership along with Hasan Ali will once again be pivotal going into this match.

Our Criclytics Player Projector predicts Shaheen will pick up 8-10 wickets in this match.

With two tons and two fifties in Tests this year, Pakistan opening batter Abid Ali is his side’s leading run-scorer, having accumulated 656 runs at 50.46. Abid is someone who really puts a price on his wicket as his balls per dismissal ratio of 103.2 this year indicates. After scoring 133 in the first innings in Chattogram, Abid missed out on twin tons by just nine runs. In his last five first-class matches, Abid has struck four tons and a couple of fifties. Pakistan will look to cash in on his red-hot form.

Our Criclytics Player Projector predicts Abid will score 164-247 runs in this match.