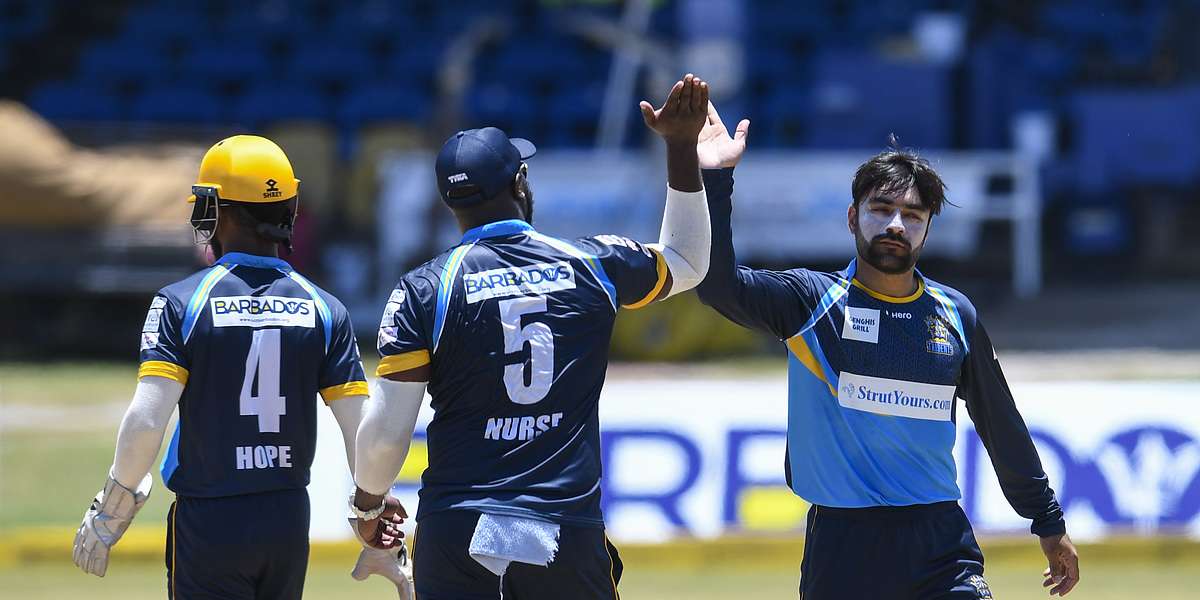 Match 26 of the Caribbean Premier League 2020 will feature the defending champions Barbados Tridents taking on the Guyana Warriors. The Warriors are slowly but steadily creeping up the points table while for the Tridents, it's all been downhill since their last win against the Tallawahs. The Barbados legion couldn't fend off a 'Kieron Pollard assault' & against the Zouks, when they needed only 93 to chase, their batting crumbled like a house of cards.

If the Tridents had held their nerves and converted these two losses, they'd be fighting for a spot in the top 4. As things stand, the Tridents are placed 5th on the points table & are alive in the tournament, only "mathematically".

Guyana haven't been as clinical as they were in 2019. The side seems to have hit two extremes. They've either trounced their opponents or have been completely outplayed. A specimen of their dominance was noticed in their last three victories & quite evidently, the team is peaking at the right time. The reverse fixture between the two sides was nothing short of a nightmare for the Tridents. A face-saving innings from Mitchell Santner who scored 36 off 27 deliveries, spared them from humiliation. The Warriors strolled to an 8-wicket victory on that occasion. 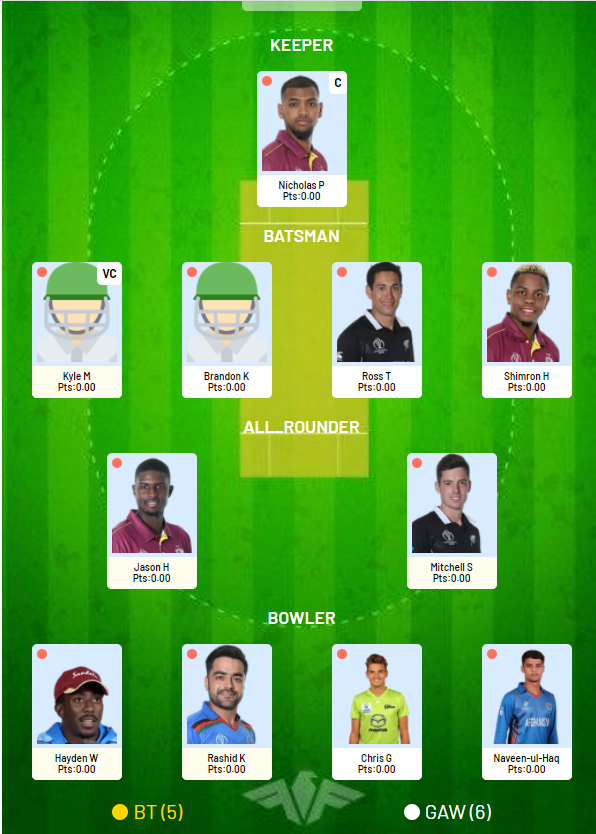 While you could go for the above team, you also have the option of choosing your team from cricket.com Fantasy Research Centre. Based on algorithms, we come up with six different teams that could fetch you crucial fantasy points. 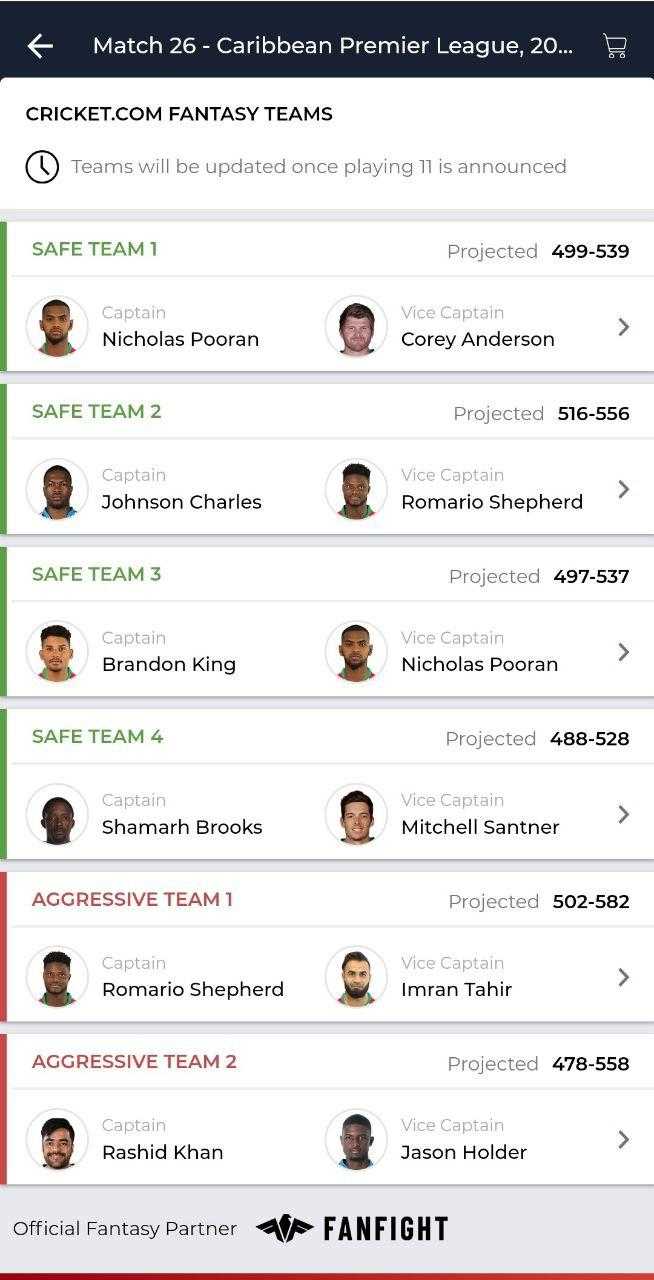 The average first innings score at this venue this season is 145 & the highest successful chase - 160 (by the Tallawahs against the Zouks). While chasing does seem a viable option, teams batting first have successfully defended 7 games out of 14.

Spinners have conceded only 6.2 runs/over but the pacers have a marginal edge, as far as the wickets column is concerned. The quicks have picked 78 while the spinners have managed 69.

At Tarouba, the Warriors have played 6 games this season, They’ve won 3 and have finished second-best, three times. With the bat at this venue, the Warriors average a very mediocre 20.4 runs/wicket, only better than Tridents' 16.9 & the Patriots’ 19.7 respectively. TKR with an average of 41.3 runs/wicket are the best batting team at this venue.

The positive for the Warriors though, setting foot into the earnest stage of the league, is that they have managed to pick the most number of wickets at this venue. 45 wickets in 6 games - a wicket every 16.1 runs. The best at the venue this season.

The Tridents have played 4 games at Tarouba so far drawing only 2 points out of a possible 8. 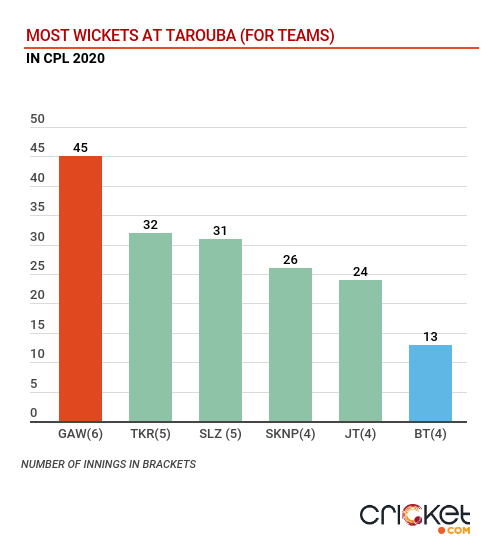 You have the luxury of picking more than one keeper in your fantasy sides & for this contest, both Nicholas Pooran & Johnson Charles can be fine choices.

Shimron Hetmyer & Nicholas Pooran are explosive game changers & they ought to find a spot in your fantasy XIs. Brandon King looked in fine touch in the reverse fixture & he makes a strong case. From the Tridents, Kyle Mayers has been the player to watch out for. He's earned 343 fantasy points so far & at 8.5 credits he's an absolute bargain.

Guile, dexterity, shrewdness. When you're dealing with Rashid Khan, you're up against the very best. Shimron Hetmyer has come out all guns blazing against the wrist-spinner but the world's best T20I bowler has foxed the southpaw 3 times in 4 innings. 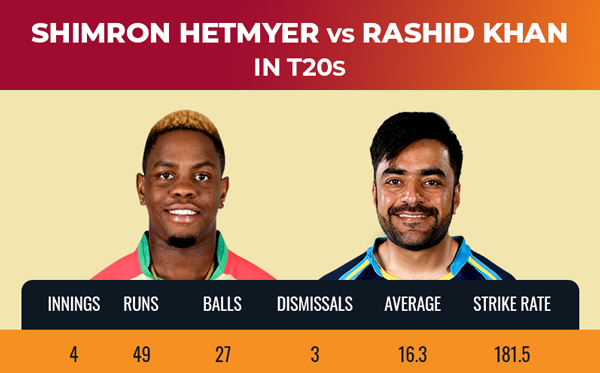 Holder has operated at 6.84 runs/over this season while Nicholas Pooran has been smashing the leather off of the ball. It's been a sedate contest between these two until now with Pooran managing only 6 runs off 12 deliveries. Disciplined bowling vs audacious striking. Who do you think will win this battle? 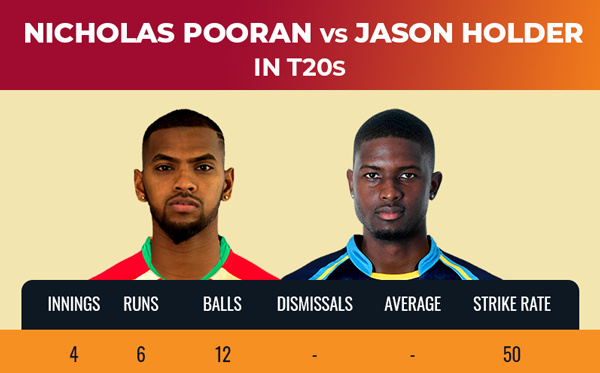 Charles has done the bulk of the scoring for the Tridents this season but the wily-old South African international has dismissed Charles 3 times in 4 innings in T20s. Charles could opt for the slog sweep over midwicket but has to watch out for that lethal googly. 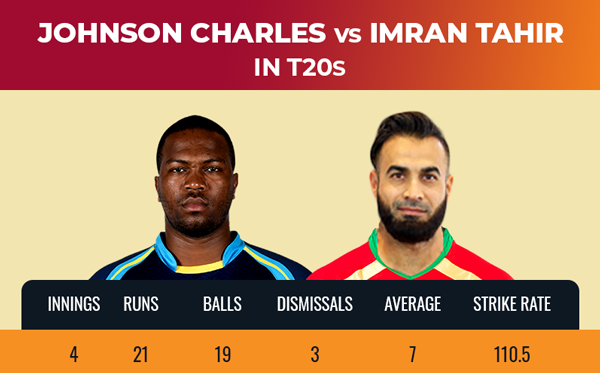 The 24-year-old southpaw is the 3rd highest run-getter this season with 234 runs @ 33.42. Pooran can curb his attacking instincts & go berserk when the situation demands. He smashed the only hundred of CPL 2020 off 45 deliveries & played a patient 18* off 33 to guide his team home in the previous fixture. Pooran's nifty work behind the stumps will also fetch you some important fantasy points.

Kyle Mayers: The hard-hitting allrounder has flourished at the top of the order. Mayers is the 3rd highest run-scorer this season but his ability to shoulder responsibility has been mighty impressive. Mayers has scored 215 runs @ 26.87 & his six-hitting ability makes him an X-factor. 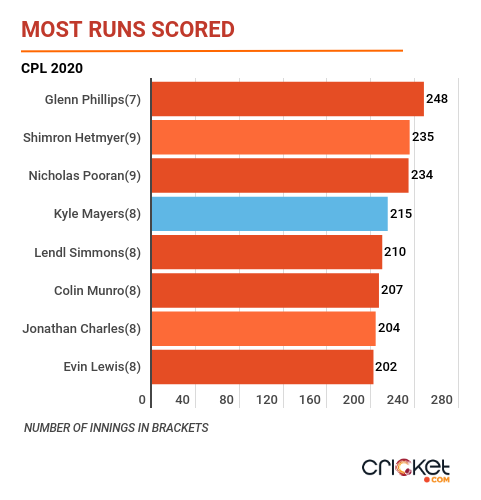 Chris Green: Green's figure in the last game read, 4-2-3-1. Green has been instrumental in keeping a check on the run-rate & the skipper never shies away from bowling the powerplay overs. This season, so far, he's conceded only 5.6 runs/over & has picked 8 wickets. The Guyanese skipper will be a player to watch out for.

Rashid Khan: With the endless chain of surprises in his bag of tricks, Rashid Khan's one of the best T20 bowlers in the world. On a slow track, Rashid can be a nightmare to face. Rashid with 9 wickets has struck every 17.4 deliveries, conceding only 6.68 runs/over. This season, the adept leggie hasn't been at his fierce best but he's shown glimpses of what he's capable of. A gun fielder, a world-class bowler & a handy batter. Rashid Khan has to feature in your fantasy cricket teams. 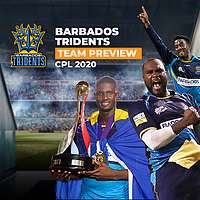 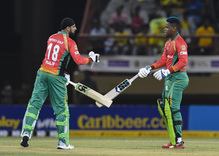