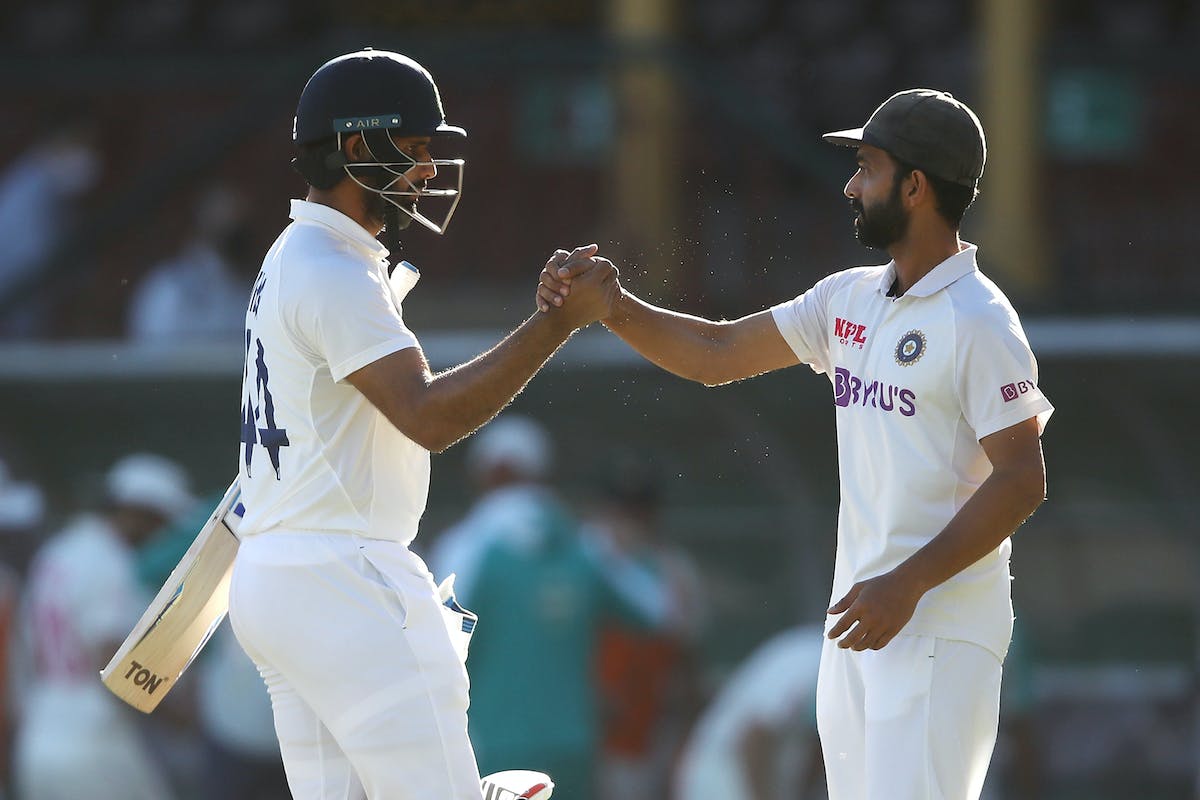 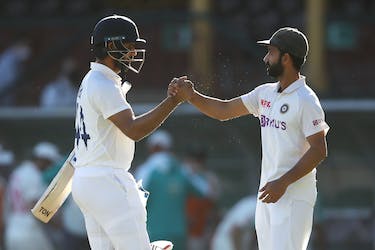 West Zone have now been bolstered even further by the arrival of Shreyas Iyer, Priyank Panchal and Sarfaraz Khan

West Zone and South Zone were almost destined to make it through to the grand finale of the 2022-23 Duleep Trophy, and that’s exactly what has happened. The two sides will now fight for the prestigious trophy at the SNR College Cricket Ground in Coimbatore. South Zone were given a direct entry to the semis, in which they hammered North Zone by 645 runs - the second-biggest (by runs) in Indian first-class cricket and the fourth-biggest overall.

Meanwhile, Ajinkya Rahane and Co. had to take a longer and “slightly” difficult route. They toyed with North East Zone in the quarter-finals and were given a bit of a fight by Central Zone, only in the first innings, in their semi-final encounter. However, they eventually won the match by 279 runs. They have now been bolstered even further by the arrival of Shreyas Iyer, Priyank Panchal and Sarfaraz Khan.

Prithvi Shaw looks fitter than ever and is making every single opportunity count after having fallen down the pecking order due to various reasons. The dashing opener hasn’t played for India since July 2021 and was also not included in the India A for the three-match unofficial Test series against New Zealand A. There have always been concerns about his fitness but the 22-year-old seems to have gotten a lot better in the department during the off-season.

The right-hander is someone who can kill the game in the space of just one session and has been in phenomenal form in this tournament. "I feel every match for me from here is really important. I'm a guy who is a team man, but what I feel personally every match is important for me - whatever opportunity comes towards me, I'll try and grab it… I'll just go there, train, work hard and score runs. Rest of it, I'll let the selectors, and everyone else, make their decisions. I'll just do my job," ESPNcricinfo quoted Shaw as saying.

Shaw is currently the leading run-scorer in this competition, having slammed 315 runs in three innings and he has done that at a strike rate of 92.92. His 113 against the North East side was overshadowed by double centuries from Yashasvi Jaiswal and Rahane but Shaw played two crucial knocks in the semi-final as well. After scoring 60 in the first innings, the Mumbai batter smashed a 140-ball 142 in the second essay to bat Central Zone out of the contest. The best way to deal with him is to get him out as early as possible, but if South Zone fail to do that, Shaw could once again prove to be the game-changer.

The two teams are brimming with quality batters and the bowlers could find it tough even if the conditions are slightly in their favour. Rahane (8 and 12) and Jaiswal (0 and 3) didn’t have a great game against Central Zone and would be eager to make amends in the final. Jaiswal has been consistent for Mumbai of late in red-ball cricket and it won’t be too long before he breaks into the India A set-up. Meanwhile, 34-year-old Rahane is out of the Indian Test side and would be eyeing to score as many runs as possible, not just in the final, but also in the upcoming domestic season. 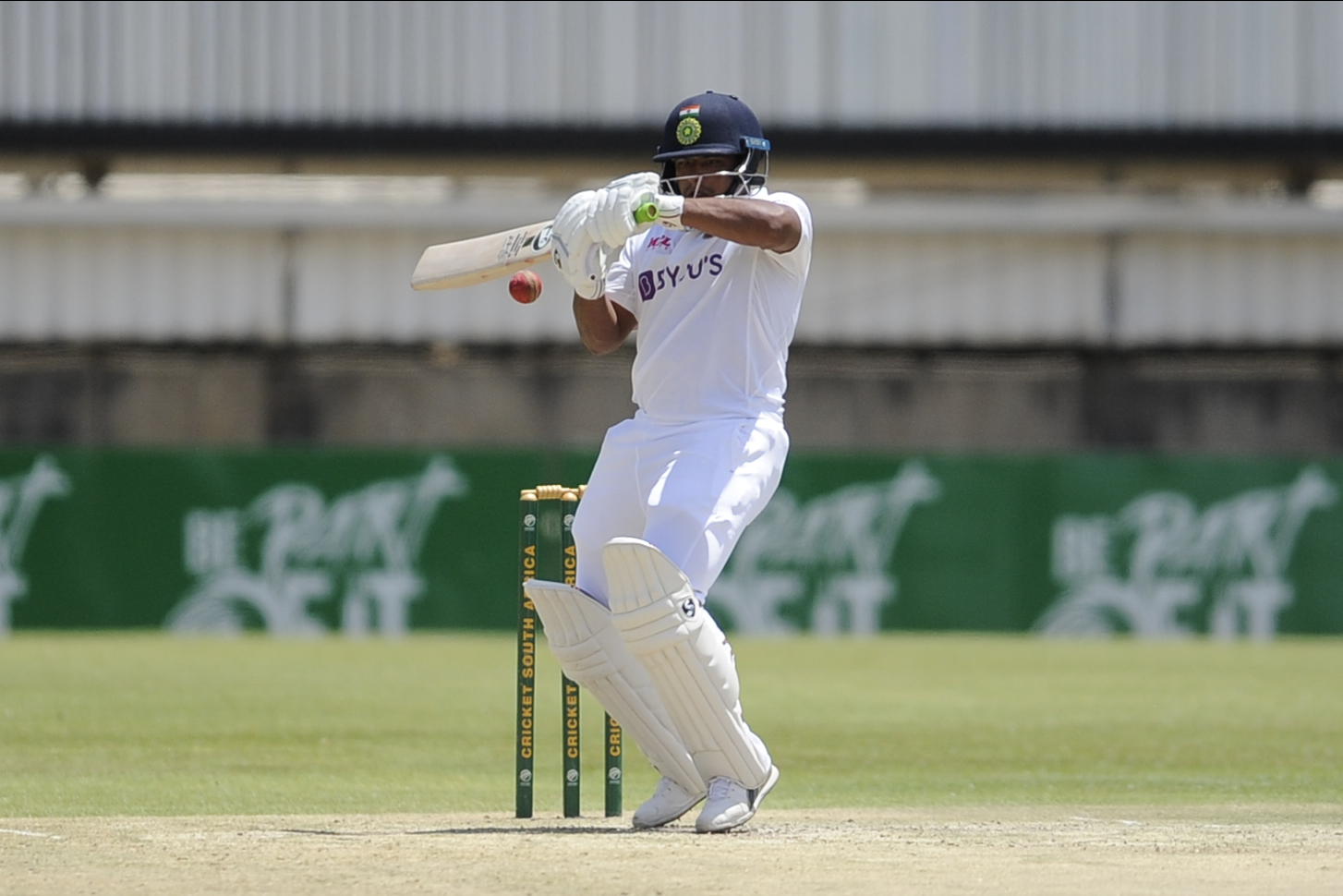 West Zone also have Rahul Tripathi in the middle-order, while Shams Mulani, Atit Sheth and Tanush Kotian are solid all-rounders. However, it would be interesting to see how they fit Iyer, Panchal and Sarfaraz in the playing XI. Armaan Jaffer is most likely to vacate one spot, while both Jaiswal and Tripathi could also sit out, unless West Zone decide to leave out one of the three aforementioned all-rounders. But that’s going to leave them with only four genuine bowling options. Iyer is not part of the Indian T20I squad for the Australia series and would want to further his red-ball credentials. Sarfaraz didn’t have a big series for India A, which was led by Panchal, against New Zealand A but has unarguably been the best red-ball batter in the Indian domestic circuit over the last two seasons.

Now let’s talk about South Zone’s batting unit. Captain Hanuma Vihari, Rohan Kunnummal, Ricky Bhui and T Ravi Teja all scored centuries against North Zone, while Mayank Agarwal, Baba Indrajith, Manish Pandey and K Gowtham were amongst runs. Just by looking at those names… That’s a serious batting line-up. Indrajith has a batting average of 66.6 in first-class cricket since 2016 but has never got the deserved recognition. The spotlight will also be on Vihari and Agarwal. The latter has fallen off the radar in Test cricket, while Vihari has some stiff competition in the middle-order and would want to keep churning out the runs, as he has been doing for many years.

Mulani and R Sai Kishore belong to the same “genre” of spinners, good in all three formats, can also bat, but are yet so different from each other. The top wicket-taker in Ranji Trophy last season, Mulani is forcing everyone to sit up and take notice, especially in red-ball cricket. The 25-year-old allrounder picked up a five-wicket haul in the second innings against Central Zone and is also averaging 55.66 with the bat in this tournament. Mulani will find good support from seamers Jaydev Unadkat and Chintan Gaja.

Then there’s is Sai Kishore, who is currently one of the best left-arm Indian spinners in white-ball cricket and sooner or later will play for India. However, his numbers in first-class cricket have also been on the rise. He took his maiden 10-wicket haul in the semi-final and could trouble West Zone batters with his accurate and quick left-arm spin. Apart from Sai Kishore, South Zone also have Gowtham and Tanay Thyagarajan in the spin department. Basil Thampi and Ravi Teja are the two seamers but they won’t pose as much threat as Unadkat and Gaja.