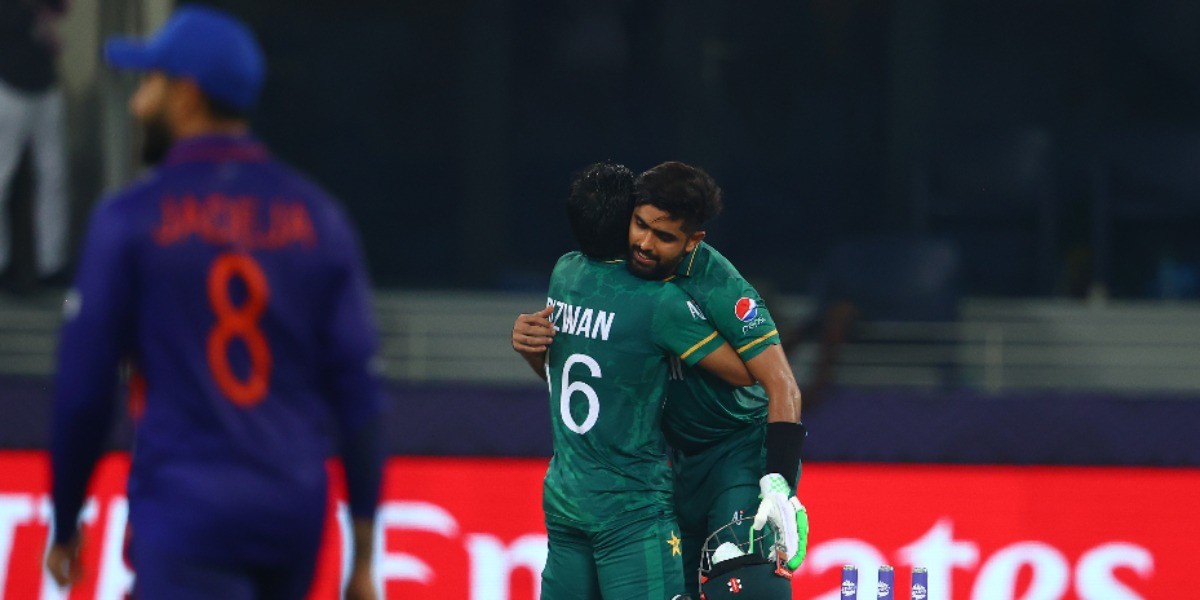 In a truly astonishing display, Babar Azam’s men dominated India throughout the course of the game

There were fears prior to the game that the contest might end up becoming one-sided. As it turned out, the match was indeed one-sided - but not in a way anyone predicted.

In what was arguably their best ever T20 performance, Pakistan absolutely obliterated India to finally put an end to the infamous losing streak in the World Cup. Opting to bowl first, a stunning new-ball burst from Shaheen Afridi set the tone for Pakistan, post which they never looked back.

India were restricted to 151, and quite remarkably, the target was chased down inside 18 overs by Pakistan - without losing a single wicket. A humiliation of the highest order.

They say Shaheen Afridi swinging one into the right-hander and dismissing opposition openers is inevitable, and today in Dubai, inevitable it was. On the very fourth ball of the match, Shaheen generated late in-swing that completely bamboozled Rohit Sharma, who was struck plumb in front. India 1/1 in just 4 balls.

Imad Wasim bowled a tight second over and then on the first ball of the third over, the prodigiously talented Shaheen bowled arguably the ball of the entire year. Pitching on a good length, at 140 clicks, the 21-year-old tailed the ball in oh-so-lately to the batter KL Rahul, whose defences were breached as the shining white cherry shattered the stumps.

Rahul had a flummoxed look on his face, and understandably so: it was a ball that would have got any batsman, in any era, in any format dismissed. The crowd went berserk and at 6/2, India were well and truly rattled.

Suryakumar Yadav, who walked in at No.4, smashed a six and a four off his first six balls in an attempt to counter-attack, but his vigil lasted less than 10 balls as he was dismissed by Hasan Ali in the final over of the powerplay courtesy a stunning catch from the keeper, Mohammad Rizwan.

Kohli stood tall at the end of the powerplay on 20*(18), which included a stupendous straight six off the red-hot Shaheen. And once again in a T20 World Cup game, all the burden of run-scoring fell on the Indian skipper.

Skipper Kohli stands tall as India scrape through to 151

At 36/3 after 6, the situation was grim for India. Not only had they not taken advantage of the field restrictions, there was also the threat of them potentially getting rolled over cheaply. Especially on this Dubai wicket.

But once again, as he’s done all throughout his international career, unflustered by the situation, Rishabh Pant played a gem. Playing his first ever T20 World Cup match, Pant consolidated for the first 20-odd balls of his innings and then switched gears. In the 12th over bowled by Hasan Ali, he hit back-to-back sixes and India, for the first time in the match, had significant momentum. Pant moved to 39 off just 27 balls and looked all set to turn the tide.

But he fell at the worst time imaginable, on the verge of exploding, after skying one off the bowling of Shadab Khan.

Everything, once again, then, fell on the shoulders of Kohli, who once again carried the side in a crunch T20WC game. The skipper paced his innings to perfection and kept chipping away. He picked his moments to accelerate and was a constant thorn in Pakistan’s path, even when the Men in Green had control of the game. Kohli brought up his third fifty in four T20WC innings against Pakistan and once again showed his class at the biggest stage.

Unfortunately for India, however, he fell in the 19th over. And his dismissal proved to be crucial as it took at least 10-15 runs off the team’s total. They did, however, eventually end up on 151, thanks to a sloppy end from Pakistan, who conceded overthrows and no-balls.

For Pakistan, Hasan Ali proved to be expensive as he leaked at 11 an over, but a surprise package who impressed was Haris Rauf. Mixing up raw pace with deceptive slower ones, Rauf did not allow the Indian batters to size him up, at any point in the game, and finished with figures of 1/25 off his 4, remarkably bowling all four overs in the final half of the innings.

Also impressive was leg-spinner Shadab Khan, who finished with 1/22 off his four. The sole wicket was the prized scalp of Rishabh Pant, who threatened to take the game away from Pakistan.

WIth a six and a four in the first three balls of the innings, off the bowling of Bhuvneshwar Kumar, it seemed like Pakistan were out to send a message. Rizwan looked zoned-in, and skipper Babar Azam too was no less confident. The pitch, all of a sudden, looked flat and one feared that the Men in Green might run away with the match.

That didn’t happen, as both the openers eventually slowed down, but what Babar and Rizwan did was lay Pakistan the perfect platform. There were more singles and doubles than there were dots, and the two kept finding the odd boundary just when they needed it. Rizwan, in particular, was an intent machine. Without nearly taking a single risk, they were 71/0 at the halfway mark.

But as good as Babar and Rizwan were, the Indian pacers - Bumrah excluded - were disappointing. Both Shami and Bhuvneshwar looked toothless and conceded 37 off the 4 overs they bowled in the first half. The duo found no swing or seam, but almost criminally erred on their lines, often bowling too straight. These balls were punished by Pakistan, who kept the score ticking, constantly.

India, simply put, missed someone like a Shaheen Afridi.

Make no mistake, India were very much in the game at the halfway stage, despite Pakistan not losing a single wicket. A couple of wickets and a couple of tight overs would have brought them back into the game, particularly with the Dubai wicket partially being on the slower side.

But in one of the most clinical batting displays one is bound to see, the duo of Rizwan and Babar put on a clinic of the highest possible level. They did not give India a sniff.

As was the case in the first part of the innings, the two batters essentially eliminated dots out of the equation. They kept rotating the strike almost every single delivery, turned plenty of 1s into 2s and kept finding the boundaries at the right moment. India threw everything they had but they simply could not break through. Babar and Rizwan were impenetrable.

And almost fittingly, the Men in Green won the contest in the most dominant manner imaginable by smashing Shami for 17 runs. Even more poetic, the winning runs came from the blade of their golden boy, Babar Azam.

And just like that, for the first time in their history, Pakistan beat India in a World Cup. It was a long time coming, but the players ensured that it was worth the wait. 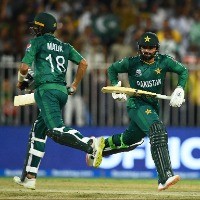 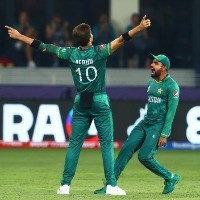 OPINION
Pakistan’s dream night that dissolved a 29-year long nightmare
After 29 long years, the monkey is finally off Pakistan’s back 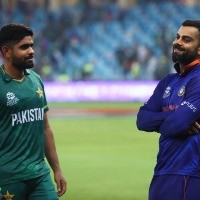 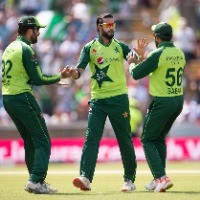