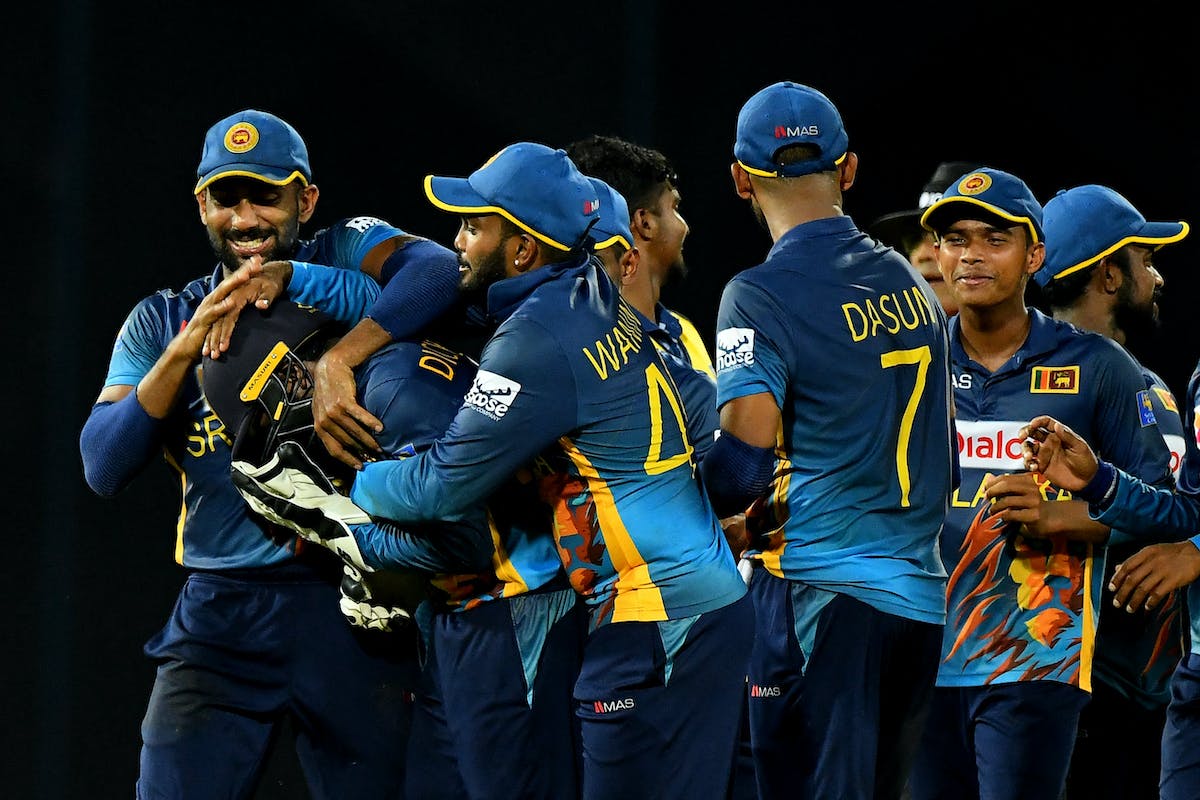 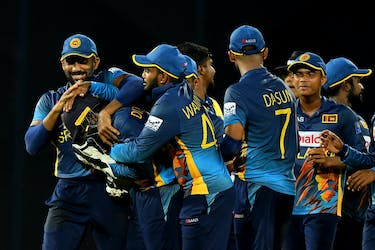 Sri Lankan cricketers gave what the fans were desperately wanting: a smile on their face

“I’m very happy to see these smiling faces of my people,” tweeted Dasun Shanaka after pulling off a heist in Pallekele, chasing 59 runs off the last three overs. It was the highest any team has chased in the last three overs but the celebration wasn’t about Shanaka or the record.

A young fan and his dad go ecstatic, as seen on the camera. Everyone around them are jumping in joy and are screaming their lungs out. Sri Lanka lost the T20I series 1-2. But what happened next would define the situation the best, Shanaka bowed down to the crowd, thanking them for the support. 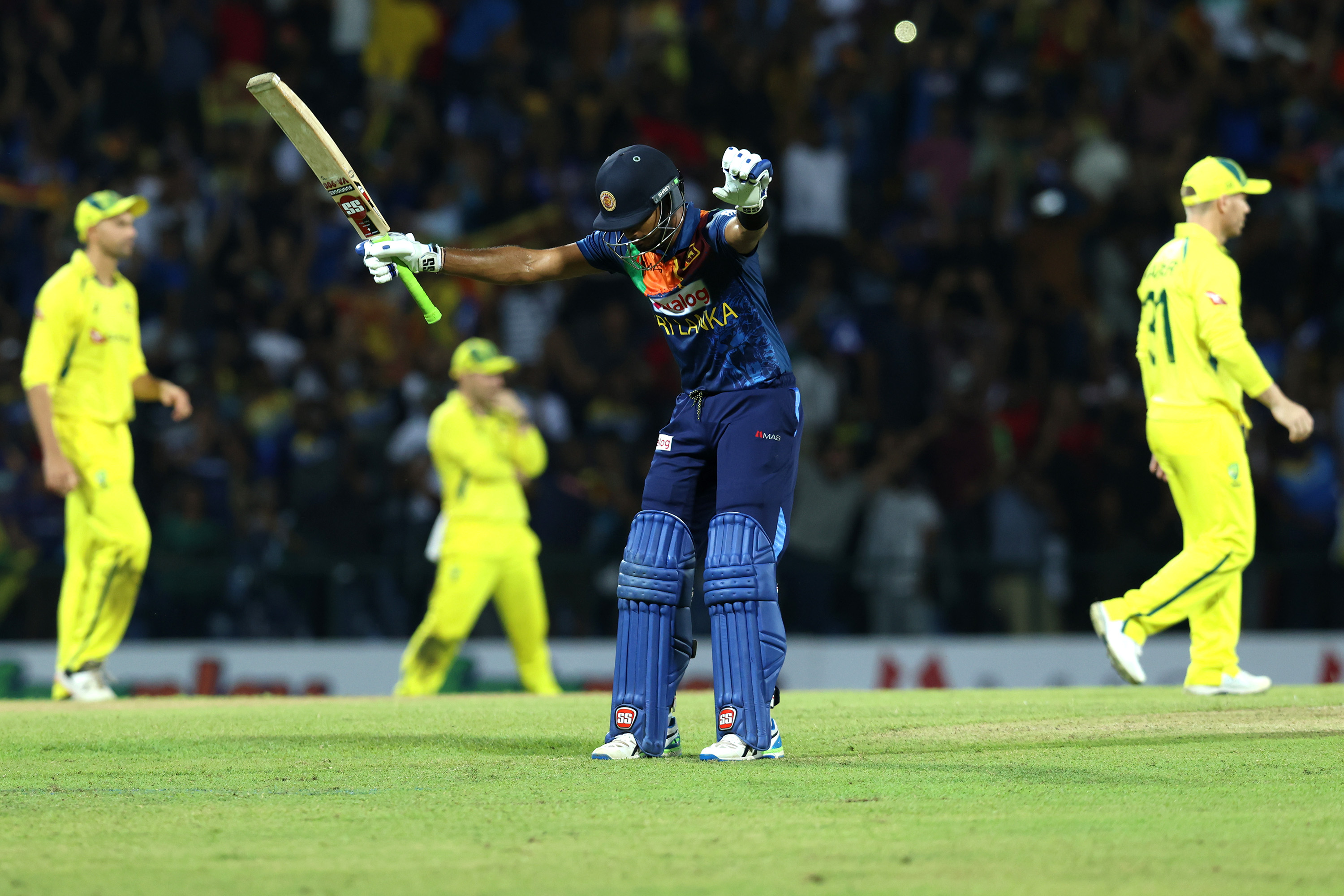 A smile that is perhaps worth a million dollars.

But during those eight hours of the One-Day International, the thousands present at the stadium forgot the crisis and their worries. The eleven men on the field was all that mattered, the joy they gave them was incomparable. And those eleven ensured that not one went away from the stand with a sad tear in their eye.

Cricket will never become a solution to the crisis, it only acts as a distraction, a positive one that has kept the heartbeat of the country running. In a country that was seeking normalcy, cricket was like a drug, giving them the high but only temporarily.

Now, put Shanaka’s words into imagination. The Sri Lankan skipper understands the country’s emotion, he understands that even the win in a dead-rubber was enough to send the 20,000 plus fans into hysteria. And, when that feeling reverberates around at the venue, it is euphoric. 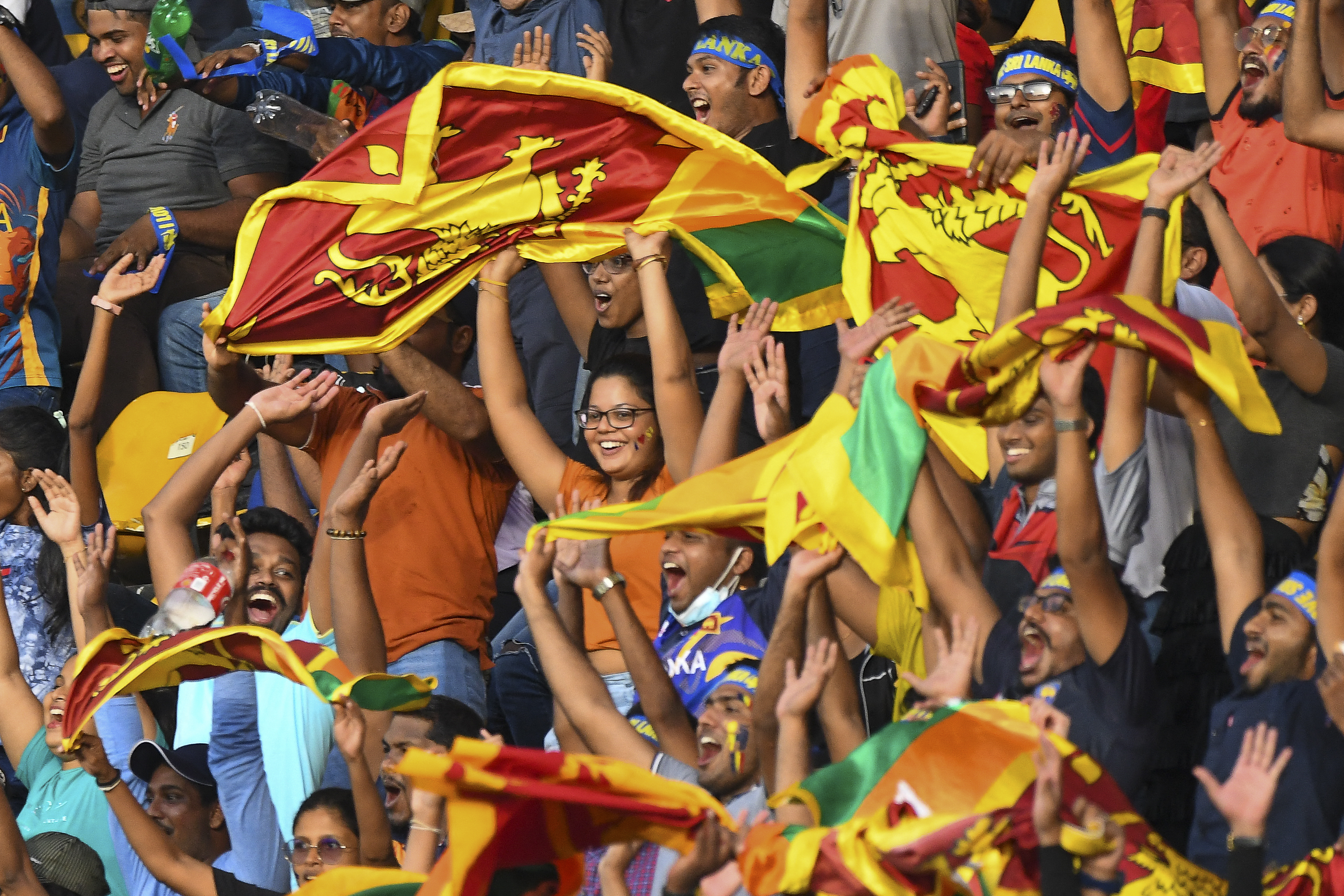 Australia, on the back of Glenn Maxwell’s pyro technique won the first ODI but that didn’t shut the Sri Lankan crowd down. They were shouting at the top of their lungs, they were screaming in unison, it was like a carnival except that the country wasn’t in one.

Sri Lanka had lost but do you really think that it would change the crowd?

On Tuesday, Sri Lanka turned a new page in their cricketing history. For the first time in 30 years, they had won an ODI series over Australia. It didn’t matter which Australia turned up but it was a win for the record book. But the fact that this was Australia’s A team, gives more reasons to celebrate the success.

As Lasith Malinga put it down, “The Belief is back,” and for the longest time, it was missing that. Sri Lanka were not spotless throughout the series, they made plenty of mistakes. But every time a player committed a mistake, there was another one who covered up for him. Perhaps, the biggest telling factor for this Sri Lankan team is that: they played as one.

The entire nation, for once, after months of struggle, pain, in unison learnt a new emotion: ecstatic.

Perhaps, this series has taught Sri Lanka a thing or two about their side. They still would struggle against most teams in World cricket but never would they bow down and let the other side win with no fight. This group was a fighter, even the newer ones, like the 19-year-old Dunith Wellalage had brought out his boxer gloves, with the motive of not giving up.

It was a sign of things in the bigger context, despite the country struggling and suffering one of their worst-ever economic crises, they were not ready to give up. And, it was only natural that it dripped down into the team’s ethos. On a night where they had to win to seal the series, they went to their trusted ally: spin. 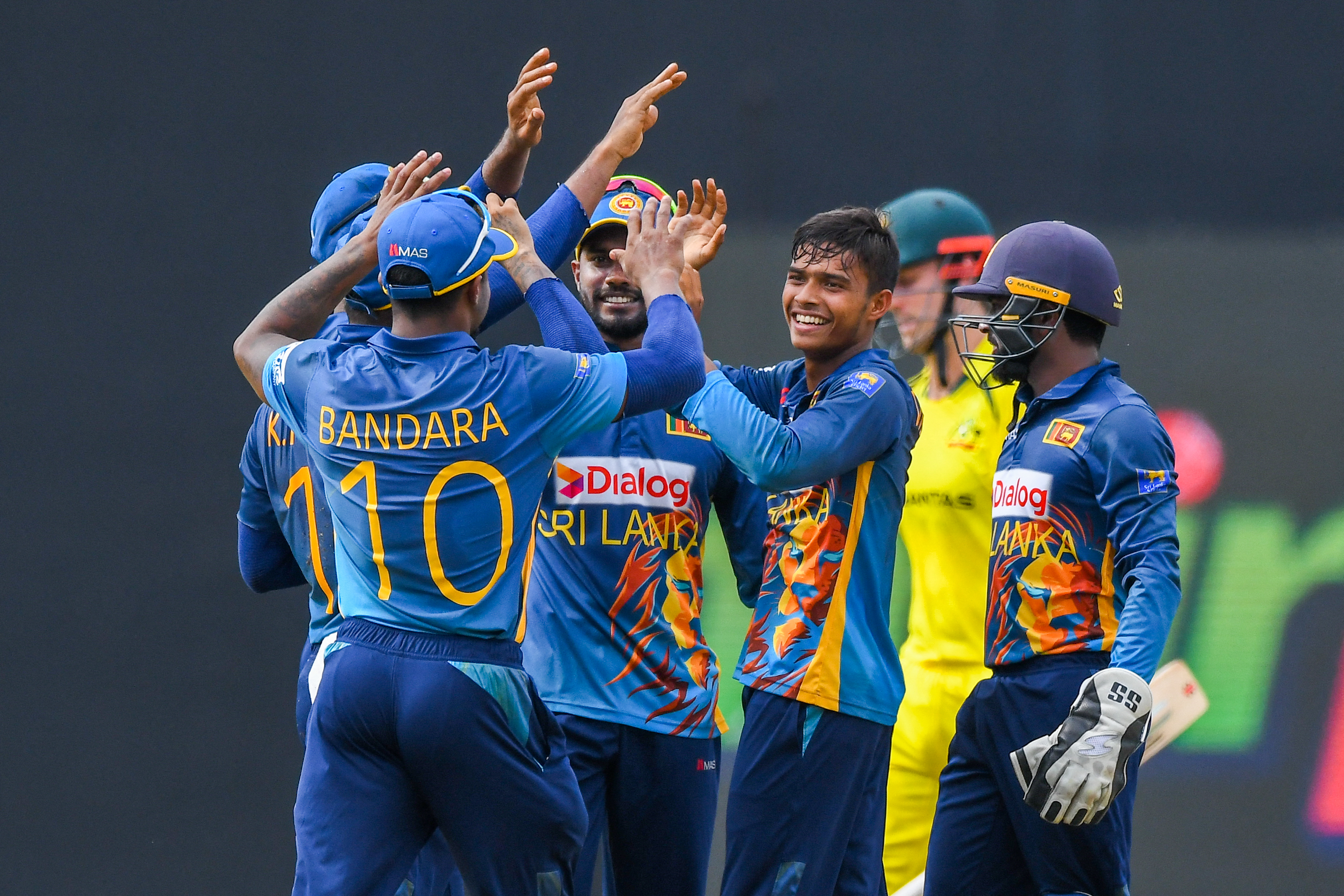 On Wednesday, Sri Lanka bowled 43 overs of spin, that’s a staggering 86% of the overs bowled by slower bowlers, picking up seven wickets. The Islanders had one specialist pacer, in the form of Chamika Karunaratne and the other pacer was captain himself, Dasun Shanaka.

Shanaka perhaps embodies Malinga’s words more than anyone in the team. He is the ‘clutch player’, he is willing to bowl the toughest overs and be on the receiving end of the choicest of words. It perhaps defines Sri Lanka’s success, they are a selfless team, with no driving forces of ego within the unit.

Prior to the series, the Sri Lankan skipper minced no words when he said, “The strength of the batting will decide the series I think, because I'm sure our batters will play well through the series.”

And as fitting as it was, Pathum Nissanka scored 137 off 147 balls. Maybe this series will be remembered for the Sri Lankan batters, the likes of Kusal Mendis (223 runs), Nissanka (220), Charith Asalanka (173) but the selfless nature of the all-rounders – be it Dhananjaya de Silva or Shanaka himself – would define the series better. 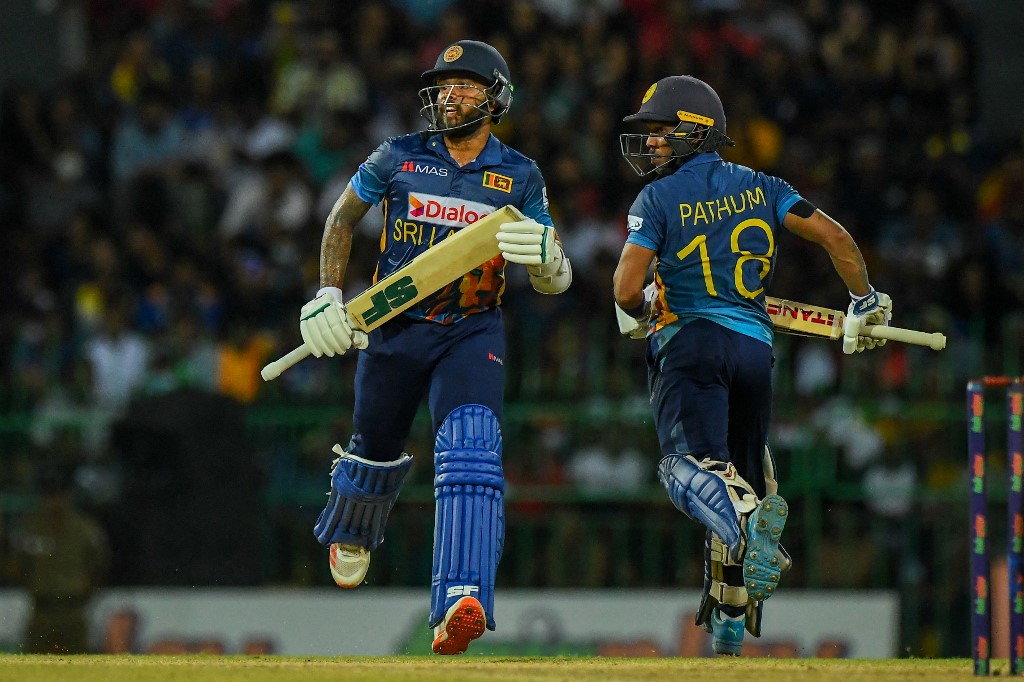 Every time, they had their backs turned against the wall, Sri Lanka found new heroes, from within. Maybe this golden generation of cricketers might not be on the same page as Sri Lanka’s best but this group certainly is a golden generation in itself. Why so?

They put a smile on the face of people when nothing in the country could, aren’t they superheroes in their own sense?

Not all superheroes need to wear capes.