CSK aim to get back on track against a rebuilding SRH 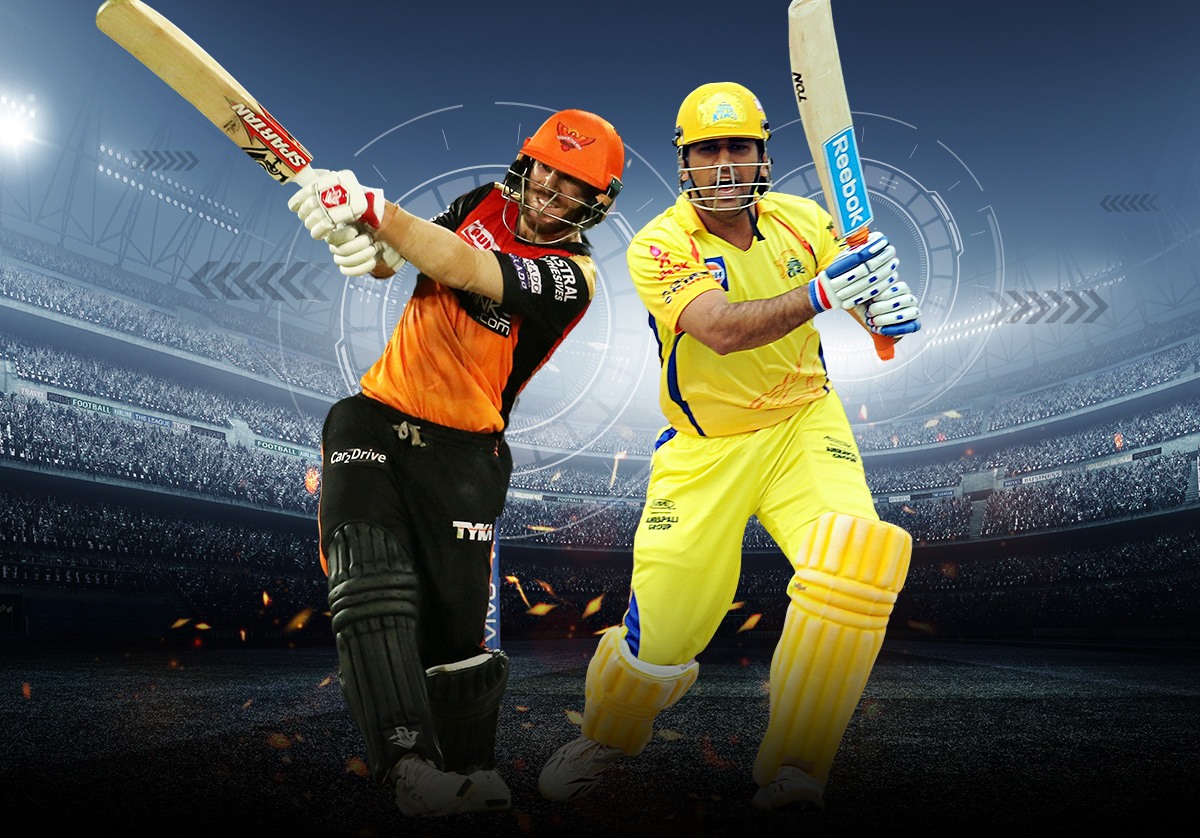 CSK aim to get back on track against a rebuilding SRH

Both sides have two points on board after three games

It is a battle of two similar sides in Match 14 of IPL 2020. As the past seasons have unfolded, Chennai Super Kings and Sunrisers Hyderabad have established a niche for themselves with a template that has helped them succeed consistently.

The change in venue has not been fruitful for both sides as they do not have their favorable slow pitches (at least at the start of the tournament) at their home venue. As a result, both teams have only one victory out of three games. Not surprisingly, the sole victory came in Abu Dhabi, the only track that has shown traces of slowness as yet. Abiding by the dynamics of their side, CSK chased 162 against Mumbai Indians in the season opener while SRH defended the same total against Delhi Capitals.

CSK have history on their side having won five out of their last six contests against SRH but the David Warner-led side will be confident having scored a good victory over Delhi Capitals. The good news for CSK is that both Ambati Rayudu and Dwayne Bravo are now available for selection recovering from injuries, as confirmed by the CSK CEO, KS Viswanathan.

However, they still have a lot of questions to answer. One of them is their scoring rate at the top. At 6.9 runs per over, CSK is the second slowest batting unit in the Powerplay so far this tournament. The opening pair of Shane Watson and Murali Vijay, both of whom are on the wrong side of 30s, have put CSK behind the asking rate every time. Watson and Vijay have batted at a strike-rate of 68 and 88.9 respectively in the first 10 balls of their innings this season as yet.

With not much cricket behind them and age playing a factor, both of them have struggled to put bat on the ball at the start of the innings against express pace. Against SRH, however, they might be at ease since the Orange Army does not boast of any express pacers.

The quandary around slow-starters runs through the CSK batting line-up this season. 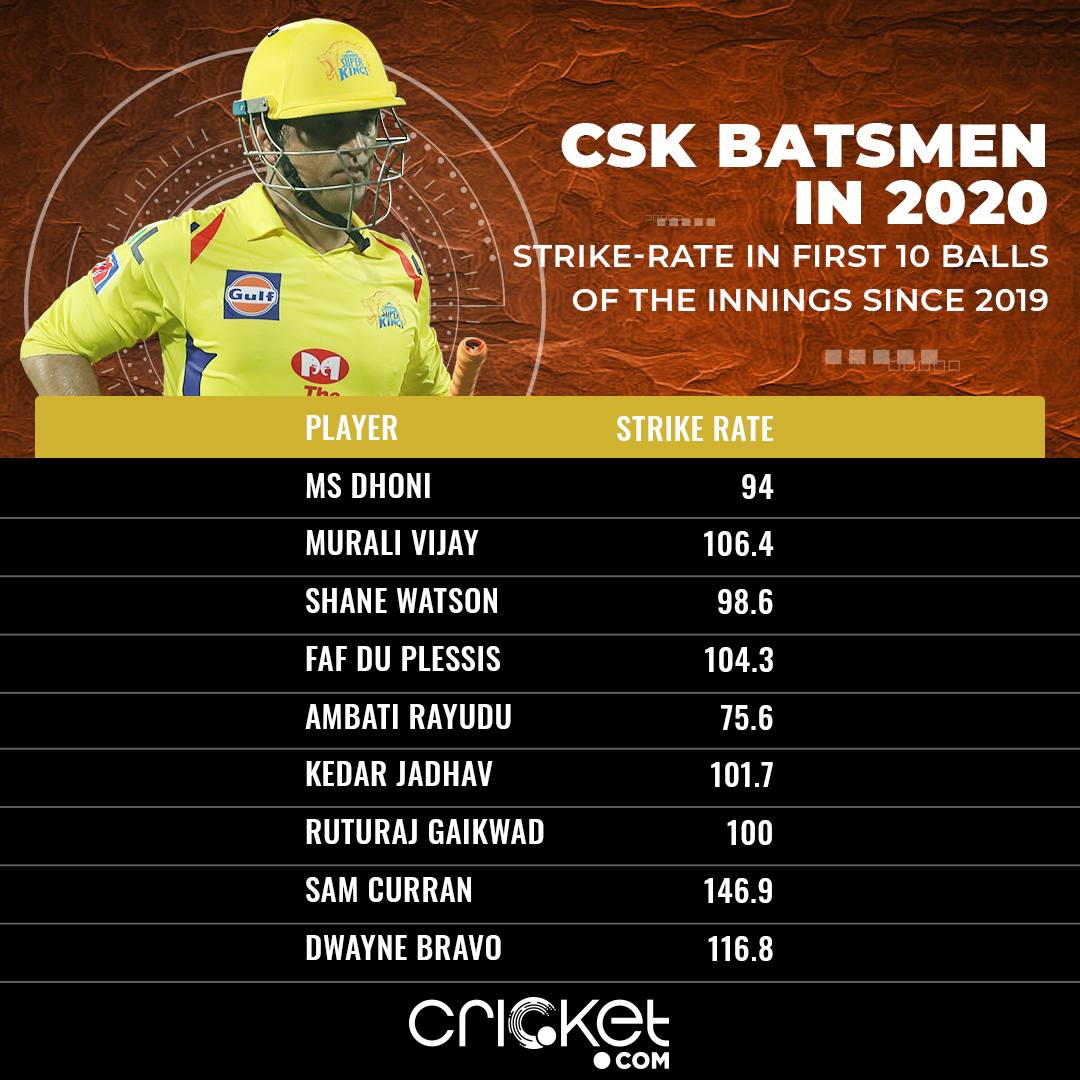 Hence, they are languishing in the lower-half of the run-rate table in every phase of a T20 innings this season - 6.9 in Powerplay, 8.1 during the middle-overs and 10.8 at the death (boosted by one match in Sharjah).

Moreover, there remains doubts over MS Dhoni’s batting position. He admitted he is still rusty which made him push himself down in the order but at the moment, none of CSK’s frontline batsmen (except Faf du Plessis and Ambati Rayudu) have seemed to be in rhythm.

Dhoni criticized both batsmen and the bowlers post CSK’s defeat against Delhi. Akin to their batting, their troubles with the ball also start at the top. With less swing on offer upfront, Chahar has been a shadow of his previous self. The alarming dip in his bowling numbers with the new ball have let CSK down. 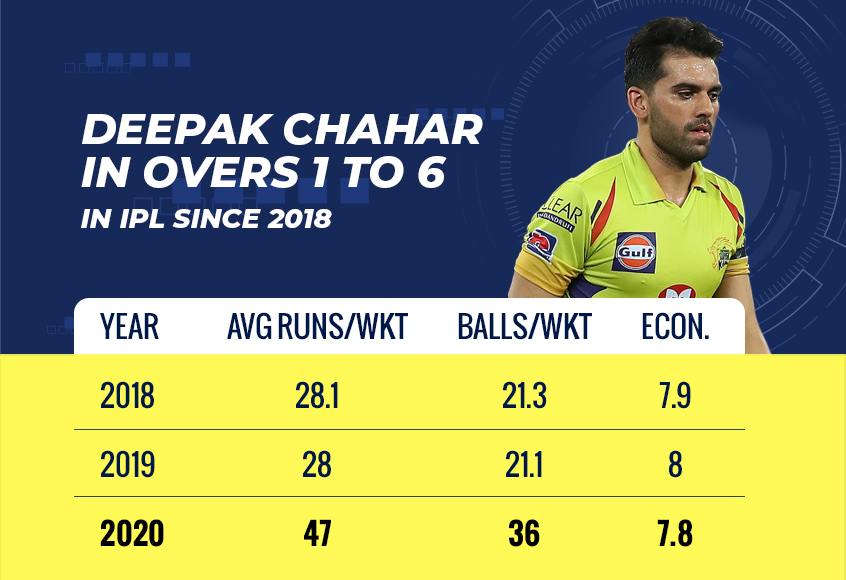 Likewise, the spinners - Piyush Chawla and Ravindra Jadeja - have also found it tough further sinking CSK to one of the least effective bowling sides in the spin department as yet - 39.2 runs per wicket and 9.8 runs per over.

It was surprising to see Kane Williamson back in the SRH XI so soon and the Kiwi international batted like he was never away from competitive cricket. Williamson’s fluent 26-ball 41 was the difference that helped SRH beat Delhi.

Williamson’s class is evident from the fact that he is one of the most prolific batsmen during the middle overs in IPL since 2018, be it his run tally, batting average or strike-rate. 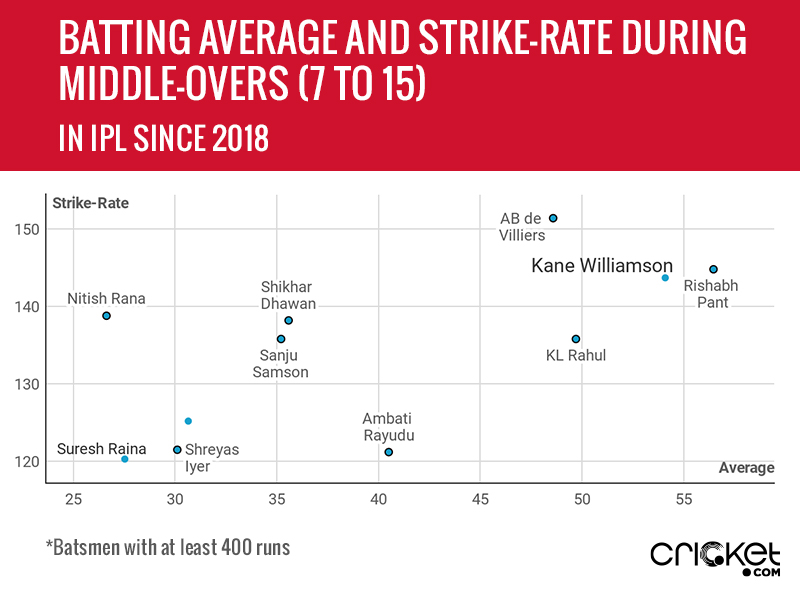 His presence solves SRH’s middle-overs crisis and the way he batted in his first game, he will test the struggling CSK spinners.

We have not yet seen many yorkers this IPL, which might be due to rustiness amongst bowlers and the due factor in UAE. But SRH’s T Natarajan has been a revelation in the department. He has nailed 14 yorkers in three games thus far, eight more than the next best, Tom Curran (six yorkers in as many games).

Bhuvneshwar Kumar, Sandeep Sharma and Khaleel Ahmed have shown inconsistent form but Natarajan has been excellent with his lengths throughout. He played a big role in choking Delhi in the previous game and might come in handy against CSK as well.

Suresh Raina’s withdrawal from the tournament has jeopardized CSK’s balance. They are forced to play two overseas batsmen which is stopping them from playing quality players like Mitchell Santner and Imran Tahir.

With Rayudu set to come into the XI, Ruturaj Gaikwad, who has been batting out of position at number five is expected to replace Vijay and partner Watson as an opener. Including Bravo in the side might be tough since Sam Curran has not done anything wrong.

After getting off the mark on the points table, SRH would want to field the same XI.