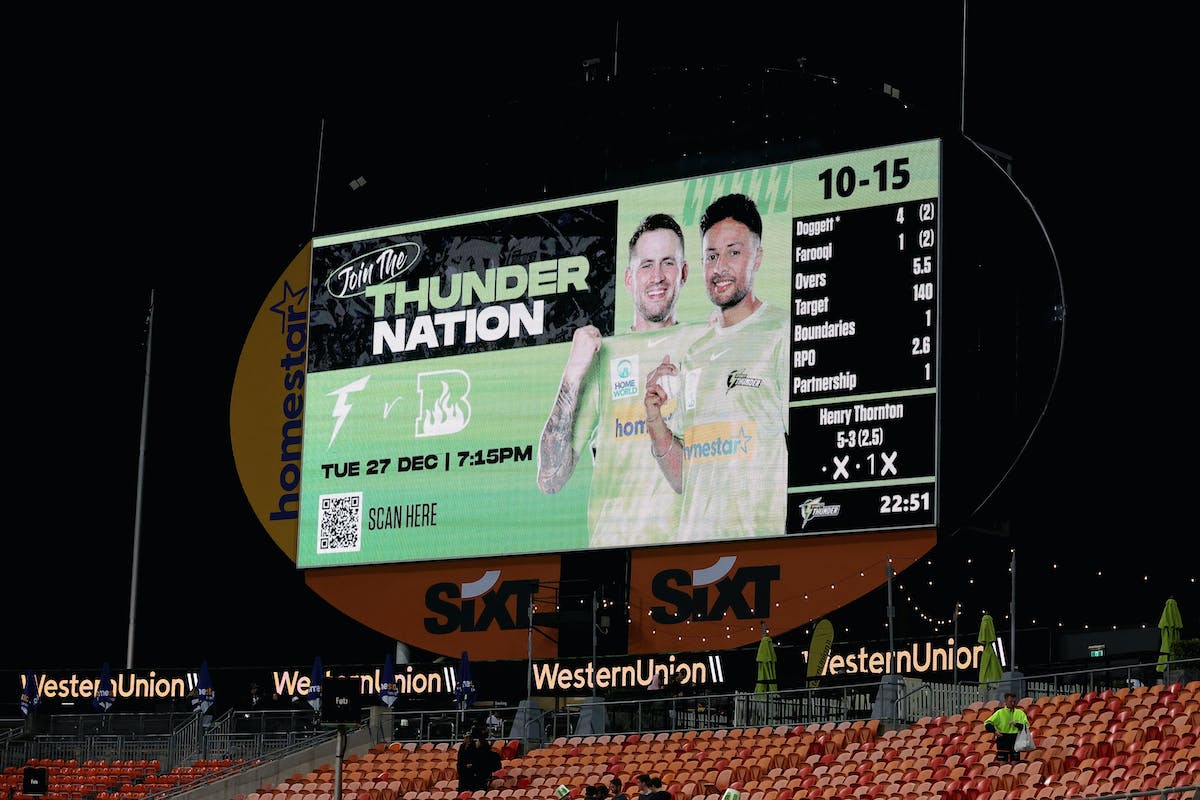 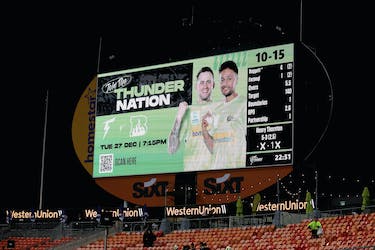 There wasn’t shortage of madness in cricket today, and Sydney Thunders’ innings in the 12th edition of the Big Bash League is certainly the mother of all blunders

Overall, there were three major events happening today. The final day of the first round of the Ranji Trophy 2022/23, Day-3 of the first Test between India and Bangladesh, and a double header in the BBL.

What happened in the fifth match of the BBL| 12 between Sydney Thunder and Adelaide Strikers are still hard to digest. With Alex Hales, Rilee Rossouw, Jason Sangha, Alex Ross & Daniel Sams in their side, they were all-out for just 15! Yes! This is the hard and unbelievable truth. They were bundled out in just 5.5 overs. Just imagine that!

In all T20s, this is the lowest-ever total posted by any team. Turkey against Czech Republic in 2019, were bowled out for 21, was the lowest then. Also the 35 balls faced by Thunder in this innings is the shortest completed innings for a team. Turkey in their innings batted 8.3 overs (51 balls).

That’s not it, in the two matches played today, there was a century, a five-wicket haul and a five-catch haul. Joe Clarke of Melbourne Stars slammed the first ton of this BBL edition against Hobart Hurricanes.

In the second match, Henry Thornton (5/3) led the devastation against Thunder with a five-wicket haul. In the same match, Strikers’ wicket-keeper Henry Nielsen was involved in five catches.

It was a day of comebacks for some of the Indian players, starting with Kuldeep Yadav. Thanks to his spell of 5/40, his best bowling figures in an innings, Bangladesh were bundled out for 150 in the first innings.

In India’s second innings, it was the turn of another youngster. Shubman Gill, who had four 50+ scores in his Test career before today, and he went on to register his maiden Test century.

But Cheteshwar Pujara’s 100 after 1441 days (Pujara scored his century in the second day of Sydney Test in 2019) came in as a bigger delight. Interestingly, it wasn’t some old Pujara-esque innings. He registered his century in just 130 balls, which is the fastest for him in Tests. You know what was crazier, he played a reverse sweep. In 97 matches and 165 innings before today, he had never tried that shot.

At the end of Round 1, there were few dull draws, and also some fascinating wins. Maharashtra went on to win by nine wickets chasing 178 against Delhi. In the plate group, Meghalaya chased 298 with two wickets in hand and won outright, despite conceding the lead. Uttarakhand won by a margin of 174 as they dismantled Nagaland for a paltry score of 25, the joint fifth lowest total in first-class cricket in India.

But the most entertaining match was between Hyderabad and Tamil Nadu at Rajiv Gandhi Stadium, Hyderabad. By dismissing Hyderabad for 258 in the 77th over of the day, Tamil Nadu had to chase 144 in the remaining 12 overs.

Both openers, who had reached the triple figure in the first innings, went absolutely berserk in the second innings. In just a matter of 7 overs, they had scored 108 runs at a run rate of 15.45. Their run rate was 0.45 higher than Thunders’ team total against Strikers. They struck 13 sixes in those seven overs and both openers had a strike rate of above 200. Narayan Jagadeesan struck eight of those and registered his half-century in just 19 balls, the third joint fastest in Ranji Trophy history.

However, with five overs left and Tamil Nadu openers going gung-ho, Hyderabad players wasted a bit of time and forced the umpires to call it a day owing to bad light. The way Tamil Nadu batters were playing, the remaining 36 runs in five overs wouldn’t have been a big task. Despite their scintillating effort, they had to settle for a draw.

Kerala as well managed to pull off a win against Jharkhand at the brink of the days’ play. After batting 21 overs on day four, they set a target of 323. With another 66 overs left in the day's play, they picked up the first eight wickets inside 30 overs. However, the ninth-wicket partnership of 119 between Kumar Kushagra and Manishi stalled them for another 28.4 overs. With roughly five overs left to the end, they snatched a win.

On a special note, it was an eventful day for England cricket as well. Though they are playing a Test tomorrow, 16th December will be etched as a special day for Rehan Ahmed (13th August 2004) who was born after James Anderson’s Test debut in 2003. His debut was confirmed by their skipper Ben Stokes in the presser today. At the age of 18 years and 126 days, Rehan will be the youngest cricketer (where data available) to play for England in internationals.