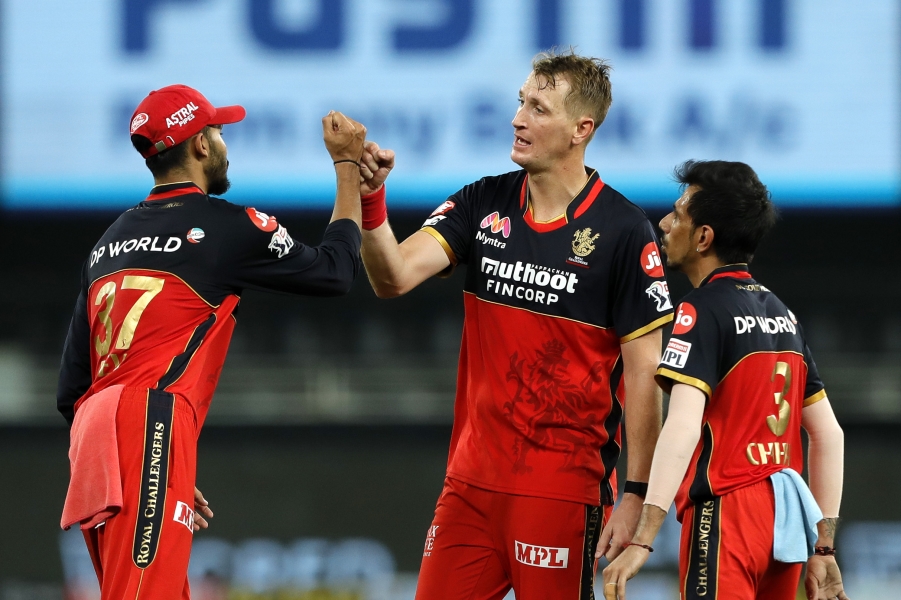 PTI
Decision to push AB down the order didn't work: Kohli
Washington Sundar was sent ahead of the South African at number four

Royal Challengers Bangalore skipper Virat Kohli on Thursday (15th October) admitted the decision to push AB de Villiers down the order didn't work but said his bowlers should have been able to defend 171 against Kings XI Punjab in an IPL match here.

De Villiers, who had smashed a 33-ball 73 against Kolkata Knight Riders in their last match, was expected to come in at his usual number four spot but with two leg-spinners in operation, left-handed batsman Washington Sundar was sent ahead of the South African.

RCB couldn't accelerate in the death overs and if it wasn't for the 8-ball 25 by Chris Morris in the last over, the total would have been below 160.

"We had a chat, a message from outside about left-right combination and we wanted to go with it because they had two leggies. Sometimes things don't come off. We're pretty happy with the decisions we took, but it didn't come off," Kohli said at the post-match presentation.

"Having 170 was a decent score. The idea was to let them (Shivam Dube and Sundar) to get their eye in. They bowled well. It's not a great ground for bowlers but that's not an excuse.

"We take pride in our bowling. Tonight it didn't come off and we have to accept it and take responsibility. There's always something to learn to go back and understand."

Chasing the total, KL Rahul (61 not out) and Chris Gayle (53) went on a six-hitting spree to bring the equation down to seven in last two overs with nine wickets in hand.

But KXIP somehow managed to take the game to the last ball with Nicholas Pooran finally hitting the winning six.

"It was quite surprising, we thought the game might finish in the 18th. A bit of pressure at the back end can confuse you, anything can happen in this game," Kohli said.

KXIP captain KL Rahul heaved a shy of relief after the win, admitting it got too too close for comfort in the end.

"I don't even have words. We knew that we had to scrap and get over the line once and that would give us the confidence. We're a far better side than bottom of the table. Towards the end it got too close for comfort but happy that we made it."

It was only KXIP's second win in the tournament and Rahul admitted it has been frustrating for the team to lose some close matches.

"Our skills were very good, probably didn't capitalise in the big moments starting with the first game at Delhi. It's part of the IPL, it's part of cricket. There are ups and downs and this has been the kind of rollercoaster that's been crazy but on a positive note we needed this win."

Rahul has been in sensational form with four fifty and a massive hundred so far in the tournament.

However, he said his personal form hasn't been on his mind as he had to manage the team as captain.

"At the moment, my first time as captain, you kind of don't reflect on your own performance. As a leader you need to think of everybody and how to keep the 15 or the 25 balanced and hungry to do well. That's been the challenge so personal performances haven't been on my mind so much."

Rahul praised Chris Gayle, who blasted a 45-ball 53 in his first match since January.

"Chris has not been feeling well but he's always been hungry. Anyone who saw him, he was training hard like he's probably never done. It was a tough call to make not to play someone like that," he said.

"I won't take credit but it's important to keep the lion hungry sometimes. Wherever he bats, he's still the same player and it worked today."