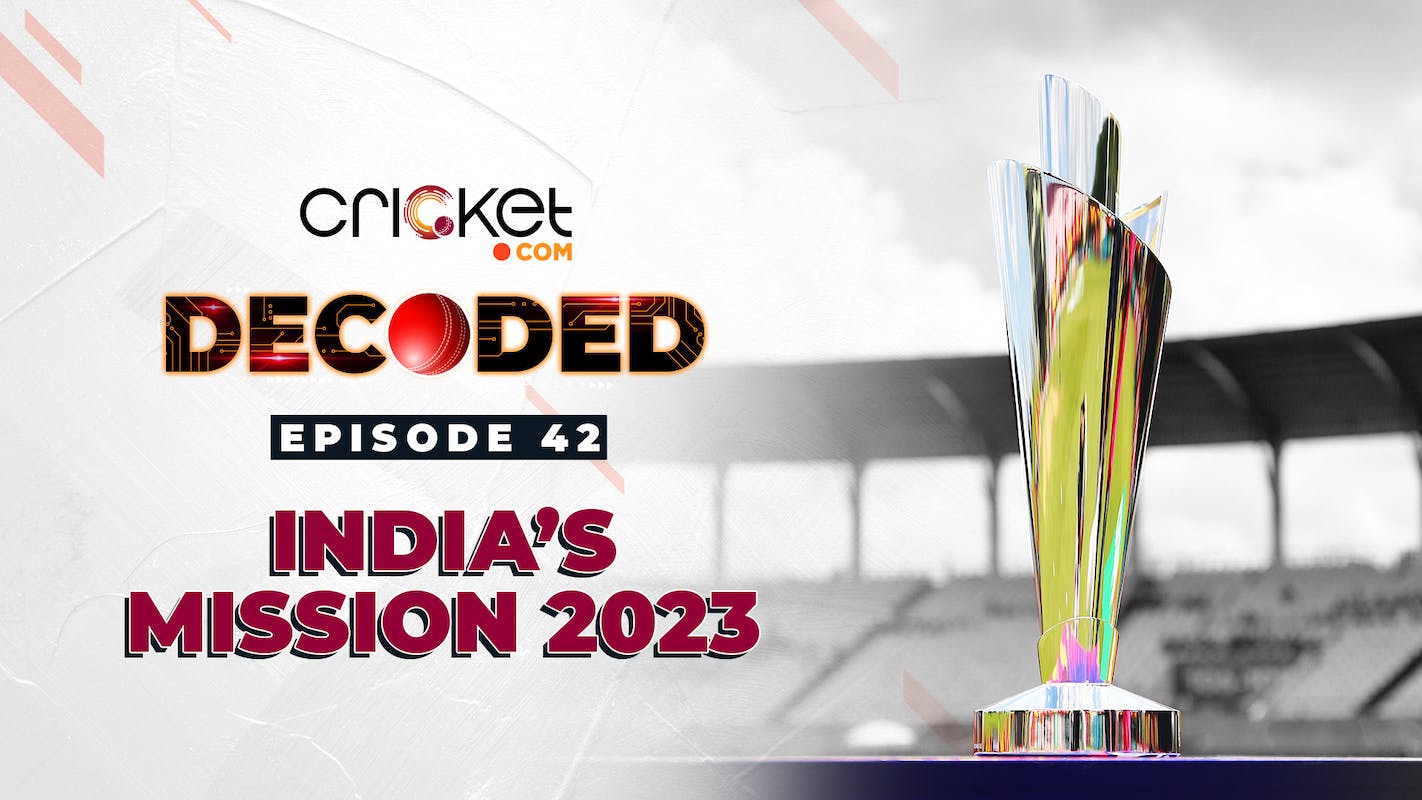 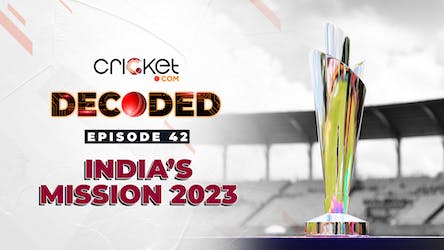 In a country with a population of over a billion people, a land where cricket is followed and loved by every age group, the 2011 World Cup triumph at home marked a new era in the glorious chapter of India's cricketing history.

While India came agonisingly close on two occasions to etch their name in the record books, the Women in Blue will have yet another opportunity when they set foot at Edbatson for the summit clash of the Commonwealth Games.

We are all set to witness history unfold at Edgbaston!

As ardent supporters of women's cricket, it is heartening to see the direction where the sport is heading, and the introduction of women's cricket in the Commonwealth Games is just the start of something incredibly special.

It is indeed a very exciting day as fans of Indian sport, as history awaits the Women in Blue in their quest for a Gold medal at the multi-sport event.

While it promises to be a Sunday blockbuster, and regardless of the result, we are mighty proud of the efforts they have put in to reach the final of the competition and hope for the Women in Blue to dominate the international circuit in the coming years.

However, India have yet another major event in six months, the T20 World Cup in South Africa, and we decode the chinks in the armour for the team heading into the coveted trophy.

In the inaugural game against Australia, on the second ball of the eighth over, Rachael Haynes sliced a fuller delivery straight into the hands of Radha Yadav at backward point to send the Indian team and the fans in absolute jubilation.

However, little did they know, the match was far from over as Grace Harris, and Ashleigh Gardner rallied through the middle overs to forge a crucial 51-run stand for the sixth wicket to help Australia eke out a three-wicket win in the inaugural game of the Commonwealth Games.

While India would be hurting at the moment, considering they had the world champions on the mat, it is fair to say India missed a trick as their spinners leaked runs through the middle overs to help Australia get away with the game. 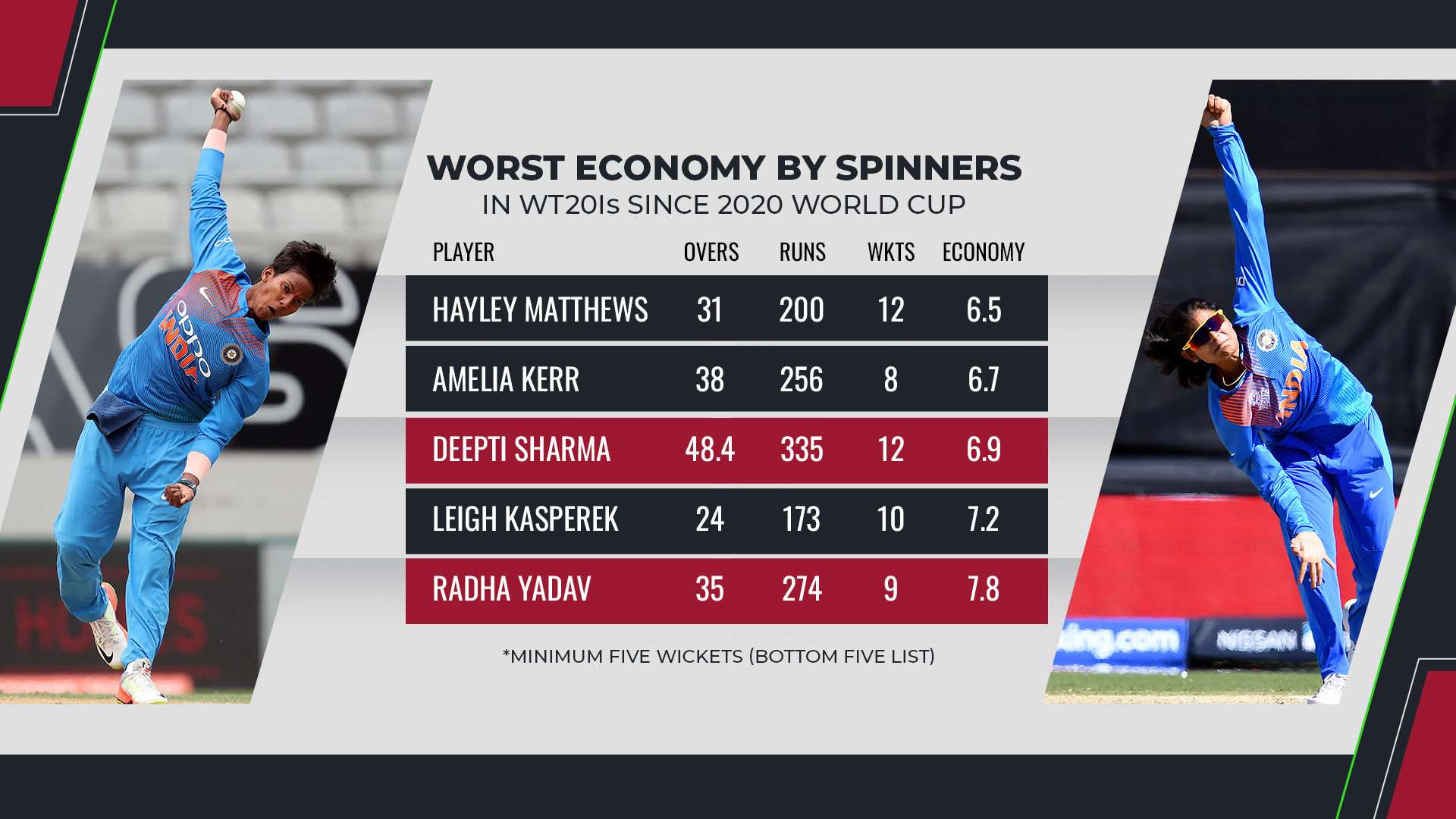 A detailed analysis of this graph helps us understand that the spinners have been far from effective for the Women in Blue since their heroics in the World Cup Down Under a couple of seasons ago.

In the 10 innings played thus far, Radha has bowled 35 overs and scalped nine wickets at an economy rate of 7.8 runs per over, which is the worst among spinners with a minimum of five wickets since the World Cup among the top six nations.

To add to India's worries, their premier spinner, Deepti Sharma, too has struggled with consistency since the pandemic and managed to pick up 12 wickets in 14 innings at an economy rate of 6.9 runs per over, which is the third-worst among bowlers with a minimum of five scalps among the top six nations.

Apart from the duo, there is another player who seemed to have fallen off the radar as far as the team management is concerned after her scintillating performance in the T20 World Cup.

Well, yes, you guessed it right!

We are talking about none other than Poonam Yadav, whose diminishing returns in the shortest format of the game has resulted in her exclusion from the Indian side. 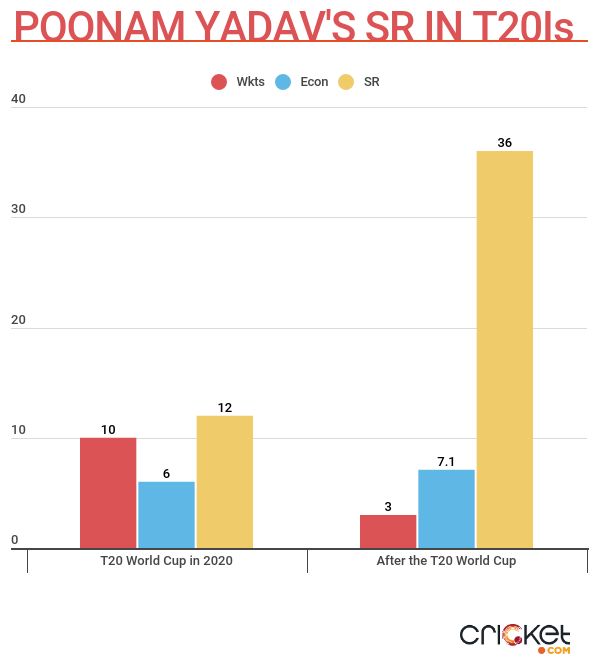 Over the years, the Women in Blue have been known to be a spin-dominated nation, and their dismal performance has been one of the significant reasons for India to falter in high-voltage competitions.

And while we have all the focus and attention on India's spin woes, let us not take anything away from the Australian side as they kept coming hard at the Indian bowlers and succeeded in their aggressive brand of cricket.

In a conversation with ESPN Cricinfo, Tahlia McGrath said that the 2017 defeat against India in the semi-finals reshaped the values of the side. "It was something that we sort of really looked at and reshaped our values and how we play our brand of cricket."

And they have walked the talk as Australia have been unstoppable since then as they have remodeled their brand of cricket and are now a couple of steps ahead of all the team around the world in the type of cricket they play.

In the 42 ODI matches played thus far since their exit from the World Cup in England, they have lost only two games and also hold the record for the most successive wins in ODI history, which is 26.

Well, not surprising as it was India again who were a thorn in Australia's glorious history by clinching a two-wicket win post a cliffhanger in the third ODI at Mackay.

As an Indian supporter, it was heartening to witness the Women in Blue halt the Aussie juggernaut. However, as fans of world cricket, it makes us wonder about the depth of the Australian side and their dominance in the recent past.

How did Australia manage to achieve this?

Well, even before Australia's blip in World Cup in 2017, Cricket Australia kickstarted the Women's Big Bash League in 2015, which turned out to be the catalyst behind Australia's revolution in white-ball cricket.

With stadiums packed to capacity and the expectations of fans who are glued to the television sets, the WBBL helped Australia kickstart a new era in women's sport. 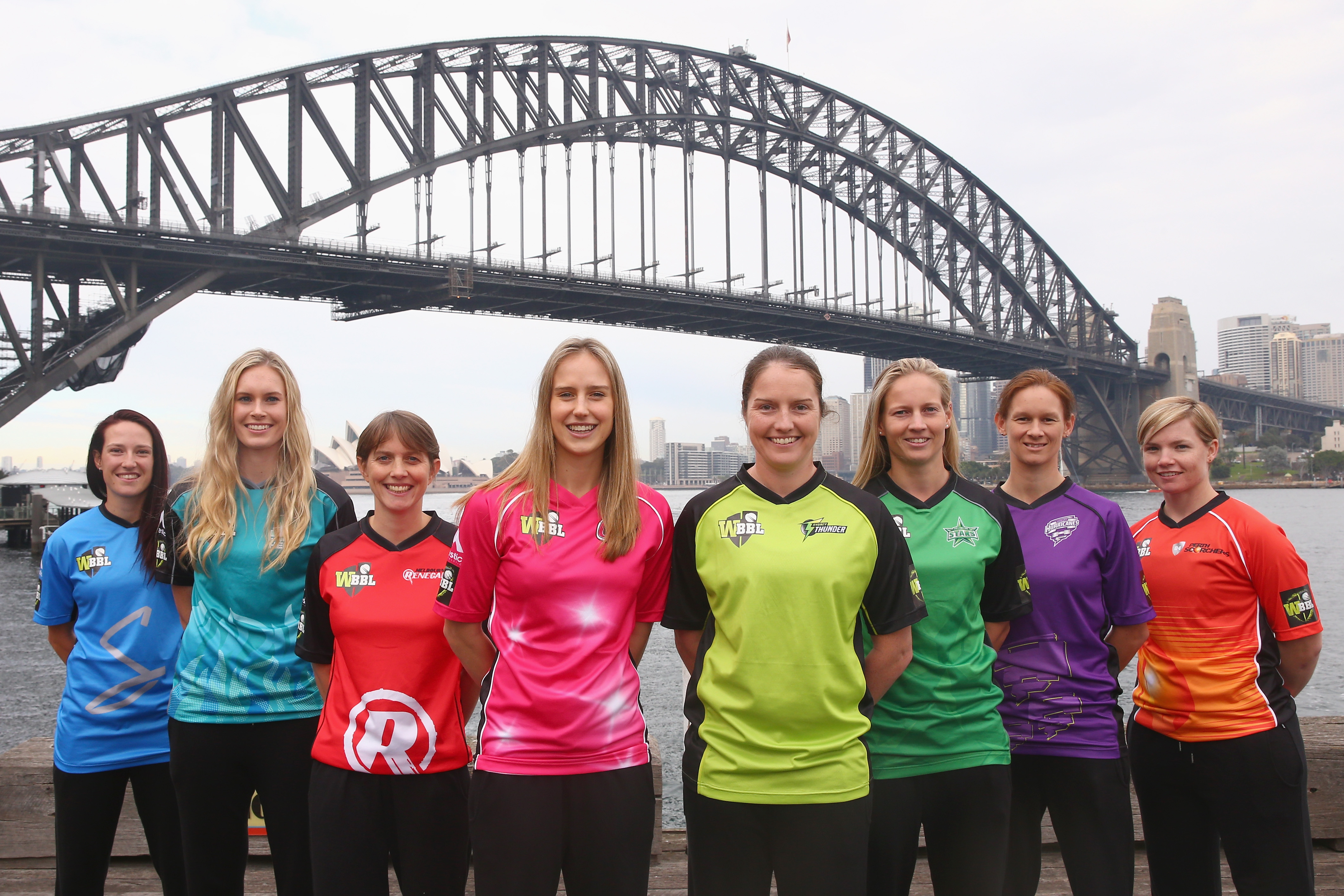 The eight-team tournament provided the domestic players with an opportunity to share the dressing room with a plethora of international stars whilst creating an impact.

In the last seven seasons, Australia have managed to unearth stars in Tahlia McGrath and Gardner or even, for that matter, Grace Harris in the recent past.

While the Indian fans were heaving in a sigh of relief after getting rid of the big guns in the first seven overs, Australia knew they had depth in their batting to chase down the total.

With Gardner plying her trade at the top of the order for the Syndey Sixers, Harris opens the batting for the Brisbane Heat, and it is fair to say she is no mug with the bat as she has smashed eight half-centuries along with her two scintillating hundreds.

It is the never say die attitude of the Aussie outfit that sets them apart, and the WBBL has been the catalyst behind their growth and development in the recent past.

However, the same cannot be said about the Indian side, as the cricketing pundits and the players have been longing for the inception of the Women's Indian Premier League.

Time for BCCI to overhaul the domestic structure?

While the extravaganza is one of the steps for India to improve their white-ball credentials, another aspect the Board of Control for Cricket in India can work on is the increase in the number of matches at the domestic circuit.

The BCCI has introduced the zonal competitions back for this season along with the Under-16 games, which is a step in the right direction as it will help the team scout talent early in their career and groom them for bigger and much-tougher competition.

Another thing the Board can opt for is the introduction of red-ball tournaments and long-format competitions. Even if Test match cricket is not a regular fixture in the international arena, India can well and truly benefit from the extreme conditions.

With the wear and tear on the wickets, the batters could well get acclimatized to the conditions on offer, which will augur them well for the challenging situations and instil the killer instinct that is lacking to close out games.

They have been guilty of crumbling under pressure on various occasions, including the summit clash of the World Cup and the T20 World Cup, and these additional matches will expose them to situations that can well and truly power India to their elusive title.

*All stats till India vs Pakistan CWG game