Decoded: What does Stokes and Morgan’s retirement mean for England? 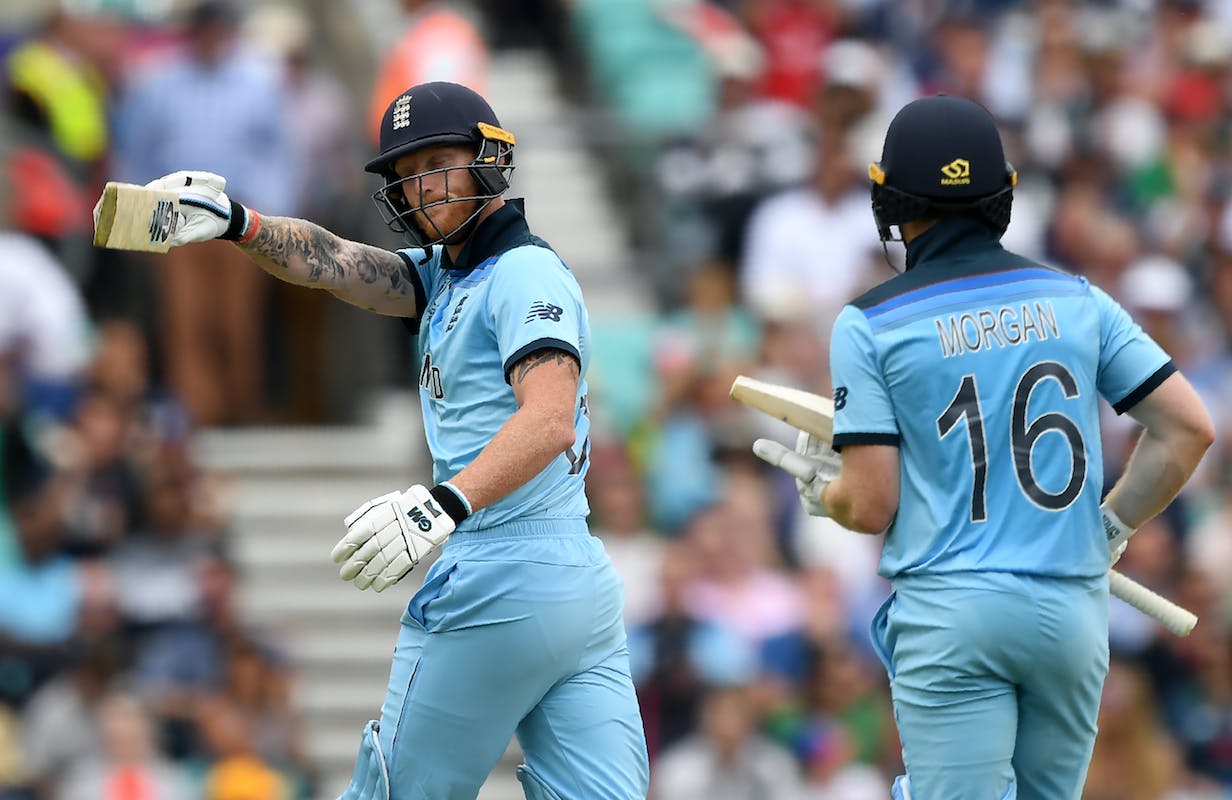 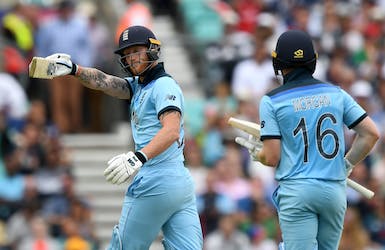 Decoded: What does Stokes and Morgan’s retirement mean for England?

We decode what the duo’s departure means for the Three Lions in ODI cricket, and look at how they can fill the void left by the pair

In the span of a month, ODI cricket has unquestionably become poorer, having lost two modern-day behemoths of the format. But spare a thought for England who, a year ahead of the 50-over World Cup, have lost two players that were believed to be sure-shot starters. That too inside 20 days.

England were only theoretically supposed to start a new era under Jos Buttler and Matthew Mott. Now, they are staring at a full-blown transition in the middle-order.

In the wake of the bombshells dropped by Morgan and Stokes, we decode what the duo’s departure means for the Three Lions in ODI cricket, and look at how they can fill the void left by the pair.

What exactly are England losing?

Well, in short, a lot. A year ahead of the World Cup, England have essentially lost the core of their middle-order.

The class of ‘15 is known for its pyrotechnics, the posterboys of the ODI revolution being Jason Roy, Jonny Bairstow and Jos Buttler, but integral to the team’s dominance in the format were the experience, versatility, calmness and assurity that Morgan and Stokes brought to the side, batting at No.4 and No.5 respectively.

For a start, both Morgan and Stokes, despite their inherently aggressive nature, were bankers; they guaranteed runs.

What truly made both Stokes and Morgan one-of-a-kind batters was the fact that they could seamlessly transition between accumulator and aggressor. In fact, there has been many an occasion where the duo have done both roles concurrently.

During the aforementioned period, Morgan and Stokes struck at 99.7 and 96.7 respectively. Just to give an idea of how both these batters had the ability to turn up the heat at will, in the said four-year period, there were a total of 17 innings (combined) in which the pair scored 40 or more runs at a strike rate over 120.00.

Both Stokes and Morgan were also outrageously good players of spin. Between March 2015 and July 2019, Morgan scored more runs against spin than any other middle-order batter, averaging 71.81 while striking at 103.6. Stokes was not as prolific as his skipper, but he still averaged 59.93. 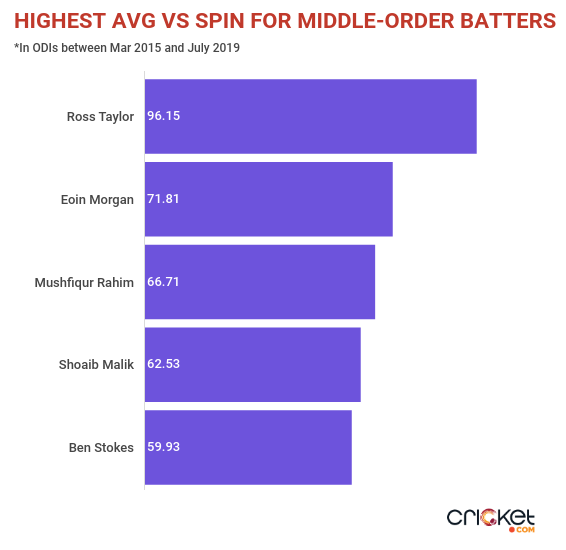 The pair, both left-handers, effectively ensured that there was no way opposition sides could strangle or run through the team with spin.

So, England have just over 12 months to find two batters who will guarantee them the following: stability, consistency, versatility, aggression and adeptness against spin. And oh, preferably at least one of the two being a left-hander. Easy peasy, eh?

Who are the candidates that can bat at No.4?

Here’s where things get tricky for England. Had, say, Jason Roy called it a day, it wouldn’t have been a problem, for there are no paucity of openers in the country: Phil Salt, Tom Banton, Sam Hain, Zak Crawley, Joe Clarke. The list goes on and on and on.

But on the middle-order front, the truth is that England, currently, have no like-for-like replacements for either Stokes or Morgan.

First, let us take a look at who could potentially take the place of Morgan. Or, in other words, bat at No.4.

Against India, it was Stokes that occupied the No.4 slot. He, too, has retired now, leaving Dawid Malan as the front-runner.

Malan is an experienced campaigner who has been in the white-ball set-up for over half a decade, so there’s no question of ‘settling-in’. He averages 53 in ODI cricket and has previously batted at No.4 for England, twice, and averages 66.00 in the position. He is a run-machine and he also is someone that can shift gears effortlessly once he’s got his eye in.

However, so far in his international career, the southpaw has proven to be someone susceptible against spin. His troubles against the slower bowlers were laid bare in the Asia stretch in T20Is last year, where he averaged 19.25 and struck at a mere 92.77 against the spinners. With the World Cup scheduled to be held in India, deploying Malan at No.4 might be a big risk.

Sam Billings is another potential candidate that could replace Morgan at No.4. Billings has never previously batted in the position but has been a transformed batter in 50-over cricket post the pandemic, averaging 56.00, including striking a fine ton against Australia.

He, unlike Malan, is renowned to be one of the better players of spin in the country. In fact, in his List A career, Billings averages a staggering 92.67 versus spin. What’s to be seen with Billings, though, is whether the management believe he’s skilled enough to bat as high as No.4.

Barring the aforementioned two, there are two outside candidates in James Vince and Harry Brook.

Vince, in fact, batted at No.4 twice against Pakistan last year and notched up scores of 56 and 102. But despite Brook having only played 15 List A games — where he’s not set the stage alight, averaging 31.18 — it won’t be a surprise if the management fast-track the 23-year-old, who’s already featured in T20Is and was part of the Test squad during England’s home summer.

Stokes’ No.5 spot has been taken over by Buttler, leaving No.6 as the position up for grabs. Liam Livingstone is the incumbent and logic dictates that the right-hander will get a pretty extended run. But the jury is still out on Livingstone, who is yet to show that he is capable of constructing an innings. Buttler previously occupied the No.6 slot and while he stood out for having the ability to explode at the back end, an underrated aspect of his was the ability to take the game deep.

There’s also a conundrum facing England, with respect to replacing Stokes: whether to draft in a specialist batter or pick someone that can double-up as a sixth bowler.

Going for a specialist batter will open up more avenues in terms of options. Aforementioned candidates such as Billings and Brook can slot in at No.6, as can a player like Phil Salt, who despite having predominantly batted up top in List A cricket has shown in the shortest format that he can adapt to batting lower down the order.

Someone like a Ben Duckett, who impressed in the recent England Lions vs South Africa series and is a batter of the Ben Stokes mould, is also a potential candidate. Duckett, it is worth remembering, will also bring that left-handedness.

However, opting for a specialist batter at No.6 will leave the team with just five bowling options, given no one from the Top 5 is capable of bowling.

A quandary within a quandary is also whether that sixth-bowling option needs to be a seamer. In that case, Sam Curran and Lewis Gregory will emerge as obvious contenders. But neither of these players have shown enough with the bat to suggest that they can slot in as high as No.6.

An alternative will be to promote Moeen Ali to No.6 but it is worth noting that Moeen himself has struggled immeasurably with the bat since 2018, averaging 20.30, having gone 44 innings without a fifty-plus score in the format.