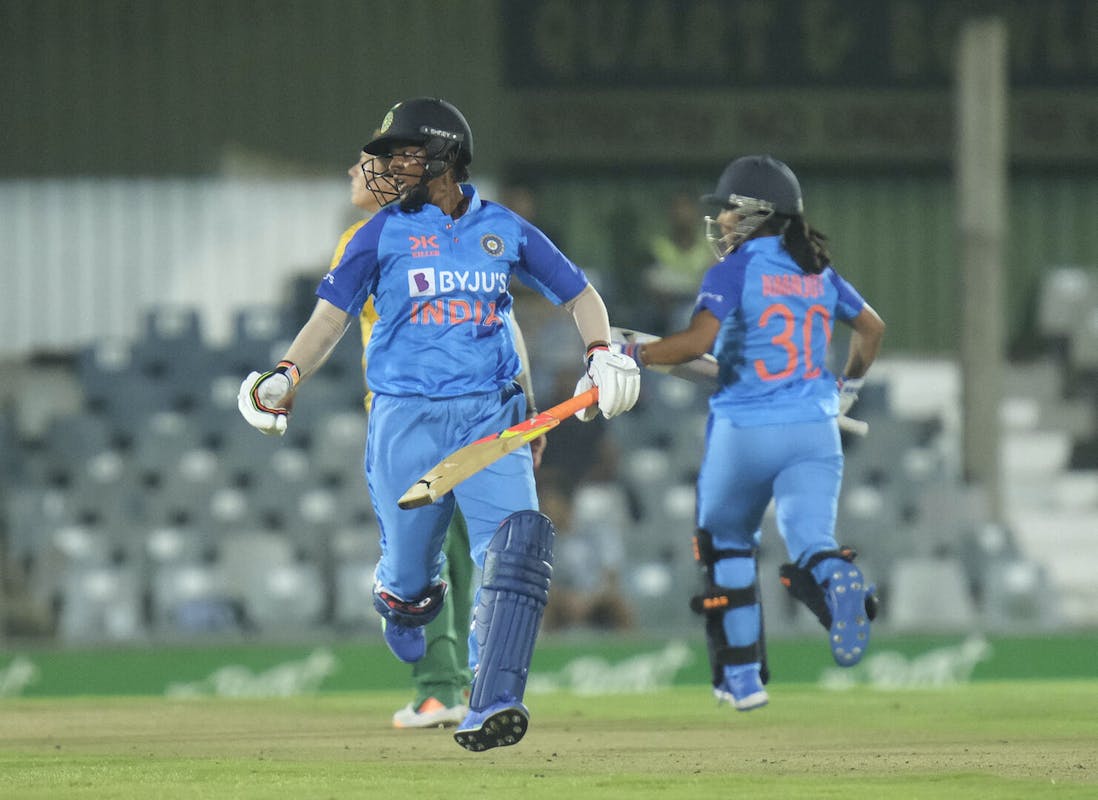 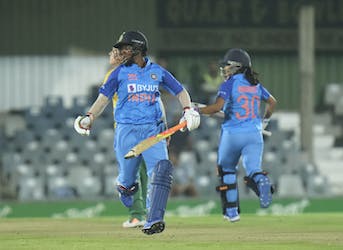 India clawed their way back into the contest with the help of a crucial 76-run, sixth wicket stand between Sharma (33) and Kaur (41*) and subsequently sealed it in their favour

A Deepti Sharma and Amanjot Kaur-inspired performance helped India seal an impressive 27-run victory over the Proteas to get the Women’s T20I Tri-Series underway at the Buffalo Park Stadium in East London on Thursday evening.

Sharma and Kaur partnered up for an all-important half-century stand for the sixth wicket to help India post a commendable 147/6 in their allotted overs, before Sharma shone with ball-in-hand, taking figures of three for 30 to restrict the Proteas Women to 120/9.

After winning the toss and electing to bowl, South Africa made a bright start with the ball as Ayabonga Khaka (1/35) removed the stand-in captain Smriti Mandhana (7) before keeping India at bay on 29/1 in the powerplay. With the scoreboard pressure rising, the Proteas had their tails up in the field as a direct hit from the deep by Khaka claimed the wicket of Harleen Deol (8), with the very next ball seeing the departure of Jemimah Rodrigues for a first ball duck off the bowling of Nonkululeko Mlaba (2/15).

While wickets were falling at the other end, opener Yastika Bhatia fought her way to a 34-ball 35 before she became Delmi Tucker’s (1/14) maiden T20I wicket. That scalp was soon followed by another wicket of Devika Vaidya (9) – removed by Mlaba – to leave India reeling on 69/5 in the 12th over.

The subcontinent outfit then clawed their way back into the contest with the help of a crucial 76-run, sixth wicket stand between Sharma (33) and Kaur (41*). The duo capitalized on indifferent bowling from the South Africans, dispatching nine boundaries, including one six, to help propel their side well into triple figures.

India managed to end on a competitive 147/6, with Sharma the last wicket to fall as Marizanne Kapp (1 / 30) and Khaka combined to good effect on the penultimate delivery of the innings.

Needing 148 for victory, South Africa struggled to find consistent rhythm with the bat as a regular fall of wickets kept the required run rate rising despite valiant efforts from Kapp (22), Suné Luus (29) and Chloé Tryon (26).

Lower-order contributions from Nadine de Klerk (16) and Sinalo Jafta (11) were not enough as India wrapped up proceedings with three quick wickets in the final two overs to confirm the 27-run triumph and take an early lead in the triangular competition.

South Africa will have an immediate bounce-back opportunity when they take on the West Indies on Saturday, 21 January at the same venue as they continue their journey towards hosting the ICC Women’s T20 World Cup between 10 – 26 February in Cape Town, Paarl and Gqeberha.