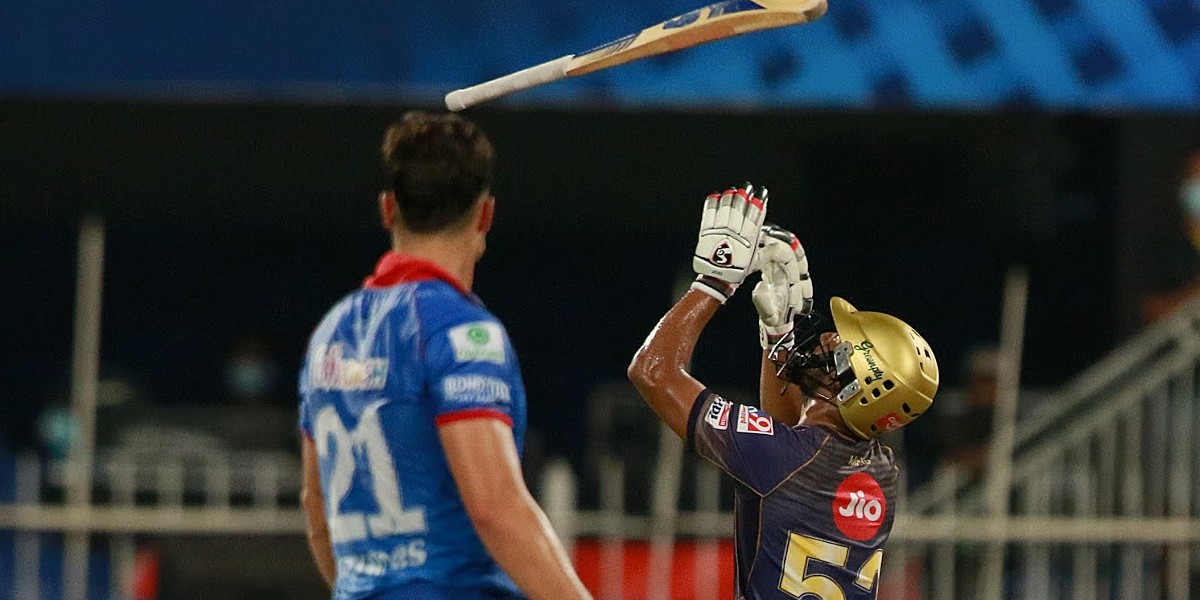 With this win, the Capitals have now moved to the top of the table

Almost... Eoin Morgan and Rahul Tripathi almost did the unthinkable against Delhi Capitals, but Shreyas Iyer and Co. somehow managed to hold their nerves and emerged victorious by 18 runs in yet another high-scoring affair at Sharjah on Saturday (October 3). With 92 needed off 30 deliveries, Morgan and Tripathi launched an outrageous attack on the Delhi bowlers, but at the end were left with far too much to do. With this win, Delhi have now moved to the top of the table.

Asked to bat, there were a couple of blistering cameos but it was Iyer (38-ball 88*) and Prithvi Shaw (41-ball 66) who made the most of Sharjah's flat batting surface and short boundaries and helped Delhi amass 228/4 in their 20 overs. Nitish Rana (35-ball 58) then scored a solid half-century before Morgan (18-ball 44) and Tripathi (16-ball 36) made things interesting and almost pulled off a heist.

Kolkata needed a solid start from their openers but Narine's (3) horrible form with the bat continued as he was knocked over by Anrich Nortje in the second over. Coming in at No. 3, Nitish Rana clobbered R Ashwin for two sixes in his first over and didn't allow the offspinner to dictate terms in his comeback game. In-form Gill too joined the party and went after Nortje in his second over. The two scored at a good pace as Kolkata managed 59 runs in the powerplay.

That's when Amit Mishra was introduced into the attack and the legspinner put down a caught-and-bowled chance offered up by Rana in his very first over. Mishra didn't shy away from flighting the ball and got the reward in his next over, dismissing Gill for a 22-ball 28. Then came the battle everyone was waiting for, Russell v Rabada. The right-handed dasher greeted Rabada with a four and a six down the ground but it was paceman who had the last laugh as he sent Russell back for just 13. 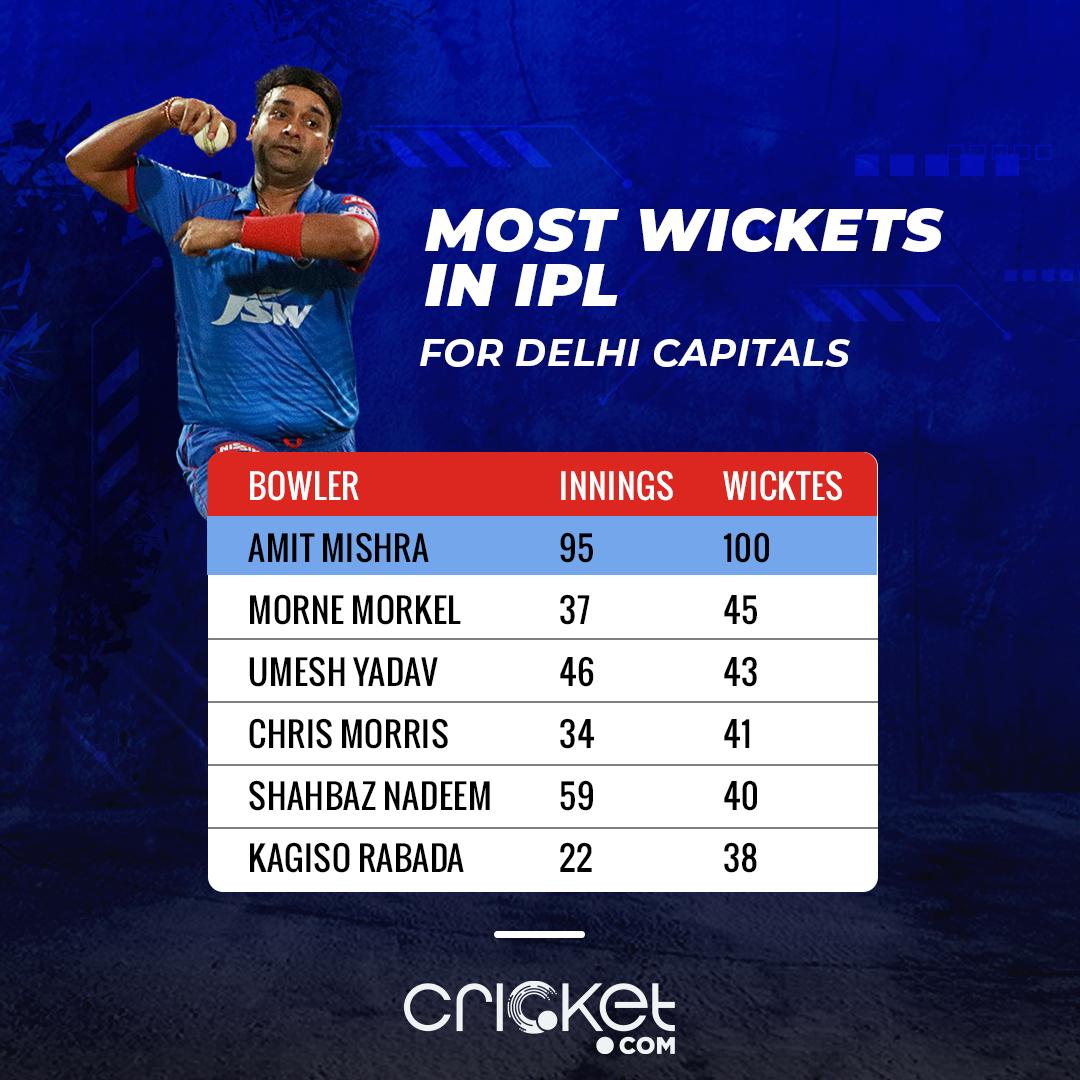 Rana kept fighting and got to his fifty in the 12th over. With 121 needed off 48 balls, Harshal Patel got rid of Rana and Karthik (6) in successive deliveries before Nortje got the better of Cummins in the 14th over. Morgan walked in to bat at No. 6 and had to start swinging from the ball one. He was later joined by Tripathi and the two brought Kolkata back from the dead. It all started with Tripathi who smoked Marcus Stoinis for three sixes and a four in the 17th over, before Morgan went after Rabada and accumulated 23 runs off the 18th over.

With 31 needed off 12, Nortje bowled an outstanding 19th over. He only gave away five runs and also dismissed Morgan. Stoinis then knocked over Tripathi on the second ball of the final over to avoid a daylight robbery.

Earlier, Shaw wasted no time and went bonkers from the word go. There was nothing on the surface for the bowlers and the young opener made the most of it. Shaw didn't allow Pat Cummins to settle in and whacked him for two fours and a six in his first two overs. The right-arm paceman tried bowling short but couldn't trouble Shaw, and Dinesh Karthik was forced to bring his two spinners into the attack.

Meanwhile, Shikhar Dhawan took some time at the start before finally cutting loose against Sunil Narine in the fifth over. The left-hander swept Narine for consecutive sixes and got some momentum into his innings. Varun Chakravarthy however was outstanding with his variations and bowled with great control. The mystery spinner from Tamil Nadu conceded only 13 in his two overs that he bowled in the powerplay and also got rid of Dhawan for a 16-ball 26.

Shaw however kept the attack going but Andre Russell managed to slow things down with a couple of tidy overs. Just when it looked like Kolkata were starting to put pressure on Delhi, Iyer went berserk. The skipper took the attack to Narine and Chakravarthy and ensured Delhi were scoring over 10 per over. Shaw also dominated the battle against his former Under-19 teammates Kamlesh Nagarkoti and Shivam Mavi. In the process, Shaw also completed his fifty, his third in four innings against Kolkata.

It was eventually Nagarkoti who got rid of Shaw, having him caught at long-on. The right-hander smoked four fours and as many sixes before getting dismissed in the 13th over. The onus was now on Iyer and Rishabh Pant to ensure Delhi accumulated as many runs as possible in the last five overs and it was the captain himself who led from the front. Iyer brought up his fastest IPL fifty, off 26 deliveries, in the 16th over. The No. 3 used the depth of the crease to perfection and went after every Kolkata bowler.

Iyer brutalised Cummins in his final over, slamming him for two fours and a six as the paceman finished with figures of 0/49. He found good support from Rishabh Pant who hammered a fiery cameo of 38 off 17 deliveries, studded with five fours and a six. The wicketkeeper-batsman perished in the 18th over but Iyer carried on and tonked Chakravarthy for 20 runs in the penultimate over. Every Kolkata bowler finished with an economy of over 11, but Russell was simply brilliant and only gave away 29 in his four overs. 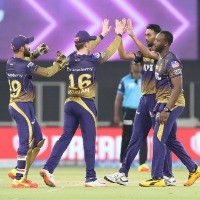 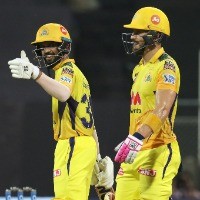