Don't think we have seen the best of Pakistan yet: Matthew Hayden 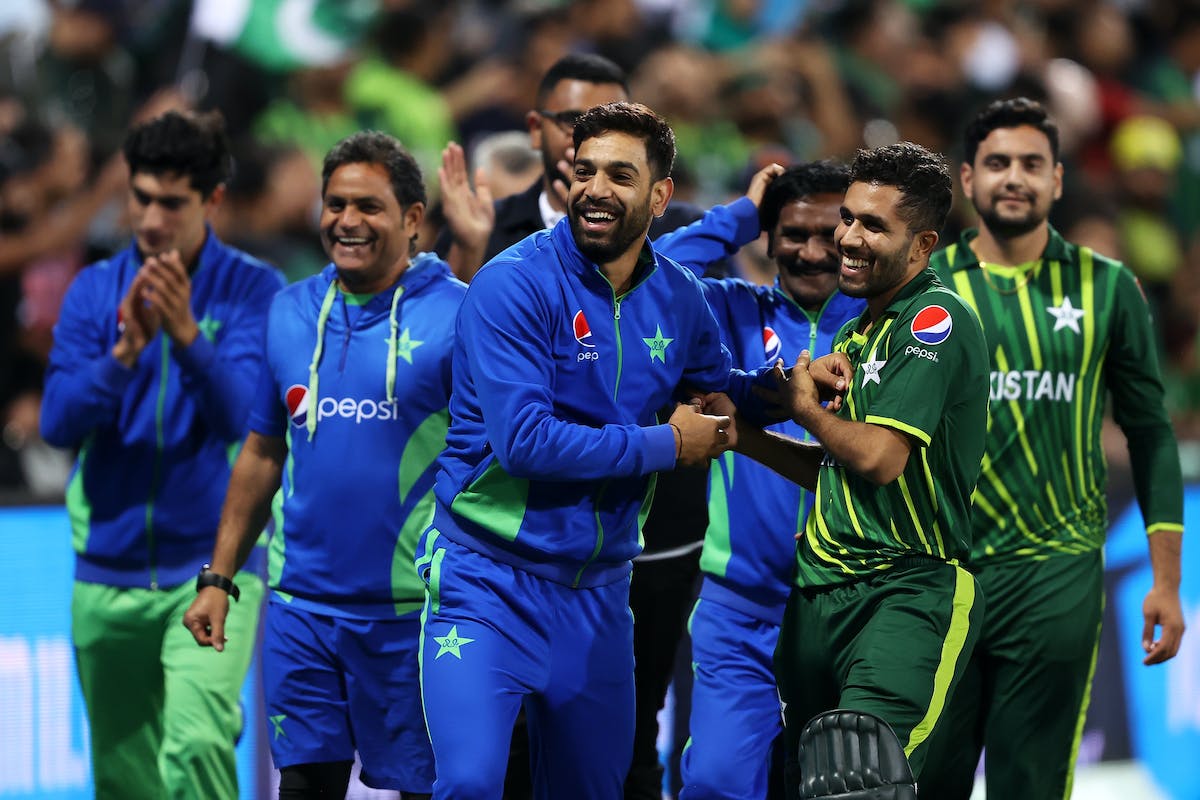 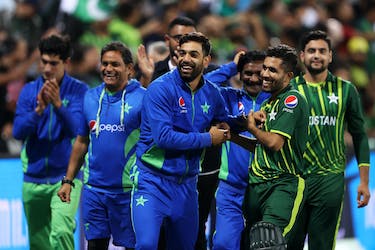 Don't think we have seen the best of Pakistan yet: Matthew Hayden

Pakistan pulled off a comfortable win in the end and have reached the final of the T20 World Cup for the first time since 2009. The bowlers did a tremendous job to restrict New Zealand to just 152 at the SCG. Pakistan openers Mohammad Rizwan (57) and skipper Babar Azam (53) returned to form much to the delight of the team.

Pakistan seemed to be down and out after they lost to India and Zimbabwe in their first two games but won their remaining three games in the Super 12 and with an assist from the Netherlands who beat South Africa, Pakistan progressed through to the semis and with a comprehensive seven-wicket win over the Blackcaps are in line to win their second T20 World Cup.

However, Pakistan batting consultant Matthew Hayden reckons that the world has not seen the best of Pakistan and has sent a stern warning to England and India ahead of their second semi-final clash.

"Tonight was very special. That fast bowling attack you saw did an unbelievable job. I don't think we have seen our best yet, which is probably the scarier part for whoever faces us [in the final]," Hayden said after the match.

Hayden also lavished praise on the rest of the team. Both these guys [Babar, Rizwan] have done it for a number of years. Haris has smashed every bowler in the nets. The bowlers had to adapt to this pitch and bowl slower balls and they did so well. Haris Rauf is bowling consistent 150s," the former Australia opener said.

"If Pakistan on their day turn up, they are unstoppable. Shadab [Khan] is a great fighter. To win any tournament you got to fight. I would like to play India in the final purely because of the big spectacle."

Ahead of the match, Hayden had predicted that Babar will turn up in the semis and play a special innings. He scored 53 off just 42 after having made just 39 in the entire tournament. Things could have been worse for Babar had Devon Conway taken a one-handed catch off the first delivery Babar faced, but luck was on the Pakistan captain's side.

"There's no question Babar has been under some adversity but that will only make him an even greater player. We know with the weather that when there's a lull, there's often a storm that follows, so look out rest of the world because I think we're about to see something very special from Babar," Hayden told reporters ahead of Pakistan's semifinal against New Zealand.

New Zealand captain Kane Williamson called this loss as a bitter pill to swallow and added that Pakistan were deserved winners.

"We were put under pressure early. Pakistan bowled very nicely. We managed to wrestle back some momentum with an unbelievable knock from Mitchell. At the halfway stage we were feeling it was a competitive total. Wicket was a bit tough - used surface. Very disappointing to not make Pakistan work a lot harder," Williamson said after his side's loss in the semis.

"They were outstanding. We were outplayed. It's a tough pill for us to swallow. Babar and Rizwan put us under pressure. If we're honest, we wanted to be more disciplined in our areas. At the end of the day, Pakistan certainly deserve to be winners. There's been a lot of good cricket. Throughout the round-robin, we've played nicely. Today we weren't at our best. Having said that, we know the fickle nature of T20 cricket."

Pakistan will take on the winner of the India-England tie in the final at MCG on Sunday (November 13).