England were going to be a challenge no matter where or when you play them: Santner 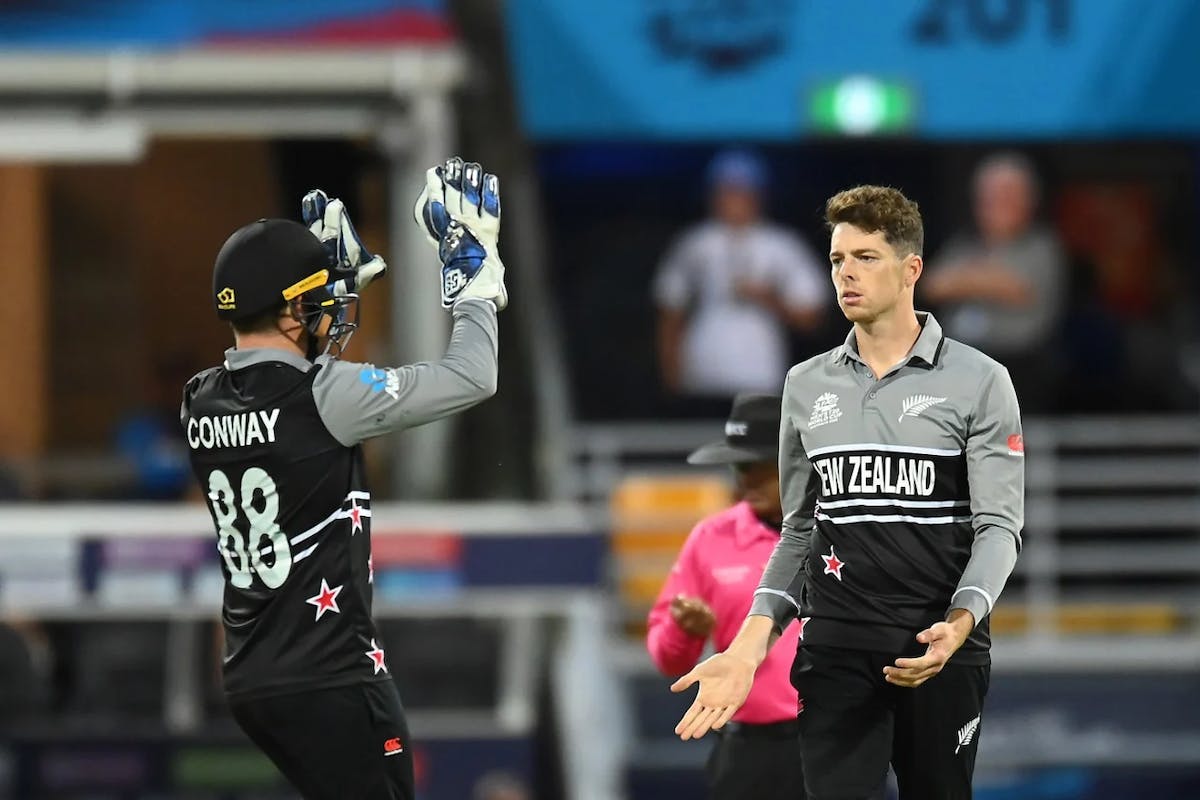 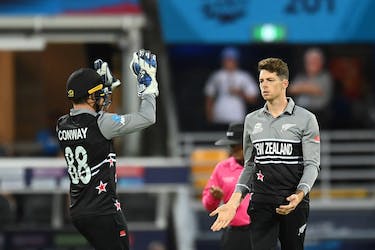 England were going to be a challenge no matter where or when you play them: Santner

Tuesday’s encounter epitomized the vast challenge in play for the Kiwis in their structure, but Santner stated that reading too much into the loss wouldn’t be wise for them

New Zealand came up short against England in Brisbane by 20 runs but now that has put their semi-final chances in danger. Particularly dangerous were Jos Buttler and Sam Curran, with bat and ball respectively, to put the Kiwis in a challenging position from which they could never really recover from.

Now, after England’s win, the group dynamics have changed quite a bit. All three teams - Australia, England, and New Zealand - have genuine chances of qualifying for the semis, and that Australia having a far easier challenge in the form of Afghanistan would keep the other two teams on alert.

Tuesday’s encounter further epitomized the vast challenge in play for the Kiwis in their structure, but Santner stated that reading too much into the loss wouldn’t be wise for them, for they lost to an England side, who were always going to be a challenge.

“We obviously knew England were going to be a challenge no matter where or when you play them. I guess we're still in a pretty good position. We'll obviously reflect on tonight, what went well, what didn't go so well, and move on to Ireland in a few days time on a different wicket, different place. They've shown us they're a pretty quality side, so we have to be firing to beat them,” Santner said in the post-match press conference.

“It was a slightly slower surface than we were probably expecting, which is obviously nice if you're a spinner. Obviously the length was quite important. There was some big pockets on the ground and then some pretty short sides. Obviously one end was quite challenging. You had to keep it off the bats and go wide, and the other end was bowl nice and straight,” Santner added.

For the second game running, Glenn Phillips stole the show single-handedly. After scoring a majestic century against Sri Lanka in the last game, he scored a 36-ball 62 against the Englishmen to steer the ship in the right direction. Even though Kane Williamson played the support act, the asking rate was never in sync. Santner praised his teammate for the kind of batter he has become but rued the mounting asking rate as the biggest reason for the loss.

“We saw what he did last game. He's a pretty special player and hits kind of funny areas where he's pretty tough to bowl to at times. We did kind of leave it late, but we had wickets in hand to kind of try to make a surge at the end, I guess once he got out. Then I think Neesham and a few cutters and stuff made it quite hard to score, and it kind of got away from us.

“I think, if you look at the position we kind of got ourselves in was a good one. I guess the run rate might have been at 12s, but we still had a few wickets in the tank. But I think credit goes to the way England bowled there at the end. Woakesy and Sam Curran made it tough to score, and if you can chip wickets out at the end, it kind of dents the momentum,” the spinner added.

Phillips too had a similar opinion on their captain, saying that Kane Williamson is a gold for the BlackCaps at No.3. He insisted that the right-hander's ability to take the game deep, commanding the middle overs is an extremely crucial component of New Zealand's success.

"Kane's gold at three for us. He understands situations and I know he had a little bit of a tough day today. But with his experience, the ability to take a game deep and command the middle overs is crucial. To be able to have myself, [James] Neesham, Daryl [Mitchell], as well as [Mitchell] Santner doing our role at the end, having Kane doing what he's doing at the moment," Phillips said.

"We know that he's going to come right at some point, he always does and we can't necessarily judge him by one game. England bowled really well to him and they shut down his areas. Next game he could very easily get 50 off 20 balls as well so we back him fully."