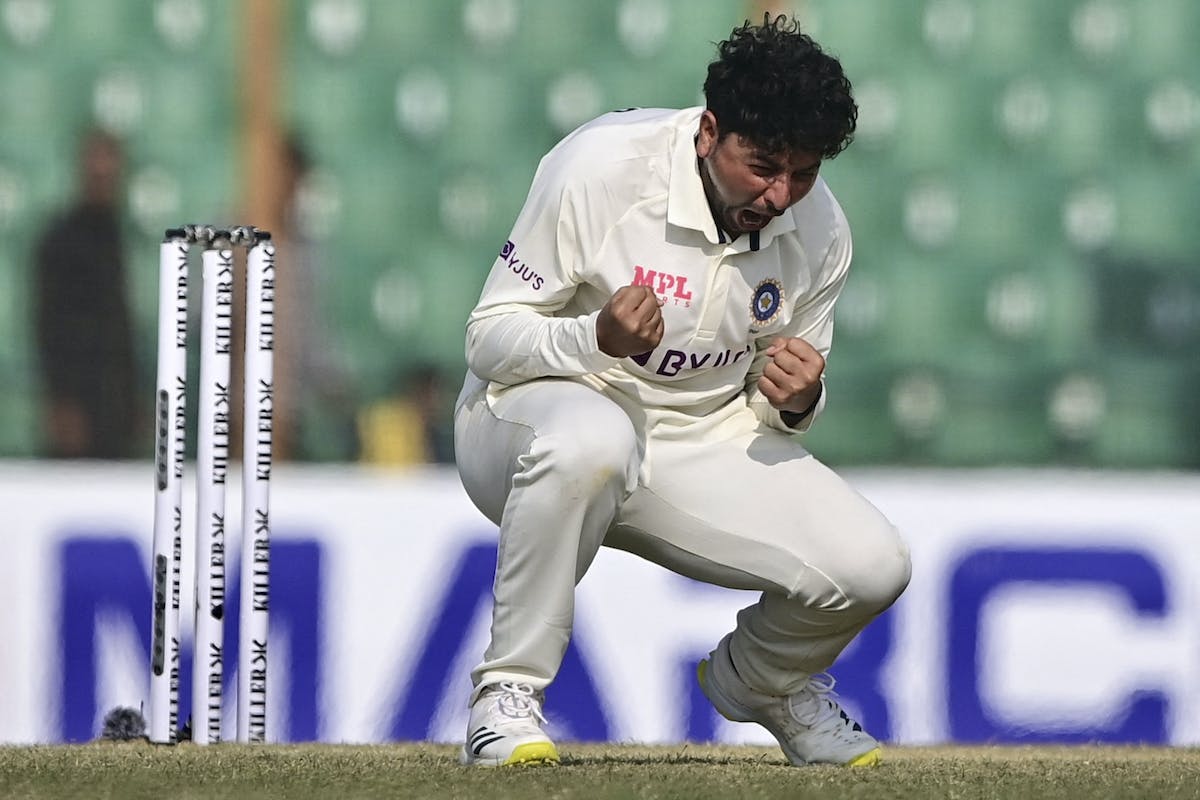 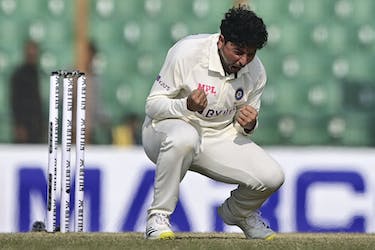 India recorded a comprehensive 188-run win against Bangaldesh in the first of the two Test matches at the Zahur Ahmed Chowdhury Stadium in Chattogram to keep their hopes of reaching the summit clash of the World Test Championship on track.

The visiting side were powered by dominant performances from Cheteshwar Pujara and Shubman Gill with the bat to help India post a mammoth first-innings total.

While the batters helped India set up the game, it was Kuldeep Yadav who weaved his magic as he rattled Bangladesh with a five-wicket haul to bundle the hosts cheaply in the first innings.

With Bangladesh trying to salvage some pride and level the series and India aiming to inch closer to secure their place in the final of the WTC, the stakes will be rocketing sky-high when the two sides lock horns in the second game starting Thursday, December 22 in Mirpur.

In the 14 Test innings played at the Shere Bangla Stadium since 2019, the average first innings total is 335 runs, with run-scoring getting a lot more difficult as the average score comes down to 170 runs. 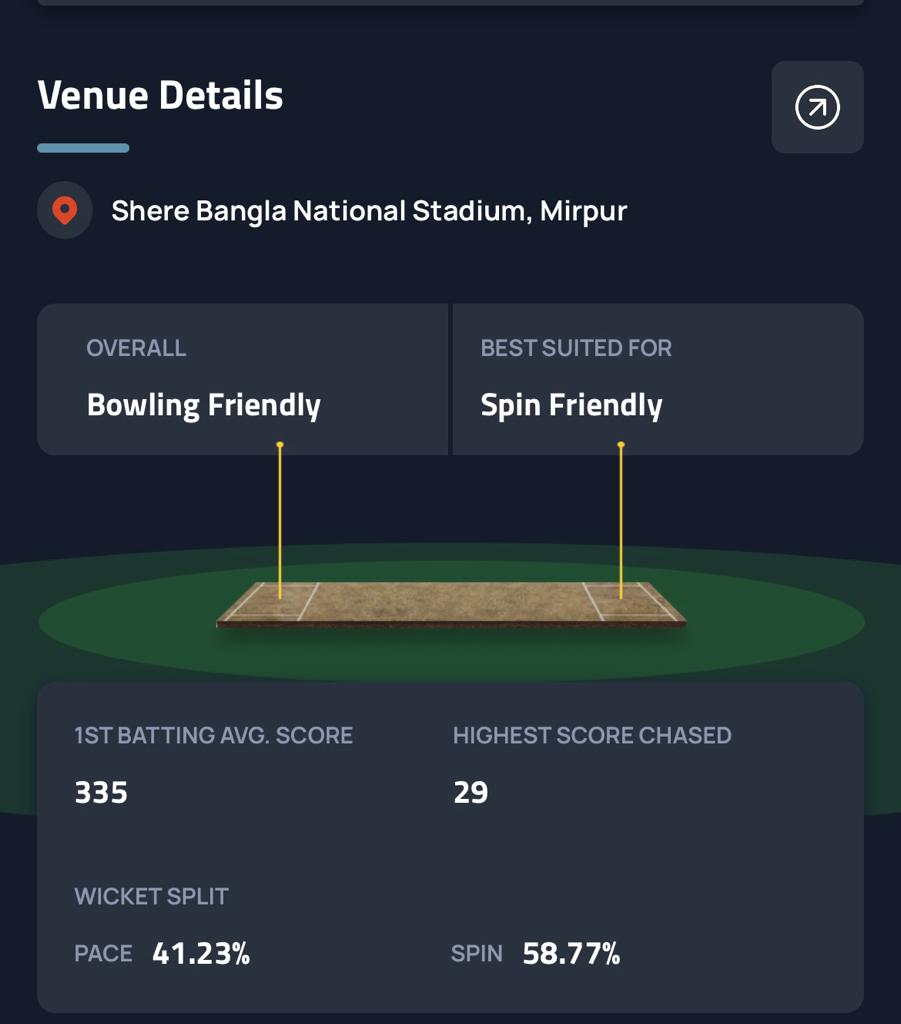 Traditionally, over the years, the pitch at Mirpur is conducive for spinners as they have scalped 67 out of the 114 wickets at an average of 4.8 wickets per innings compared to 47 dismissals at an average of 3.4 by pacers. 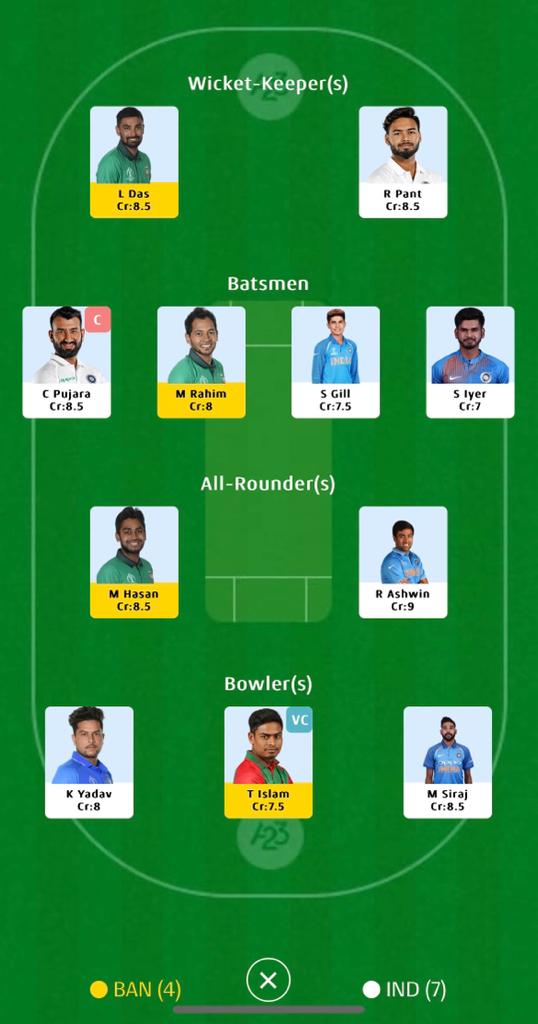 In Test matches since 2019, Mushfiqur Rahim has scored 522 runs in seven innings at an average of 104.4, including an unbeaten 203, which is the most runs scored by a player.

Cheteshwar Pujara scored a hundred after three years in the second innings since January 2019 and is expected to play a significant role for the visiting team.

In the last game, Taijul Ismal wreaked havoc in the first innings by scalping four wickets to rattle the top order of the Indian side. The left-arm spinner has 16 wickets at the venue, the most by a bowler since 2019 and his inclusion in the fantasy team will help you gain maximum points.

Rishabh Pant is the leading run-scorer for the Indian side this year, with 578 runs in 10 innings at an average of 64.22, including two hundreds. He scored a counter-attacking 46 off 45 deliveries in the first innings, and his recent form in the longest format will help you gain maximum points.

Since the start of the WTC cycle, Litton Das scored 926 runs for the Tigers in 20 innings at an average of 46.30, which is the most by a Bangladesh batter.

Kuldeep Yadav derailed the Tigers with five wickets in the first innings and is expected to play a critical role for the Indian side on a sluggish surface on offer in Dhaka.

With three fifers and two four-wicket hauls in 16 innings, Kuldeep is fast emerging as India's premier spinner, especially in away conditions. 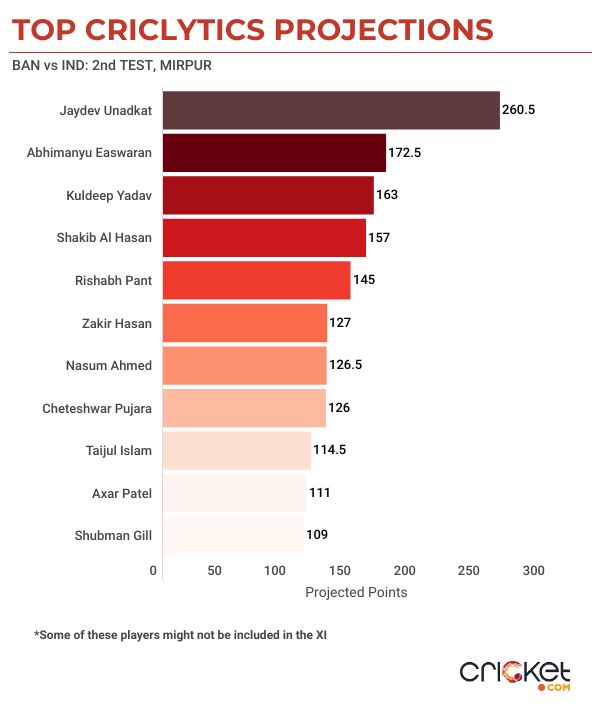