Fantasy: Bank on the quicks on flat Rawalpindi wicket 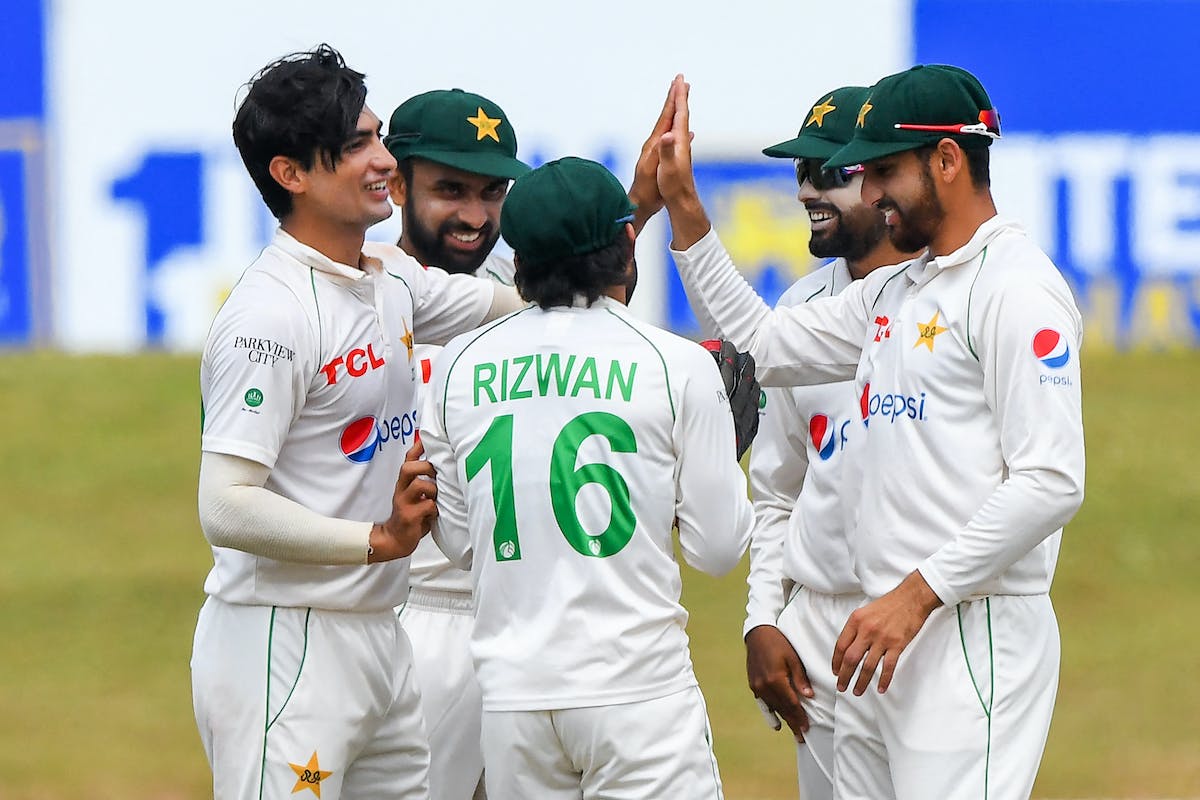 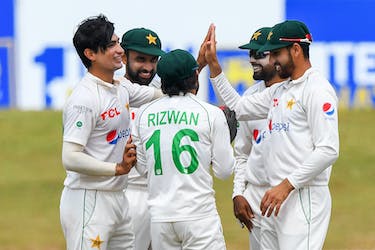 Fantasy: Bank on the quicks on flat Rawalpindi wicket

For the first time in 17 years, England will play a Test series in Pakistan. The two have played each other quite often in the recent past, starting with the seven-match T20I series at home and also faced each other in the T20 World Cup final in Australia. However, the action now shifts to the Test series.

The two teams have played three Test series since 2016, with England winning the most recent won in 2020, while the other two ended in a draw.

Since 2019, it is the pacers who have done the most damage in Rawalpindi, picking 65% of the wickets, striking once every 34.2 runs, 69.6 deliveries apart. The spinners have picked up their wickets every 55.1 runs, striking once every 107.6 deliveries. Hence, stocking your team up with pacers should ideally be the way to go, but the spinners too would have a large say as the Test progresses. 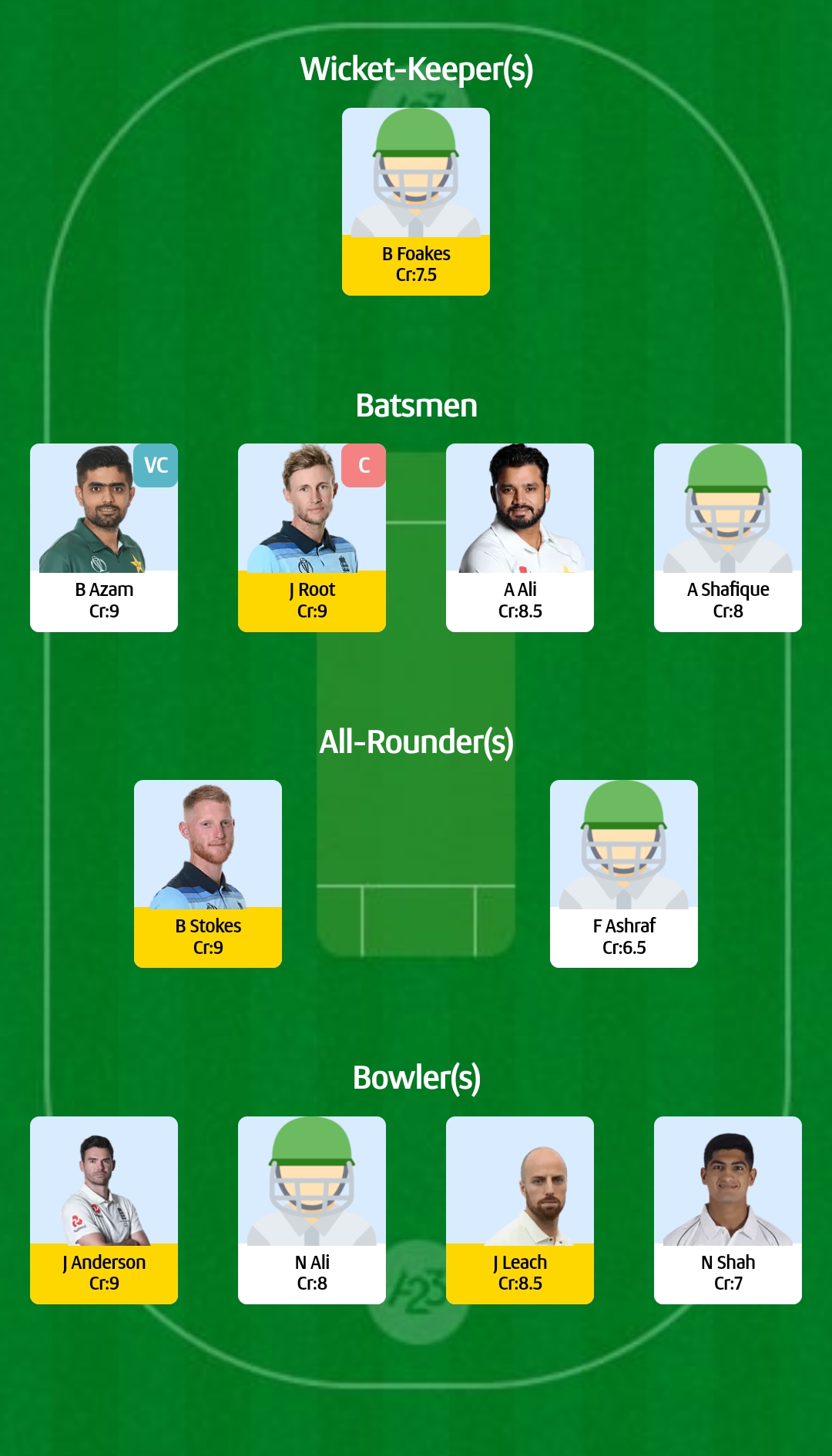 Pakistan are yet to lose a Test in Rawalpindi since 2019, having won two and drawn two.

Since his match-winning 142* against India at Edgbaston, Joe Root has registered scores of 8, 6, 9 and 23 in his next four innings. However, he is the second-highest run-getter in Tests this year with 973 runs at 51.21, only behind Jonny Bairstow (1,061). Root is well ahead when it comes to scoring runs in this cycle of the World Test Championship (WTC), amassing 1,790 runs at 57.74, that includes eight tons and five fifties. Given his vast experience of playing in the subcontinent, Root could once again be the player to step up for England.

Babar Azam has been in scintillating form with the bat in Tests this year, having scored 661 runs at 73.44 out of which he has struck 390 runs at 78 at home, including his career-best of 196 against Australia in Karachi. Babar, who has often been criticized for his performance with the bat in T20s this year has a terrific chance to show his true worth in whites once he takes field on Thursday (December 1).

Ben Stokes’ all-round prowess could come in handy on flat surfaces. With the bat, he can be score at a brisk pace but with the ball, he pours his heart and soul in it, bowls long spells, but eventually gets the job done for his side. Stokes has scored 368 runs at 40.88 in the ongoing WTC cycle and with the ball, he has 18 wickets at 25.66. A valuable asset to the side indeed.

Nauman Ali could be a handy figure as the match progresses, especially the fourth and fifth day. He has had a promising start to his Test career, but has slowly drifted off after managing just four wickets in his last five innings. This match and series could be a chance for the 36-year-old to redeem himself. 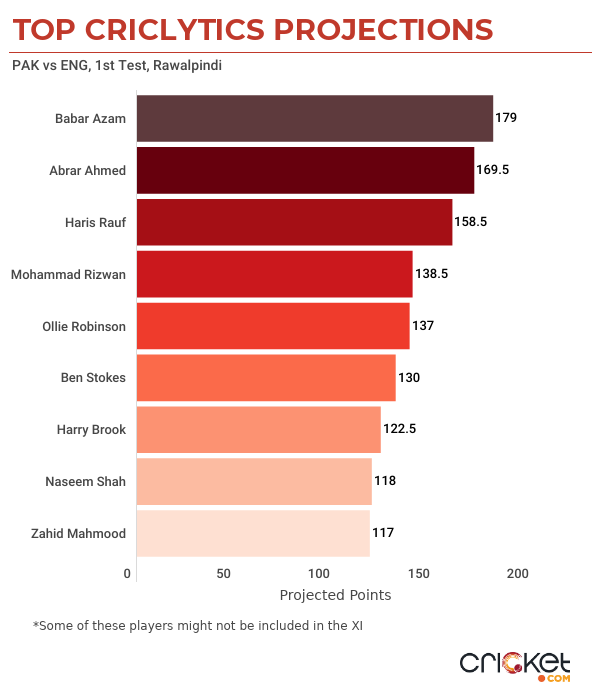