Fantasy: Spinners to have a bigger say in Adelaide? 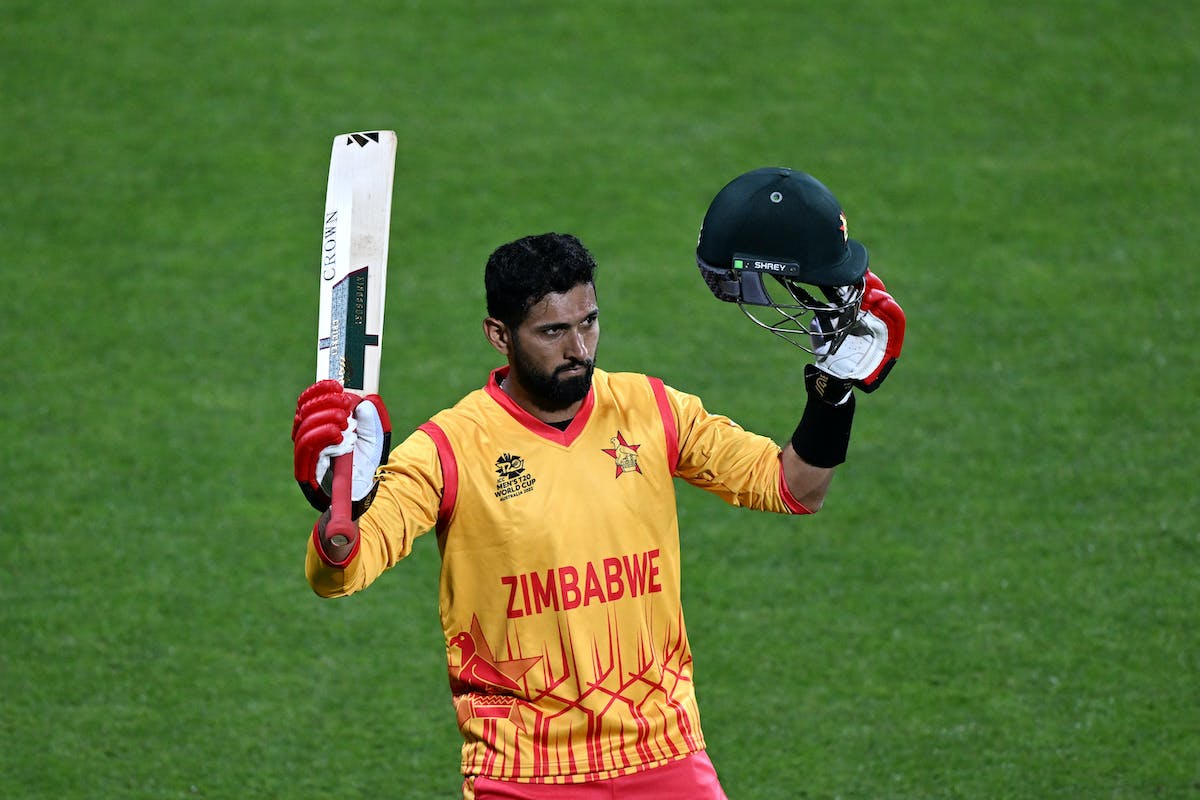 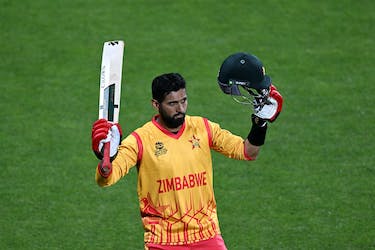 Fantasy: Spinners to have a bigger say in Adelaide?

Zimbabwe take on Netherlands in Match 34 of the T20 World Cup 2022 at the Adelaide Oval on Wednesday (November 2). The two teams last clashed earlier this year in the T20 World Cup Qualifier final in Bulawayo, which Zimbabwe won. In fact, the two teams have clashed on four occasions in T20Is, with Zimbabwe winning two of them, while Netherlands have won one and the other one ended up being a tie.

While the Dutch are out of contention for a place in the semis, having lost all their three matches so far, Zimbabwe could remain in contention with a win in this game. Zimbabwe skipper Craig Ervine had said that it would be an icing on the cake for the team if they make it to the last four. Can they make it?

This is the first game at the Adelaide Oval this T20 World Cup. It has been raining in Adelaide in the lead up to his game and the weather has been extremely cold otherwise.

As far as the track in Adelaide is concerned, as most pitches in Australia, it is the fast bowlers who will dominate proceedings, but the spinners have not been too bad either. 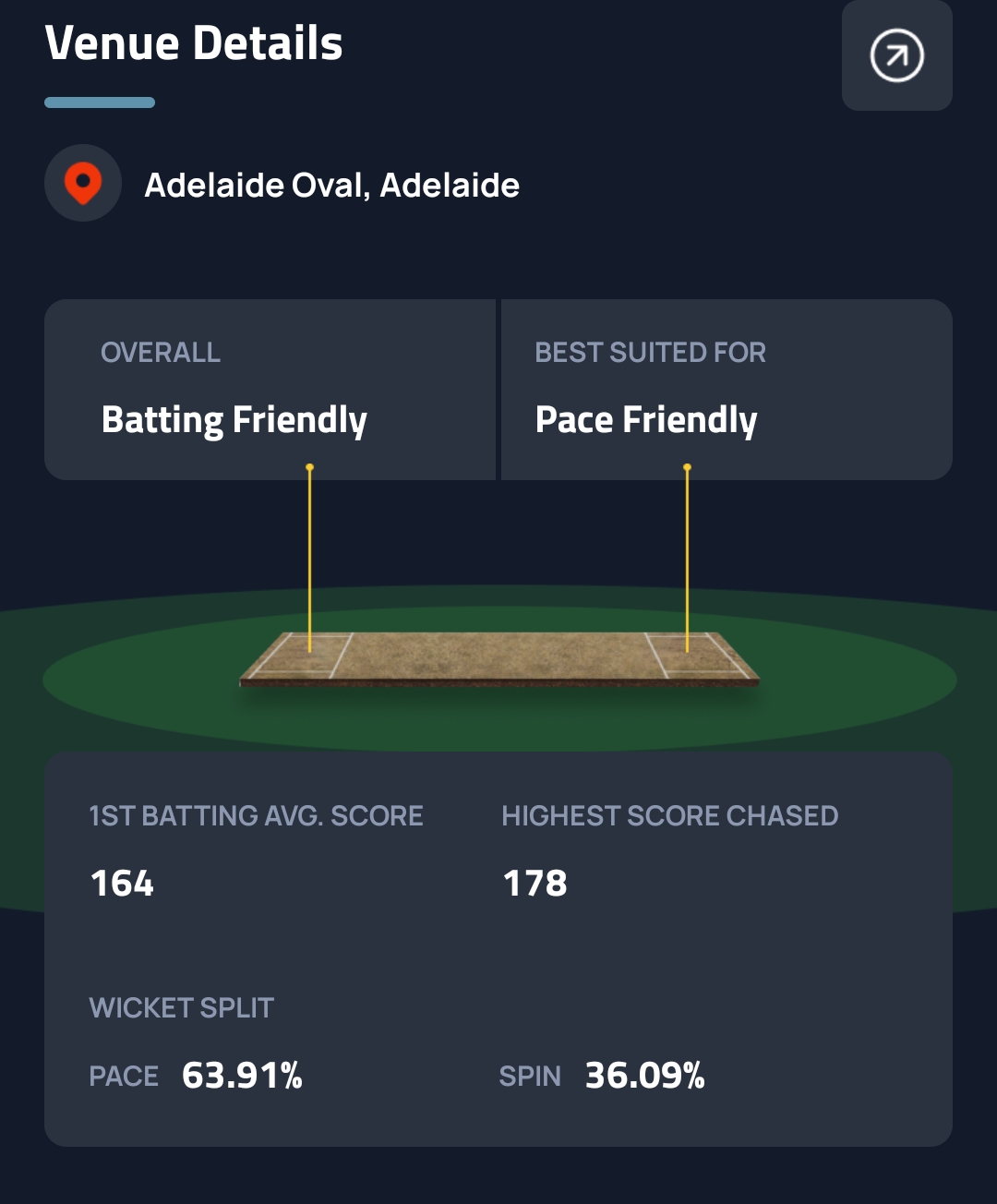 *The above graphs depicts stats from the last three years

In T20Is this year over 65% of the wickets have fallen to pacers. They have struck once every 29.5 runs and 21.2 deliveries apart, conceding 8.2 runs per over. The spinners may have lesser share of the wickets, but they have struck once every 23.1 runs, 18.6 deliveries apart and have conceded just 7.5 runs an over – implying they have been excellent in all three fronts.

Looks like the spinners could be key again and it could be beneficial if you pick a good balance of pacers and spinners. 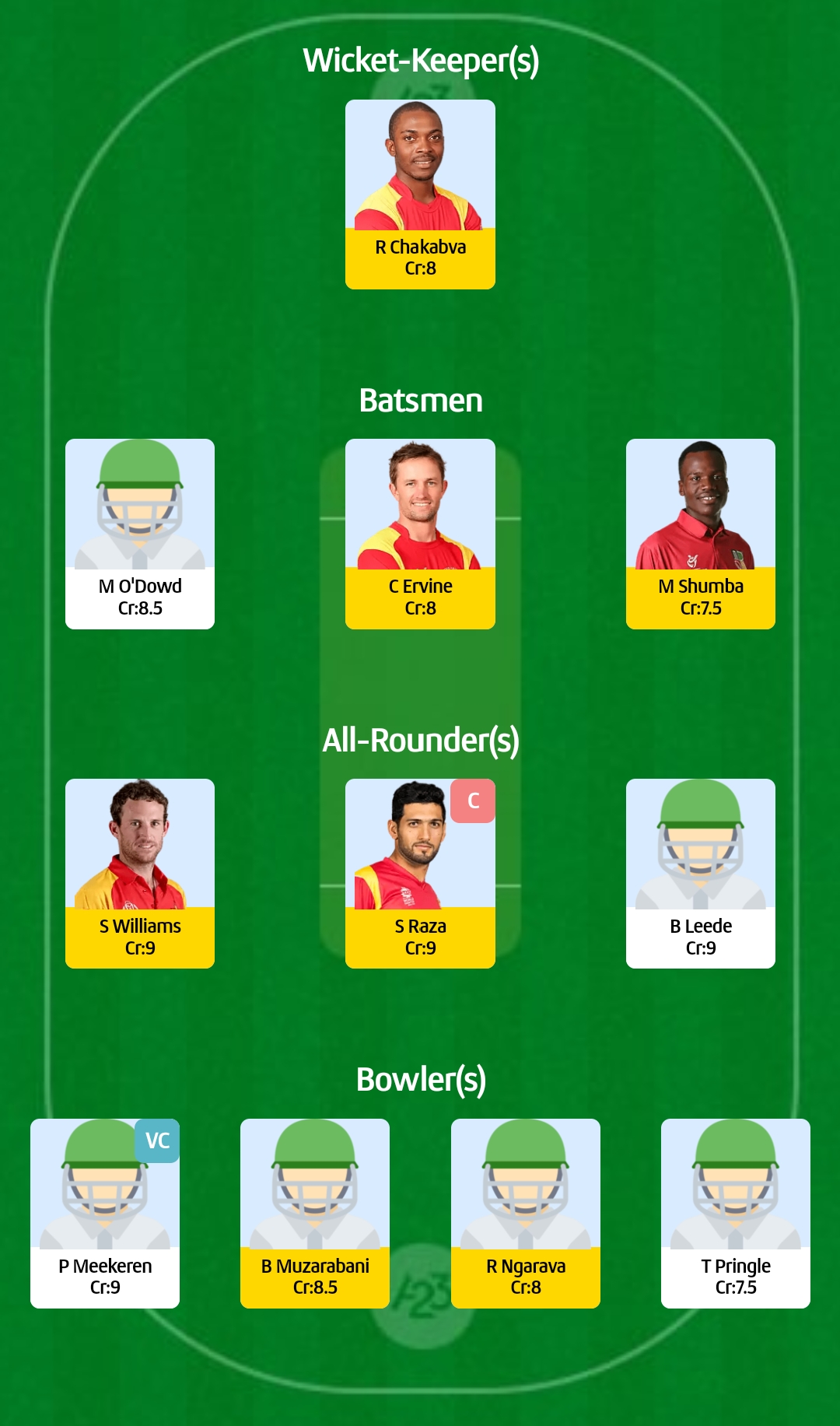 Only Mohammad Rizwan (888) and Suryakumar Yadav (935) have scored more runs than Sikandar Raza (661) in T20Is this year. He has been a handful with the ball as well, having picked up 24 wickets at 17.4 this year already. He could be the match-winner for Zimbabwe once again.

Paul van Meekeren has had an excellent tournament, consistently touching 140KMPH. Some of his priced scalps have already been Kusal Mendis and KL Rahul and he will look to add a few more in his kitty. He has picked up seven wickets at 19.42 in the tournament so far at an economy rate of well under six. Van Meekeren will be looking to being among the wickets once again.

Bas de Leede took a blow just below the eye in the match against Pakistan and did not take further part in that game. If fit, he could be an ideal choice to be your captain. He is Netherlands’ leading run-scorer in T20Is this year with 369 runs, which includes three fifties in 13 innings. If not fit, pick Max O’Dowd as captain, given that he has been Netherlands go to player across the last two T20 World Cups. He has scored 347 runs at a strike-rate of 120.5 in T20Is this year.

There was concern over Blessing Muzarabani’s match practice ahead of the tournament given that he missed a lot of games for Zimbabwe due to injuries. However, he has hit the ground running the T20 World Cup, having picked up nine wickets at 14, striking once every 12 deliveries. Only Sri Lanka’s Wanindu Hasaranga (13) has picked up more wickets in the tournament. Muzarabani’s height has been a key factor in picking up key wickets in the tournament and will hope that it causes more damage tomorrow. 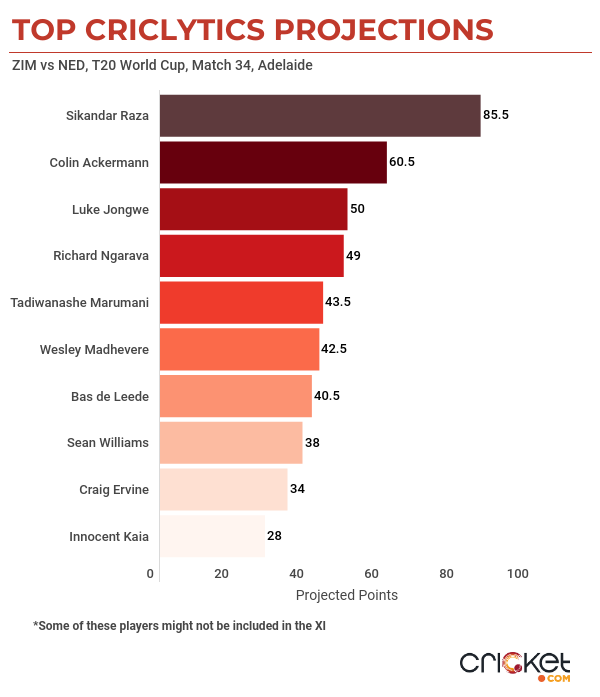