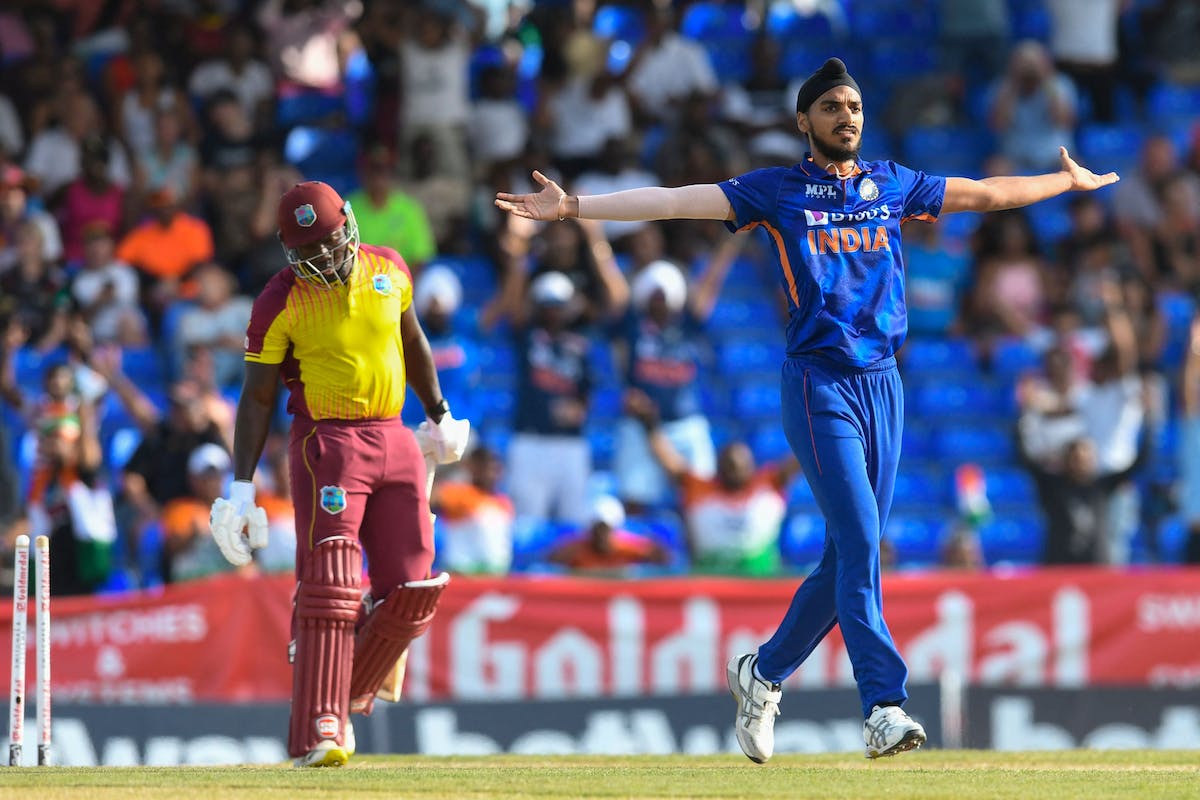 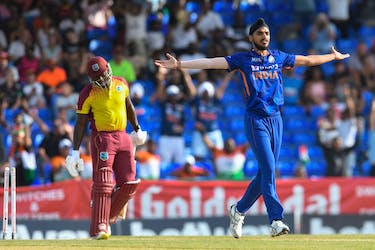 India will lock horns with West Indies in the fifth T20I in Florida on Sunday (August 7). Winning the fourth T20I by 59 runs, India have already secured the series, with an invincible 3-1 lead. West Indies, however, would want to regain confidence and salvage pride in the final fixture of the series.

Including the fourth T20I played on Saturday (August 6), the Central Broward Regional Park Stadium Turf Ground in Lauderhill has hosted three T20Is in this decade.

Overall, 10 out of the 12 T20Is at this venue are won by the side batting first. The average first innings batting score has been 163 which states that the venue does not see many high-scoring contests. However, it is a small ground and India have bossed the West Indies’ bowlers in the series. If the visitors bat first again, we can expect a big score as we saw in the fourth T20I.

From the bowling point of view, the pacers have picked 62.7% of the wickets. But that doesn’t mean the spinners are falling behind in the race. In fact, they rule the roost in the middle-overs. In the middle-overs (overs 7 to 15), the spinners have accounted for nearly 52.5% of the wickets at an economy of only 7 runs per over. Nearly 31.3% of the overall wickets have gone to the finger spinners. 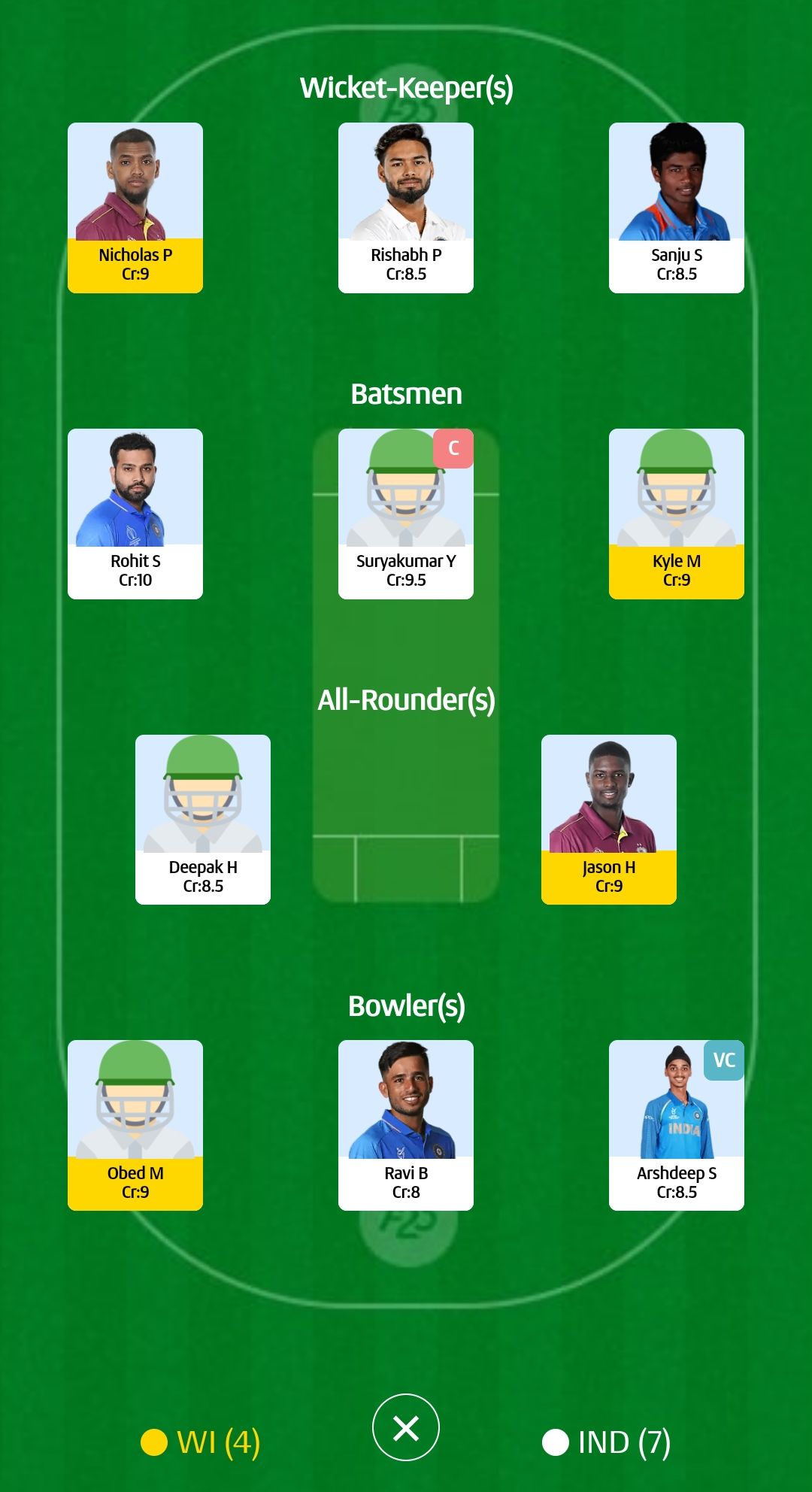 -Within a span of 23 T20Is in his career, Suryakumar Yadav has skyrocketed to the second spot in T20I batting rankings. This year, he averages 38.9 at a strike-rate of 189.4 which are ace numbers. Surya has a hundred and a fifty to his name in his previous five innings in the format.

-Among specialist bowlers, Arshdeep Singh has the best economy in this series - 6.3 runs per over. In addition, he has also picked seven wickets in four games, the most for an Indian bowler. His yorkers have proven to be tough to deal with for the Caribbean batters.

-In his brief T20I career, Deepak Hooda has shined at number three for India, averaging 52.7 at a strike-rate of 169.9. Going by the proceedings of the fourth T20I, he is likely to bat at three again which makes him a handy asset from the fantasy point of view. Not to forget, he might deliver an over with the ball as well.

-Rohit Sharma has appeared to be in great touch with the bat this series without any prominent scores to his name. In fact, his 64 in the first match of this series is his only T20 half-century this year. This is a result of the ‘throwing caution to the wind’ approach that he is trying to inculcate in the side. But with a player of his class, you can never count him out for a big score. Therefore, he is a punt worth taking if you want to make big bucks in fantasy cricket.

-A run out trimmed down Nicholas Pooran’s innings to 24 in the fourth T20I when he looked set for an impactful knock. The numbers aside, the southpaw has been one of the better Windies batters in the series and can be trusted in a captaincy role to try your luck in grand leagues.

-Jason Holder has had a poor series by his standards. Alongside picking only four wickets in four games at an economy of 9.3, he has also managed only 14 runs in four outings with the bat. However, he is the only prime all-rounder who is the most certain to get a game and hence, can be persisted with in your fantasy side. 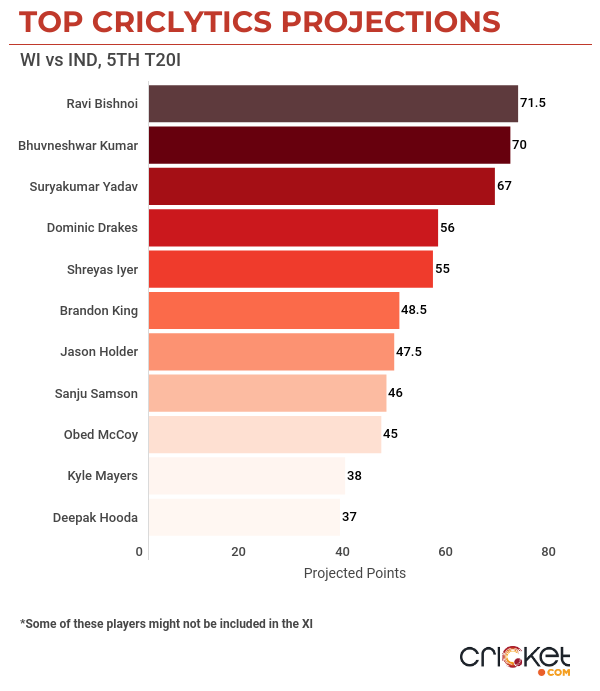