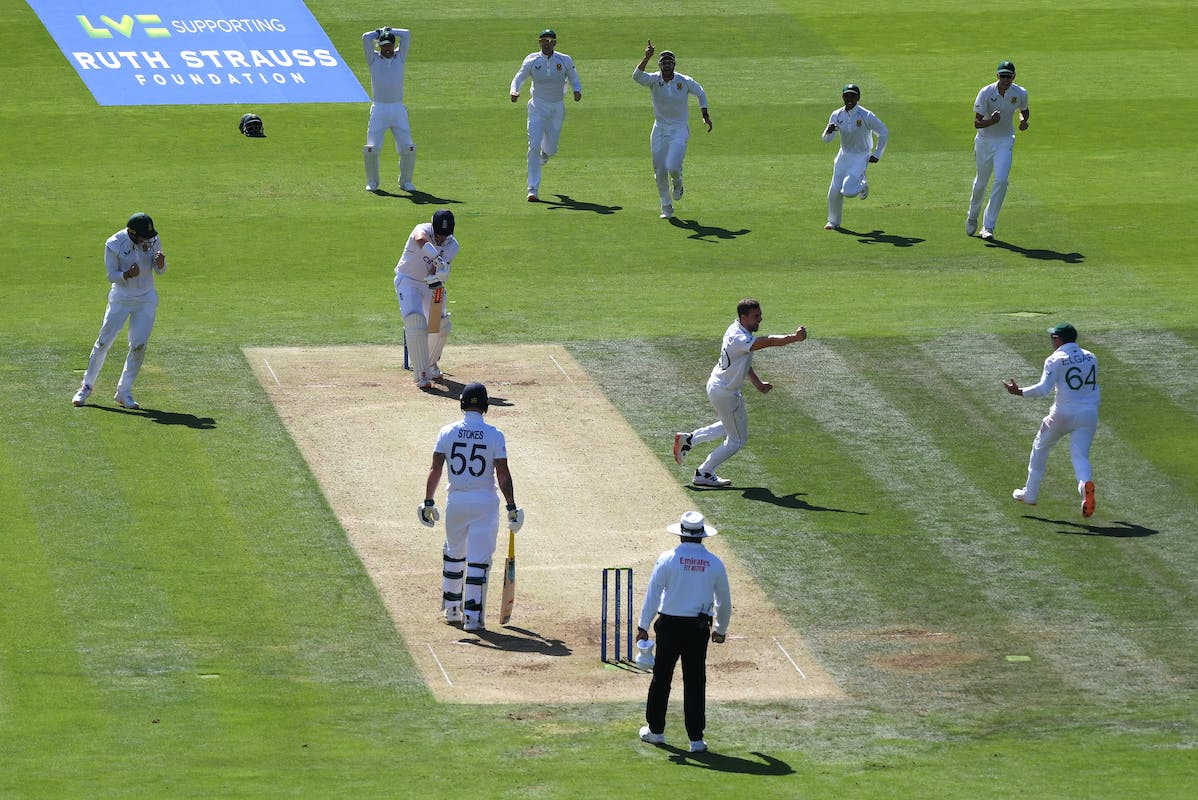 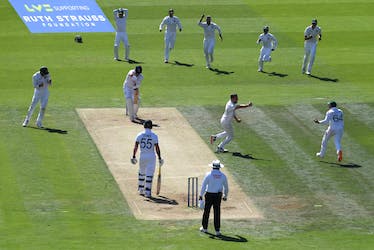 Bazball didn't fail at Lord's, it simply ceased to exist

That is all it took South Africa to pile on their excellent record at Lord’s, go 1-0 up in the series and hand the hosts England their first Test defeat of the Bazball era. On paper, the match was decided on Day 3. But it took the Proteas eight overs less than the regulation two days of play in Test cricket. 58 overs were washed out on Day 1.

This is a relevant facet of the Lord’s Test that tells you the extent of the England demolition. They were on a roll this summer, winning all their four Tests, chasing some stiff targets - 277, 299, 296 and 378 with ridiculous ease. Bazball was a thing, growing in leaps and bounds with every match. The Lord’s Test has not only halted the progress but the Proteas have hit the relevance of the theory with a truck, driven by their fast bowlers, at a high speed.

The sustainability of the Bazball was always a question, from the time when Brendon McCullum was appointed the coach of England’s red-ball setup. They defeated the touring Kiwis 3-0 but it was not a clear yes. One: longevity matters. Two: Black Caps showcased poor tactics. Three: the mishits consistently landed in the no man’s land. 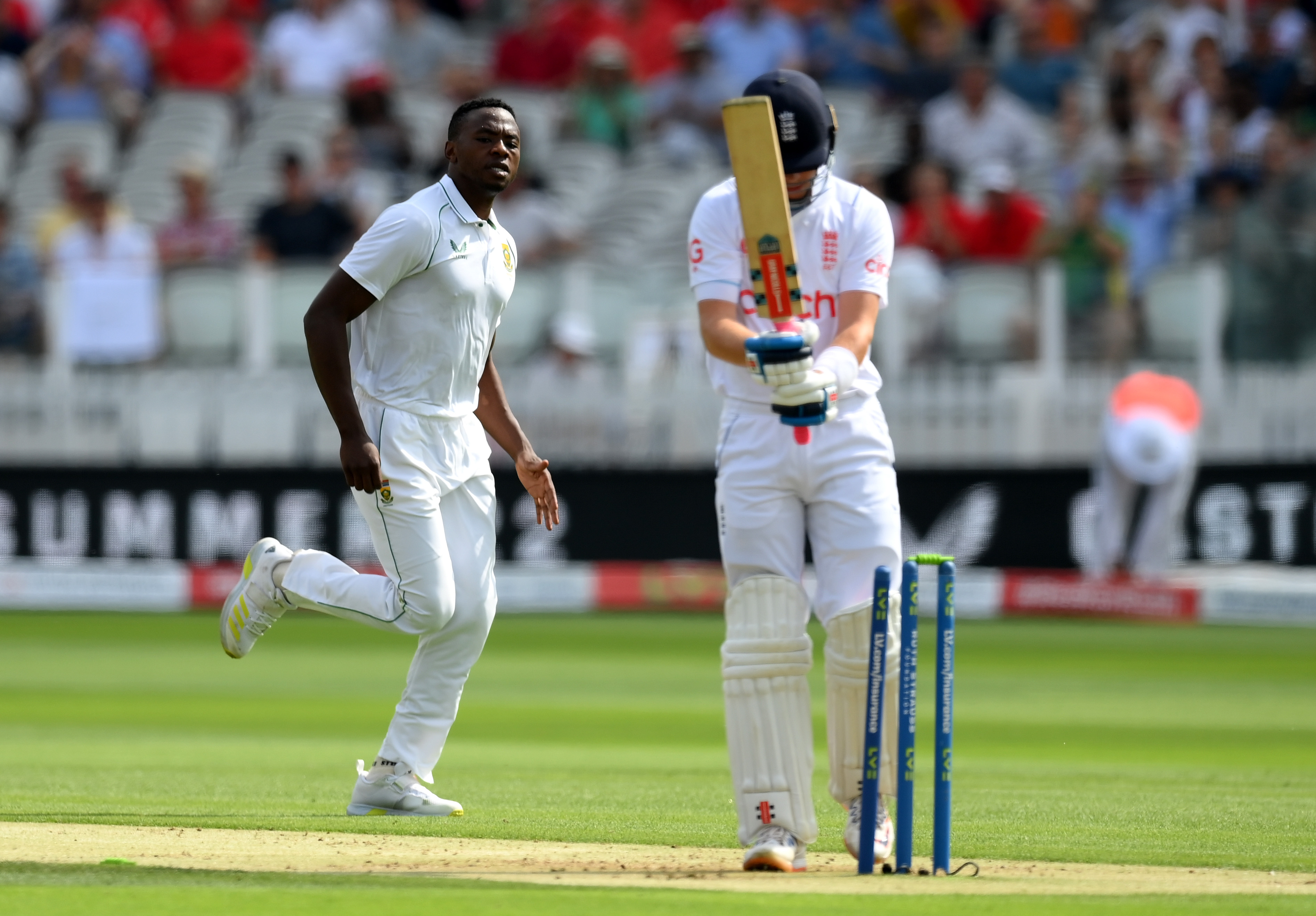 But the most pivotal factor was the one-dimensional nature of the New Zealand attack. They had an efficient seam bowling line-up, boasted with two left-arm seamers in Trent Boult and Neil Wagner alongside the canny Tim Southee. However, they didn’t have genuine pace in their ranks. The Kiwis played five pacers across the three Tests with no bowler going over 135 kph in terms of average speed.

The South African pace battery is contrastingly different. Kagiso Rabada is a relentless beast who is on a path to greatness. The stats say it all. He unsettled the English line-up right away, vindicating his skipper’s decision to bowl first with two wickets in his first spell on Day 1. He wrecked England with his 12th five-wicket haul in 53 Tests.

At an average speed of 144 kph, Anrich Nortje is the fastest bowler in the English summer. Nortje’ economy of 5.5 runs per over was also highest in the Lord’s Test but it is the wickets that matter in this format. The right-arm seamer picked five of them - including Jonny Bairstow twice, the only batter to notch up 1000 runs in Test cricket this year. His spell of 7-1-47-3 crippled England's vigour to fight back in the second innings. Nortje and Rabada picked 13 out of the 20 England wickets.

Lungi Ngidi and Marco Jansen are comparatively slow but did the perfect job of complementing the main leads. In fact, South Africa’s slowest - Marco Jansen at 134.9 kph - has been faster than New Zealand’s fastest - Matt Henry at 134.3 kph - in this England summer. 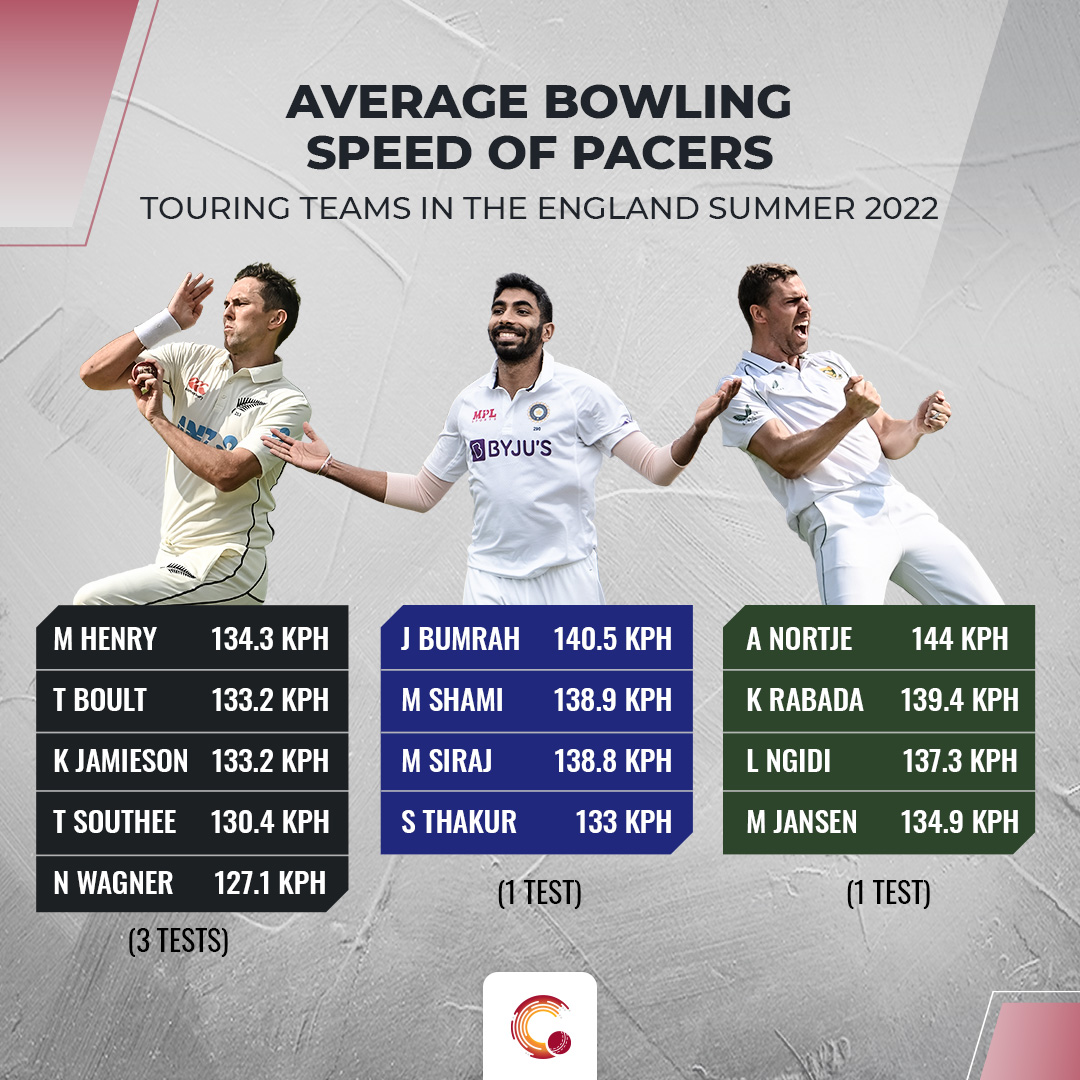 Overall, New Zealand’s average speed across the three Tests was a mere 132.1 kph. India bowled at 138.5 kph on average during the pending fifth Test while South Africa averaged 139.6 kph.

To cap off, South Africa possess a specialist, and now an experienced spinner in Keshav Maharaj. He provided the early breakthroughs on Day 3 that laid the platform for the innings victory on the third day.

In comparison, New Zealand dropped Ajaz Patel after the first Test, replacing his trade with that of a part-time spinner in Michael Bracewell. The batting all-rounder was carted for 285 runs at an economy of almost 6 runs per over.

That has been the pattern of the Bazball batting style - feast on the weak link. The victory in the Edgbaston Test against India carried the same blueprint. During a run chase of 378, both Bairstow and Joe Root reserved their attacking instincts for the two change bowlers - Mohammed Siraj and Shardul Thakur.

There is not much difference in the average speeds of India and South Africa but where the latter prospered is the control from their slower bowlers in Jansen and Ngidi. No disregard to New Zealand and India, but South Africa have always been the more complete bowling line-up.

And that has been the nucleus behind their resurgence. In 2021, they won three out of their six Tests, two of which were against a lower-ranked West Indies side. In 2022, they have notched up six victories in seven Tests, beating the WTC finalists - India and New Zealand. The bowling line-up has averaged 21.9 runs per wicket, at least 5 runs better than any other side. 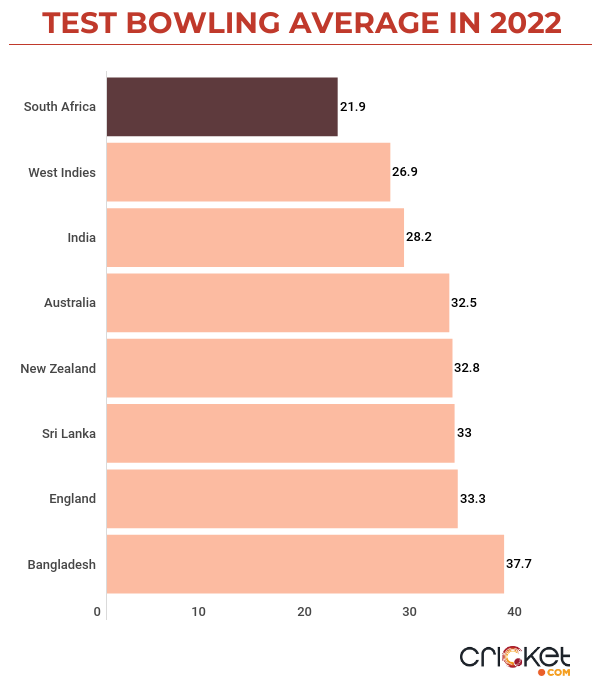 Their depth in the seam bowling department is a bottomless quiver. They have a pool of five first-choice pacers - Rabada, Nortje, Ngidi, Jansen and Duanne Olivier. When Olivier was ruled out of the tour due to a hip injury, it was not much of an issue for the Proteas. They had a ready replacement. Does any other country have such depth on the seam bowling front? India and Australia are close but not exactly there yet.

It is this depth, variety and raw pace that pose South Africa as a big challenge for the Bazball to snowball. The England skipper Ben Stokes has rubbished the claims of any alarms in the dressing room. “This is not a wake-up call or anything,” he said in the post-match presentation.

Of course, it is too soon to call South Africa a definite roadblock in England’s plans. In all honesty, the swashbuckling batting approach didn’t even come to the surface in the Test match. Bazball didn’t fail at Lord’s. It ceased to exist. And we have enough evidence that the touring South African side is England’s biggest test in their bid to define Test cricket.

For South Africa, it is another feather in their sweet resurgence. They have won four Tests in a row and are placed at the summit of the current World Test Championship (WTC) cycle. Despite a great record at Lord’s, this Test was a challenge for them. Only four of the 17 players in their squad hold the experience of playing Test cricket in England. One of them was ruled out before the first ball was bowled.

After a rare blip, South Africa cricket is rising again - with a persistent pace attack and batting line-up good enough to support their efforts. They have something to offer to world cricket again - relentless venom in a four-man seam attack. With one Test in the bag, will the Proteas continue to keep thrilling us?