Gambhir wants Karthik to bat below Morgan and Russell 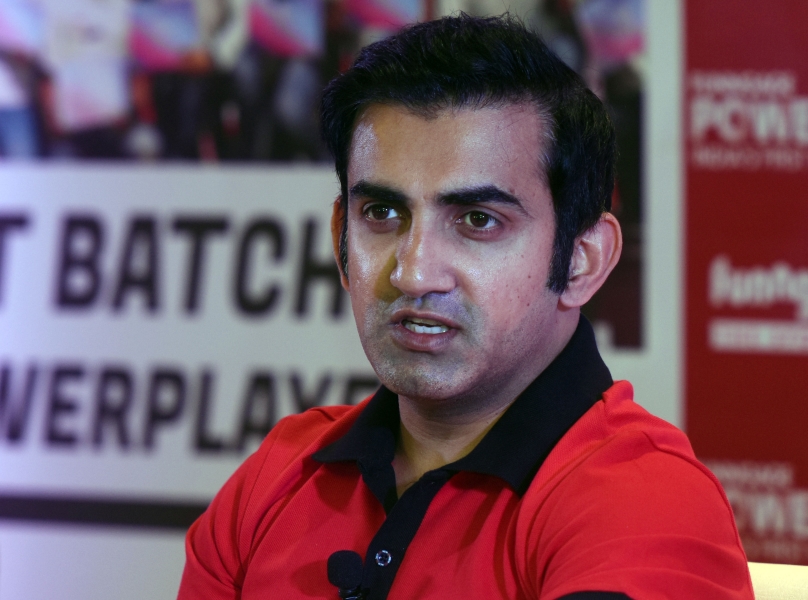 Gambhir wants Karthik to bat below Morgan and Russell

Two-time IPL winning Kolkata Knight Riders captain Gautam Gambhir believes current skipper Dinesh Karthik should bat after Eoin Morgan and Andre Russell and also wants Sunil Narine to be be dropped from the top of the order. Apart from a 23-ball 30 coming at no 3 against Mumbai Indians, Karthik has failed to produce any significant score despite batting ahead of Morgan so far in the tournament.

The wicket-keeper batsman scored 6 after coming on to bat at no 5 against Delhi Capitals on Saturday even as Morgan (44 off 18) and Rahul Tripathi (36 off 16) raised hopes of a successful chase after batting at no 6 and 8 respectively. "Rahul Tripathi goes up the order, Dinesh Karthik plays at no 6, not before Morgan and not before Russell as well. Probably Sunil Narine goes to bat at 8 or 9. If Morgan bats no 4 and Russell at 5 and Dinesh Karthik to follow," Gambhir told ESPNcricinfo.

The former India opener also felt Karthik miscalculated by giving the 19th over to spinner Varun Chakravarthy (1/49) as it yielded 20 runs. "Your best bowlers need to ball the 18th, 19th and 20th over, unfortunately it didn't happen. Pat Cummins, Sunil Narine -- if a spinner has to bowl. Even Mavi, he did a fabulous job in the previous games and so did Andre Russell. You have to got to give your best bowlers," he said.

"Yes Varun Chakravarty did bowl well in the first few overs but you cannot expect a young spinner to be bowling the 19th over and that too in Sharjah, probably it was a miscalculation."

Gambhir said KKR gave away 20-25 runs extra at the Sharjah Cricket Stadium which has shorter boundaries. "It is never finished till it is finished, that's what we saw in Sharjah. These are too many runs, probably, 20-25 runs more than what KKR was expecting.

"It was the brilliance of (Anrich) Nortje, just backing himself which actually changed the fortune of the match," he said referring Nortje's the 19th over in which he conceded just five runs and took a wicket.

Gambhir also praised Iyer for his 38-ball 88, which was laced with seven fours and six maximum hits. "We keep talking about how he plays spin but today he showed that he can dominate fast bowlers as well," he said.