Games like these help us learn a lot: Rohit Sharma 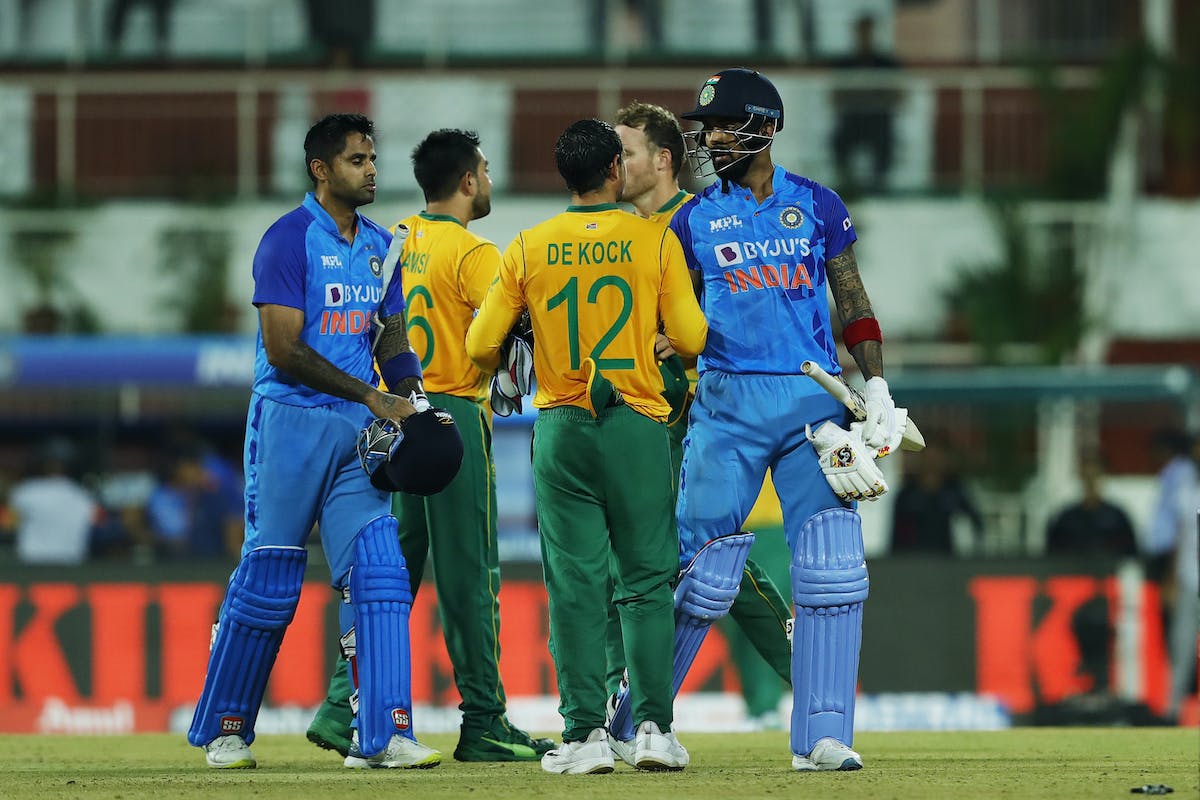 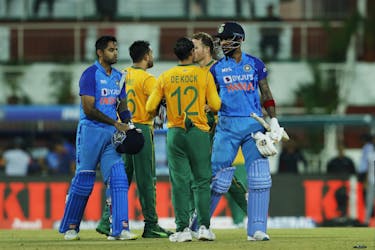 Games like these help us learn a lot: Rohit Sharma

On Wednesday, International cricket returned to the Greenfield stadium in Thiruvananthapuram after three years and the fans were treated to a one-of-a-kind low-scoring contest that saw India eventually prevail rather comfortably.

On a greenish, spicy wicket, India restricted South Africa to 106/8 before knocking off the target in 16.4 wickets, but while the scorecard suggests a dominant victory for the hosts, it was anything but that. Chasing 107, the Men in Blue registered their lowest ever powerplay score — 17/1 in six overs — and were struggling to score at one point, crawling their way to 38/2 after 9 overs.

Eventually, with a bit of fortune, an unbeaten 93-run stand between KL Rahul (51*) and Suryakumar Yadav (50*) took the side over the line, but the hosts had to dig deep in order to overcome the Proteas challenge.

Speaking in the post-match presentation, India skipper Rohit Sharma claimed that challenging encounters like these go a long way in helping a side learn about itself.

“The wicket was tricky. You learn a lot playing such a game. You understand what the team needs to do in tough conditions. It was nice to play a game like that,” Rohit said.

The Indian skipper revealed that he was taken aback by the kind of help that the bowlers got from the surface, and asserted that the five-wicket burst from the seamers in the powerplay proved to be the clincher for his side.

“We knew the bowlers will get something seeing grass on the pitch, but we didn't expect help for the full 20 overs. It was still damp. Both teams were in the contest and the team that played better won the game. We started well, got 5 wickets in quick time and that was the turning point,” Rohit said.

On the night, the new ball was taken by two bowlers who did not feature in the Australia series, Arshdeep Singh and Deepak Chahar. And the duo not just set the tone with their new ball bowling, but pretty much put the game to bed. Chahar accounted for the wicket of Temba Bavuma in the very first over, and over number two saw Arshdeep strike not once, not twice but thrice. Within 15 balls South Africa were reduced to 9/5, and the Proteas never really recovered from the initial blow.

Rohit labeled the spells of Chahar and Arshdeep as a perfect exhibition of new-ball bowling.

“No matter what the conditions, you still have to execute your plans. When you swing the ball like that any batter will struggle. Perfect showcase of how to bowl when there is help for the pacers,” Rohit said of Arshdeep and Chahar.

The two sides have a three-day break before the caravan moves to the Barsapara Cricket Stadium in Guwahati for the second T20I, on October 2nd. India will be aiming to win their first bilateral T20I series against South Africa at home.