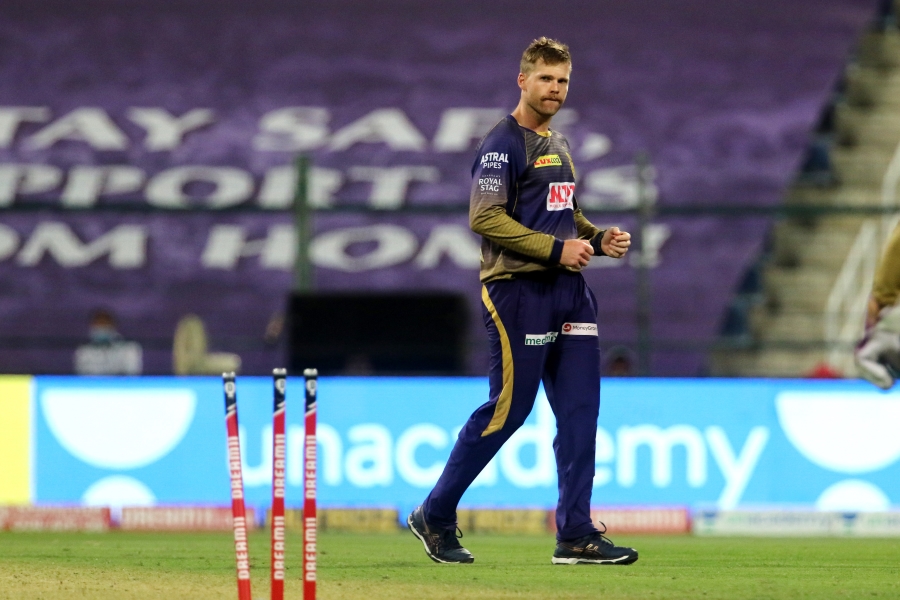 PTI
Getting Warner out in Super Over was special: Ferguson
Losing skipper Warner was at a loss of words to explain his feelings

He decisively turned the match in Kolkata Knight Riders' favour with his exceptional bowling and no wonder Lockie Ferguson's favourite moment was dismissing Sunrisers Hyderabad skipper David Warner off the first ball of the Super Over. The Kiwi paceman bowled Warner with a pacey back-of-a-length delivery and Abdul Samad with a slower ball yorker respectively while conceding only two runs in the Super Over. This was after he took three wickets in Sunrisers Hyderabad's chase in regulation time.

"Getting David Warner out especially at the start of the super over," Ferguson said when asked about his favourite wicket in the match.

"It's great having Morgs (Eoin Morgan) at the top off the mark with his calmness and of course I had my plan which was working throughout the game. Look we'll take this win and enjoy tonight, it was a very good win on a tough wicket. It was nice to put the icing on the cake after the batsmen's effort," he said.

KKR skipper Morgan was relieved man after the win.

"For Lockie to come in and perform in both phases was outstanding. We've been sort of striving to get wins out of the last couple of games, didn't happen against Mumbai; today we were competitive," he said.

Talking about Andre Russell, who bowled the final over and managed to drag the contest to the Super Over, Morgan said, "Dre went off the field, we thought he was injured. He came back on and said he could bowl."

"I think he showed a lot of character to get us to the Super Over after not starting well. He's a superstar player for us. Hopefully we an gather up some momentum after this."

Losing skipper Warner was at a loss of words to explain his feelings.

"I don't know where to start. At the end of the day, we probably leaked a few too many in the middle overs and at the back end. For us it's about finishing games and we've failed the last 2-3 occasions," he said.

Warner said he does not think he made a wrong call by asking KKR to bat first on this wicket.

"Not at all in two minds about bowling first. I thought this was a nice wicket that wouldn't change and to be fair it didn't. 165 was about par. We lost wickets at crucial times again. Kane had to open because he had a slight niggle with his adductor. Will need some physio work," he said.