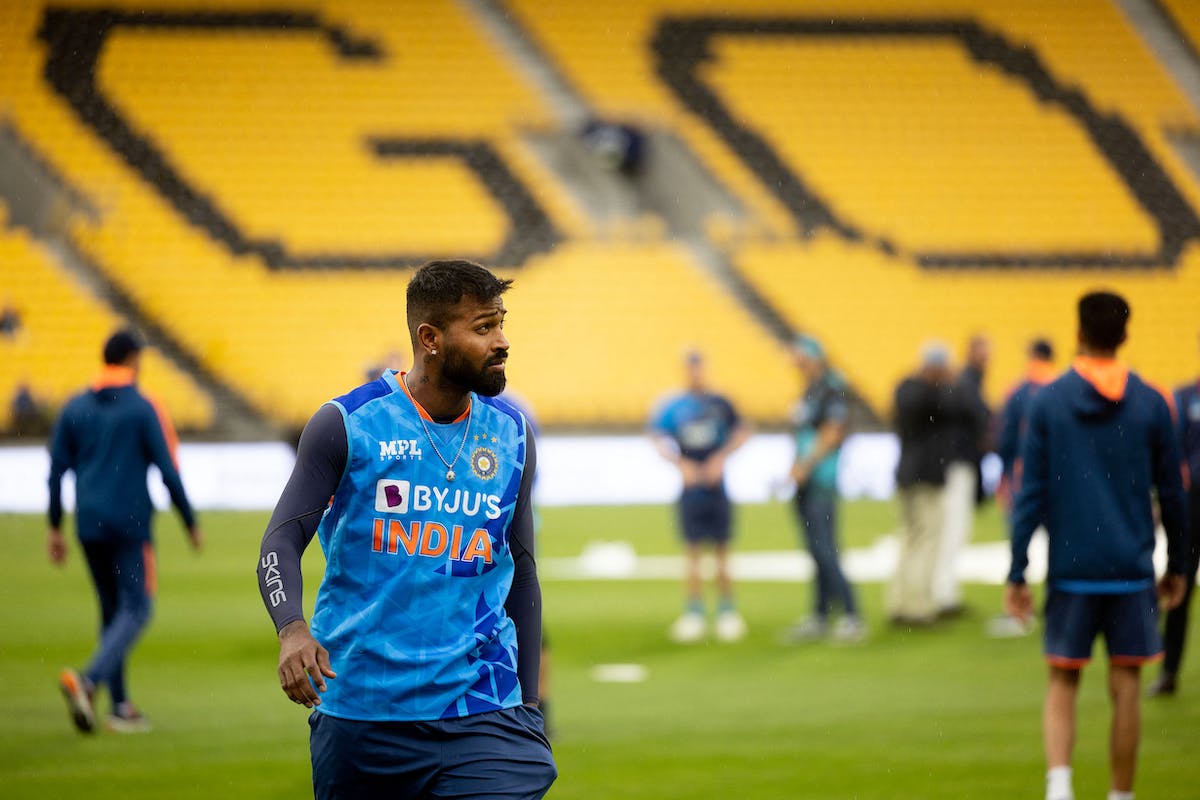 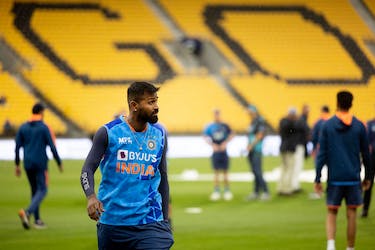 A false start to kickstart India's new era, and alas, the conditions look ever so grim for the second clash as well at the Bay Oval

This ain't the news you want to read on a lazy weekend as you, or rather we gear up for the second game of the three-match T20I series between India and New Zealand at the Bay Oval in Mount Maunganui.

And guess what, unfortunately, the forecast predicts showers all through the evening!

Ah, such a shame!

Eight days after India's dismal exit from the T20 World Cup Down Under, the Men in Blue were back on the park, albeit only for a brief period for the first game of the series in Wellington.

With most of the big guns rested for the Men in Blue in this series, it provides an ideal opportunity for inexperienced players to showcase their talent in the world arena and stake a claim for themselves in a full-strength Indian side.

On the other hand, the home team will be aiming to avenge the 5-0 series defeat in the last series these two sides competed in the land of the Kiwis.

While it feels like an eternity as India toured New Zealand in early 2020, just before the pandemic, and it derailed the lives of millions of people across the globe.

Three years later, while we have slowly moved on to a certain level of normalcy, the scars from the unprecedented chaos are still fresh in the minds of the people.

It is fair to say that a lot has changed in Indian cricket post the pandemic, and we are now slowly heading towards the start of something special with Hardik Pandya at the helm.

While relentless showers forced the game to be abandoned without a ball being bowled, the bandwagon now shifts to the Bay Oval, hoping for clear skies.

However, the weather forecast seems to be far from being positive as rains are expected to play a significant role in the high-voltage clash, with around 90 percent chances of showers along with thunderstorms.

Nevertheless, if the weather withstands the forecast and we are lucky enough to get a game, the bowling unit of both sides will be grinning from ear to ear as the conditions are set to favour them.

Over the years, New Zealand has been known to be a land assisting swing bowling, and on Sunday, it ain't going to be any different. With overcast conditions on offer and wind factor playing a role, the bowlers are set to rule in Mount Maunganui.

The average first innings total batting first is around the 169-run mark, and the average winning total is over 199 runs mainly because the dimensions of the stadium are smaller compared to other venues across the globe, and the bounce here is even through the course of 40 overs.

Interestingly, out of the nine matches played thus far, seven have been won by teams batting first, and two have ended in no result. Runs on the board has been the mantra for the sides setting foot at Bay Oval, and it will be exciting to see what are the tactics deployed by the two captains with the weather around and the possibility of the DLS method coming into the picture.

One of the talking points after India's semi-final exit in the T20 World Cup Down Under was the underwhelming performance of the openers, KL Rahul and Rohit Sharma.

With the duo not part of the series, it provides the young Shubman Gill a chance to transform his fifty-over form in the shortest format and create a niche for himself in this new era of Indian cricket. For someone of his calibre, it is hard to believe that he is yet to make his debut for the national side in T20 cricket.

Well, you read that right!

While he is expected to be one of the openers in the two games, his partner at the other end is surely going to raise a few eyebrows around the world.

The team management tried Rishabh Pant for a brief period before the mega event, and if they follow the same route, it will be curtains for Ishan Kishan in his bid to cement the opening slot.

The Jharkhand-born player has been riddled with inconsistencies and is behind Pant and Sanju Samson in the pecking order to command a place in the side as a wicket-keeper.

Another area to fine-tune for the Indian side will be the role of a finisher along with Hardik. In the current set-up, there could be a possible toss-up between Deepak Hooda and Washington Sunday for the role, atleast till Ravindra Jadeja slots his way back into the playing XI.

In an era of match-ups, one of the ideal tactics deployed against left-handed opening batters is the introduction of off-spinners. 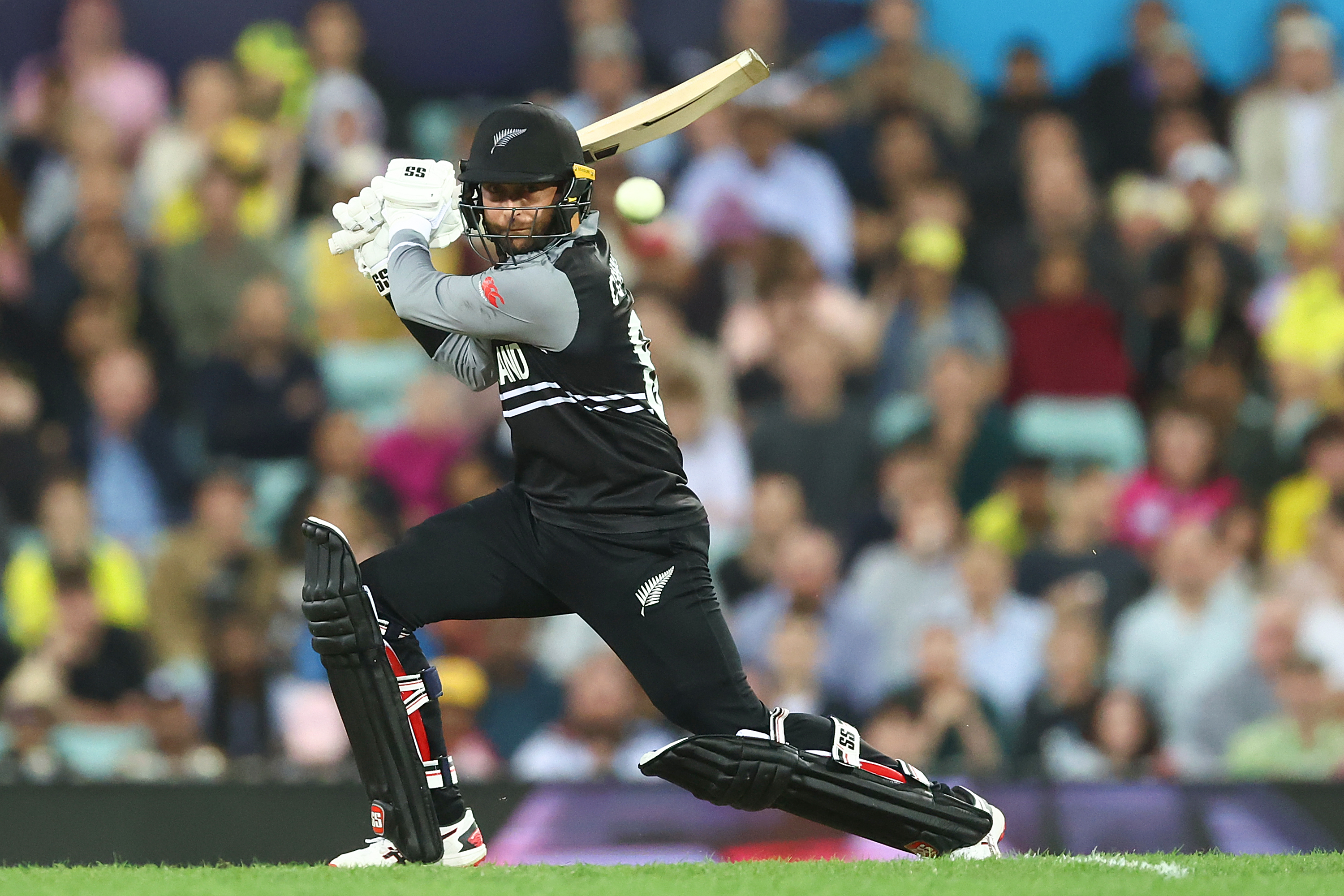 However, hope that the Indian team does not make this mistake, as Devon Conway has been dismissed only once in 13 innings against off-spinners and strikes at 149.2, which is the best for him against a bowling type.

Well, it will indeed not be a great idea to give Sundar an early go in the powerplay.

Similarly, Rishabh Pant against left-arm spinners is something Kane Williamson needs to watch out for. The southpaw has a dismal record against orthodox tweakers, is dismissed nine times in 19 innings, averaging 8.3. With Mitchell Santner in the mix, it would not be a bad idea to unleash him as soon as Pant comes out to bat. But what if Pant opens the innings as we have presumed above. There lies an interesting decision to make for the Black Caps.