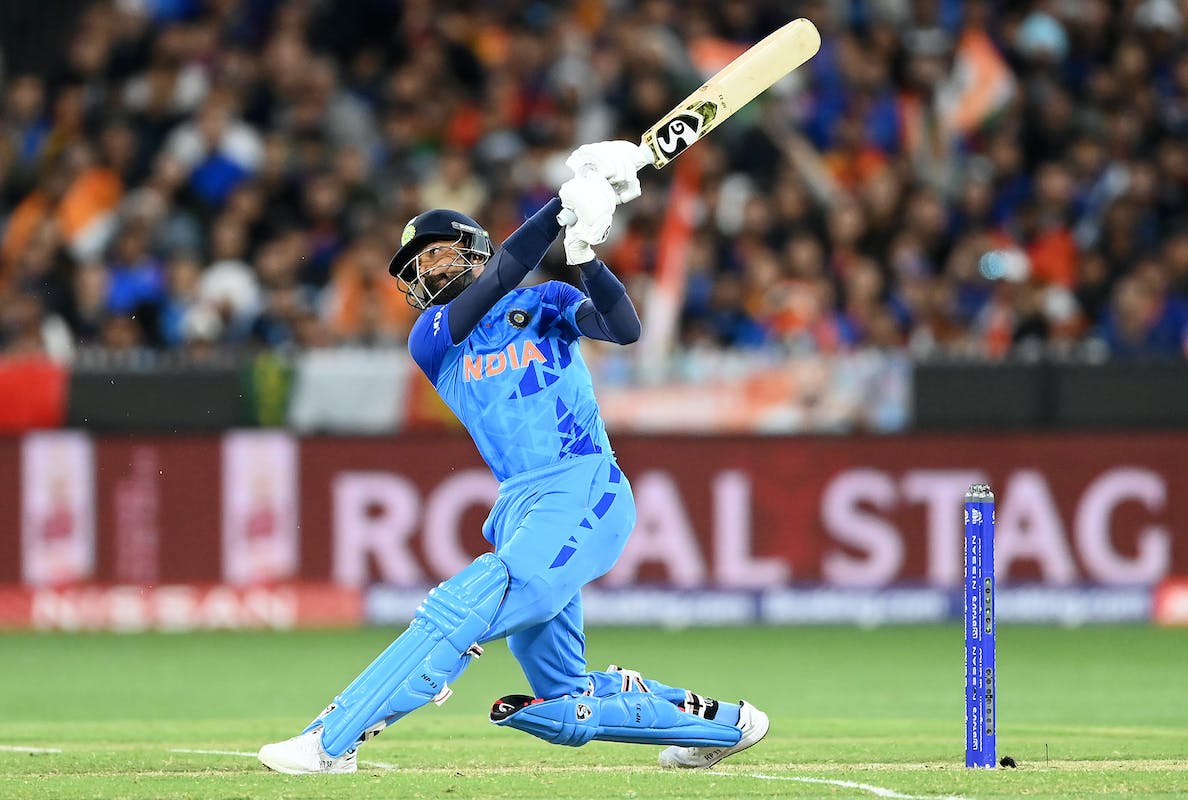 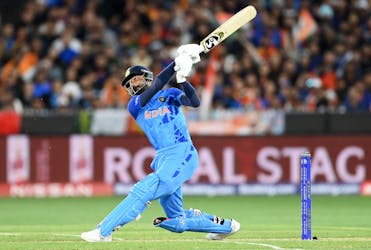 Days like Sunday would define Hardik Pandya for future generations - a selfless cricketer, who turned the tide to become a force of his own will

When the story of MCG 2022 will be told as a folklore, chances are Hardik Pandya’s 37-ball 40 runs will rarely be given the plaudits. It will be all about Virat Kohli and his majestic genius that made the world his oyster for an evening.

And rightfully so. Kohli was, as Anirudh Suresh mentions, a God in a Human clothing.

But Kohli will be the first one to acknowledge the tangible impact that Hardik Pandya had on the game and if not for the partnership between the two, India had a zero chance in hell to turn up and change the match around. It was the symphony that talked, the calibration of two polar opposite batters, with completely different approaches to life and game, that ended up providing millions of Indians one of the best days of their lives.

"Even with three balls left, I told the boys, 'Even if we lose the game, it's okay.' I said I am proud of the way we have fought in the game. We have been a team that has worked very hard individually, together, collectively. Somewhere down the line I have accepted the fact that this sport will give me ups and downs. The more ups I have the better, but even the downs I will cherish because failure teaches you a lot of things."

Pause for a moment, read it again, and understand the clarity of thought that Hardik endured. A far cry from the days, he was labeled as an irresponsible, childish and reckless person, who had no control over his life and emotions.

Don’t think anyone has ever had a shred of doubt about Pandya the cricketer though. He has always been an excellent all-rounder, a confident batter who knows his strengths and more importantly, his weaknesses. He just had to mould himself and change his outlook towards the sport, which he has done like a statesman.

It is important to remember these things while understanding what forced a lifestyle change for him. He has become a father, then lost his father and battled career-threatening injuries. At one point, everything seemed distant, let alone becoming the mainstay of the Indian team in a World Cup, with a lot at stake. How could you stay the same?

After being named as Gujarat Titans captain, when Hardik spoke about his captaincy philosophy, many surged it off as an overdoing of the narrative. Not many believed in him, but counted it as press platitude when Pandya said, “my philosophy is that if someone is doing well, as a captain, I will not bother him but when he is down, as a person I will be available if he needs me to hold his hand. That’s the motto I would like to follow. For anyone who needs me, I will always be there.”

During the tournament, he lived up to his every single word. While there can be a discourse that a captain is as good as the team, you had to live through the Titans experience to believe the magic that Pandya had cast on his teammates, or in his words, his family. From Shubman Gill to Rashid Khan, from David Miller to Mohammed Shami, everyone was happy to have Pandya around them. The end result - Championship run in the maiden season. Couldn’t be a coincidence.

That space of mind was all that India needed after all. And combine that with the sense of gratitude for everything he has in his life. He is a proud father, a doting husband, a lovely brother, and a proud member of the Indian team. For everything that he had gone through, it is just a fantastic position to be in.

"When I came on the ground, I was very happy and I was speaking to Rahul [Dravid] sir as well initially, I wouldn't say he was tense but he told me: 'you have done a lot of things', and 'be calm' and all that. I had to tell him: 'sir, please understand I'm happy to be here. Ten months back, I was working in my space and I had no idea and this is where I wanted to be, irrelevant of what happens. Just happy to be here, playing with all the best cricketers in the world, and they are my brothers.”

On paper, Hardik is the most important member in the Indian team, with Jasprit Bumrah out with an injury. India could afford one of their bowlers to have a bad day, because Hardik compensates for that. Pakistan learnt that in the hard way on Sunday when they had no option but playing a match-up disadvantage against Pandya with Mohammed Nawaz having to bowl the 20th over. It is the cushion that the Baroda all-rounder provides that makes up for a lot of unnoticed narratives in the game for Team India.

Pretty soon there will be another day when Pandya will be the center of all attractions. He would drive the game away single-handedly and win India games. But days like Sunday would define Hardik Pandya for future generations - a selfless cricketer, who turned the tide to become a force of his own will.