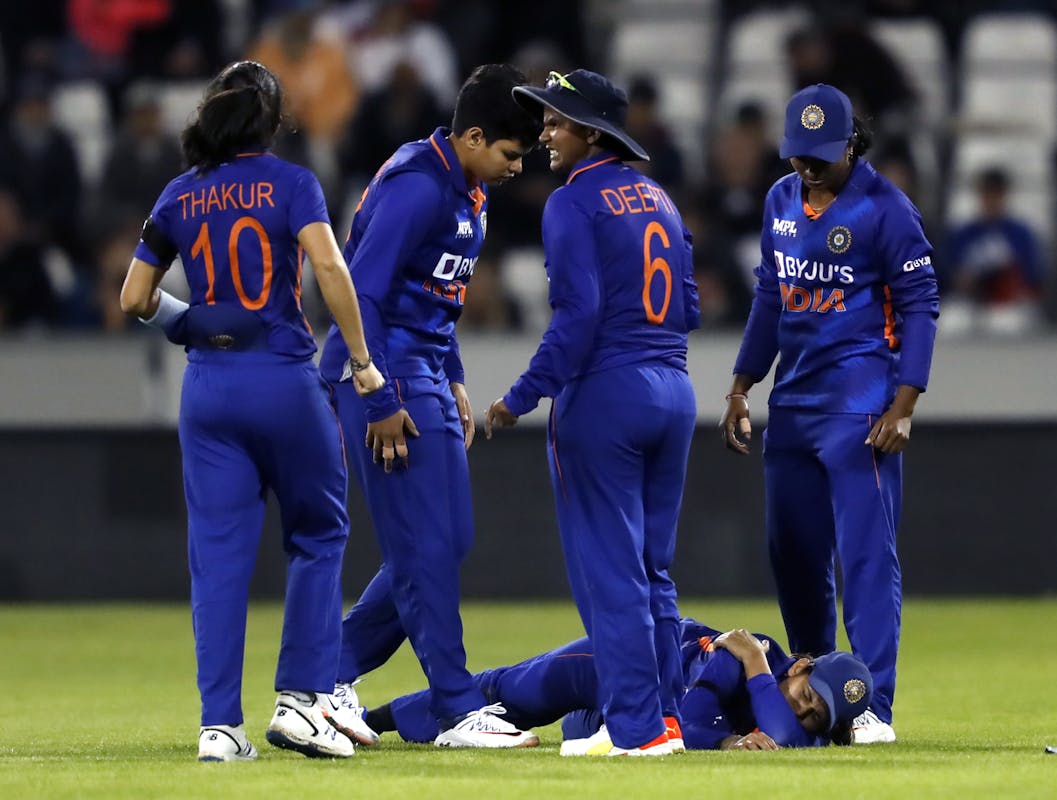 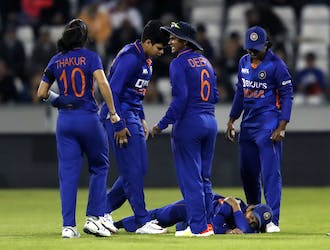 India captain Harmanpreet Kaur expressed her displeasure at the slippery ground conditions at Chester-le-Street as she felt her most of her teammates were lucky to come out uninjured in the first T20I loss against England. India suffered a nine-wicket loss on Saturday as Sarah Glenn's 4-23 and Sophia Dunkley's unbeaten 61 off 44 took them home with 42 balls remaining.

India were guilty of dropping multiple misfields and dropped catches as England powered through to a big win.

" I just feel we forcefully played because it conditions were not 100% fit to play. I am happy the girls put in the efforts and they played despite there being chances of getting injured," Kaur said at the post-match presentation.

India were a bowler short after spinner Radha Yadav suffered a knock on her shoulder while fielding at backward point in the second over. Kaur and Shafali bowled an over each to fill in for her which costed India 28 runs.

"You need to have team-mates that play in whatever conditions. It was not 100% conditions, the ground was too wet and there were chances of getting injured. And one of our fielders got injured and we turned out one bowler short," Kaur said.

Batting first, India were restricted to 132/7 in 20 overs as legspinner Glenn triggered a middle-order collapse. Deepti Sharma's unbeaten 29 off 24 balls took India past the 130-mark.

England's stand-in captain Amy Jones was pleased with her team's allround performance in the series opener.

"We kept them to a good score. The pitch was a bit skiddy and we had to play straight. Danni (Wyatt) at the start was great, Dunks (Dunkley) played confidently as well. It is an unbelievable top three with the form they are in," Jones said after the match.

Jones, who replaced Natalie Sciver as the captain for the series, said that she had tried to implement the inputs given by her teammates.

"I think I am very quiet in all aspects of life. The girls know that it comes naturally to me and the girls stepped up, which made it easier. Lots of girls chipped in with inputs. Just took in the information and tried to read the game," Jones said.