How and why India’s World Cup campaign fell apart 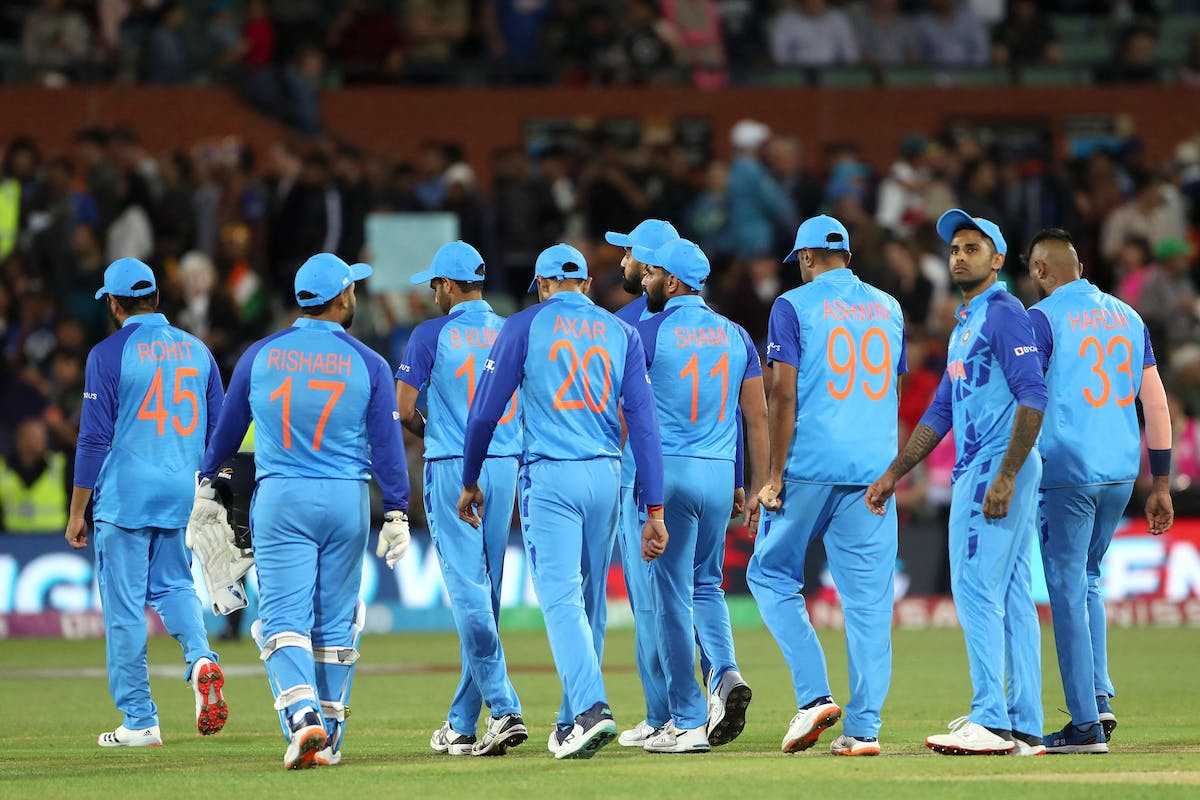 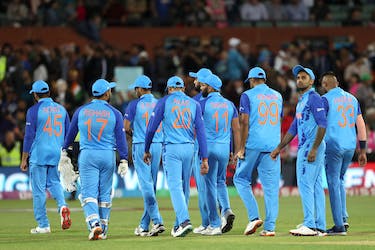 How and why India’s World Cup campaign fell apart

We dissect the 2022 T20 World Cup campaign of the Men in Blue, which ended in the most humiliating manner imaginable

Ahead of the competition, skipper Rohit Sharma and coach Rahul Dravid promised that the world will be witness to an aggressive, belligerent, fearless, free-flowing Indian side but reality turned out to be different as the Men in Blue underwhelmed consistently before crashing out in the semis in the most humiliating manner imaginable.

In doing so, they extended their trophy drought to 9 years.

So, what actually went wrong? How did this side that looked oh-so-invincible in the bilateral games turn out to be a shadow of its own self on the big stage?

All year long, prior to the World Cup, India skipper Rohit Sharma spoke about how he wanted his side to play an all-out aggressive brand of cricket. The first step to doing so is coming out all guns blazing (from ball one), and to Rohit’s credit, he and his side walked the talk.

In the 32 T20Is they played in 2022 in the lead-up to the World Cup, the Men in Blue struck at 142.6 in overs 1-6, proving to be the quickest scoring full-member in the powerplay. The charge was led by Rohit himself, who, prior to the T20WC, struck at 144.4 inside the first six in the calendar year. 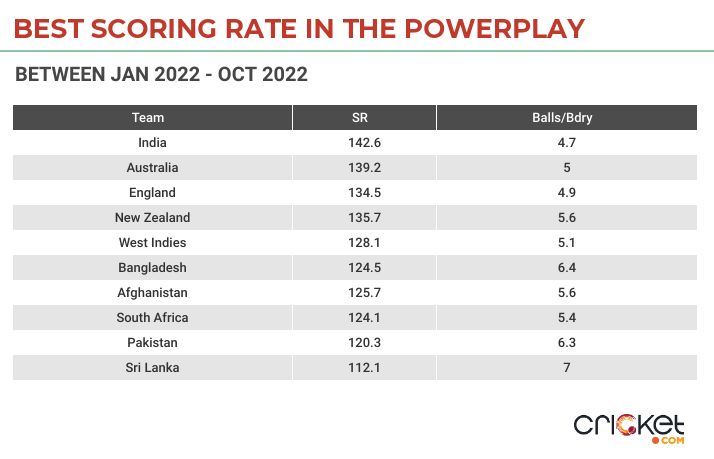 However, come the World Cup, India, rather puzzlingly, completely moved away from this strategy and let the bowlers fully dominate proceedings.

In overs 1-6 in this T20WC, India inexplicably went at a SR of 100.5, proving to be the second-slowest scoring side in the powerplay. Only UAE (SR 77.8) went slower than them, while no side that progressed to the Super 12s had an attacking percentage as low as them (43.30%). 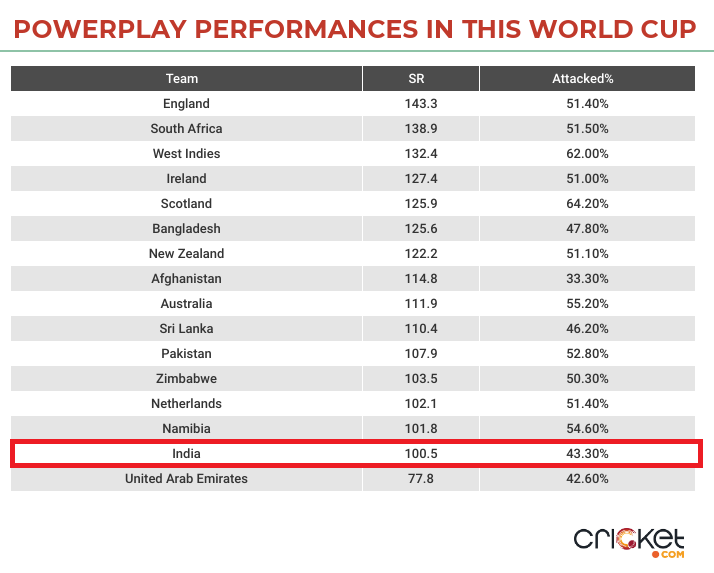 Though India emerged victorious in both the Netherlands and Bangladesh clashes, their powerplay showings in those games (32/1 and 37/1, respectively) left the middle order with a lot to do. In both matches, brilliance from the bat of Suryakumar Yadav (and partly Kohli) propelled the side to above-par totals, but it became evident that, for the side to go all the way, the batters needed to be more proactive up-front.

However, that lesson was never learnt. In the semi-final, India once again put up a timid showing in the powerplay (38/1) but this time, they were punished. Suryakumar perished cheaply, the catch-up wasn’t done, and India ended up paying the price for being over-cautious.

It is true that the largely bowler-friendly conditions made it impossible for India to ‘exactly’ replicate what they’d done in the lead-up to the World Cup, but even then, the lack of aggression, especially for their skill levels, was flabbergasting.

Over-reliance on Kohli and Suryakumar Yadav 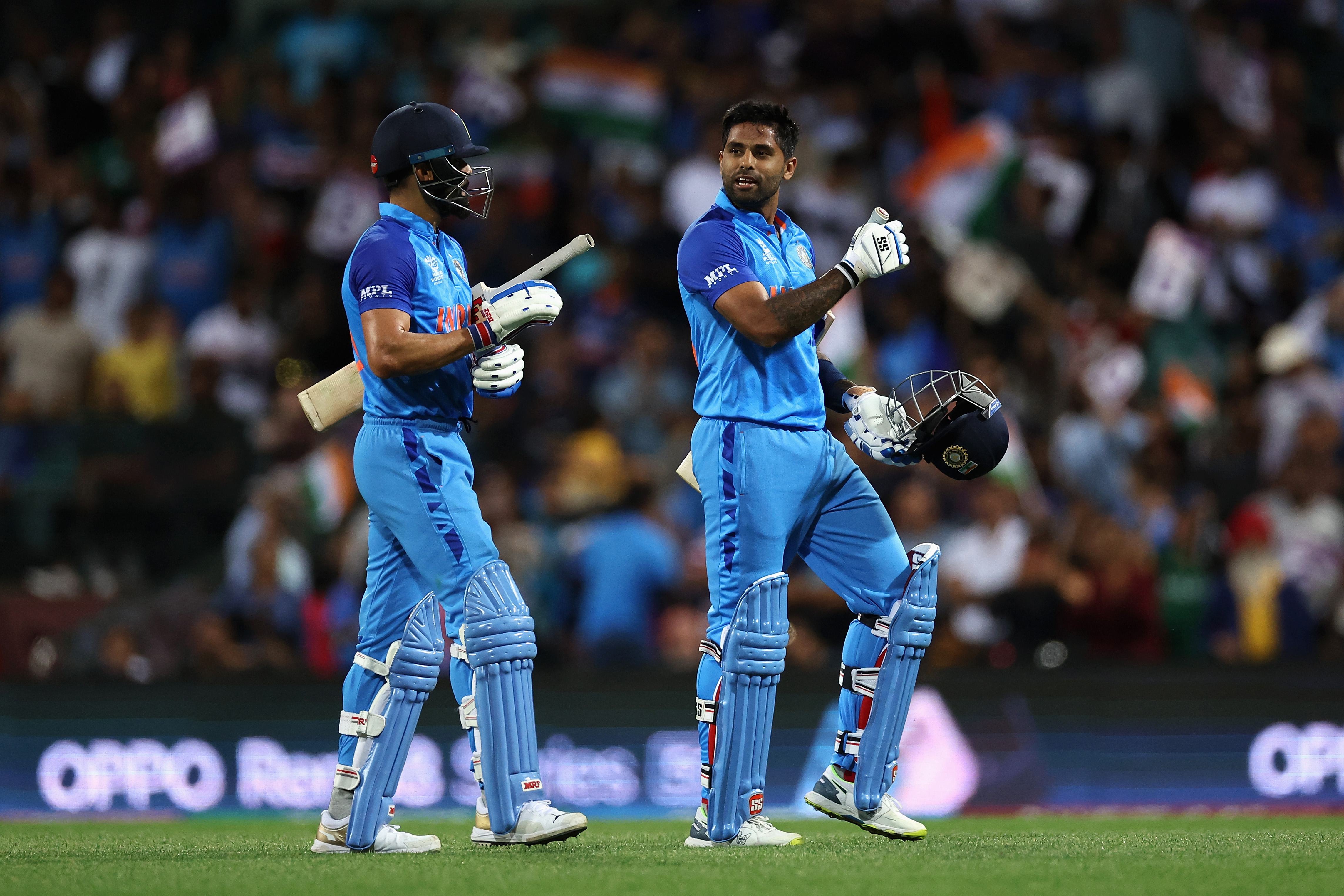 KL Rahul and Rohit Sharma weren’t just guilty of wasting the powerplay; they, unlike Kohli, were also guilty of severely underperforming, letting the side down in times of need.

Rohit and Rahul, whose lacklustre performances contributed to the side’s exit in 2021, failed to deliver in this World Cup too, as they averaged 19.33 and 21.33, respectively.

Against Pakistan, South Africa and England, the pair combinedly scored 64 runs off 76 balls, with Rohit’s scratchy 28-ball 27 in the semis directly contributing to the side’s elimination. 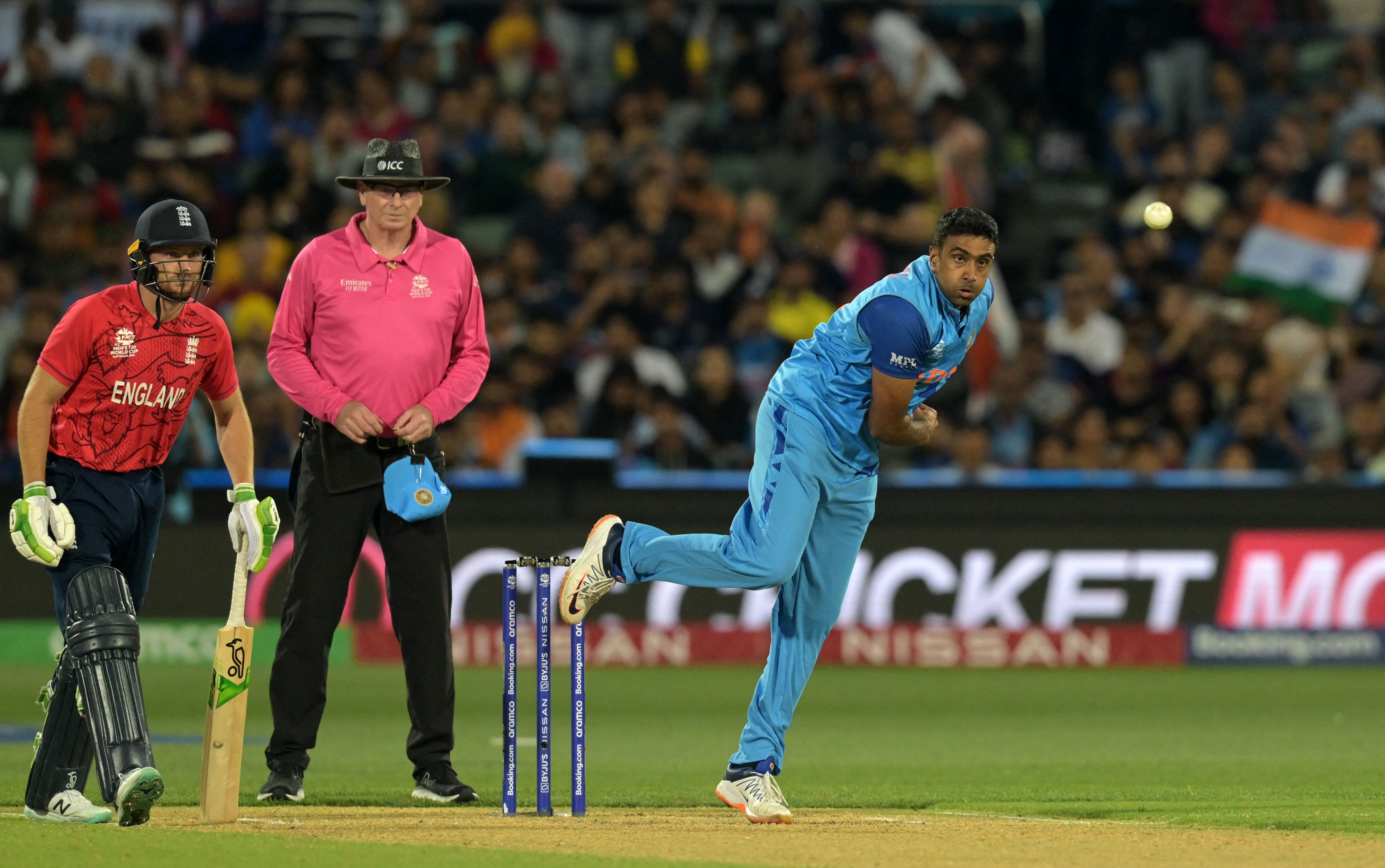 When India zeroed in on Ravichandran Ashwin and Axar Patel as their spinners, it was acknowledged that the pair wouldn’t essentially take tons of wickets due to their inherent nature. But pretty much everyone had confidence in the duo doing a good defensive job, keeping things tight and complimenting the pacers.

However, in a twist not many saw coming, Axar and Ashwin turned out to be the second-worst spin attack in the entire competition in terms of their economy, conceding at an ER of 8.4.

Across the Pakistan, South Africa and England clashes, the pair shockingly conceded 144 off the 14 overs they bowled, picking a solitary wicket. 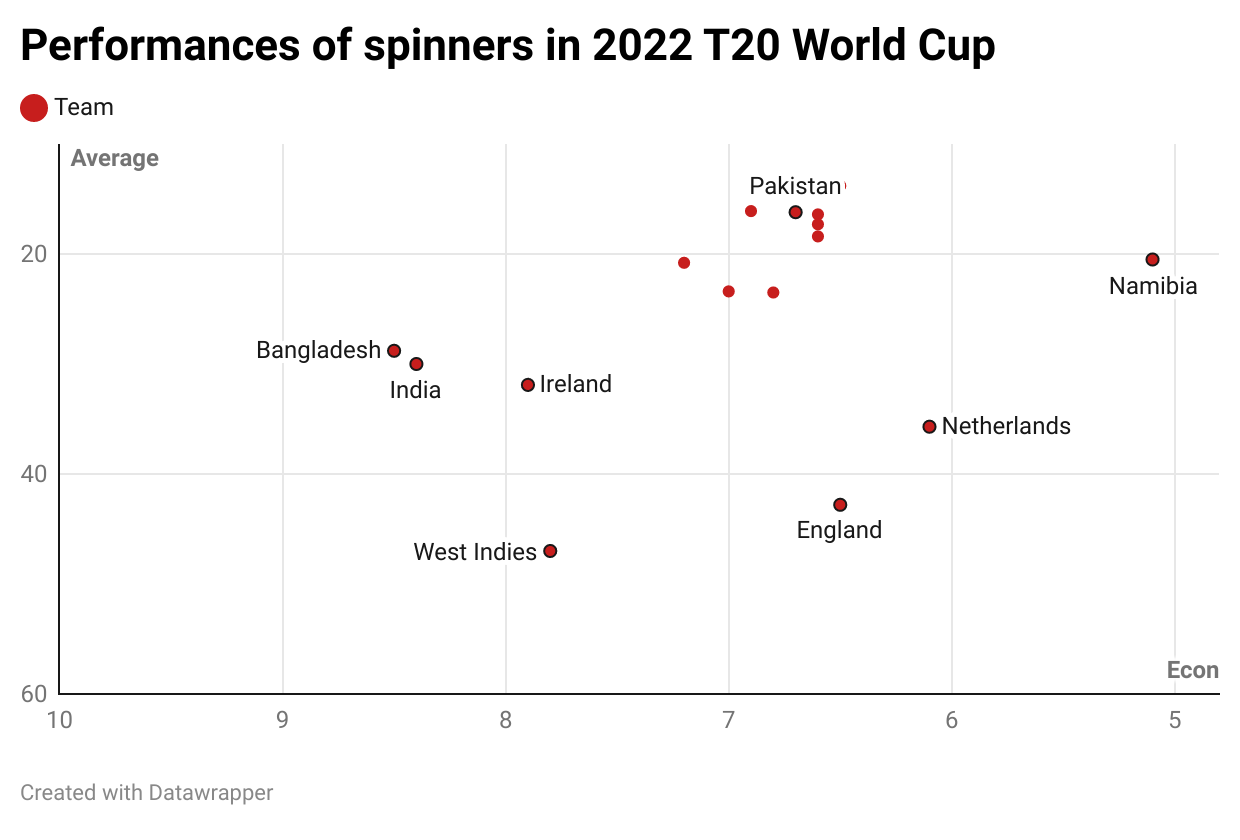 Axar and Ashwin did not cost India the semi-final clash against England, but the encounter did highlight just how ineffective they were in the competition, both individually and collectively as a pair.

While England’s spinners (Rashid and Livingstone) bowled their 7 overs for 41 runs whilst taking a wicket, Axar and Ashwin were taken apart for 57 runs off their 6.

The pair were picked in the XI partly because of their batting, but mainly because they had the ability to choke batting line-ups in the middle overs.

That wasn’t to be seen in this World Cup.

Absence of an x-factor on the bowling front 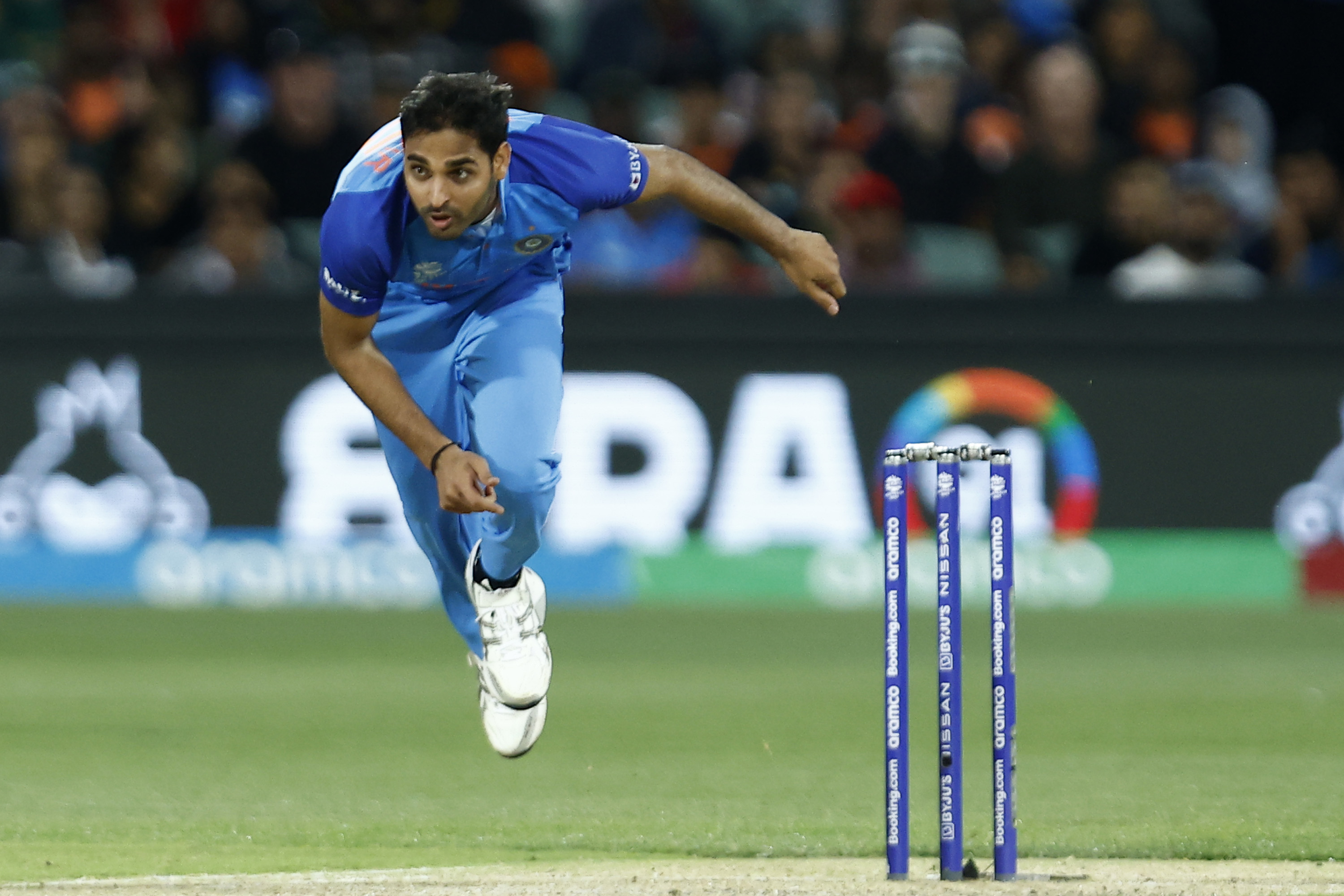 Make no mistake, the Indian pacers exceeded expectations in this World Cup. Heading into the competition, there were fears that India’s bowling would be taken to the cleaners by all and sundry, but it was anything but that in the Super 12 stages.

The seamers played a big part in both the Pakistan and Bangladesh wins, and they also nearly helped the side snatch victory from the jaws of defeat against South Africa.

However, the largely one-dimensional attack did come with its limitations, and to India’s dismay, the flaws were brutally exposed in Adelaide by England.

Bhuvneshwar Kumar, Mohammed Shami and Arshdeep Singh can all be unplayable on wickets with assistance, but the absence of raw pace (or height) renders them highly ineffective on flat wickets. Arshdeep included, none of them are bowlers with the capability of transcending conditions.

This is where India missed an x-factor bowler. Or, in other words, Jasprit Bumrah. Chances are that Bumrah would still have caused the English batters plenty of trouble in Adelaide.

India could still have troubled England had there been an x-factor bowler (read: leg-spinner) on the spin-bowling front, but they didn’t possess that either. England, for instance, were without an x-factor seamer in the semis due to the injury to Wood, but it didn’t matter because of the presence of Adil Rashid. The leggie was able to not just trouble the Indian batters, but take the key wicket of Suryakumar Yadav.

It truly is an irony because, on the bench, India did have a world-class leggie in Yuzvendra Chahal. Just that he didn’t bowl a single ball all competition. In fact, in the Super 12s, India were one of two sides (Bangladesh being the other) to not bowl a single ball of wrist-spin.

In hindsight, India now probably regret the decision to not play a wrist-spinner in the XI. All the talk heading into the World Cup was how wrist-spinners hold the key in Australia, and the chatter proved to be right, with the wrist-spinners of Pakistan, New Zealand, England, Australia, Sri Lanka and Afghanistan all not just delivering key wickets, but maintaining an economy under 7.00.

India opted to keep theirs on the bench in order to add more muscle to their batting, but the ploy backfired.