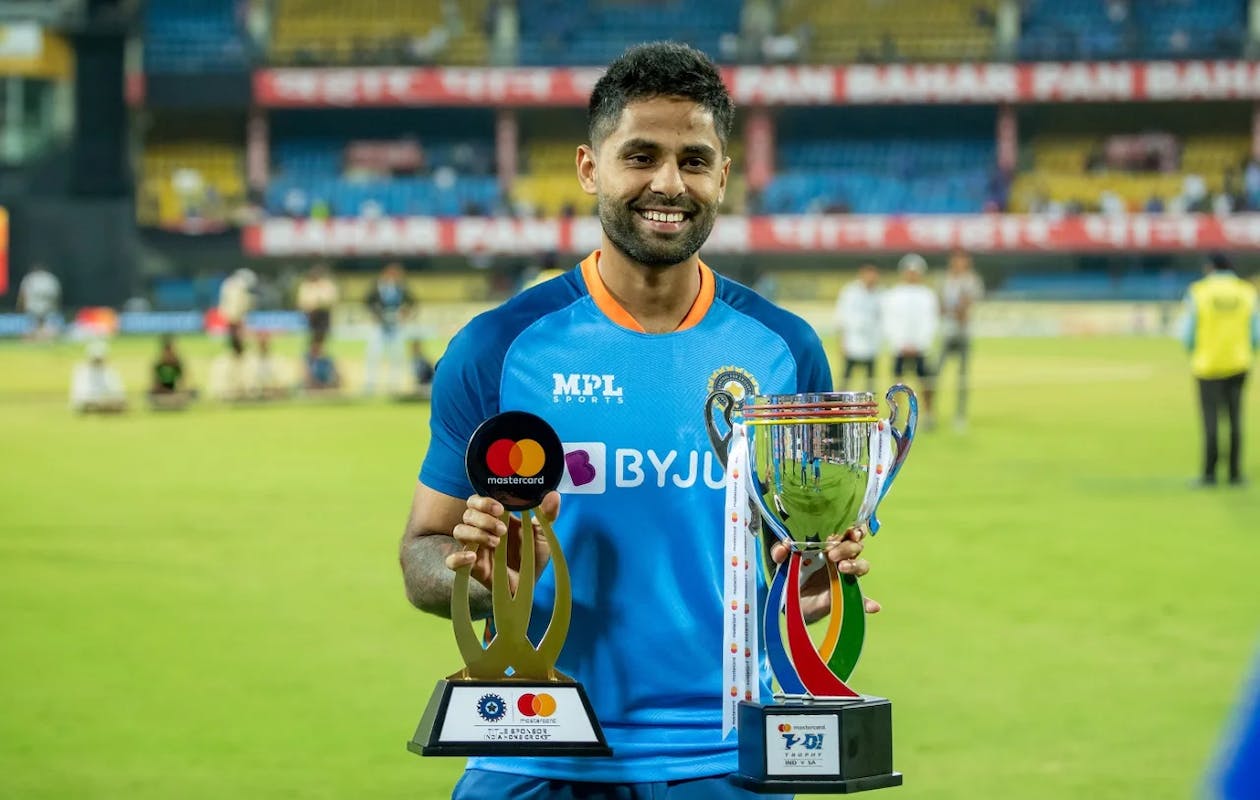 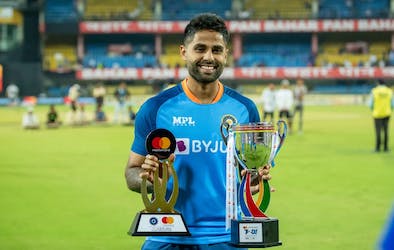 Suryakumar Yadav has been in outstanding form in 2022 and is now only 16 points behind top-ranked T20I batter Mohammad Rizwan (854 points). The Pakistan wicketkeeper-batter was rested for the sixth T20I against England and then got out for just 1 in the series-decider. Meanwhile, Suryakumar managed scores of 50*, 61 and 8 in the three-match series against South Africa and was also named Player of the Series.

In 2022, the Indian middle-order batter has slammed 801 runs in 23 T20Is at an average of 40.05 and a strike rate of 184.6. No other batter has scored more runs than Suryakumar in this format this year. Meanwhile, Pakistan skipper Babar Azam has managed to hold onto his No. 3 spot but is now 37 points behind Suryakumar (838 points).

KL Rahul, who scored 108 runs in two games against South Africa, jumped seven spots to 14th. The likes of Quinton de Kock (up eight spots to 12th), Rilee Rossouw (up 23 places to 20th) and David Miller (up ten spots to 29th) too were the major gainers. The former slammed two fifties in the series, while Miller and Rossouw smoked a century in the second and third T20I respectively.

South African left-arm spinner Keshav Maharaj, who scalped four wickets in the last two T20Is, moved from No. 17 to No.10. Meanwhile, R Ashwin jumped 28 places and now finds himself sitting at No. 20.

Talking about Pakistan vs England, Dawid Malan (sixth to fifth) and Ben Duckett (up eight spots to joint 24th) too moved up the order. Wristspinners Tabraiz Shamsi and Adil Rashid slipped three spots each, allowing Rashid Khan, Wanindu Hasaranga and Adam Zampa to move up.