If Williamson's catch was taken, it would have been a different ball game: Kohli 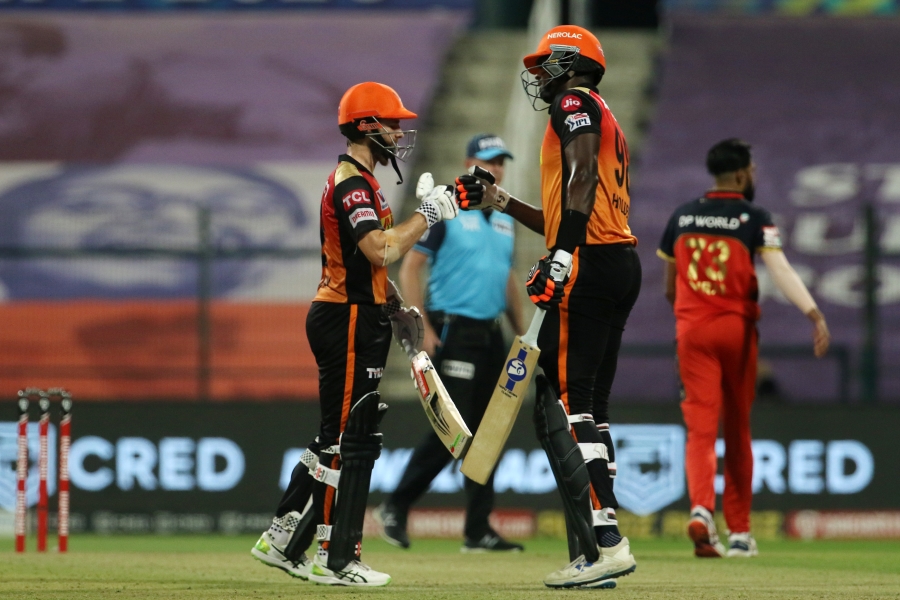 If Williamson's catch was taken, it would have been a different ball game: Kohli

Williamson was dropped by Devdutt Padikkal at the boundary in a difficult attempt when SRH needed 28 from 2.4 overs

Royal Challengers Bangalore captain Virat Kohli on Friday (6th November 2020) rued the dropped catch of Sunrisers Hyderabad batsman Kane Williamson at the fag end of their IPL Eliminator, saying the match could have gone in his side's favour had the "difficult" chance been taken.

Williamson was dropped by Devdutt Padikkal at the boundary in a difficult attempt when SRH needed 28 from 2.4 overs. The reprieve cost RCB dearly as the New Zealand captain went on to score an unbeaten 50 to help SRH chase down the modest target of 132 with two balls to spare.

SRH will now play Delhi Capitals in the Qualifier 2 on Sunday for a place in the final while the RCB were knocked out.

"It is a game of margins and if Kane (Williamson) was taken there then it is a different ball game," Kohli said at the post-match presentation.

A batting heavy side, the RCB could only post 131 for 7 after being invited to bat and Kohli said his side just allowed SRH bowlers to bowl to the areas they wanted.

"Altogether they put us under a lot of pressure in the first innings. Few soft dismissals, few fortunate ones for them as well and we just didn't have enough runs on the board.

"Maybe a bit of nerves, maybe a bit of hesitation, we need to be more expressive with the bat. We didn't put enough pressure on their bowlers. We didn't have any phases in the game where we got away from the opposition."

Kohli admitted that it has been "a strange kind of phase in the last 4-5 games" of the league phase.

Talking about the positives from the tournament, he said, "Couple of people have stood up, Devdutt (Padikkal) is one of them, he stepped up nicely and getting 400+ runs is not easy. He has played with a lot of class and efficiency for the team. Very happy for him.

Kohli said not having home and away matches has made this IPL one of the most competitive ever.

"That also tells you the strength of the teams in the IPL, no team is runaway favourites as such and every team has strong players. One of the other reasons is playing in only three venues and there's no home and away advantage.

"Similar conditions for everyone and that's the reason this has been one of the competitive IPL this year," he said.

"It was amazing to have had this opportunity to come out and play. There's a bigger picture going around here and we are all contributing to that. To all our fans who have supported us like every year, we just want to thank them."

Sunrisers captain David Warner said his side knew they will have to beat top three teams to make it to the playoffs.

"My nails are okay for the moment. They (Natarajan and Rashid) have been of great impact for us. We like to bowl Sandy (Sandeep Sharma) and (Jason) Holder five overs at the top. Then we try to bowl Rashid and Natarajan in the middle overs.

"Rashid has a lot of pressure on him to perform. Congratulations to Natarajan. Kane is our banker. He manages to stick in there and plays the pressure innings. I am running out of superlatives for these two blokes (Rashid and Kane)," he said.

Noting that RCB have world-class batsmen in their line-up, Warner said, "You knew that wicket had something in it. The boys bowled fantastically well in the middle overs.

"It is too early to say. We obviously have Delhi to play. We have been talking about their world-class bowling side. But I am excited."