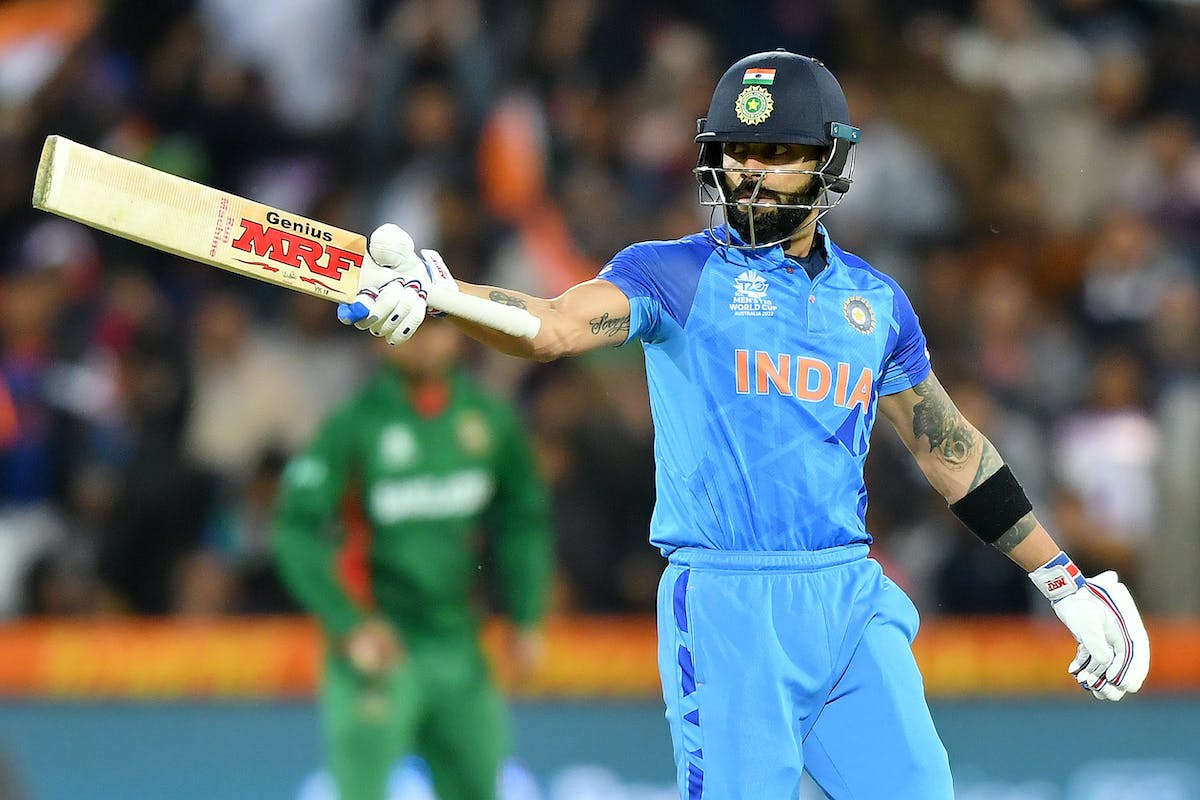 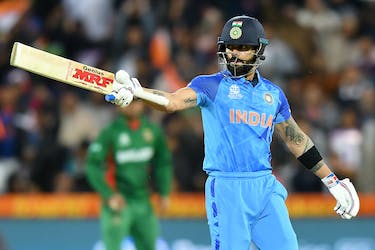 Australian great Ricky Ponting feels Virat Kohli is a "champion player of the game in all three formats" and India are reaping the rewards of sticking with him as he bounced back in style to ignite hopes for their second World Cup title in the format after 15 years.

Ponting further adds that T20 cricket is an "older person's game" and experienced players such as Virat Kohli tend to find a way to overcome difficult times and succeed.

Having ended his 1,021-day century drought with a stunning 122 not out from 61 balls against Afghanistan at the Asia Cup in September, Kohli has been in the forefront of India's success at the ongoing T20 World Cup as they inch closer to the semi-finals.

"India now are reaping the rewards of keeping him there and if they go on to the next stage then I'm sure he'll produce something big in one of the finals as well,” the two-time World Cup winning captain was quoted saying by the ICC website.

Kohli, who turned 34 on Saturday (November 5), has been the leading run-scorer (220 runs) in the ongoing T20 World Cup and has only been dismissed once in four innings. India take on Zimbabwe in their Super 12 finale on Sunday (November 6).

"I've also learned about the T20 game over the years that I've been involved, is it's more of an older man's game, or older person's game, than a young man's game. Just with the knowledge and the know-how and the expertise in situations like Virat has been confronted with a couple of times.

"They've done it before, and they tend to find a way to get it done more often than not."

Ponting had firmly believed that the out-of-form Kohli would turn it around and urged the Indian selectors to persist with him. "He's been a champion player of the game in all three formats for a long period of time," Ponting said.

"One thing I've learnt about champion players, in this game in particular, is you just never write them off. They always tend to find a way, particularly when it matters most, to dig deep enough and find a way to get a job done." Remembering his 82 not out against Pakistan, Ponting rated India's Super 12 opener against Pakistan as one of the greatest sporting spectacles

"If you wind the clock back about a week, start of this tournament; India, Pakistan, right here at the MCG -- that was what I thought might happen.

"Virat rolling the clock back a little bit, playing a match-winning knock, being man of the match in what I think is one of the best sporting spectacles that I've ever seen," Ponting said about the epic four-wicket win by India.

Battling poor form and mental issues, Kohli had taken a month's break away from cricket before the Asia up in UAE. Ponting said the support of family and teammates would also have been pivotal in his return to form. "[It’s] a great learning experience for Virat as a cricket person, to actually get to a point in his career when he had to change, had to do something different,” Ponting said.

"We know he's always been a really hard worker, he's always been fit, always looked after his diet and been a great trainer. That worked for him up until a certain period of time where he had to look elsewhere and find other ways to get back to being a great player again.

"At the end of the day, we all play the game to try and do the right thing by our family, by our teammates and our fans. And that's probably the order that it goes in, to be honest.

"You want to make your family proud, you want to win games for your teammates and you want to have the people that turn up to watch, whether it's at the venue or through the TV screens, you want them to be proud of what you've done as well."