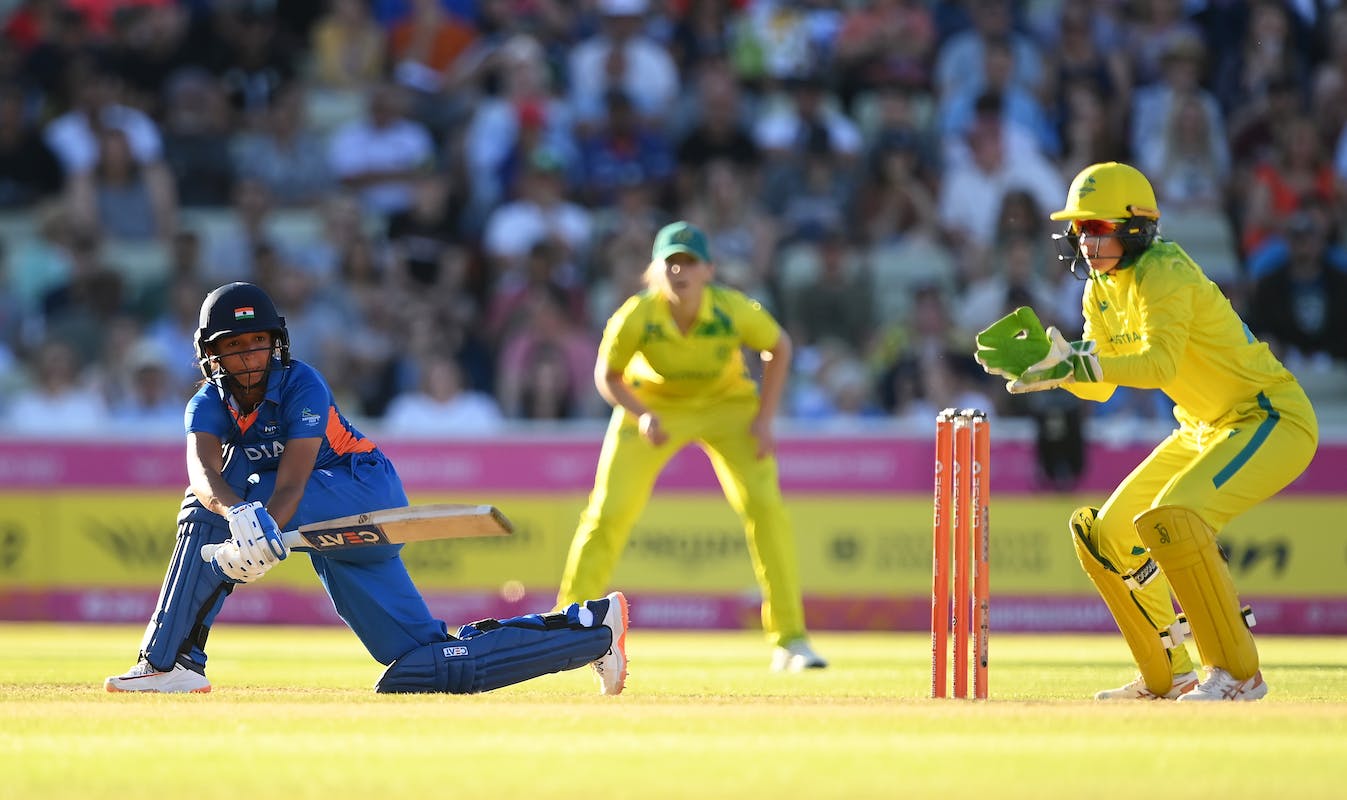 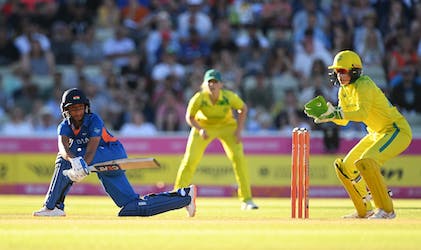 The Indian women's cricket team suffered a heart-breaking nine-run defeat against Australia in the gold medal match of the Commonwealth Games here on Sunday.

Skipper Harmanpreet Kaur and Jemimah Rodrigues brought them closer to a historic win with a 96-run partnership but, India lost eight wickets for 32 runs as they lost their second major final in three years to Australia.

Chasing 162, India lost both openers Smriti Mandhana and Shafali Verma by the third over with 22 runs on the board. Kaur and Rodrigues then took over as they found the gaps in the Australian field to chip away at the total.

However all changed in the space of nine deliveries, starting with Jemimah being bowled by Megan Schutt in the 14th over followed by Kaur's failed lap-scoop off Ashleigh Gardner which bounced off her helmet before keeper Alyssa Healy took a brilliant catch.

Despite losing two more wickets, Deepti Sharma kept fighting but trapped leg before by Schutt in the 19th over. Concussion substitute Yastika Bhatia had the chance to get the job done with 11 runs required off the final over. But Meghna Singh's run-out off the second ball was followed by Yastika's leg before off the third ball which wrapped Indian innings at 152 all out.

A silver medal finish was still a creditable one for India who beat England in the semi-finals on Saturday. It can also be said the women's cricket debut at the Commonwealth Games was largely a success. A packed house at Edgbaston witnessed the first ever final in CWG.

Renuka Singh, the tournament's leading wicket-taker, once again provided an early breakthrough by trapping the dangerous Alyssa Healy leg before with a delivery that moved in a shade. The Indians went for the DRS in the last second and it was successful.

Mooney and skipper Meg Lanning (36 off 26) then stitched a 78-run stand which was broken by a superb run-out at the bowler's end by Radha Yadav to dismiss Lanning.

Deepti plucked one off the right hand to get rid of a well set Mooney while Radha took a low diving catch at backward point to dismiss Tahlia McGrath, who played the game despite testing positive for COVID-19.

Australia looked set for a 180 plus total but India fought back in the last five overs taking five wickets for 35 runs. Renuka ended with tidy figures of 2-25 in four overs.

Sneh Rana (2-38) was the most expensive bowler who bowled their full quota but took two crucial wickets of Mooney and Ashleigh Gardner.