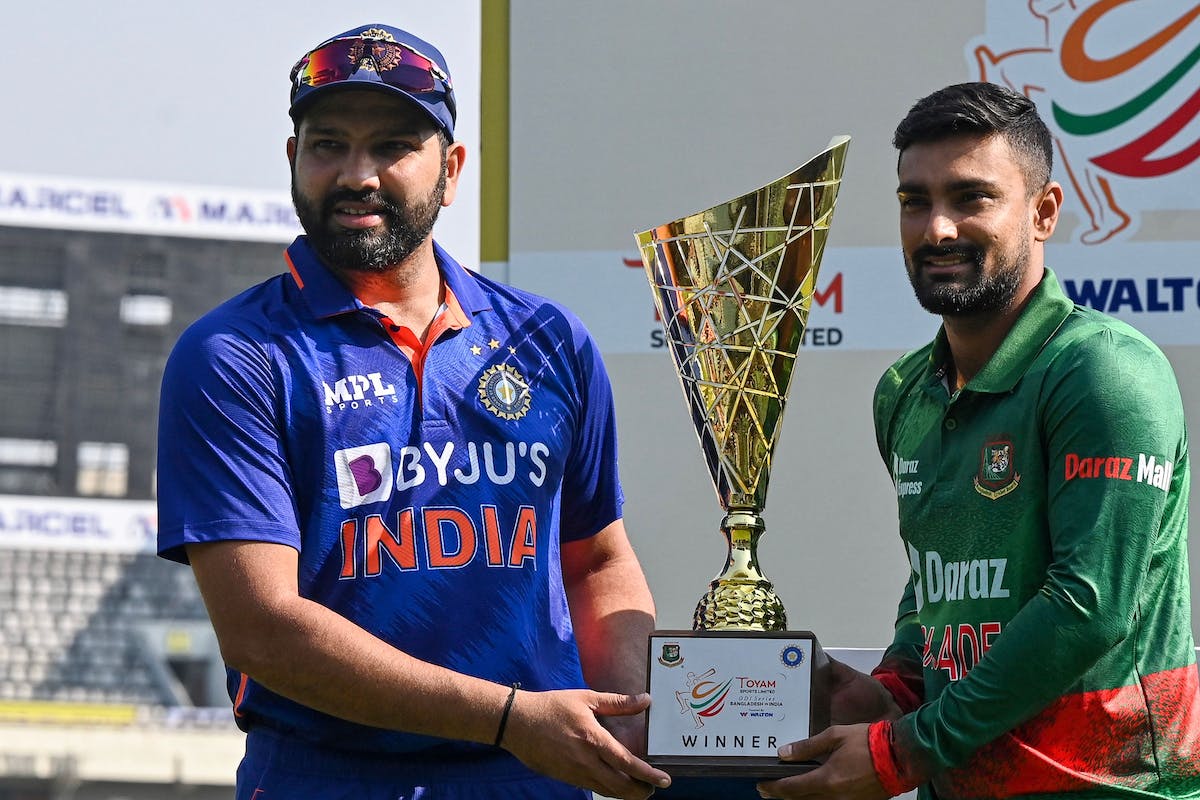 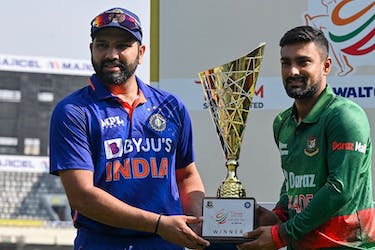 The hustle for Indian cricketers never stops. They played most matches in the build-up for the World Cup, then the World Cup itself followed by a tour of New Zealand which ended only a few days ago and now the squad is in Bangladesh for their next assignment.

It is the first time the Men in Blue are touring Bangladesh since 2015. That was the time when Bangladesh's strive to rise above the shadows of a minnow nation was coming to the surface. They made it to the World Cup quarterfinals and followed it with bilateral series wins over South Africa and the touring Indian side, winning 3-0. Since then, the Bangla Tigers have seen various ups and downs. Nothing signifies it more than their ODI fortunes this year. In the first half, they won their first bilateral ODI series in South Africa. In the second, they lost a series to Zimbabwe. But on a larger note, they are one of the eight sides to have secured direct qualification for the 2023 ODI World Cup. 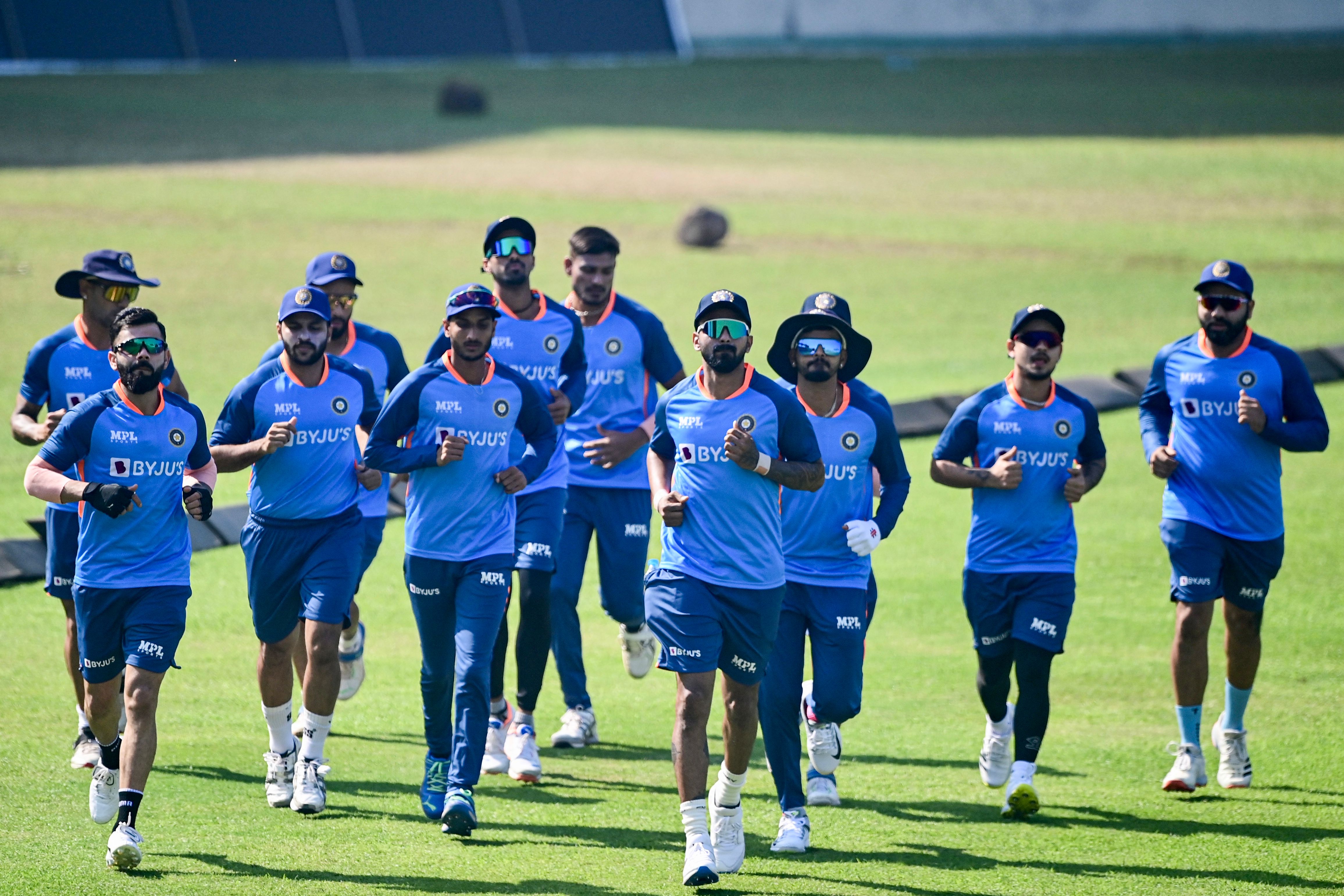 In any case, India won’t make the mistake of taking Bangladesh lightly. Bangladesh are a different gravy in their home conditions. They have won 10 out of 12 ODIs at home since the 2019 World Cup. Probably no other side flexes the home advantage as much as Bangladesh in white-ball cricket. However, they won’t be full-strength, missing the services of their regular skipper Tamim Iqbal and the bowling spearhead Taskin Ahmed. On the other hand, they are boosted by the return of Shakib Al Hasan to complement the presence of Mushfiqur Rahim and Mahmudullah in the batting order.

India are also welcoming their seniors back in the side. A second string team featured on the white-ball tour in New Zealand. But all of Rohit Sharma, Shikhar Dhawan, Virat Kohli and KL Rahul are back now. The last time all these names were part of the ODI side was nearly two years ago, in January 2021. Hence, India have started their 2023 ODI World Cup preparations now. The presence of these aforementioned seniors also hints that youngsters like Rajat Patidar and Rahul Tripathi will have to wait for their chance.

India are likely to have Rohit, Dhawan, Kohli and Rahul in their top five. Barring Kohli, who shredded all doubts about his white-ball future during the T20 World Cup, everyone else has a point to prove.

Rohit has a handy strike-rate in nine ODIs since 2021 but averages only 32.6. Moreover, his T20 form has raised plenty of questions. Yes, the questions arrive from a different format but there is some overlap and Rohit fails to instill confidence in that regard. The full-time captain of the side, the 35-year old would want to secure his place as a batter before a captain and for that, he needs runs. Bangladesh’s slow pitches will pose an interesting challenge for the right-hander. In ODIs since 2020, Rohit averages 23.3 against spin as compared to 45.3 versus pace.

Last but not the least, the situation around Rahul is blurred. He cemented his spot in the middle-order (number four or five) but it was almost two years ago. Since then, the Karnataka batter has constantly been missing from the middle-order, owing to rest or opening the innings in the absence of Rohit. Hence, this series is his chance to stay on top of the looming competition for the wicketkeeper batter’s spot in the middle-order.

The Men in Blue have experienced an unceremonious fall in their spin numbers. Since the previous World Cup, India have the second worst economy-rate (5.5) and the third-worst bowling average (40.4) among Test-playing nations. They are neither taking wickets nor stopping the flow of runs.

Interestingly, India’s squad in Bangladesh doesn’t possess any wrist-spin option. It is a new look spin attack in Axar Patel, Washington Sundar and Shahbaz Ahmed. They might enjoy the slow and low surfaces in Bangladesh but will face a stiff challenge from the opposition. 2019 World Cup onwards, Bangladesh have the third-best batting average against spin (42). 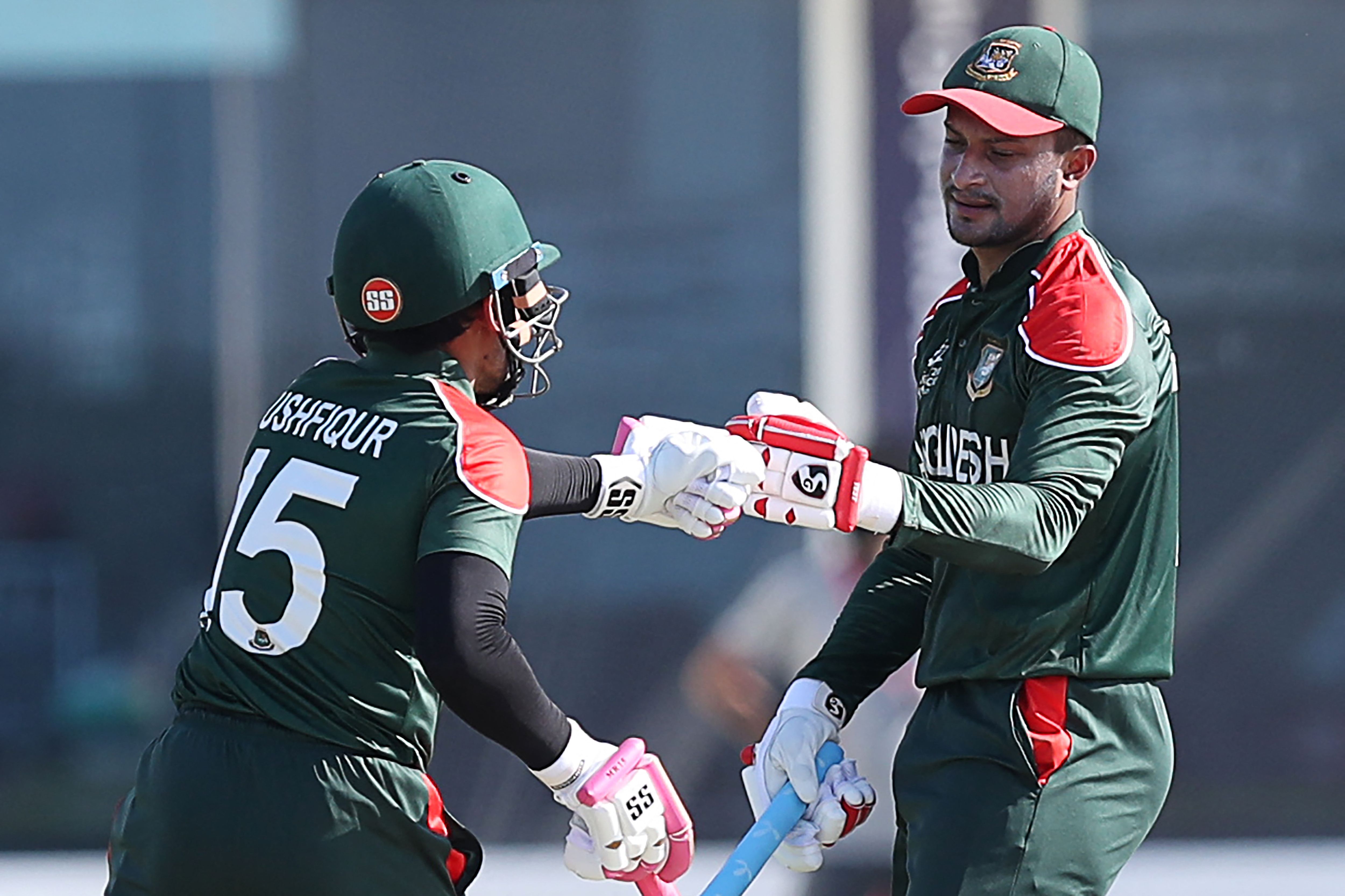 Bangladesh will miss Tamim Iqbal, their highest run-scorer in ODIs since the previous World Cup, but Shakib’s comeback will absorb that setback. Each one of Shakib, Litton Das (stand-in captain for the first time in ODIs), Mushfiqur and Mahmudullah averages above 40 against spin over the last four years.

Hence, the battle between the Bangladesh middle-order and Indian spinners could well decide the outcome of the first ODI in Dhaka.

Shakib Al Hasan is likely to bat at three on his return to ODI cricket after nine months. Ebadot Hossain, Hasan Mahmud and Mustafizur Rahman are the only three pacers in Bangladesh’s squad after Taskin Ahmed’s back injury ruled the speedster out of the first ODI.

India’s ODI squad did not have a certified number six. Therefore, someone will have to bat a little out of position to fill that void. At present, Rishabh Pant is most probable to take that spot as the wicketkeeper batsman. Washington Sundar and Axar Patel should be the two spin-bowling all-rounders. Furthermore, Deepak Chahar at number nine will take care of the batting depth. However, India will be stuck with only five bowling options again.