IPL 2020: Matches that were totally one-sided 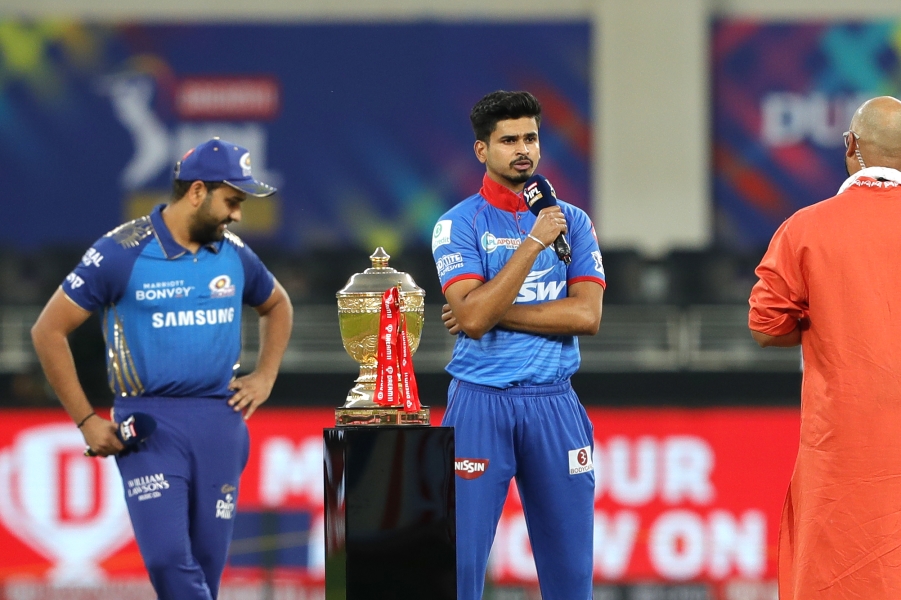 IPL 2020: Matches that were totally one-sided

Against all odds, the BCCI has managed to pull off the Indian Premier League (IPL) in UAE without any trouble whatsoever. Other than the 60 IPL matches, four Women’s T20 Challenge matches too were played, slowly turning that event into an annual fixture as well. In the end however, there could be only one winner and it was Mumbai Indians who deservedly beat Delhi Capitals by five wickets in the grand finale in Dubai.

While there were plenty of nail-biting finishes, Super Overs, teams etching out a win from the jaws of defeat, there were also some games which showed yawing gaps between the two sides on the day.

We look back at five such games here:

KXIP vs RCB, Match 6, Dubai: It was among the first of many KL Rahul master-classes this season. This time it was Royal Challengers Bangalore (RCB) who were at the receiving end as Rahul mercilessly smashed the bowlers to all parts smashing an unbeaten 132 off 69 as Kings XI Punjab (KXIP) went on to post 206 for 3. RCB, who have a strong top-order were reduced to 4 for 3, which also included the wicket of Virat Kohli. 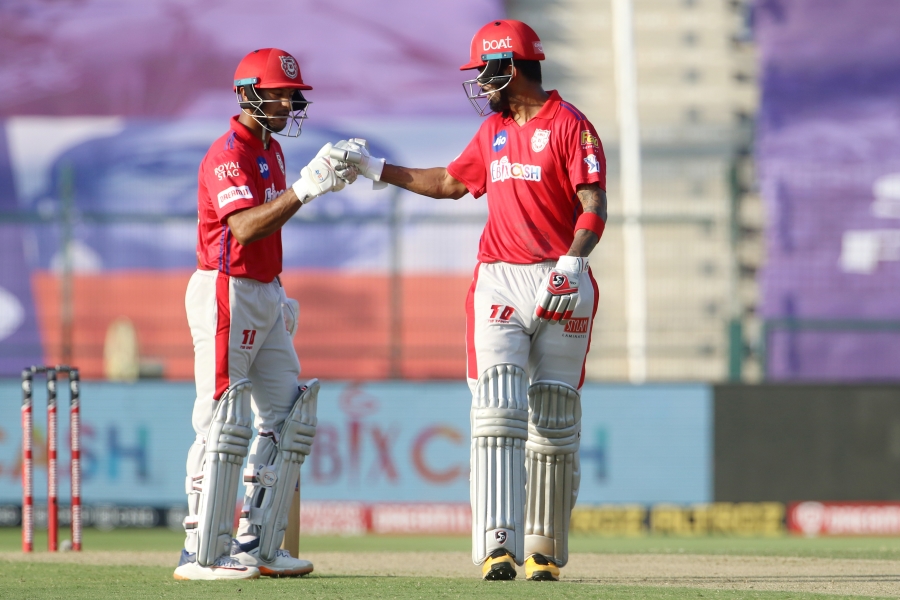 AB de Villiers and Washington Sundar tried to salvage some pride, but the bowlers were clinical enough to ensure that RCB did not have a whiff, securing a 97-run victory – the biggest margin of victory in IPL 2020 – and a much-needed one that Punjab needed who were robbed of a victory against Delhi Capitals (DC) in their first match. This win over RCB would turn out to be their only win in their first seven matches.

SRH vs KXIP, Match 22, Dubai: It looked like David Warner and Jonny Bairstow were back to their very best after putting on 160 for the first wicket in 15 overs against KXIP, who fought back extremely well in the death and let their opponents add just 41 in the final five overs. That’s as good as things got for KXIP as SRH bowlers were clinical, picking up wickets at regular intervals to ensure KXIP never got into the game. In doing so, they not just won by 69 runs, but also wrapped things up inside 17 overs to give them their third win of the season.

This was Warner and Bairstow’s fifth 100-run stand and the second highest overall, after their mammoth 185 against Bangalore last year, which was also an IPL record for the best opening wicket partnership. 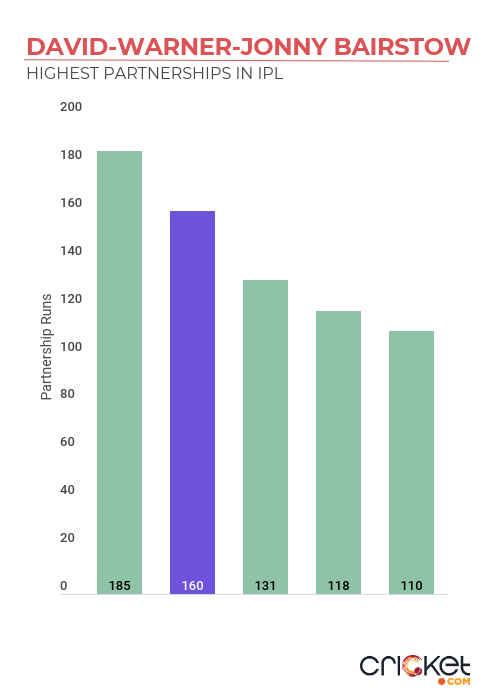 KKR vs RCB, Match 39, Abu Dhabi: RCB were in excellent form going into this match having won six out of their nine matches, while KKR huffed and puffed their way to five wins in nine matches. Less than 10 days before this match, they were reduced to an 82-run loss against RCB in Sharjah and now, they had to set the record straight. However, that is not what happened as Mohammed Siraj ripped through the KKR top-order to finish with 3 for 8 in his four overs. KKR managed just 17 runs in their Powerplay, which was their lowest in the IPL. At 17 for 4 in six overs, the game was lost right there and despite a valiant 30 from Eoin Morgan, KKR managed to put on just 84 for 8 on the board, which RCB chased down with eight wickets and 39 balls to spare. Needless to say, KKR had a day to forget.

CSK vs MI, Match 41, Sharjah: The Sharjah Cricket Stadium had been witness a few high-scoring matches IPL 2020, but it turned out to be a disastrous one for three-time champions CSK. CSK had lost four wickets inside three overs and were staring down the barrel from thereon, thanks to menacing spells from Trent Boult and Jasprit Bumrah. Sam Curran’s 52 salvaged some pride in the end as CSK posted 114 for 9. 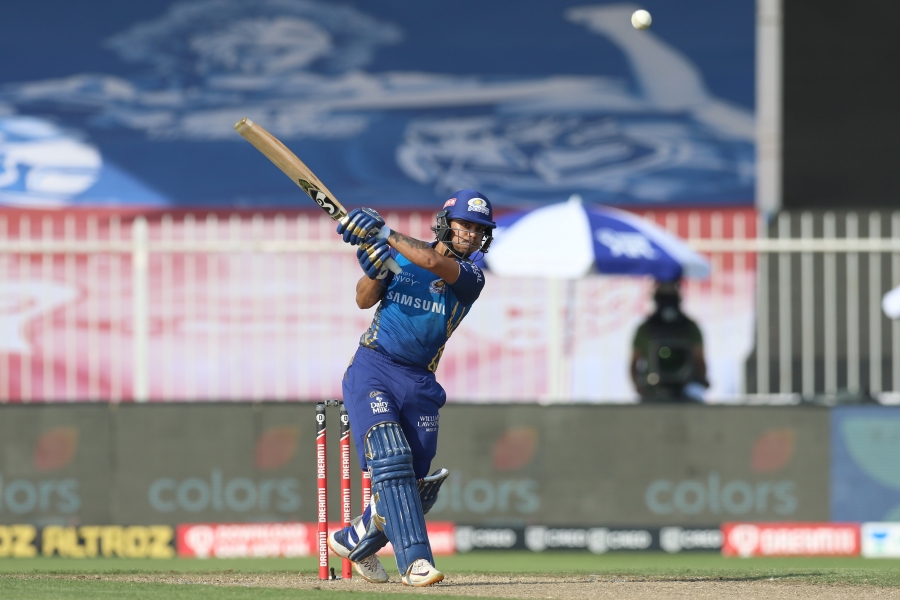 In the absence of Rohit Sharma, it was Ishan Kishan (68*) who opened alongside Quinton de Kock (46*) for MI. The pair took MI home in 12.2 overs, avenging the defeat MI had suffered at the hands of CSK in the first match of the season.

MI vs DC, Qualifier 1, Dubai: In a game where the stakes were high, DC were clearly not up to the mark as they succumbed to a 57-run defeat at the hands of MI. Chasing 201, DC were reduced to 20 for 4, with their top three dismissed for a duck. Marcus Stoinis (65) and Axar Patel (42) gave the team a bit of respectability with a 71-run stand, but that was not enough as DC, who had lost half their side with just 41 runs on the board went down, giving Mumbai a direct ticket to the final. After being put into bat, MI put in a strong performance with fifties from Suryakumar Yadav and Ishan Kishan. Hardik Pandya then smacked five sixes in the end to add a cherry on top after which Boult and Bumrah took over picking up six wickets between them.