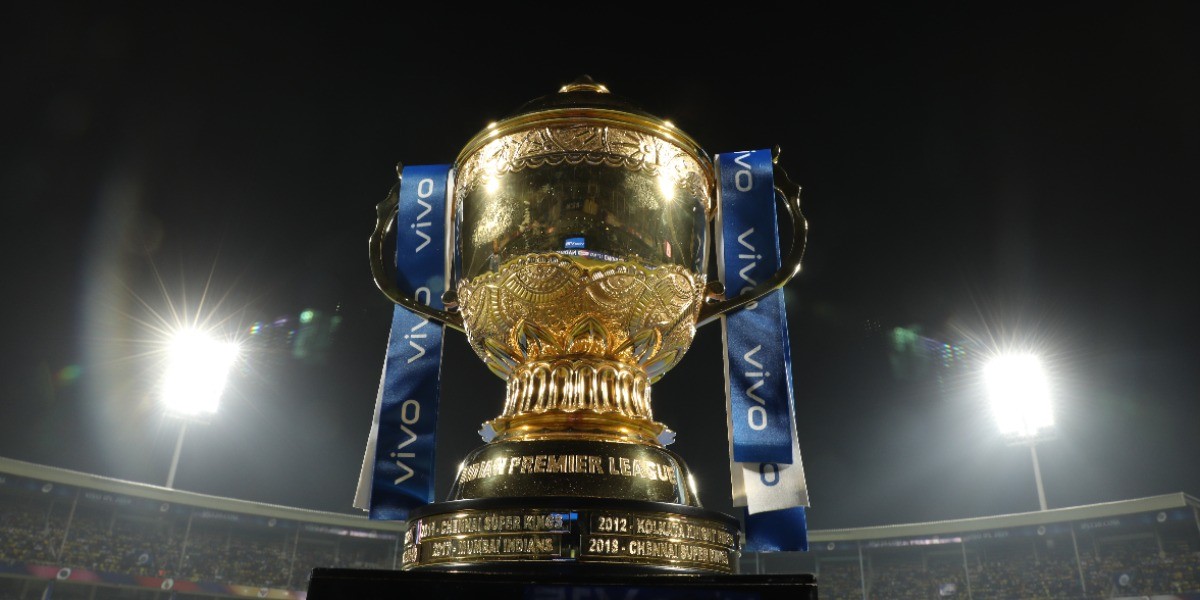 IPL 2021 came to a halt at around the halfway mark. Each team played at least seven games while Delhi and Punjab have played eight.

After 29 games, Delhi, Chennai and Bangalore have flown ahead of the pack and already have one foot in the playoffs. At the time of interruption, the others were fighting for the one spot available at number four which currently belongs to the Mumbai Indians.

Here is a rundown of where does each side stand:

After finishing runners-up in IPL 2020, Delhi Capitals were a further improvement in 2021. With six wins, they are at the top spot as of now but have played a game extra than others in the top half. The biggest positive for Delhi this season has been the form of their openers. Shikhar Dhawan continued from where he left off in the last IPL while Prithvi Shaw was at his best in the season. He was also the number one ranked batsman at the halfway mark in our rankings.

In the middle-order, Rishabh Pant and Shimron Hetmyer were in decent form while Marcus Stoinis did not have much to do. With the ball, Avesh Khan was a find and is currently the joint second-highest wicket-taker with 14 scalps. His economy of 7.7 is the best after Jasprit Bumrah (7.1) and Mohammed Siraj (7.3) among pacers with 20+ overs in the competition. Delhi would hope that he has recovered from the finger injury in England well in time before the IPL.

Coming back after recovering from COVID, Axar Patel provided them with the balance that did not let them miss Ravichandran Ashwin a lot. Ashwin will be available for the rest of the season in UAE.

Two concerns for them in the first half was the form of Kagiso Rabada and the role of Steve Smith. But, Shreyas Iyer has recovered from the shoulder injury and will likely take Smith’s spot. This will allow them to play Anrich Nortje who was among the top-five wicket-takers in the IPL last year.

They need two more wins to assure a playoff spot, but their eyes would be on the top-2. In the first half, they were the only side to have competed in all games, even in the ones they lost. They would want more of the same.

In the suspended season, the difference between the collective strike rate of CSK batsmen and that of the next best team was 12.7. That is how extraordinary Chennai were with the bat. They did so by rejigging their batting order which allowed the free-stroking players like Moeen Ali more freedom to play their strokes. They won five games on the trot and lost to Mumbai in a nail-bitter before the season came to a halt.

CSK’s focus in the first half was more to be a batting dominant unit. It would be interesting to see the approach CSK adopts when the season resumes. They need three wins in seven games to reach the magic number of 16. But they will eye the top-2 spot as well.

Bangalore began as a juggernaut with four wins on the trot. With the presence of Glenn Maxwell, their XI looked more balanced than ever before. Harshal Patel proved unplayable in the death overs with his variations on the helpful Chennai wicket. Kyle Jamieson proved to be a good addition while AB de Villiers continued to be at his genius best.

Then came a string of three games that made their fans and experts question a lot of things. Like they usually do, when Bangalore lost, they did it by a big margin, against Chennai and Punjab. In between the two, came a one-run victory against Delhi.

They have had to make most changes to their squad but have found like for like replacements. Due to a lack of Indian all-rounders, they will miss Washington Sundar the most. The route for their qualification mirrors Chennai.

Detailed Preview: Could this actually be RCB's year?

It must be demoralizing for the teams in the bottom four that their competition for the one available spot, as of now, is with Mumbai.

Mumbai struggled in their first few games on the slow surface at Chepauk, winning only two of those five games. After moving to Delhi, their batting numbers improved and with Kieron Pollard playing a match-winning knock, they ended the suspended season with the second-highest chase in IPL, against Chennai. Taking a liking to the small ground in Delhi, they comfortably beat Rajasthan as well in the game earlier.

One issue that refused to go away was wickets from their pacers. Mumbai’s pacers were the worst after those from Sunrisers on wicket-taking ability. Unlike the 2020 season, they could not nail down on a third pacer to assist Jasprit Bumrah and Trent Boult.

Another headache for Mumbai was the form of Ishan Kishan and Hardik Pandya. Kishan has scored some runs playing for India recently but Hardik continues to look off-colour.

They return back to the venue where they were triumphant last year. In order to make it to the playoffs, let alone make it to the top-2, they cannot afford to start slow like they usually do.

Detailed Preview: As always, Mumbai have all the ingredients to boss the season

Despite losing two of their most important players in Jofra Archer and Ben Stokes, Rajasthan Royals were able to keep their hopes alive. Chris Morris is the second-highest wicket-taker in the tournament so far. With the bat, he won them a game against Delhi early on. Collectively, their pacers were the most economical.

The biggest issue for them was at the top of the order with the bat. They scored runs at a pace slower than most others and lost wickets most frequently. Jos Buttler was back among the runs after his first T20 hundred in their last game but has no more part to play this season.

With a lot of churn and the addition of untested players at the IPL level, the situation for Rajasthan is dire than all other teams. Especially considering that they need five more wins in their remaining seven games to reach the safe haven of 16 points.

Detailed Preview: Rajasthan 2.0 have the potential but with little breathing space

Punjab Kings struggled to find their best XI. After earning their third win in their seventh game against Bangalore, Punjab were in the reckoning for the playoff spot. But, the equation became difficult after their loss to Delhi in what was the last game before suspension.

Their biggest issue was identifying an approach up top while setting up a target. Their run-rate of 6.9 in Powerplay was the lowest. They had the three lowest first-innings scores against their name, one each at each of the three venues they have played at.

The Punjab spinners have done a good job with an economy of 7.1. But, along with Sunrisers, they have looked tactically the weakest unit, pushing players to bat out of position or not playing five proper bowlers at times. They need to win five of the six remaining games to stand a chance to qualify. For that, they need to sort their best XI from the get-go.

Detailed Preview: Shift in countries a welcome change as Punjab aim to do the unthinkable

Among the sides in the bottom half of the table, Kolkata Knight Riders were unique. Despite being one of the most underwhelming teams of the tournament, they fielded only 14 different players in seven games. Only Chennai Super Kings played fewer (13).

Losing a wicket every 17.4 balls, Kolkata batsmen were least consistent in IPL 2020. At the halfway mark this year, that number is down to 16. Batting was not the only issue for a side reeling at the seventh spot. With an economy of 9.1, their pacers were the most expensive while their spinners, with a balls per wicket record of 30.5 were second-worst after Rajasthan (81).

A frustrated Brendon McCullum, KKR’s head coach, exclaimed after their loss against Delhi “If you can’t change a man, change the man”. But with minimum action during the auction this year, Kolkata did not have a lot to choose from. Needing six wins in seven games, Kolkata have an uphill task.

The Sunrisers have made it to the playoffs every year since 2016. However, their campaign did not take flight this season. Plagued by injuries early on, they lost the services of T Natarajan after two games. While Bhuvneshwar Kumar missed out two games as well.

But, the biggest issue for the Hyderabad franchise came up top. David Warner was not 100% fit and was not at his explosive best in this season. To accommodate an all-rounder – which they desperately needed for balance – Sunrisers relieved Warner off his captaincy duty and handed the baton to Kane Williamson.

Playing their first five games in Chennai did not allow their rookie middle-order to get among the runs. While Delhi proved to be a nightmare for their renowned bowling attack. With 38.7 balls per wicket, their pacers were a distant worst. 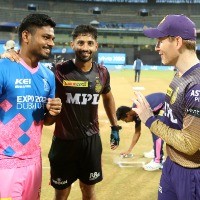 OPINION
Only Kolkata and Rajasthan have destiny in their own hands
IPL 2021 Qualification Scenario: The game between Mumbai and Rajasthan is a virtual knockout for both sides 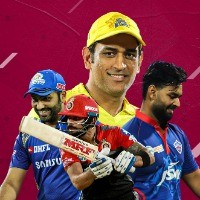 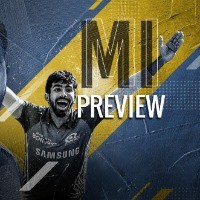 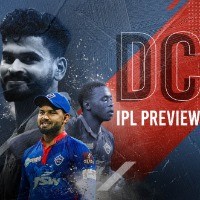