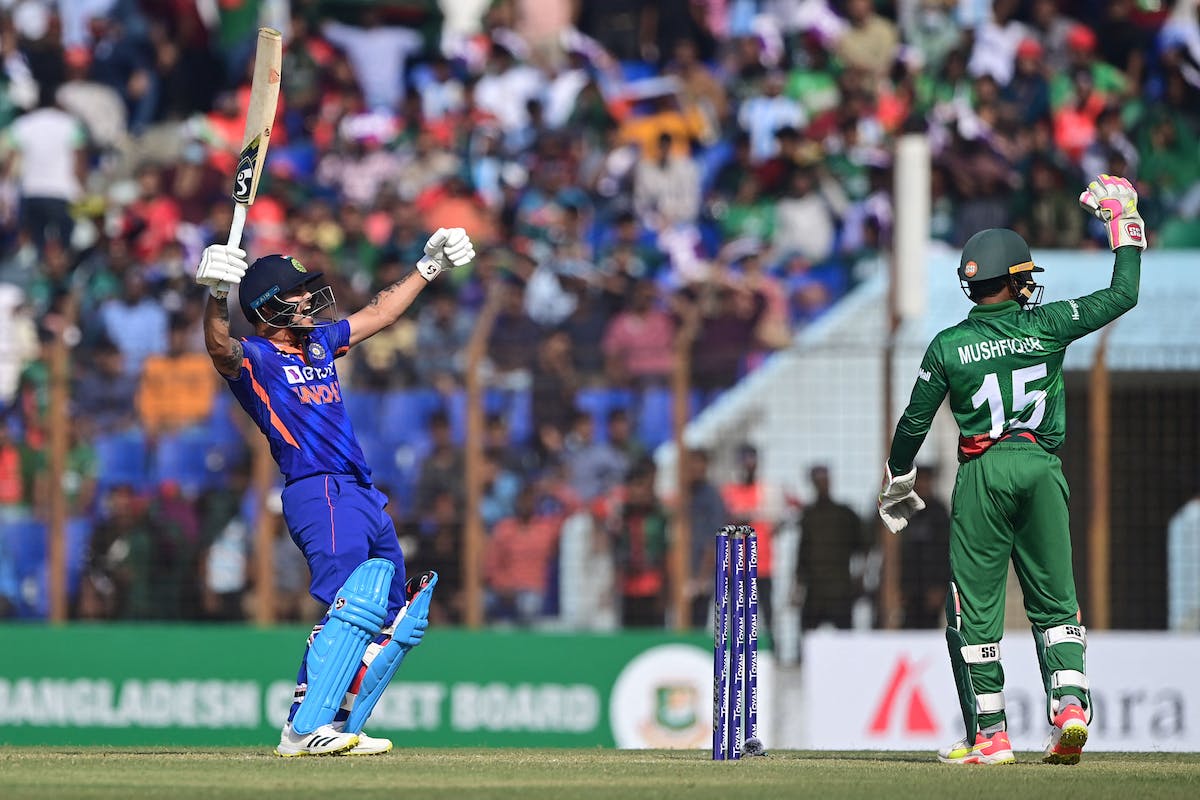 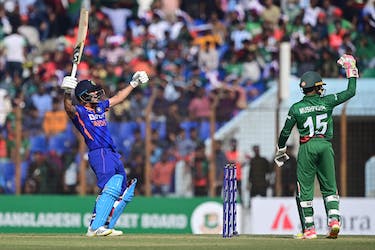 Bangladesh’s spirit is crying for leaving, there’s a sign on the wall

If you are genuinely impressed, save them for later. Ishan Kishan is a show on its own, a blockbuster that none of the theatres in the country can afford to show. 156 runs out of the 210 came via boundaries, with 34 boundaries. That’s nearly 74% of the runs in just boundaries. 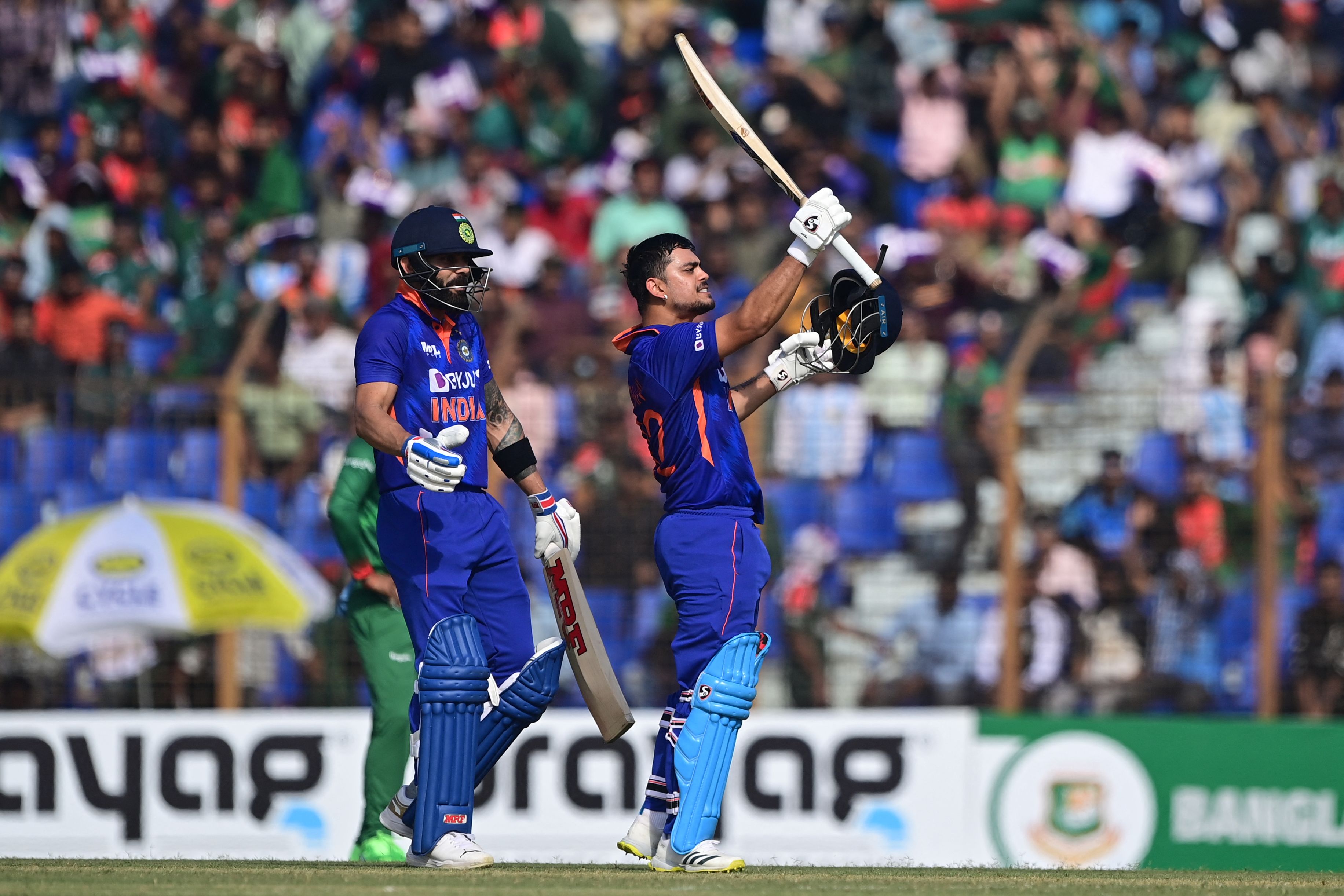 In a year where Indian cricket in the white-ball format has been at an all-time lull, where the top-three is perhaps on the verge of a revamp, there exists a spark like Kishan, who weaves a magic around the crowd.

"Had a chat with Surya bhai. He said when you bat before the game, you see the ball well. I didn't take too much pressure on myself. Just wanted to make use of the opportunity,” he added.

The crowd knew that it was a dead rubber but what they were served was perhaps the liveliest thing of the series, it was an innings of a lifetime, or was it? You know the issue with modern-day cricket, right? There is so much cricket that recency bias is not a created concept.

For at least the next few years, the 210 from the southpaw will be heralded as one of the best innings in this decade. Or, are we right in saying that? The audacity of the innings is such that maybe we will have to wait for more years before we can see someone, or maybe even Kishan bettering his own record.

Different surfaces but the point is, if India are to compete with the big dogs, if India are looking to move away from the safety first, hit later approach, they will need more than names, they will need guts. In that innings which lasted 131 deliveries, 169 minutes, it showed you what the left-hander had to offer: the big-dog mentality.

On Friday (December 9), five-time World champions Brazil were knocked at the quarter-final stage by Croatia, a team that no one possibly would have predicted to beat Brazil. Why is that relevant? Kishan is possibly one of the biggest Brazilian fans in this Indian setup. A night after they went home, Kishan was busy here showing all that anger on the Bangladesh team.

It is one of those innings where everything that came his way either landed in the third tier or on the road, and nothing in between.

The crazy part is not the double hundred, or the fact that he had over 100 strike-rate against five out of the six bowlers. It is not that he was the fastest to 150 by an Indian in ODI history. Not even the fact that it is the highest score for a left-handed batter from India. Not even that is the most runs scored by an individual batter in Bangladesh.

He’s not even the youngest Indian to score 150 in ODIs but how if he wanted, a 300 was always around the corner. It is that scary sight of how he threw the bowlers into the tub like a laundromat is what was threatening.

Kishan’s heroics is only behind Shane Watson, in terms of most runs scored in the first 30 overs of an innings, at 179. When he got to his double-century, the fourth Indian to get there, it was off 126 deliveries, the fastest for any batter who has scored 200 runs.

If Virat Kohli’s innings served as a reminder to what he still has to offer for the national team, Kishan’s innings serves a larger purpose in the Indian cricket life, a reminder that this approach is quite sustainable, and they have the leads to sharpen their craft.

Prior to this, Kishan had shown his prowess multiple times, including against Sri Lanka and South Africa, where he whacked the leather out of multiple venues. But in Chattogram, he reinvigorated the Indian setup in such a way that Bangladesh were lost for words.

At 143/6, Bangladesh needed a miracle. But India were happy because that miracle that Bangladesh needed was on their side. Kishan may not like Messi but he is certainly the Messiah that India needed, in the format where there was an utmost need for an injection.

Injection for pace, youth and exuberance. Kishan fills in that and more. On a day where a 35-year-old showed the world that he is not yet done yet, there was the 24-year-old showing India and the selectors he is just getting started. 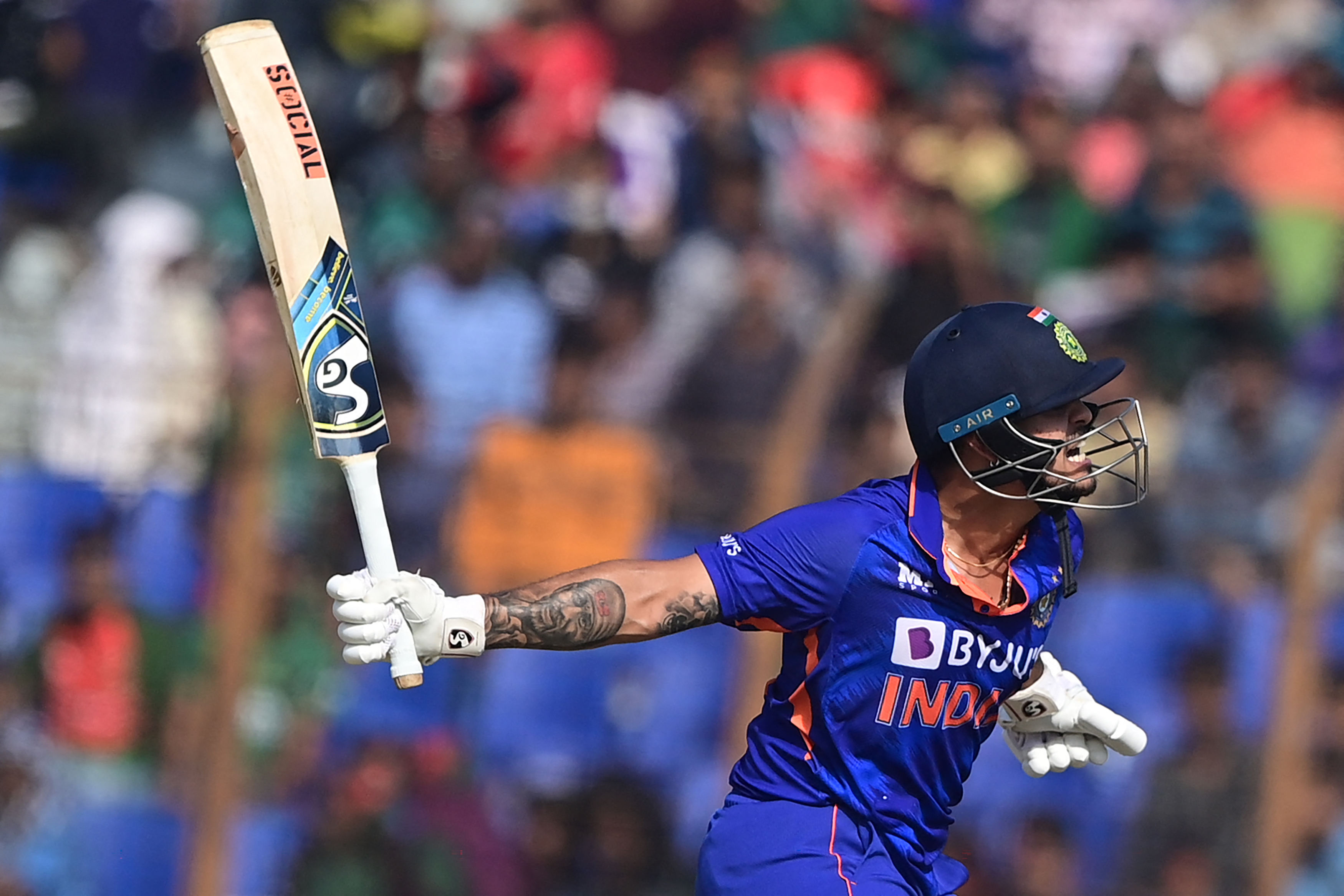 The Jharkhand batter might not even make the squad for the upcoming ODI World Cup but his innings has shown the team one thing very vivid and clear: the approach has to change for the good, if they are going to win the World Cup.

If the ball is there, I will go for the shot was Kishan’s mantra but by the looks of it, maybe even if the ball wasn’t there, he went for it. And that kids, was one hell of a knock.

Three years down the line, Kishan might have achieved greater heights but the double-hundred, the celebration, the way Kohli celebrated his success will always be etched in the echelons of Indian cricket.