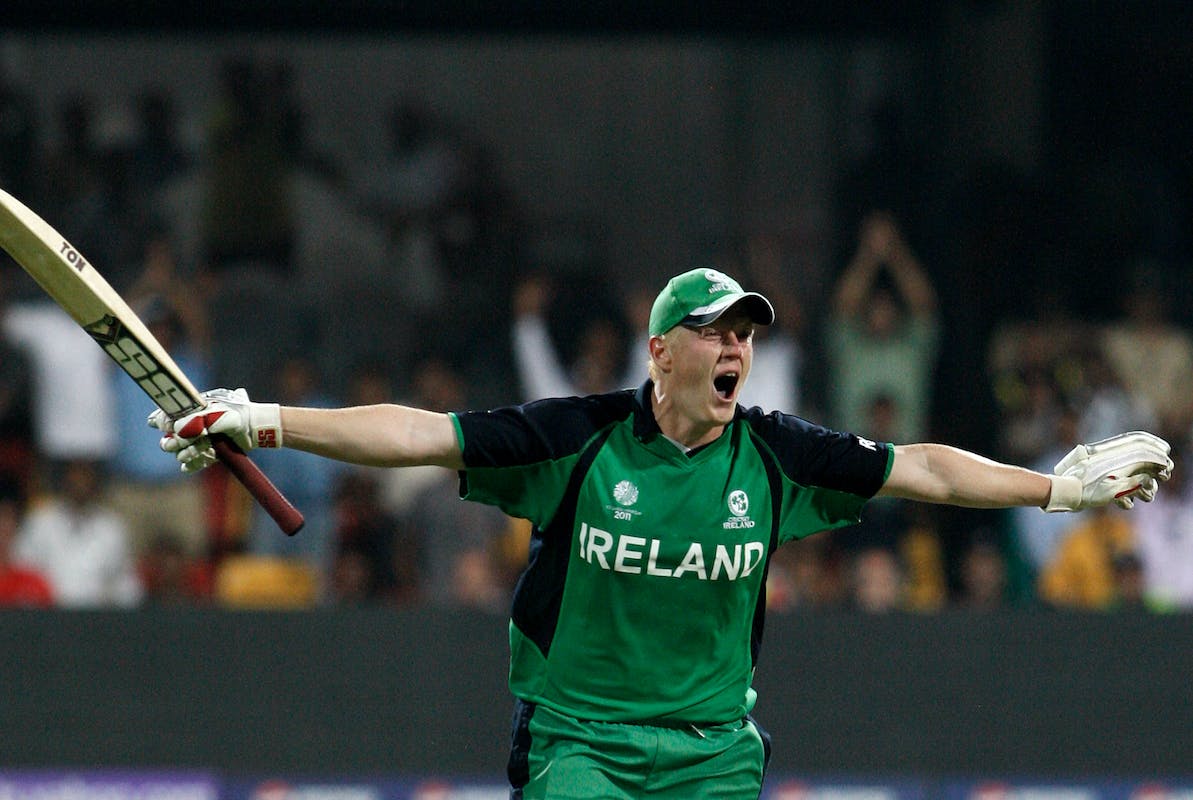 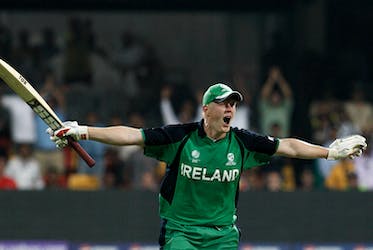 Kevin O’Brien, in simpler words, was at the forefront of Ireland making its foray into the big bad world and saw its dream of being a full member fulfilling

There have been many monumental World Cup innings but somehow, the audacity with which Kevin O’Brien took on the English bowlers at the M. Chinnaswamy Stadium that night takes the cake. Not least because it was the fight of David vs Goliath, with David providing the onlookers with a happy ending, but also for the fact that no World Cup innings provided as much clarity in messaging since Kapil Dev’s 175 in the 1983 World Cup. O’ Brien was chutzpah in clean words.

From smashing James Anderson to smithereens to almost denting Stuart Broad’s confidence within the space of an over, he left an indelible mark in that game - something England fans would never forget. When Pakistan came calling to Malahide for Ireland’s first-ever Test match in 2018, it was Kevin, who once again, stood tall to become Ireland’s first-ever Test centurion. Talk about seizing moments!

While we celebrate Kevin O’Brien for those two amazing innings, what often gets overlooked is his contribution in the 2007 World Cup win over Pakistan on St Patrick's Day. It was his brother Niall, who stole the show with an effervescent 72 but Ireland needed someone to hold the fort at the other end to help out Trent Johnston in their pursuit of 133 runs. Kevin played out 52 balls for his 16 runs to ensure Ireland made history and qualified for the next round in a historic fashion.

"It's hard to put into words the impact that Kevin has had on our game in Ireland,” Andrew White, chair of Cricket Ireland's national men's selectors, noted, in his statement. “Through all the amazing and defining moments over the last 16 years he played an integral part and on plenty of occasions… the lead role! Getting us over the line with Trent [Johnston] in Jamaica in 2007 often gets overlooked in the list of his great moments, but as we know it paved the way. Much will be said about Bangalore and his Test Match hundred against Pakistan… and so it should - but again words will struggle to do it justice. They are etched in the history books forever.”

Not many Irish cricketers to this point have achieved more than what Kevin O’Brien has. Not even his elder brother Niall O’Brien. Not even Trent Johnston. Not William Porterfield. Someone may go on to break his record of most-capped cricketer or even have a more successful career, but they would be following in the footsteps of the Dublin all-rounder.

Kevin O’Brien, in simpler words, was at the forefront of Ireland making its foray into the big bad world and saw its dream of being a full member fulfilling. Hence, his retirement comes as a kicker. It tells you that this is truly an end of the era - a defining period in Ireland's cricket history that would always be remembered fondly by every witness. And the people, who have seen his progress, up close have nothing but great things to say about the man with a candid clamor. Those words go beyond the platitudes.

"I was very lucky to play with not only one of Ireland's greatest sportspeople, but also a very good friend who was always there to support me from my first cap to when I became captain,” Ireland skipper Andy Balbirnie said in a statement. “Cricket in this country owes a lot to what Kev achieved on and off the field and has left the game in a better place. Everyone in the team wishes nothing but the best going forward for Kev in his coaching career.”

Richard Holdsworth, High Performance Director for Cricket Ireland, said, “I’ve been fortunate to be able to have been there and watched some of Kevin’s best moments in an Irish shirt – undoubtedly he will get the plaudits for the best known innings that we all celebrated, but it was often the little moments, the great catch, the timely wicket or the vital runs or partnerships that made him the complete team player and marks him as a true great of Irish cricket.”

It was the essence of Kevin’s stint with Ireland cricket. For over 15 years, he was the genie that kept on giving. A burning mettle to show the world that if you have the will, you’ll find the way.