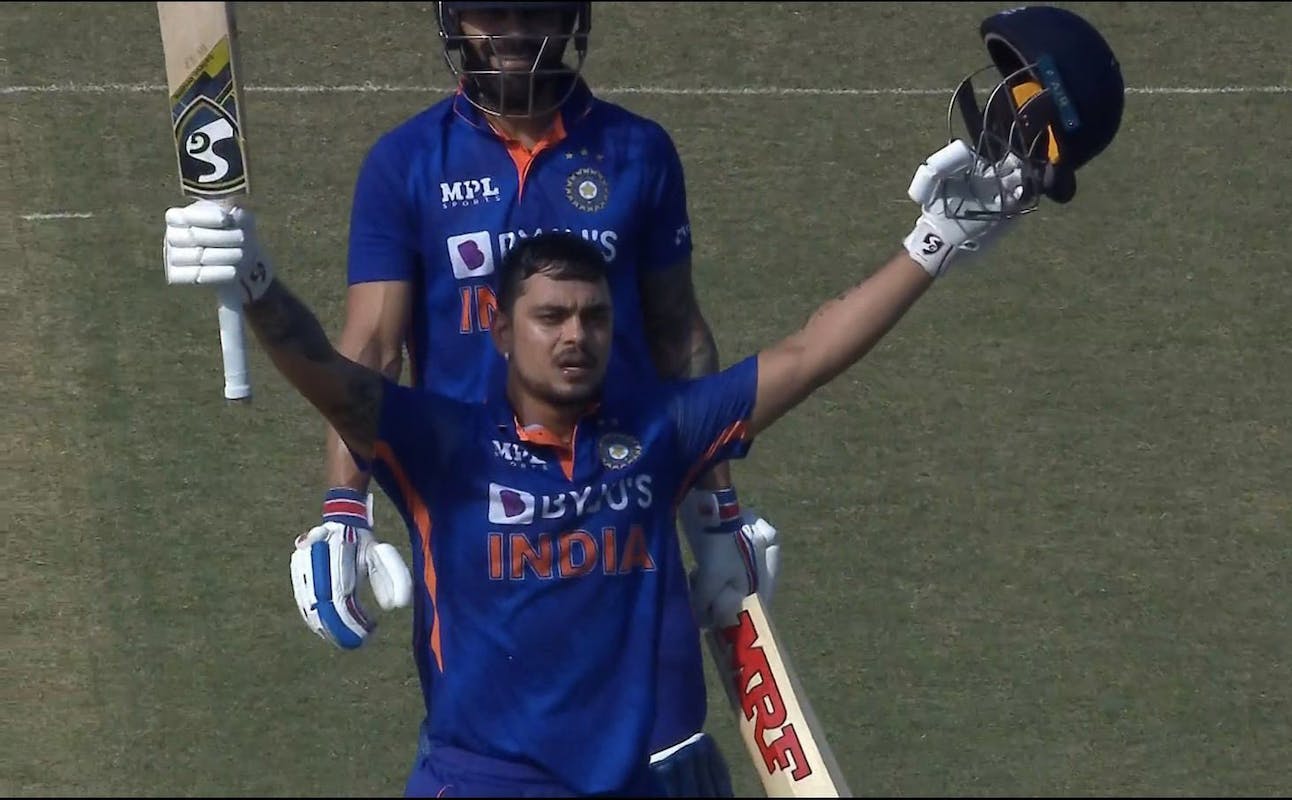 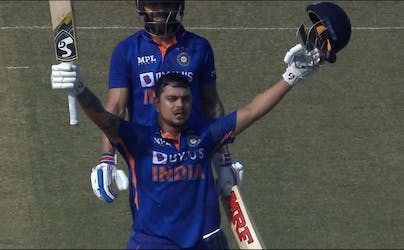 India's wicketkeeper-batter Ishan Kishan leapfrogged 117 places to 37th in the latest ICC ODI batting rankings following his record-breaking 210 against Bangladesh in the third ODI at Chattogram.

Kishan, who hit the fastest double century in ODI history in his ninth appearance, broke into the top-100 for the first time. Virat Kohli, who went past Ricky Ponting's tally of international hundreds by scoring his 72nd ton in the same match, moved up by two places to eighth in the latest rankings updated on Wednesday.

Middle-order batter Shreyas Iyer moved up from 20th to 15th following his 82 in the second ODI which India lost by five runs. Bangladesh allrounders Shakib Al Hasan and Mehidy Hasan Miraz also made gains. Shakib claimed nine wickets in the series which Bangladesh won 2-1 at an average of 15.88. Mehidy, who starred in the second match with an unbeaten 100 off 83 balls and also claimed 2-46, moved to third among ODI allrounders.

Among Test batters, Australia's Marnus Labuschagne consolidated his No.1 ranking with a knock of 163 in the first innings of the second Test against West Indies in Adelaide. Labuschagne, who overtook England's Joe Root, to reclaim the No.1 spot last week, has gained a career-best 937 rating points.

Left-hander Travis Head also moved up seven places to sixth among batters following his scintillating knock of 175 in the same match as Australia wrapped up the series 2-0 with 419-run win.

England's series triumph over Pakistan also saw a host of their players improve up the rankings this week, with youngster Harry Brook moving up 15 places on the Test batter rankings to 55th overall after his century in the second innings and Player of the Match performance in Multan.

Robinson improves two places to sixth overall, while Wood moves up eight spots to equal 34th following his six-wickets for the match in Multan.