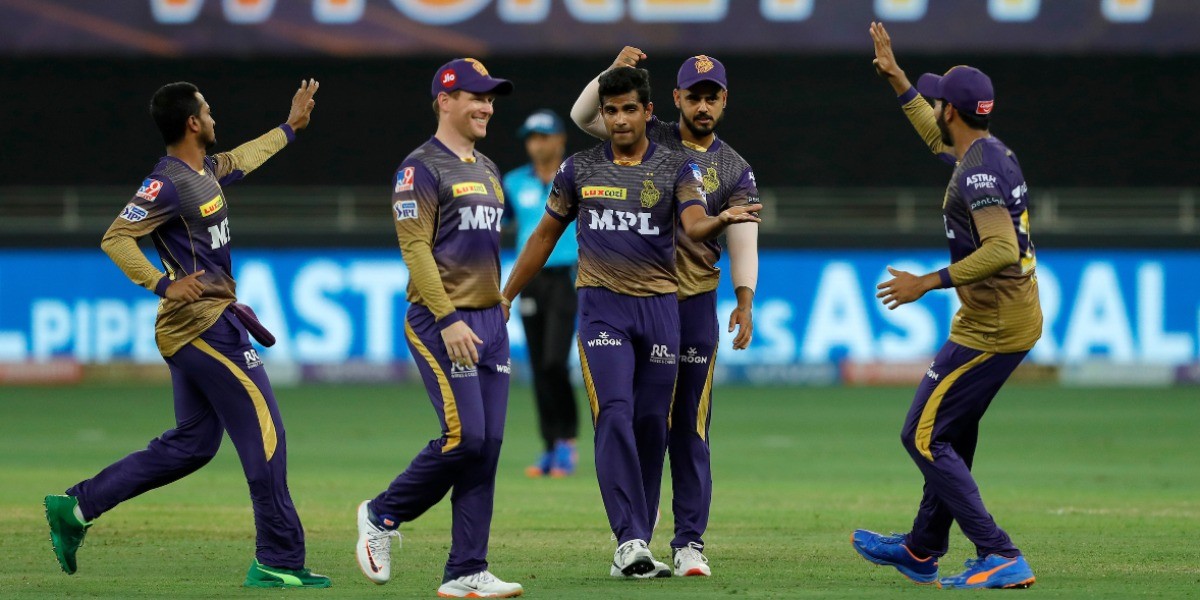 "A brand new surface" has provided the biggest illusion in the UAE leg of IPL 2021. The last three games provide a perfect case study. They have been played at the three different venues that are being used for this leg. All of them had a new pitch and raised the hopes for a high-scoring game. Those hopes have been answered to some degree.

Abu Dhabi, last night, had the highest first innings score of this leg. It was chased down in the second innings. Sharjah, the afternoon game of the Sunday double-header (October 3), saw a captain win the toss and opt to bat. Virat Kohli’s Bangalore posted 164 batting first. Punjab came within 7 runs of chasing it down. The aggregate scored was the highest in the last few games at the venue.

In Dubai, however, the hopes did not materialize. Sunrisers Hyderabad skipper, Kane Williamson, was rather tricked into opting to bat after winnings the toss. It was a new pitch but it was not a better pitch. It was not a 180 kind of pitch by any means but it was certainly not a 115 pitch either, the score Hyderabad settled for after another ordinary batting display.

Kolkata Knight Riders appeared to make a meal of the chase in the middle-overs but eventually held on to their nerves, thanks to Shubman Gill, to keep their chances of a Playoff qualification bright. With 12 points in 13 games and the only team with a positive net run-rate amongst those at three in the points table or below, they are now the prime contenders for the fourth Playoff spot.

Everything that could have gone wrong with Hyderabad’s batting has eventually gone wrong. David Warner not clicking was the prime signal and things have gone further south in UAE.

In the previous matches, at least one of their top three was putting some runs, even though at a slower rate. Tonight was a dreaded night with none of them doing anything noteworthy. Wriddhiman Saha was out first ball. Jason Roy looked anxious in his 13-ball 10. Kane Williamson appeared to be the savior when he struck Shivam Mavi for three fours in the sixth over. But, the ice cool captain committed a suicidal run in the next over to confirm a sorrowful night for Hyderabad. 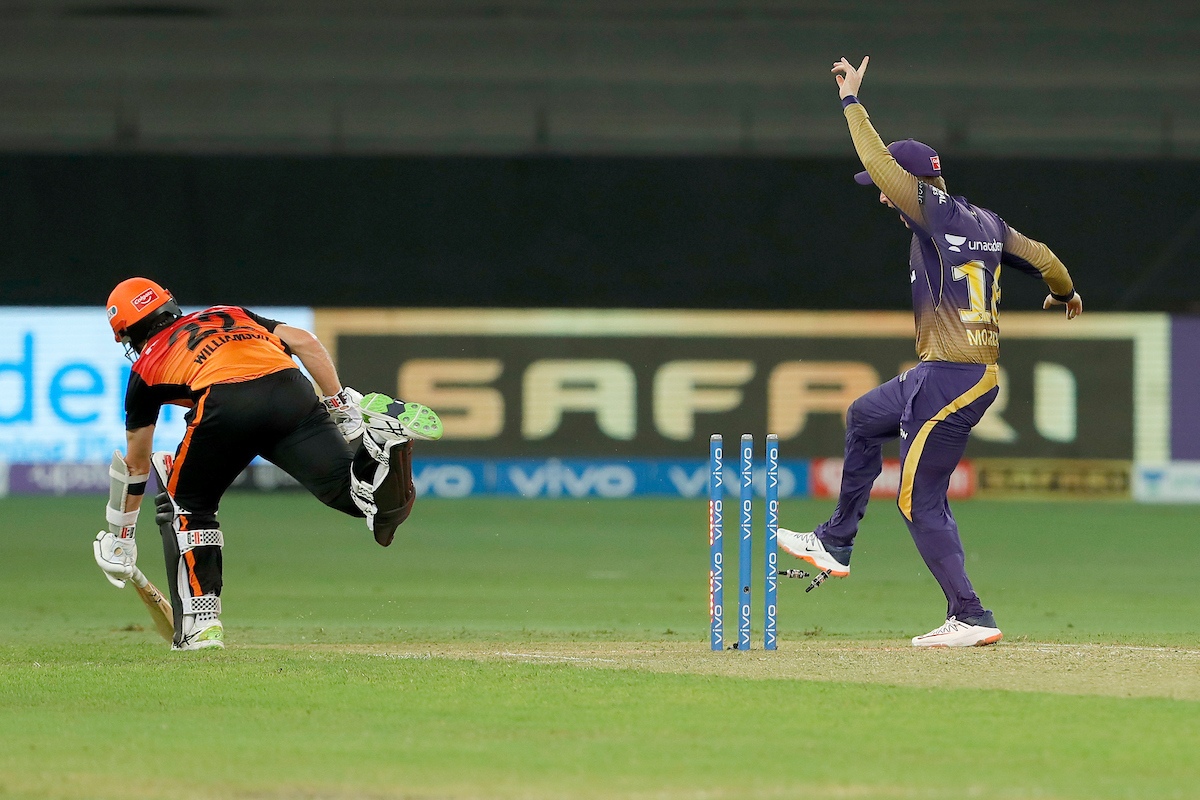 Williamson tucked Shakib Al Hasan in the on-side and called Priyam Garg for a run. However, there was no chance since the ball travelled several meters down the pitch towards Shakib. The Bangladeshi all-rounder sprinted to the ball, turned around and scored a direct-hit to find Williamson short. A brilliant effort by Shakib, it was also a foolish call from Williamson to risk his prized wicket for a solitary run.

Hyderabad never recovered. Their highest partnership post Williamson’s departure was only 19 runs between Garg and Abdul Samad. The duo struck a few sixes but no one resisted long enough for Hyderabad to go beyond 115.

KKR get their combination right

Taking field with only four specialist bowlers in the previous match, Kolkata corrected their Playing XI, replacing Tim Seifert with Shakib Al Hasan. The move paid dividends in such quantity that Eoin Morgan might himself wonder what was he thinking two nights ago.

Shakib delivered his four overs for only 20 runs along side affecting the run out of Williamson and picking Abhishek Sharma. Such was his control that Morgan gave Venkatesh Iyer’s arm a rest day. Overall, Kolkata bowled 12 overs of spin which allowed Hyderabad only 58 runs at the cost of three wickets. Sunil Narine’s figures read 4-0-12-0. It reduced pressure from the two pacers - Mavi and Tim Southee.

Stuck in the middle

At 36 for 1 at the end of the Powerplay in a small run chase, Kolkata were still ahead. Going into the next phase of the innings, they were expected to race home. However, Hyderabad inflicted an unexpected squeeze. In the four overs immediately after the Powerplay, they conceded only 8 runs, exactly 2 runs every over.

Once again, the pitch did not slow down. It was a mixture of some wily bowling, debutant Umran Malik’s pace, Nitish Rana’s travails and too many balls hit straight to the fielder.

Malik, drafted in as a replacement player, made headline on his IPL debut. On the third ball of his first over, he clocked 150 kph, the fastest delivery in the season by an Indian bowler. In his second over, Rana struggled to put bat to ball, trying to get the ball off the square for five balls in a row. The 2 runs that came off this over were off wides.

Earlier, Rashid Khan dismissed Rahul Tripathi in the seventh over. Siddarth Kaul was on the money in his two-over spell that allowed only 4 runs.

The run-rate stepped up to 7.2. Even the first five balls of the 11th over brought only 3 runs. But then, Gill broke the shackles.

Having struggled to get going this season, Gill produced the knock you expect from a batsman of his caliber. He not only kept his calm but also broke the shackles so well that it ended the contest effectively, at least for as long as he was there.

His boundary off the last ball of the 11th over against Rashid opened the gates for Kolkata. There were five boundaries in total in three overs between over 11 and 13, all by Gill. All of them were in the mid-wicket and square-leg region. Four of them were brought by dancing down the track, thrice to the pacers, and there were three sublime pull strokes. That remained the USP of Gill’s innings. The strike-rate in that region tells the story of strokeplay in that region. 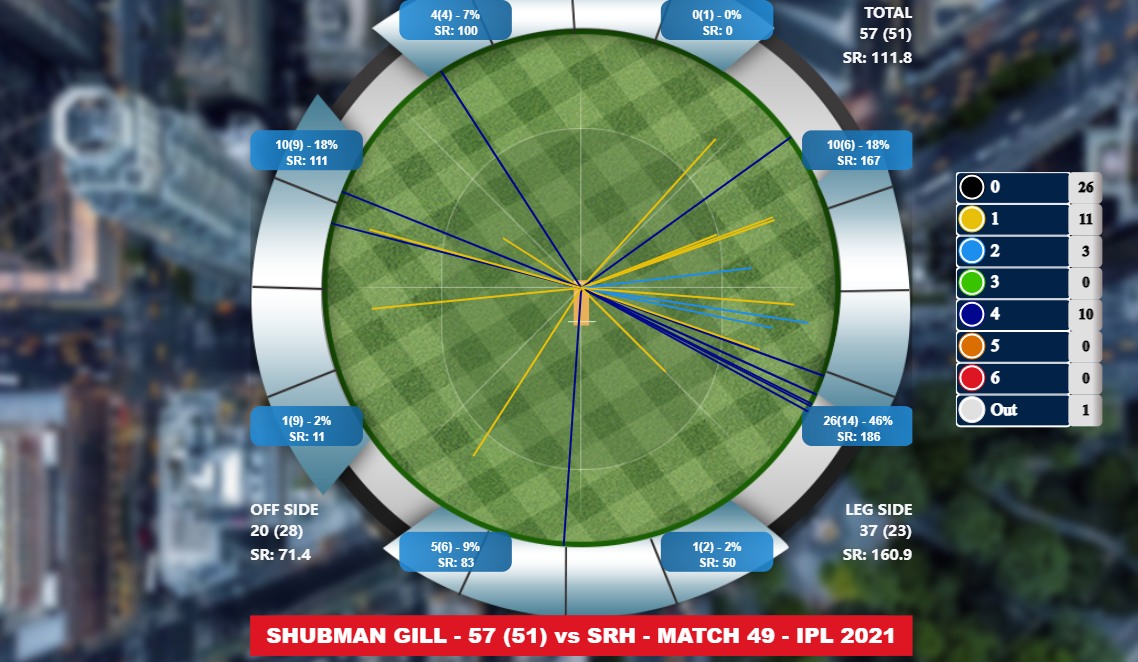 Gill moved from 25 off 30 balls to 48 off 38 balls while Rana was stuck on 7 off 20. Gill eventually reached his first fifty of the season in 44 balls. When he got out for 57 off 51 balls, the deficit read 23 off 21 balls. Punjab’s 2-run defeat at the hands of Rajasthan have kept us open to all probabilities. Hyderabad had a chance. But alas, every time they took the asking rate to 6 and threatened to choke Kolkata, they conceded an easy boundary. It happened thrice after Gill’s departure.

Ultimately, it was another boundary that took Kolkata home, with two balls to spare. The finishing touch came from Dinesh Karthik’s bat who scored a breezy 18 off 12 balls, making the pitch look like a placid track with his pristine timing. 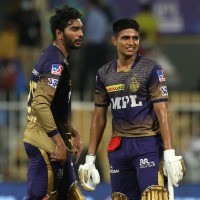 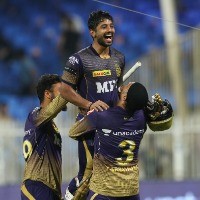 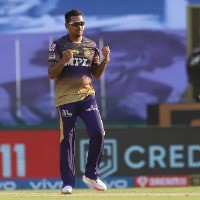 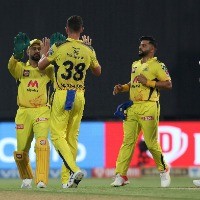 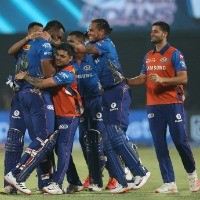 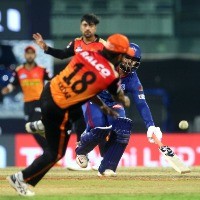