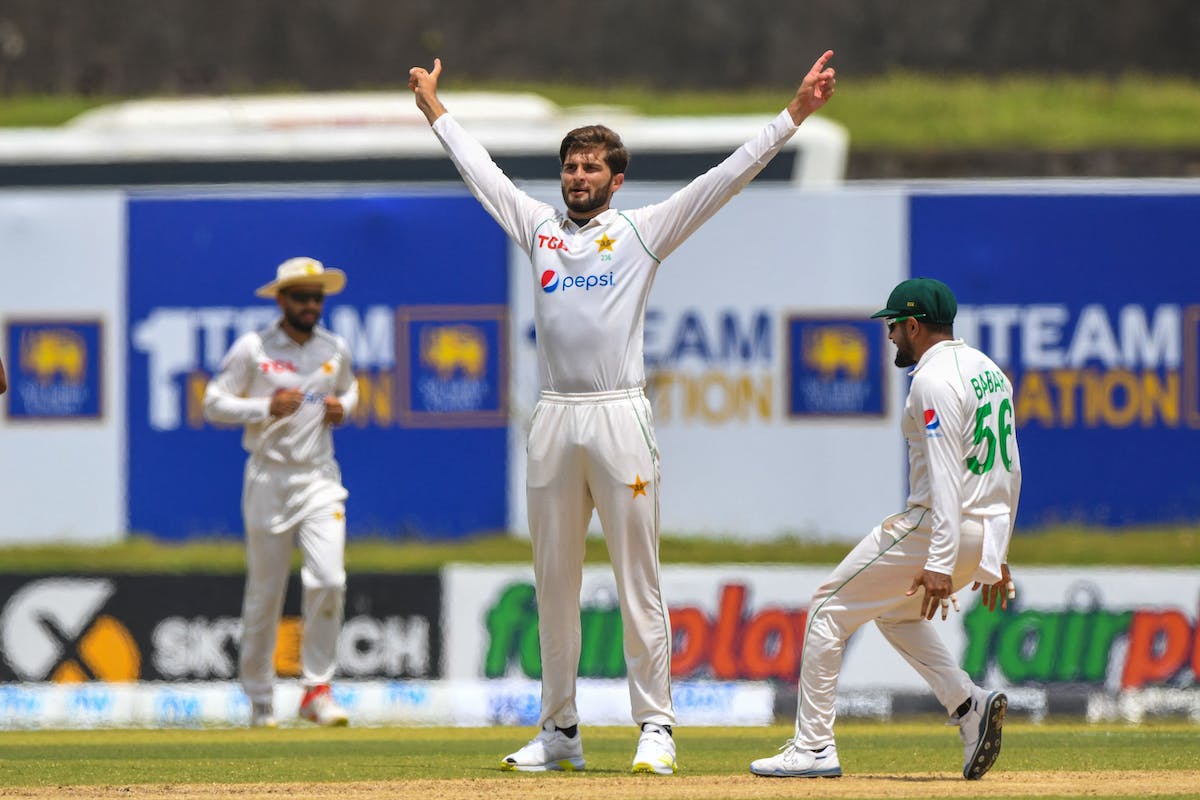 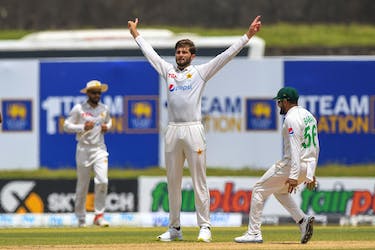 Pakistan have been dealt a huge blow days ahead of the second Test against Sri Lanka as pace spearhead Shaheen Shah Afridi will take no part in the contest due to sustaining a knee injury. The left-arm pacer, who pocketed four wickets in the first innings of the first game, bowled only 7 overs in the second dig, not bowling post the 18th over of Sri Lanka’s second innings. The visitors were sweating on his fitness but it has now been confirmed that the 22-year-old will miss the second Test.

It is a significant blow for Pakistan, who have no like-for-like replacements on the bench. The visitors, however, do have the option of drafting in Haris Rauf, who would have all but made his debut against Australia three months ago but for Covid throwing a spanner in the works.

Babar Azam’s side also have the option of picking all-rounder Faheem Ashraf to beef-up the batting, or pick Nauman Ali to add an extra dimension to the spin-bowling department.

Earlier, hosts Sri Lanka too suffered an injury blow with SLC confirming that Maheesh Theekshana will take no part in the second Test, which will kick-off on Sunday, July 24.