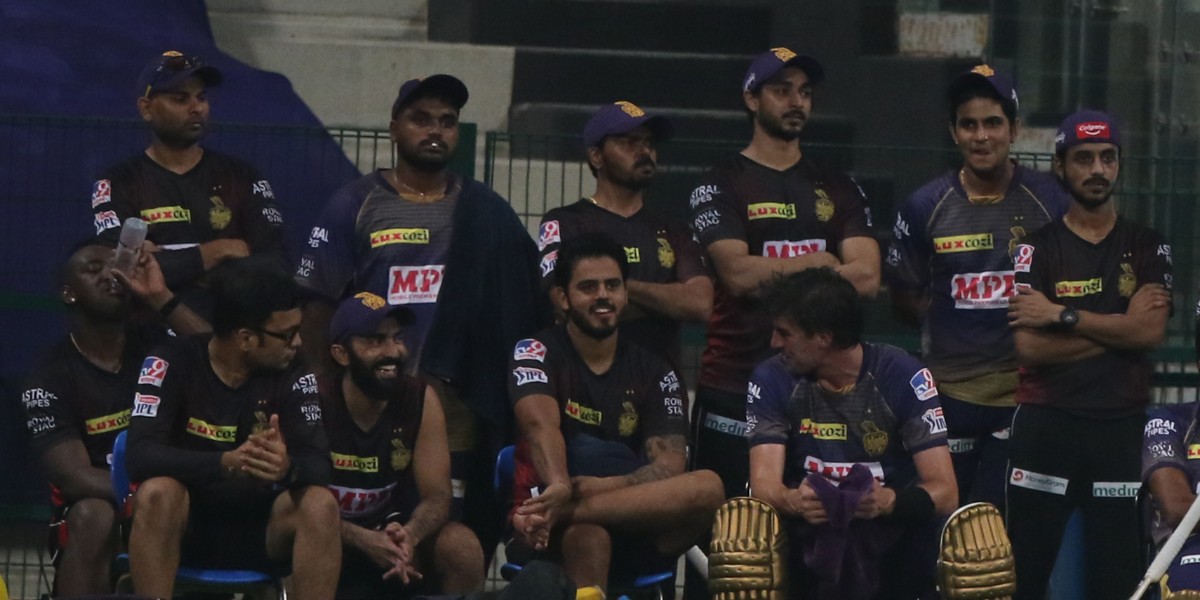 Hardik Worah
Kolkata, Hyderabad eye first win
The two teams rely a lot on their overseas stars but their fate might be decided by how the young guns perform

After suffering contrasting defeats in their respective season openers, Kolkata Knight Riders and Sunrisers Hyderabad have got a few concerns that they need to take care of as soon as possible. While the Dinesh Kartik-led side were outclassed by Mumbai Indians in their first encounter of the Indian Premier League 2020, Hyderabad goofed up big time and handed the game to Royal Challengers Bangalore on a platter.

The two teams will now face each other at Sheikh Zayed Stadium in Abu Dhabi on Saturday (September 26) and would try to turn their fortunes around and get those two crucial points to hit the ground running before it gets too late.

Just glance through Hyderabad's batting scorecard against Bangalore and you would easily notice where the problem lies. Their inexperienced middle-order was exposed against RCB and it played a massive role in their 10-run defeat. Chasing 164, Hyderabad were 121 for 2 at one stage before they collapsed to 153 all-out. The Orange Army lost their last eight wickets for just 32 runs. Don't get us wrong, Vijay Shankar, Priyam Garg and Abhishek Sharma are talented individuals but by no means do they strike fear into the hearts of the opposition.

There is no news on Kane Williamson's availability. The New Zealand skipper pulled a muscle while training and wasn't available for the first game, while Mitchell Marsh has been ruled out of the tournament after twisting his right ankle in his very first over. Hyderabad don't have solid Indian options in the middle order but they could bring in someone like Mohammad Nabi who's an experienced finisher.

Yes, it's only been one game but domestic batsmen like Virat Singh and Abdul Samad are much more suited down the order than Garg. They could make a couple of changes here and there but the top-order comprising of David Warner, Jonny Bairstow and Manish Pandey will still have to bat with much more responsibility and not get out in a reckless manner, like the latter two did against Bangalore.

On paper, Vijay Shankar provides great balance but the all-rounder from Tamil Nadu hasn't done anything fruitful for the franchise since 2019. Barring one innings, Shankar has always batted in the top five for Hyderabad since 2019 but has only managed 244 runs in 15 innings at a mediocre average of 18.77 and a strike rate of 125.8. The right-arm seamer hasn't done much in the bowling department as well, picking up just two wickets at an average of 42 and an economy rate of 9.

In an inexperienced middle-order, the SRH team management would expect much more from an experienced campaigner like Shankar. Hyderabad don't have a like-to-like replacement for Shankar but if the 29-year-old keeps underperforming, they could replace him with a specialist batsman, which for now is highly unlikely.

YOUNG GUNS NEED TO STEP UP

Both teams have some outstanding overseas players, but not many Indian international stars. The two sides have quite a few young Indian players and they rely a lot on them. Kolkata's pace department features the likes of Sandeep Warrier, Shivam Mavi, Kamlesh Nagarkoti and Prasidh Krishna and they will have to shoulder more responsibilities and support experienced campaigners like Pat Cummins and Sunil Narine. Meanwhile, this could very well be the breakout season for Shubman Gill. The talented batsman from Punjab didn't do much in the opening encounter and would be keen to own this season.

The SRH too have their fair share of youngsters. As a matter of fact, most of Hyderabad's domestic middle-order batsmen are below 23. The likes of Garg, Abhishek, Virat and Samad will have to step up their game straightaway if Hyderabad want to make it to the playoffs. They have a solid top-order but the team management would want the aforementioned named to finish games for them.

Kuldeep is currently one of the best spinners in white-ball cricket but the left-arm spinner has been in horrendous form in the IPL since the last edition. The 25-year-old has only picked up four wickets in the 10 IPL games he has played since the last season. Kuldeep didn't have a great start to this season either as he conceded 39 runs in four overs against Mumbai and was very inconsistent with line and length. He actually has pretty decent numbers against Warner, Bairstow and Pandey in T20s and would look to turn his fortunes around against the Sunrisers.

GET THE BEST OUT OF MORGAN AND RUSSELL

Kolkata were chasing 196 against Mumbai but their two most explosive batsmen - Eoin Morgan and Andre Russell - only walked in to bat after the end of 10 overs. When Morgan came in at No. 5, Kolkata needed 125 off 59 deliveries, and the equation went up to 119 off 50 when Russell got the chance to bat. It's only been one game but Kolkata will have to make sure they use Russell and Morgan's game-changing ability to fullest.